Softball on a Saturday

We went to a ward activity on Saturday morning and enjoyed some good food and company before the heat of the day got to us. We still left dripping with sweat, but it wasn't as bad as if we had been out there in the afternoon!

One of the biggest draws of the morning was a big game of softball. I didn't participate because...softball. Well, that and because I had to hold the baby (Zoë is not a fan of any activity where she has to be held by someone other than me). But Andrew and Rachel played! 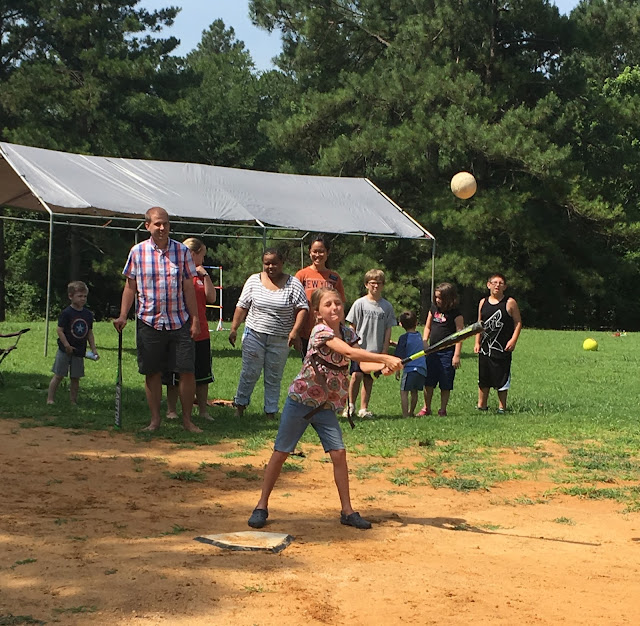 She had to have a little coaching on how to stand and hold the bat (because I am not sure that they actually play real sports in elementary schools these days (though to be honest it's because I played real sports in PE that I know to sit out of softball as an adult (because I never had any fun ever playing softball or baseball or most sports))) but she hit that ball and headed to first base. 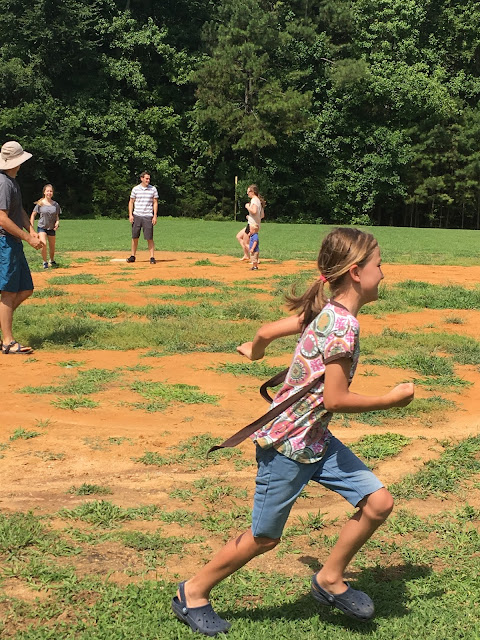 Andrew went next. I didn't realize until just now that he played barefoot the whole time! Here's Andrew running to first base and Rachel not realizing that she's supposed to be headed to second. But that's totally okay because the person on second hadn't yet run to third. It was a pretty lax game, rules-wise (so maybe I could have played after all!) but everyone had fun, which was the real goal. 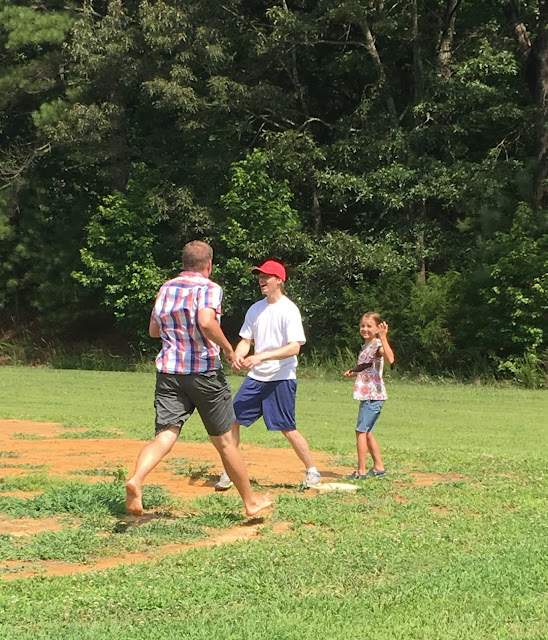 Rachel ended up making it back to home plate (which she bent over to touch with her hand) but I think Andrew got out. Maybe. I'm not sure. I probably had lost interest by that point....or became more interested in making sure Benjamin hadn't wandered off too far. Miriam was also wandering off but I can trust her not to wander off but Benjamin, not so much. 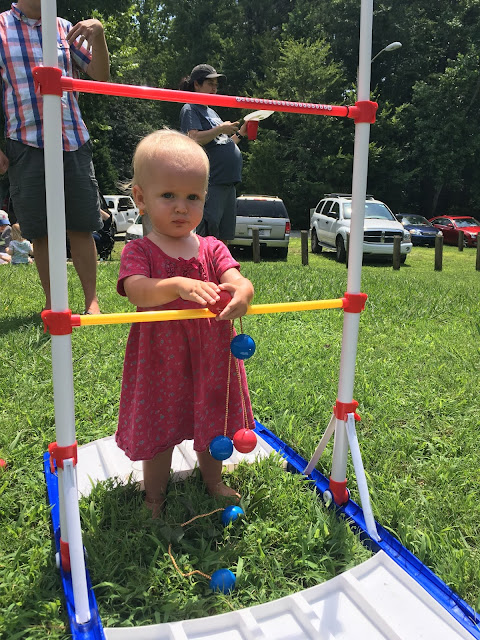 We ended up coming home tired and sweaty, carrying more watermelon than we'd arrived with, and smelling slightly of dog poop (Benjamin found some with his shoe), so all in all it was a great morning!
Posted by Nancy at 11:02 PM