This morning I took the kids to see a (free) summer movie at the theatre. Rachel had mentioned something about wanting to see Minions and I remembered seeing that title on the list of summer movies, so decided we'd be sure to put that movie on our calendar. I'm not sure how many others we'll make it to, considering we missed the first three movies and next week is our last week off school...

I'm not big into the whole movie theatre experience. Movie theatres are dark and loud and filled with strangers and have sticky floors. Besides, we have too many babies and not enough money to be regular cinema attenders.

Anyway, this morning when I woke the kids up to get ready they very happily complied. Rachel put on the minions t-shirt Naanii gave her for Christmas a couple of years ago and asked, "Is this at a real theatre?"

"Yes, it's at the regular theatre you've been to many, many times," he answered.

"Twice," she corrected him.

But later we figured it out and we think she's actually been to the theatre at least four times. That's like once a year. Not bad!

We enjoyed the movie, except for Benjamin (who tends to not like either loud sounds or feature-length films) and Zoë (who was also bothered the sound and the length). It was fun to be in a theatre packed with children though (because you know all the families with tons of kids flock to the theatre for these free movies, right). So much giddy laughter at every silly joke!

In the afternoon, once our seemingly daily thunderstorm was over, we headed to the pool where Zoë decided to take a pair of goggles for a spin. 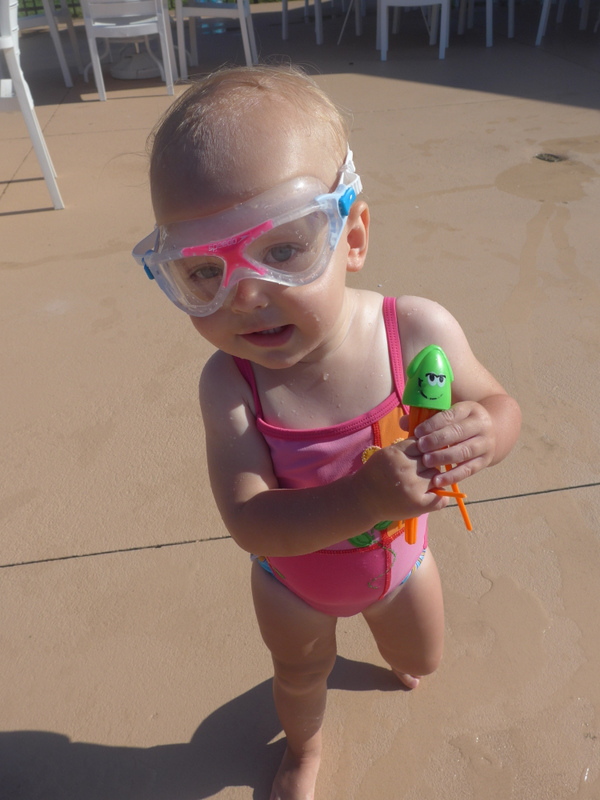 Ultimately she decided she didn't like them all that much, so she took them off. 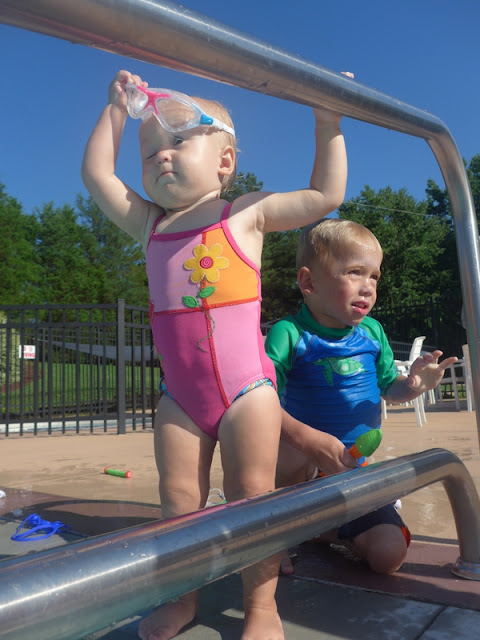 Let's zoom in on that face there... 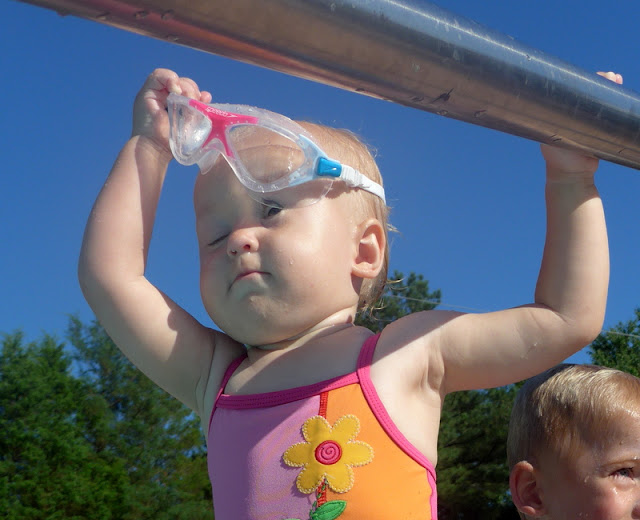 She was so worn out by the end of the day that she couldn't even handle life when we got home from the pool. Often I sit down to cuddle and nurse her while Andrew makes dinner but he wasn't home to make dinner, which meant I had to make dinner and deal with little Miss Grumpypants, so I strapped her to my back and got to work. She fell asleep by the time the second batch of french toast was ready to flip. 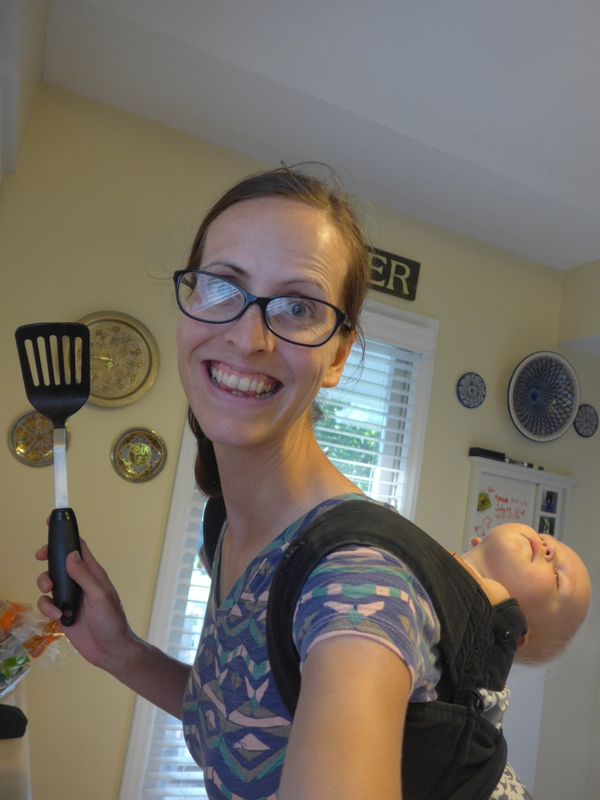