Last night was "Meet Your Teacher" night at the school, so we went to meet the girls' new teachers and say hello to their old teachers before heading out to buy school supplies. Fortunately this year's "Meet Your Teacher" night was held indoors. Last year they tried having it outside, which I heard was miserable. I wouldn't know because I missed it (I was still in Utah), but Andrew took the kids and I heard it was hot and miserable. Apparently so many people voiced their complaints that it was moved back inside this year—and a good thing, too!

It was like a sauna outside yesterday—90+°F with humidity up to 90%—so I don't think anyone had any desire to wander around the school's field meeting new people.

This yanking continued at the store.

Granted, it was getting late and the kids were getting tired and no one really wanted to be shopping... 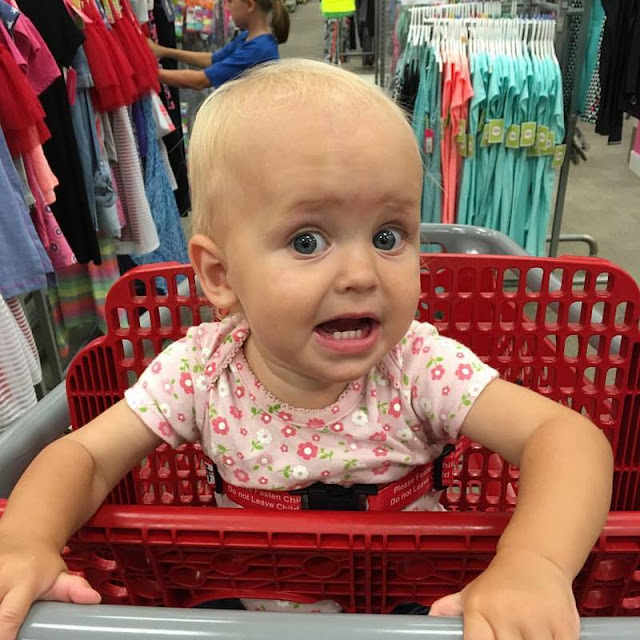 ...especially not this little one... 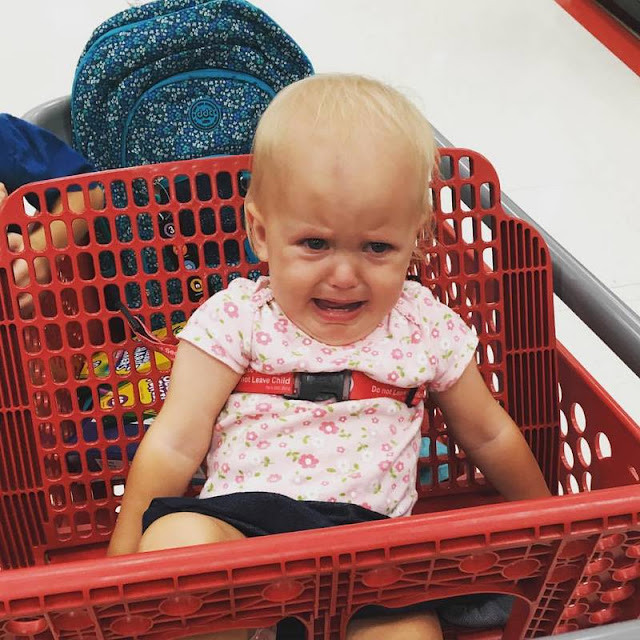 ...but it really was no excuse for Benjamin's constant yanking.

Then I heard some random lady say, "Oh, poor Benjamin! Did your mom drag you out school supply shopping?"

And I was like, "This is breaking so many social norms! Why is someone addressing my child by name in a store?!"

But then I saw that it was actually Suzi (who was Miriam's TA last year) so I laughed at myself (inside) and we chatted for a few minutes. She told us to put our crayons back and pick them up at Office Depot for half the price, since we had to stop there anyway to get a specific pencil box that all the second graders need (her family had just come from there so she knew they were in stock).

I still can't believe the girls are getting this old. I don't think I'll ever believe they're as old as they are. A few years ago we made a deal with Rachel, that she could pick out a more expensive, less princess-themed backpack if she'd use it for multiple years in a row. She used it for second and third grade and this year she asked if she could get a new backpack this year but we convinced her to keep it one more year and just a new keychain to put on her zipper instead.

Miriam, however, quite adamantly insisted on getting a new backpack.

"You can still use yours another year," Andrew said. "It's in good condition and..."

"I'm in second grade!" Miriam said. "I'm moving to a new hallway! I can't use my old backpack!"

"Your old backpack is fine," Andrew said. And that's true. It's in great condition. However...

And then we made the same deal with Miriam that we'd made with Rachel a few years ago. It's kind of weird that the "plain" backpacks are more expensive than the "branded" backpacks. But for whatever reason they are. Miriam chose a turquoise floral backpack, which she's sure she'll still like in a few years time.

Both girls have their school supplies ready to go in their backpacks; we're quite excited for Monday!
Posted by Nancy at 8:34 PM