Today we had so many good things on the table that we had to pick and choose, which was difficult. A few weeks ago we saw an advertisement for a free children's concert that the city orchestra was putting on. I sent a link to Andrew and said, "We should go to this!"

"There's nothing on the calendar..." I said.

Suddenly the whole day was blocked off. It's a good thing he puts events on the calendar right away so that I know about them! So we didn't get to listen to the orchestra.

Instead we went to a grad parents activity at the Eno River State Park. Andrew's the president of the grad parents association, so I guess it's important that we go. We arrived at the pavilion and people started showing up...but the food kept not showing up. It took a while for us to figure out that we were at the wrong pavilion altogether. Andrew went out in search of the correct pavilion where he found the staff coordinator wondering where everybody was.

We rerouted everybody, made our way to the correct pavilion, and then waited for the pizza guy, who was also lost.

All the confusion certainly didn't leave us much time to socialize. We ate and then ran off to Rachel's soccer game. She missed her first soccer game last week (because she woke up in the morning and threw up twice) and missed practice on Tuesday (because she was still recovering from being sick over the weekend), so she was happy to get back out on the field. 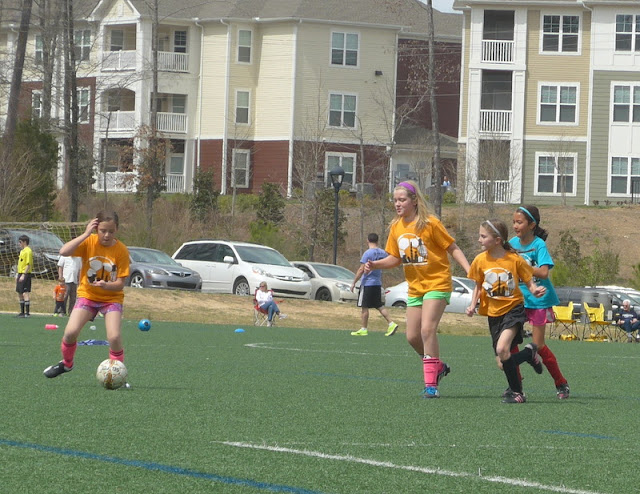 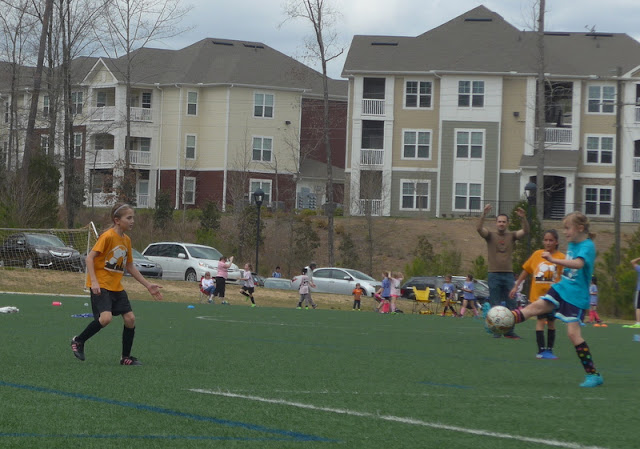 Here she is cheering after one of her teammates scored a goal: 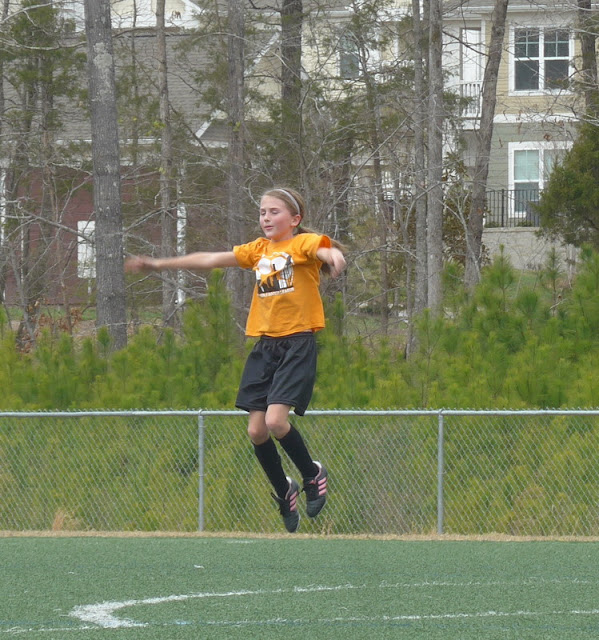 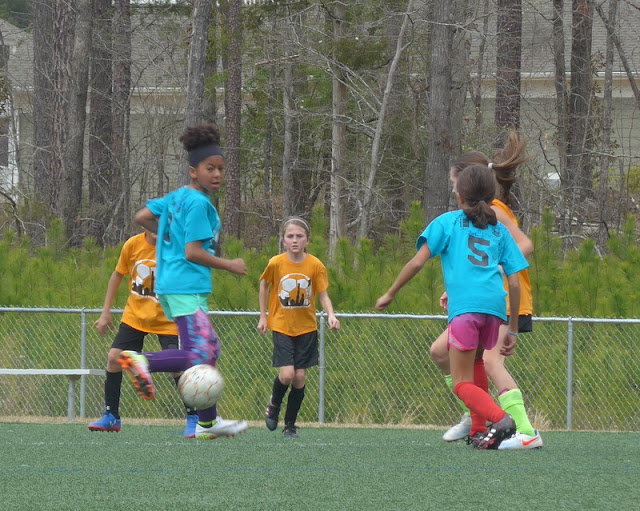 The littler ones spent their time wandering around the park. Miriam and Benjamin walked around the perimeter of the field(s) on their own and came back looking rather proud of their independence. Zoë preferred climbing up and down the stairs. 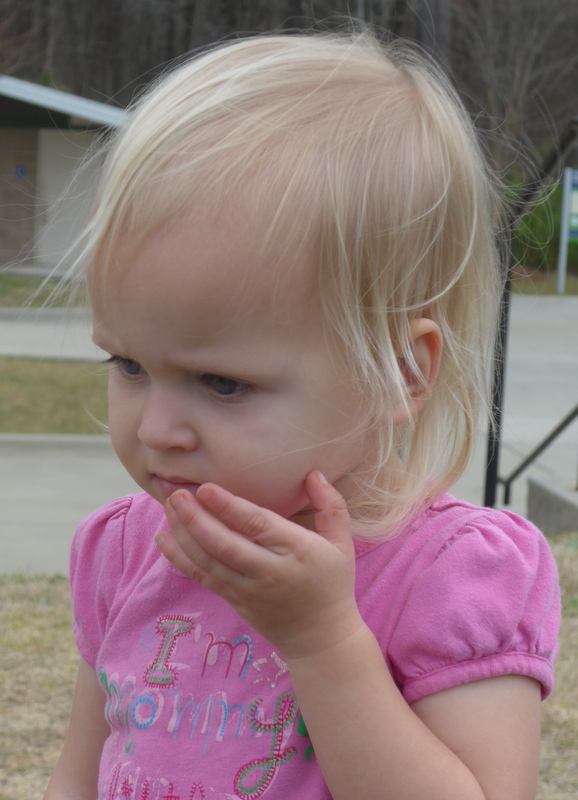 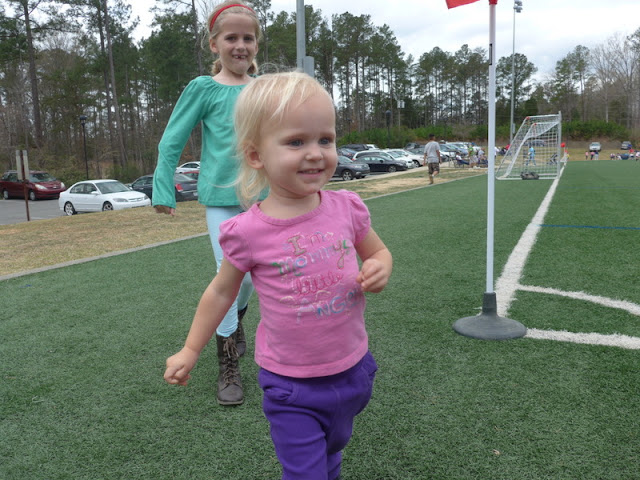 After soccer came shopping and cleaning and dinner-and-a-movie. The kids earned a movie night by cleaning their rooms well. They'd wanted to watch the next episode in A Series of Unfortunate Events. Unfortunately, we didn't realize until after we'd promised that they'd already watched every episode that's been produced thus far. So that show will have to wait. Instead we watched the 1971 version of Willy Wonka and the Chocolate Factory, which they all seemed to enjoy (Miriam was singing the Oompa Loompa song in the shower if that's any indication).

This evening Rachel and I went to the church for the Women's Broadcast. We met beforehand for "square" desserts and appetizers (the theme was "be there or be square") and then watched the broadcast together, which was wonderful, even though Rachel and I both kind of wanted to stay at home in our lounging clothes instead.

Andrew was bathing Benjamin and Zoë when I left and I didn't realize until we got there that I wouldn't be there to nurse her before bed. I was a little bit sad because today is the first day she hasn't nursed at all. I was also a little bit worried for Andrew because she's never gone to bed without nursing first in her life, but he texted me to say she fell asleep within five minutes—which is amazing because she's not asleep now. She woke up around 10:00 and has been fighting going back to sleep ever since, crazy girl.
Posted by Nancy at 11:14 PM