In their defense...it was really coming down for a while. So, naturally, my kids decided this would be the perfect day to ride their bikes. They wanted to go on a family bike ride around the neighbourhood but I nixed that idea—since Miriam hasn't quite mastered her bike and I'd end up having to pull around Benjamin and Zoë. Ha!

Instead they rode up and down the street together. 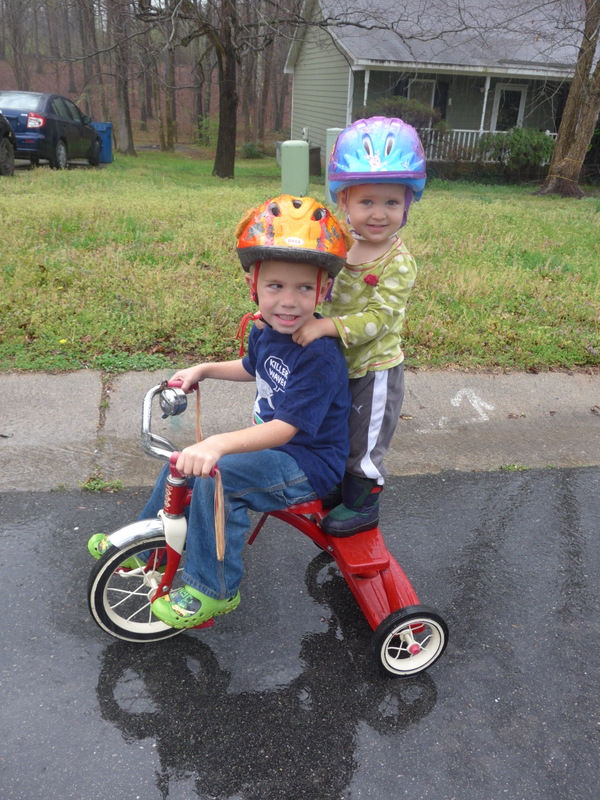 Rachel spent a little bit of time riding her bike, but she also was being a helpful big sister while I gave Miriam some riding lessons...so I missed getting any pictures of Rachel riding, but I did get plenty of her watching Zoë: 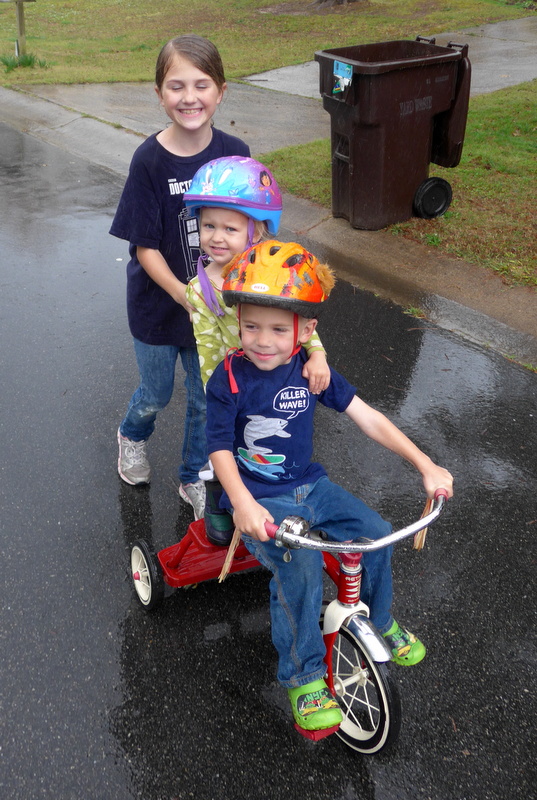 Here's Miriam trying to get her feet on her pedals: 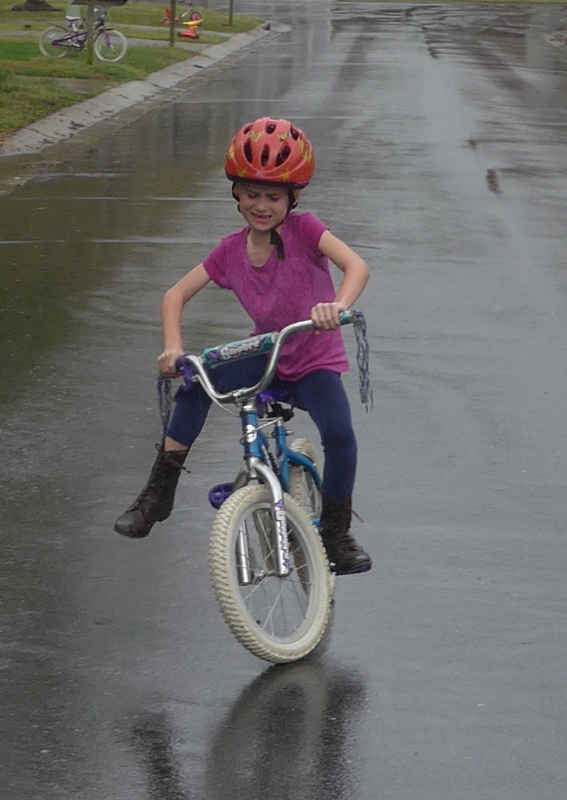 And here she is taking off: 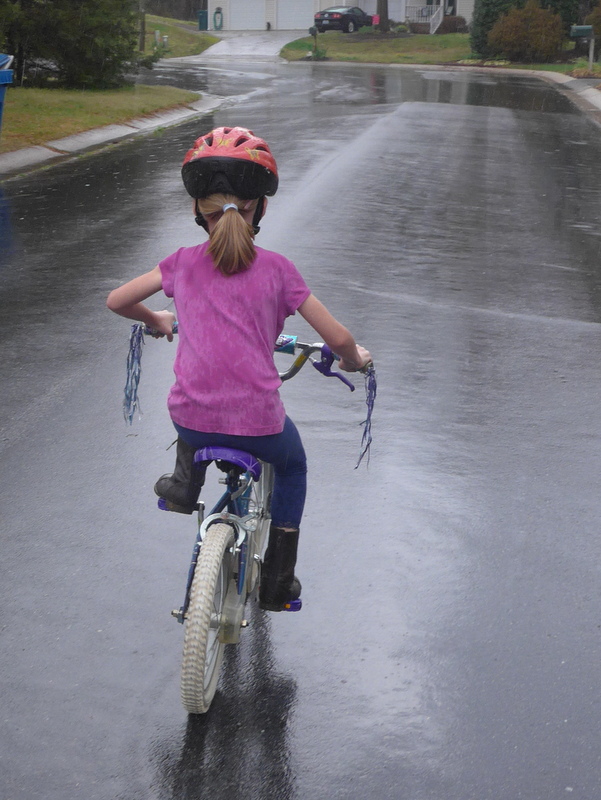 She was pleasantly surprised when she finally managed to get her balance: 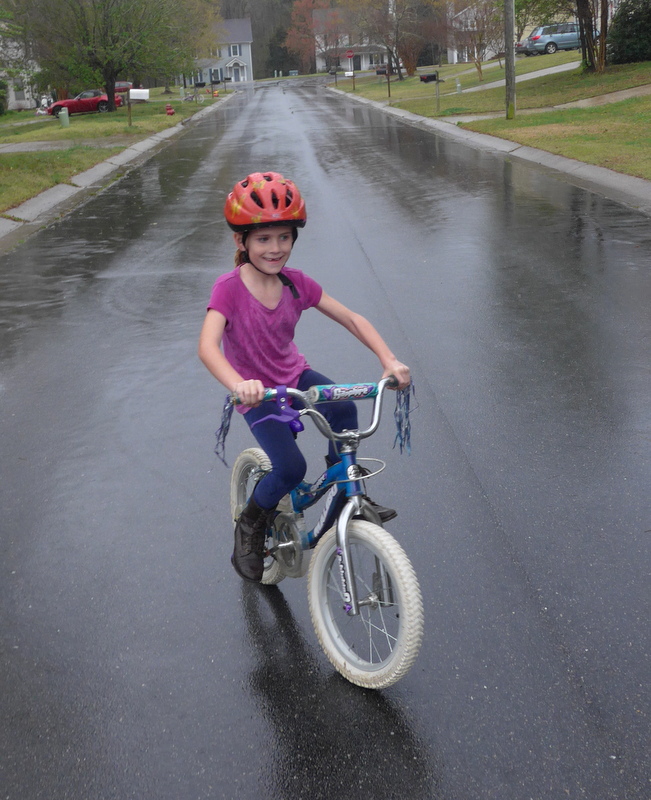 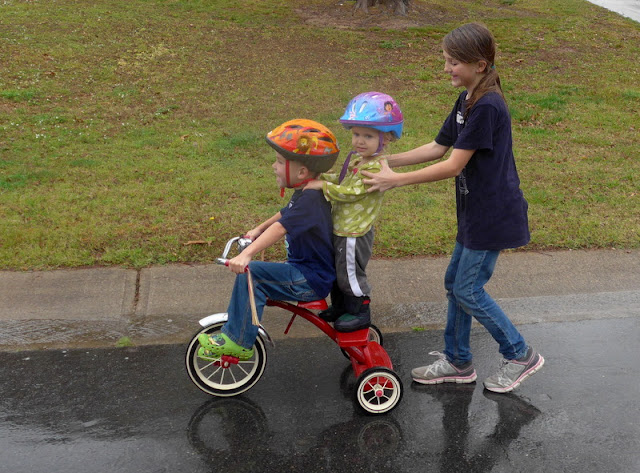 As it began raining harder and harder the children gradually abandoned their bikes in favour of puddle stomping. 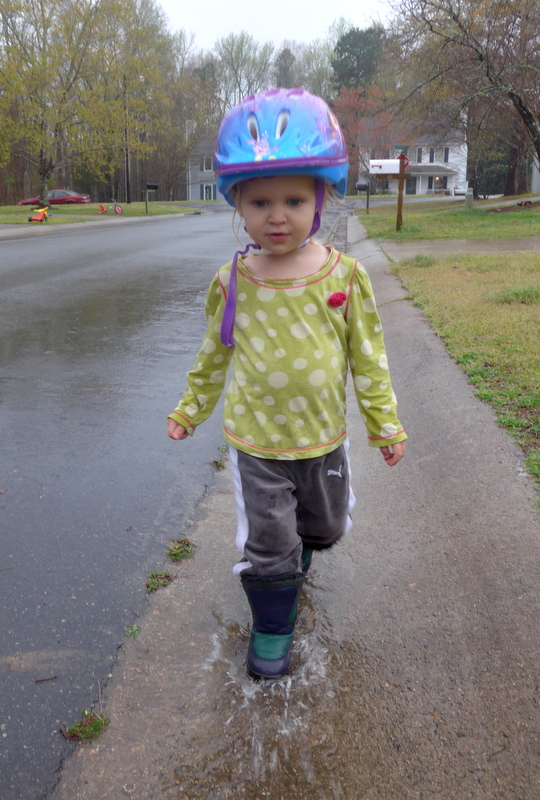 Zoë's feet got wet, which made her sad, so she insisted on coming inside to take off her boots. But then it really started raining and she escaped back outside in hot pursuit of her siblings: 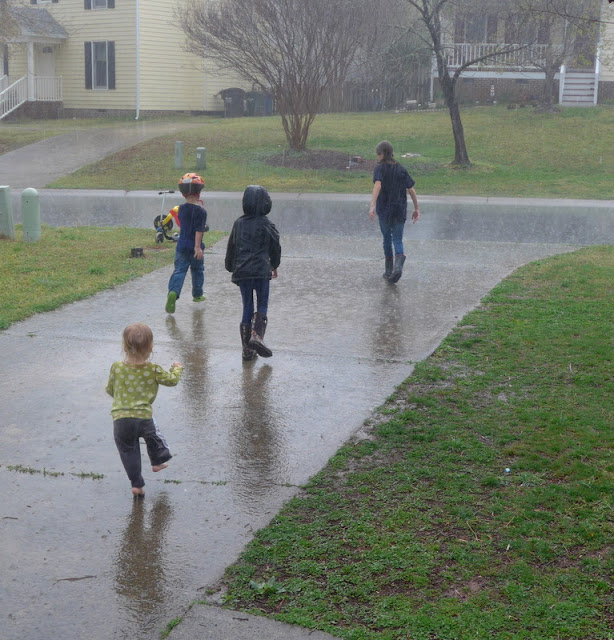 Soon Miriam and Rachel abandoned their boots as well: 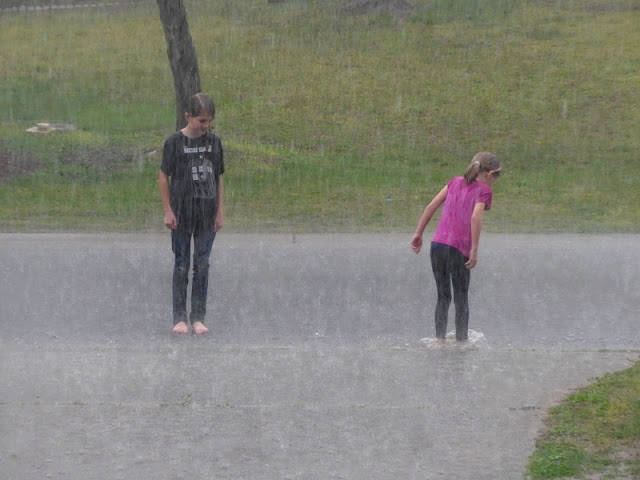 Our yard is one big puddle and our eaves were so full of water that our spout couldn't even handle it. Even though water was gushing out the end, a little water fountain burst out of the joint: 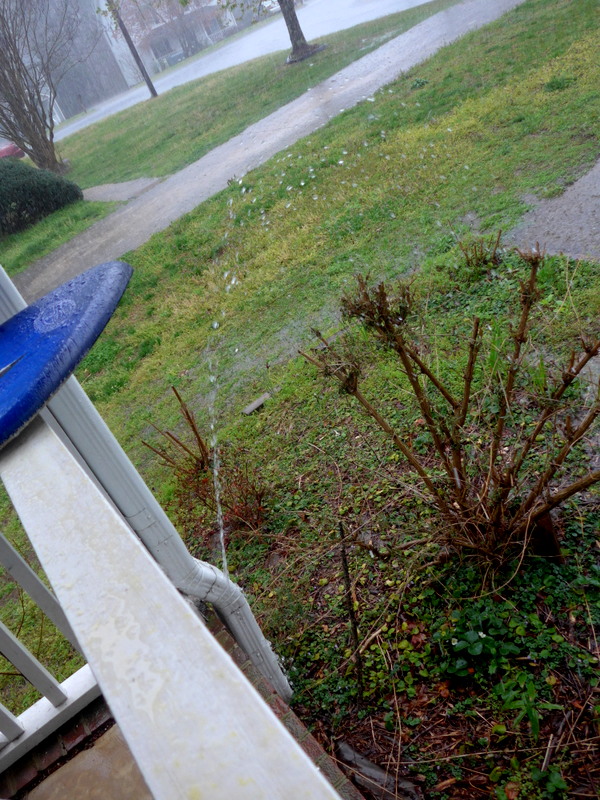 I don't know that visiting a farm would have been very much fun in this weather...but it's nearly sunny outside now!
Posted by Nancy at 12:09 PM