After we'd had our fill and were tired and cold and sandy, we decided to head to Fort Fisher, so I looked it up and found—and remembered—that they had a beautiful beach with lifeguards and a picnic area and foot showers and clean restrooms...ha!

That's where we swam the last time we stayed at Carolina Beach. How could we have forgotten?
So instead of awkwardly getting dressed in our van behind a tent of towels, we drove over to Fort Fisher and used the facilities there, which was rather nice because our children were in woeful need of a good rinse-off.

Feeling much more clean and fresh (but still terribly worried about all the sand in our hair (that's what you get for lying in the sand, Rachel)) we took a little self-guided tour around the fort (which mostly involved following the toddler wherever she wanted to go).

Miriam was most excited to climb onto the parapet.

Benjamin was simply excited to not be at the beach anymore because "the sand gave [him] a rash and so [he] didn't have fun at the beach" and he was glad that we were finally someplace he could have fun (if he hadn't have gotten a rash the beach would have been his favourite part of the day but, alas, it was relegated to second place and visiting the fort became his favourite part).

Rachel kept talking about wishing she could take a shower the whole time (you can't really rinse your hair well at a foot-rinsing station, which is all the Fort Fisher beach has, though we were very grateful for it).

We had a fun time walking around the fort, though, and maybe even gleaned a little historical knowledge from the signs along the path.

This particular sign mentioned a Benjamin Butler, which we thought was funny (because 'butler' is one of Benjamin's little insults). 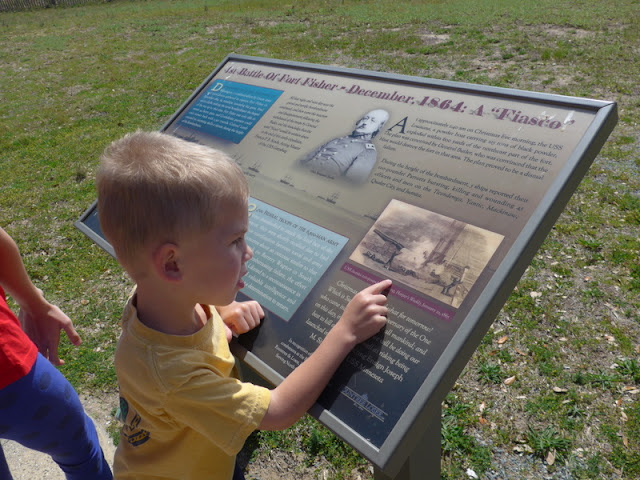 Here are Miriam and Zoë pointing out Benjamin Butler on the sign. I'll let you guess which one actually pointed to the right picture: Here are the kids looking out at the rigs/cranes/things out at sea: 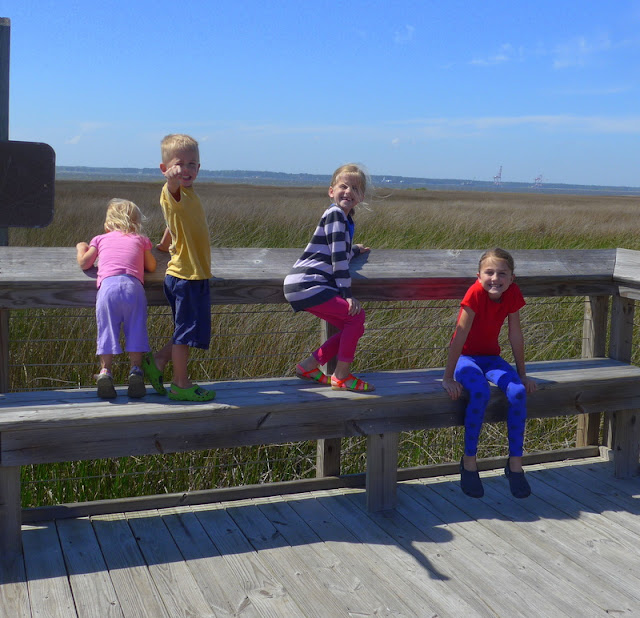 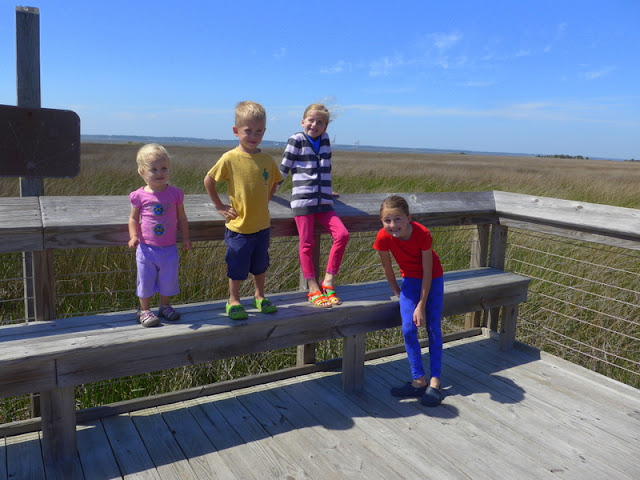 And here we are up on the parapet by one of the cannons: 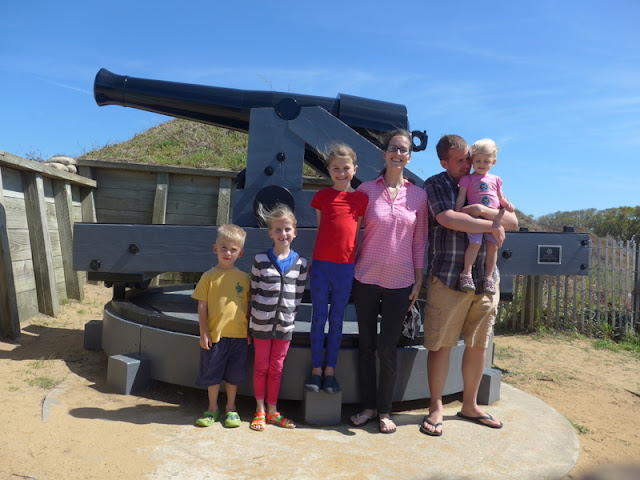 You get to see two pictures because while I think Miriam, Rachel, and I look nicer in the first one, the others look better in the second one: 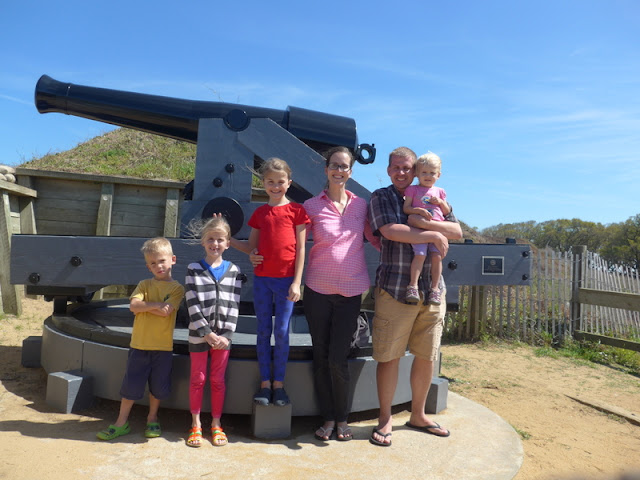 Here's Zoë attempting the long staircase by herself: 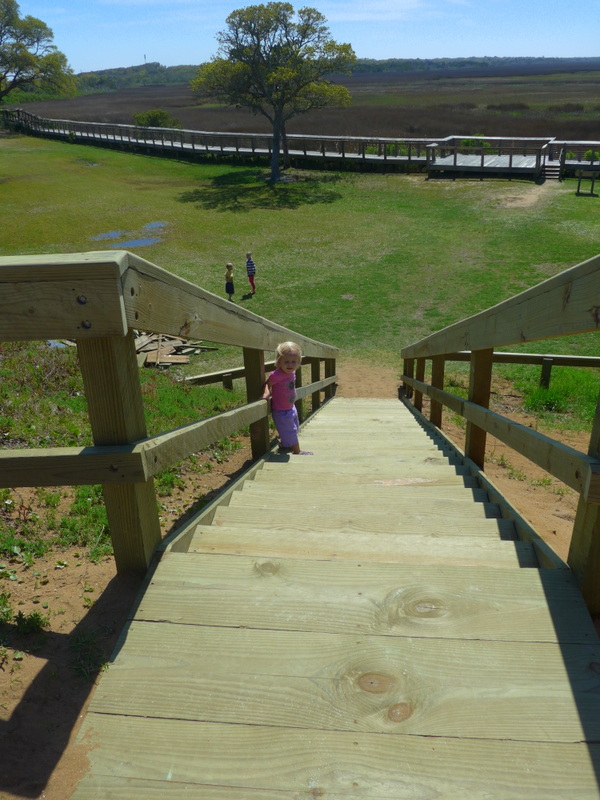 And here's Zoë turning around to say, "No! Momma!" when Andrew went down to help her. 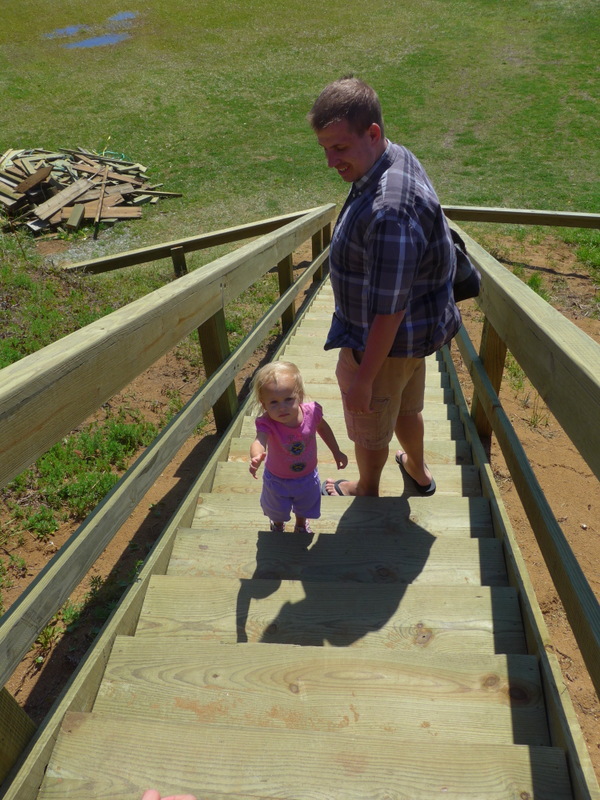 We walked out to a little memorial out by the sea: 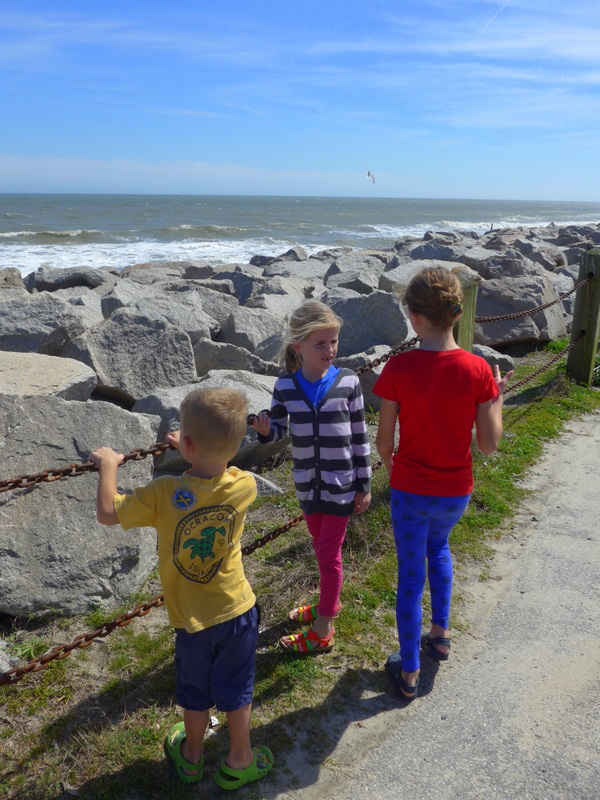 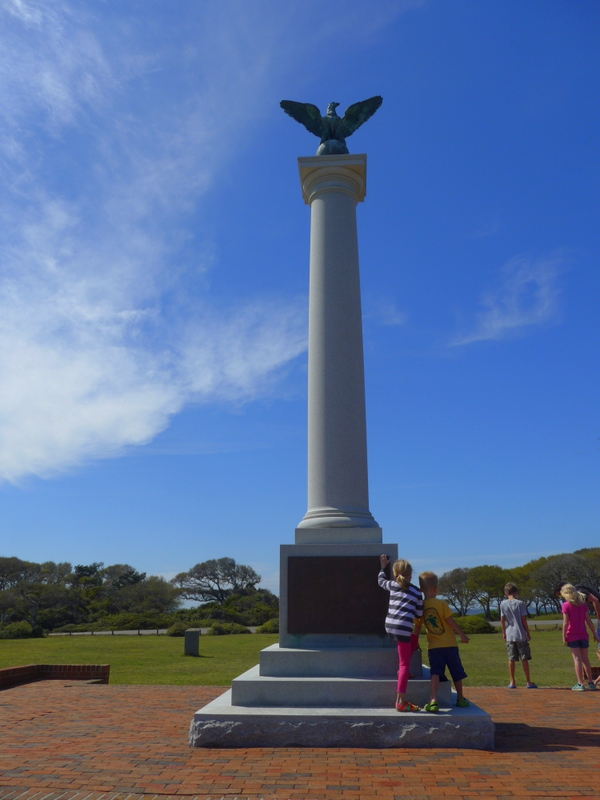 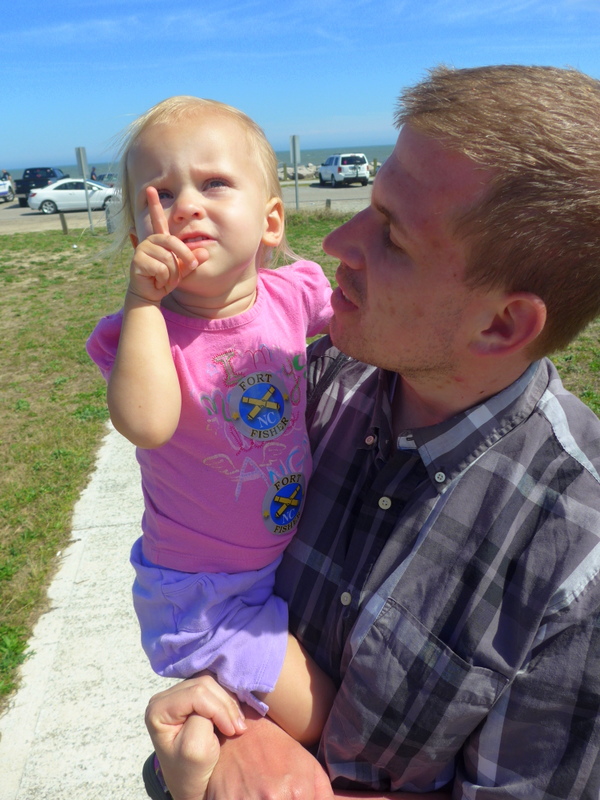 And here are the kids sitting nearly-nicely for a picture: 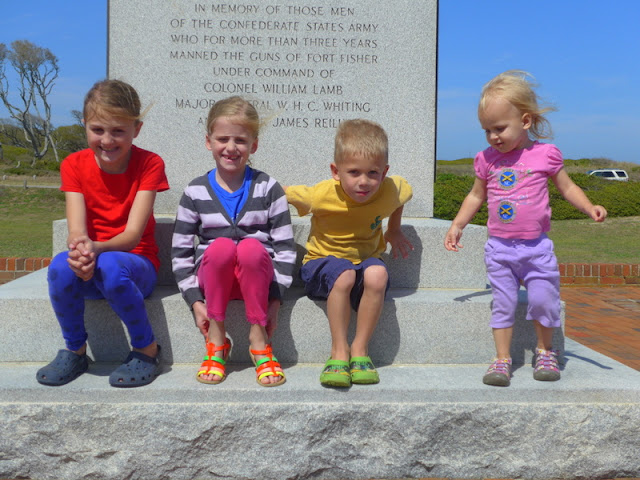 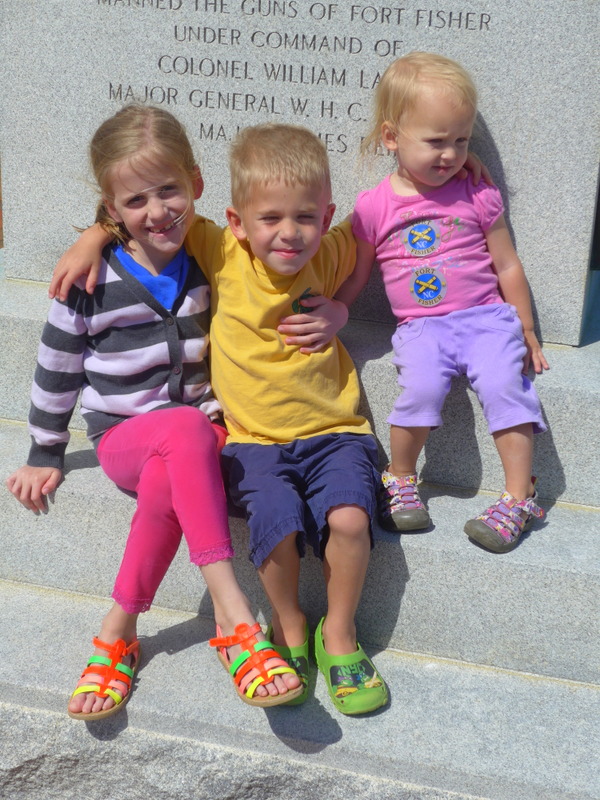