Traditions surrounding General Conference abound in LDS families. I'm not sure that we necessarily had many while I was growing up, but that was in the days when we lived off "in the mission field" and before the internet, so usually we went to the church building to watch conference.

It was dark and crowded and boring.

My traditions probably involved kneeling on the hard gym floor and colouring too loudly on the metal folding chairs (on a paper, of course, not the actual chair, but it made an awful noise, I'm sure), whining for snacks, and complaining of being bored.

And though there were times in my adult(ish) life where we waited for weeks and weeks to get VHS tapes of conference to watch at church later (hello, Russia) and other times where we'd stay up until 2:00 AM watching conference live, flickering in and out over a shoddy internet connection (hello, Egypt), conference has overall become a home-based activity, as well as a catalyst for creating new family traditions.

I don't know if that's what the church was going for when they decided to put the sessions up live on the internet, but that's what's happened, and I think it's neat (though I'm sure my mom will say she misses the pot-luck lunch between sessions that she enjoyed years ago).

A lot of traditions involve food. I've tried to involve food, ever since my friend Sara invited us over for a session and served homemade orange rolls. I have many other friends whose conference staple is cinnamon buns.

I'm just not good at food traditions, guys. Especially not right around conference.

This conference when I said to Andrew, "Can we please just be the family that gets a fruit and veggie tray to snack on and have that be our conference tradition? Because I just can't..."

We've made cinnamon buns in the past (and I think we even attempted orange rolls a few times) but I've just felt so busy around conference the past few years. Why?

Because another little conference tradition of mine is editing and laying out our family newsletter. It's quite a lot of fun...but it's also quite a bit of work. My great-grandparents had twelve children, so by this point in time their progeny numbers in the hundreds. Not everyone submits news every time (thank goodness), but I usually get a good 20 pages or so, including a short family history section. The issue I put together this weekend was 22 pages. 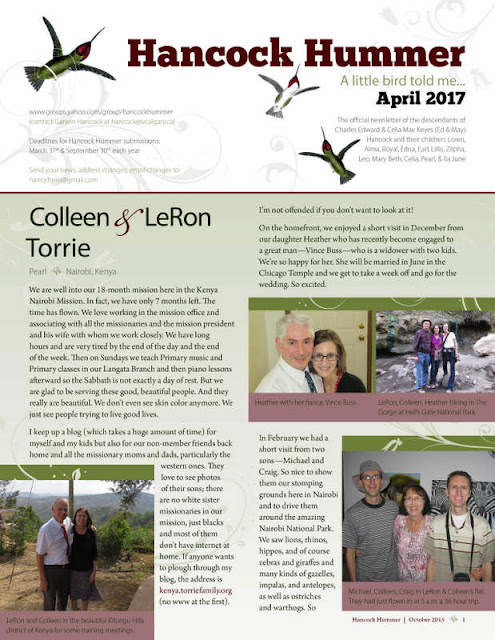 I consider myself a fairly decent editor. I've edited a small handful of books (and a few dissertations/theses) and probably a billion papers/articles (perhaps a slight exaggeration), and though my writing on the blog isn't always as polished as it could be, I tend to do a pretty good job when I turn the editor part of my brain on.

But I always send the Hummer to my mom to look over before I send it out. I'm too close to the project to catch everything. Plus, she often can identify people in pictures that I can't because she knows more of her cousins than I do.

I usually finish it during priesthood session, but this time I was busy putting Zoë to bed (she requires back rubs—for hours—which have basically replaced her nursing sessions (but not quite yet)) so that Andrew could watch the session, so I finished after priesthood session, after Zoë finally fell asleep.

(I have a nasty perfectionist streak and tend to fix things (like this) to death).

But I've already re-uploaded the current issue three times, so there goes my resolve!

In my defence, I noticed (while I was making these JPEGs to put on the blog) that my footer said "October 2015."

You guys, every issue since October 2015 has the same footer!

That's three issues where my mom and I haven't noticed the footer was wrong (and neither have any other readers (at least, not any that informed me)). So obviously since footers are so very important to everyone, I went back in and changed them. 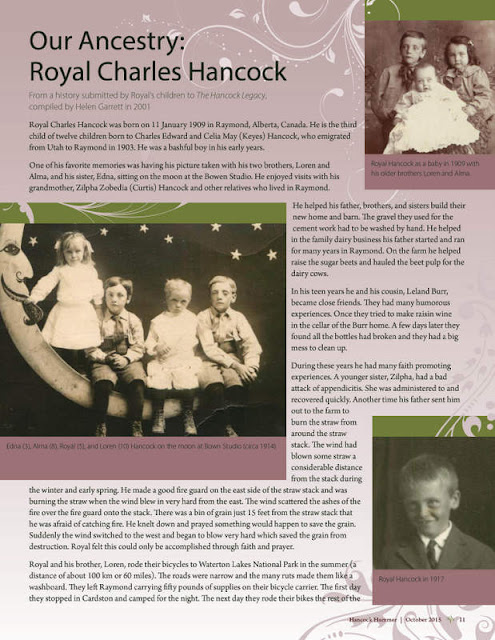 Anyway, I enjoyed President Eyring's talk this morning about family history work and how the hearts of the children will turn to their fathers. Conference time is when I really get my family history hat on, so I'm grateful that I'm tasked with this newsletter so that I can remember to dig into genealogy at least twice a year. 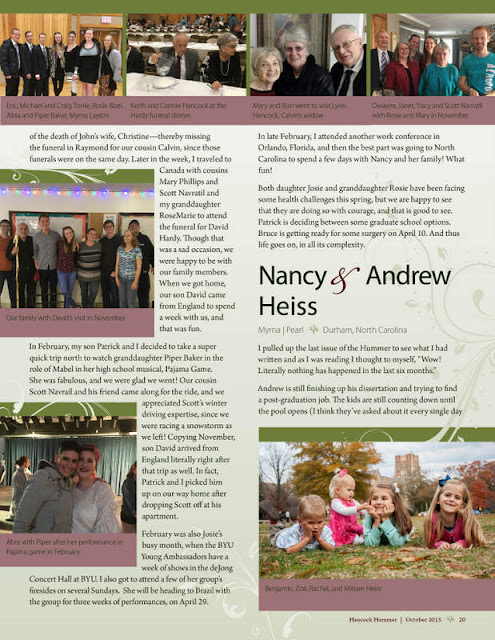 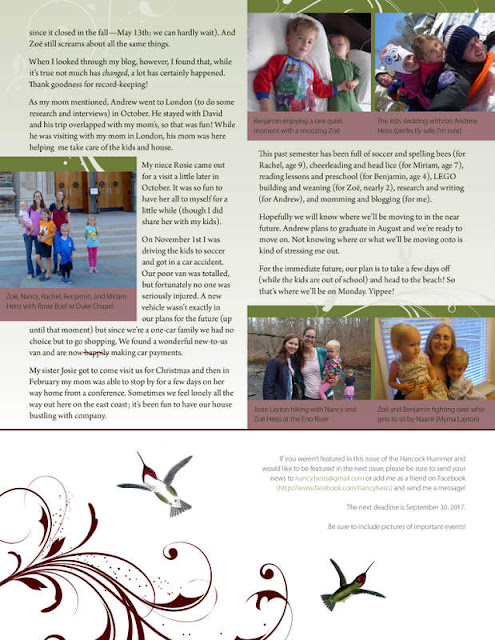