At three months, Alexander has begun developing hobbies other than eating, sleeping, pooping, and spitting up. Hurrah! It's about time. 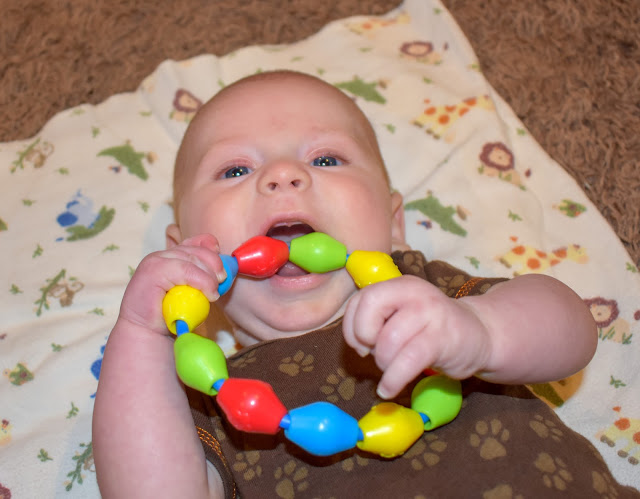 Alexander enjoys grabbing things now, often more accidentally than on purpose, I think. He'll snag his sisters' hair (not mine anymore because I got a mom chop) or bring a burp cloth with him when he's picked up. He likes to hold onto fingers and, adorably, there's a lever in his car seat that he'll reach up and hold onto while we're driving so before you can take him out of his seat you have to get him to let go of the lever. 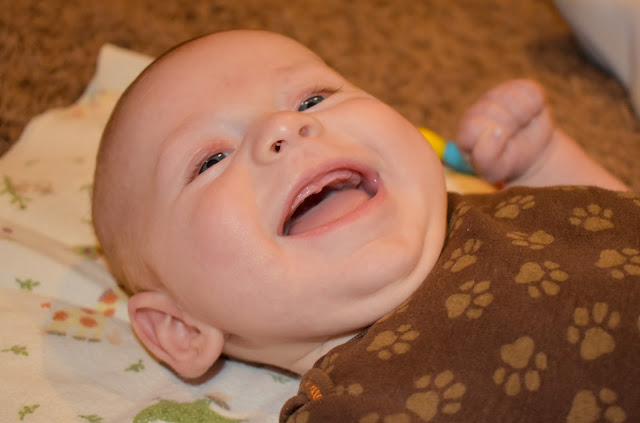 Zoë was giving him a little too much love the other day and he grabbed at her and drew blood.

So, at three months postpartum, Alexander's mother has been trying to remember to take care of basic hygiene needs like trimming baby fingernails...even though Zoë kind of deserved what she got. 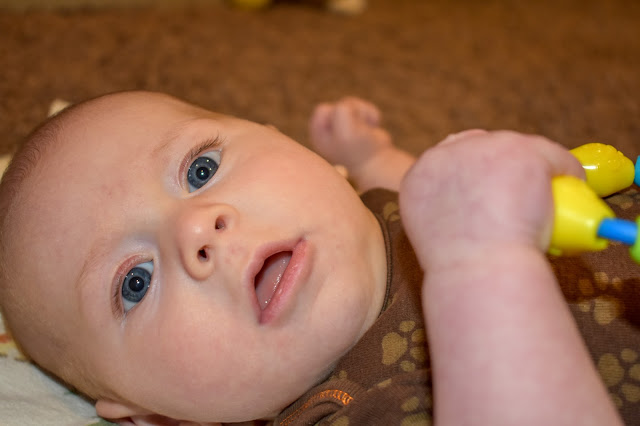 Alexander likes to coo, is finding tickling to be increasingly funny, is becoming quite smiley, and loves kicking his arms and pumping his legs. 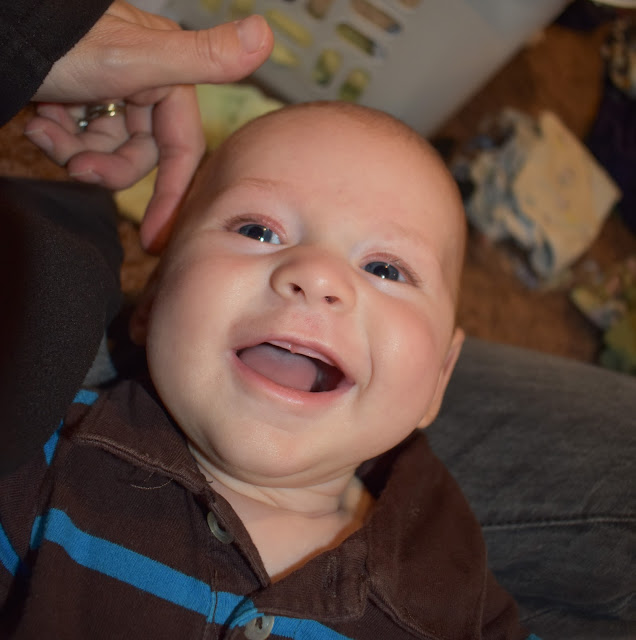 He enjoys watching people walk around the room as long as they don't walk away from him (he protests being left alone). 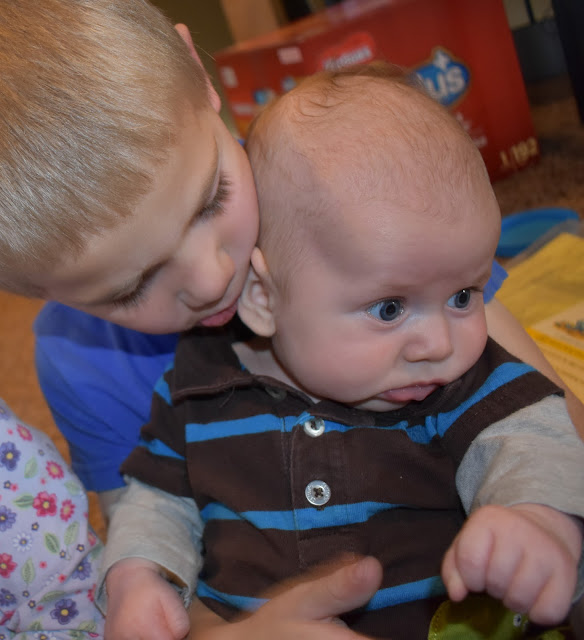 He's sleeping pretty well, which is fantastic. He loves being swaddled. This morning he was fussing so I swaddled him up and he was like, "Thanks, Mom. G'night!" He seems to actually enjoy sleeping (which is great because I happen to enjoy sleeping, too).

He's still breathing noisily enough that I feel like I need a sign to hold up during Sunday School: "Airway Defect. Don't worry; he's fine."

He's suddenly transformed from a squishy little newborn into a curious bobble-headed baby. He likes to sit up (and he's starting to want to stand up (with plenty of help, of course)) so he can hold up his head and look around. He's getting strong enough and big enough that it doesn't completely stress him (or me) out when Benjamin and Zoë want to hold him, so that's nice. 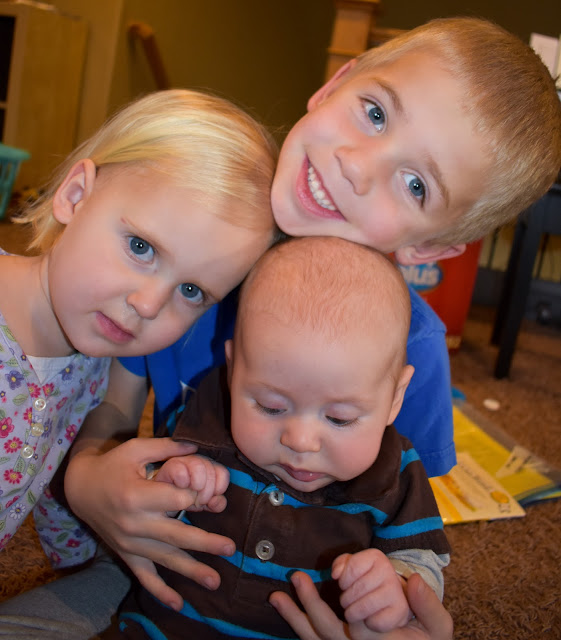