I didn't do anything special, yet Alexander decided to treat me well going into the new year. He slept from 9:30 pm on New Year's Eve to 6:30 am on New Year's Day. It was amazing. And then he went back to sleep and we slept until around 9:00. Here he is, still sleeping, after I woke up in the morning: 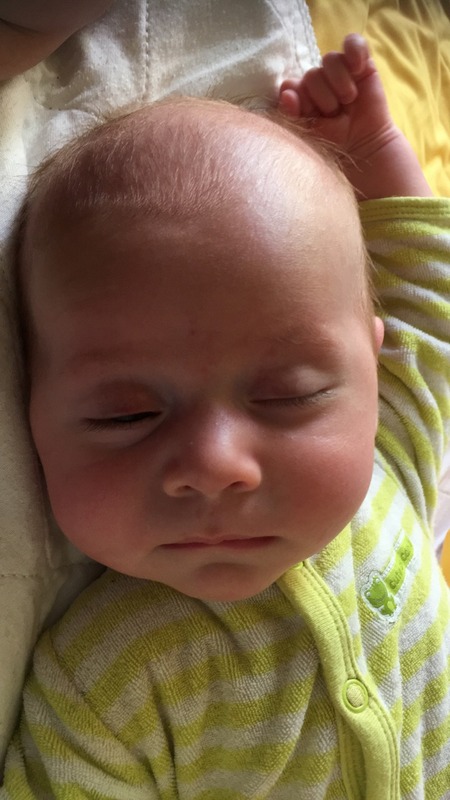 Of course, I'm still waking up to make sure he's alive, but I never quite get to the point of running across the room/hall/house to check if he's still breathing like I had to when the other kids started sleeping through the night (aside from Zoë who...haha...let's just say that I never panicked about her sleeping too long) because his breathing is just so noisy.

I wake up, look at the clock, think to myself, "Wow. He's still sleeping!"

He's really supporting my belief that some babies are just born with the desire to sleep and others, well, aren't. You can throw sleep "advise" to me all you want (I've probably tried it) but I firmly believe that you can lead a child to bed but you can't make them sleep. They're either going to sleep...or they're not. And there's very little you can do about it.

I don't think sleeping through the night is a trend for Alexander at this point (though according to Benjamin's nurses at the NICU, two times is a trend), but I will accept his gifts of sleep when he's willing to dispense them.

Today Zoë and Alex and I went to the church to help clean it in preparation for a funeral tomorrow. A woman in our ward passed away yesterday—from breast cancer—and is leaving behind a rather young family. It wasn't an unexpected death, which I'm sure is how they were able to pull a funeral program together so quickly, but it is still terribly sad. I'm not sure the three of us were much help, but we were some help.

I'm a firm believer in a mother's mite.

Then we walked to the school to pick up Benjamin. It was such a lovely day that we helped ourselves to an afternoon at the park, where Alexander had his first swing. 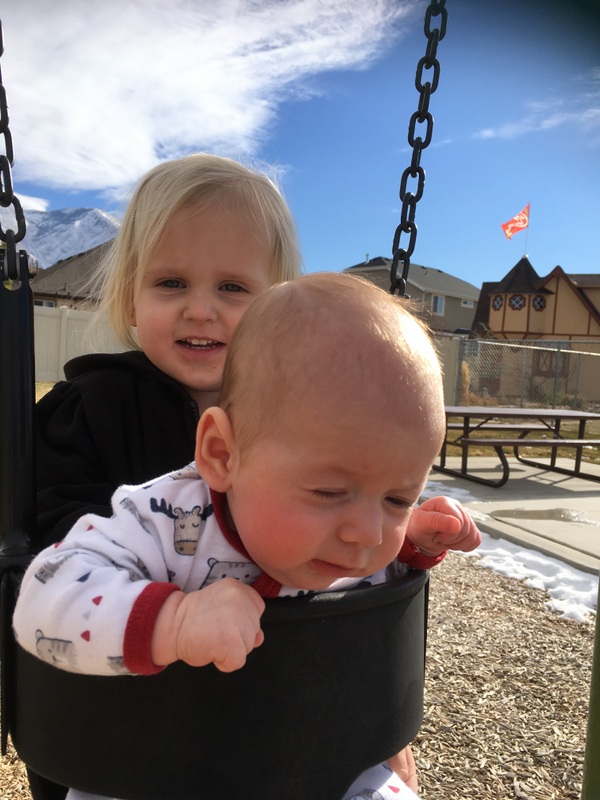 Focusing on the good things about today (and ignoring the parts where Benjamin pooped his pants and then when Zoë needed to go potty she decided that she, too, would poop in her pants because, and I quote, "Benny does it"; and also the duration of time all three stay-at-home children were caterwauling; and also the temper tantrum Zoë threw when she picked a spot at the table and then moved and then Benjamin sat in her original spot; and also the temper tantrum Zoë threw when I asked her and Benjamin to clean up the Littlest Pet Shops and she yelled at Benjamin that it was her mess and told him that he couldn't help her so I gave him a different job and then she cried because she didn't want to clean up her mess alone; and the part where...you get the picture...the day wasn't picture perfect), here are a few other pictures we took at the park on this beautiful day:

Benjamin collected chunks of ice, carried them to the top of the climbing structure, and then hurled them (at me, but he throws like a five-year-old, so I was safe): 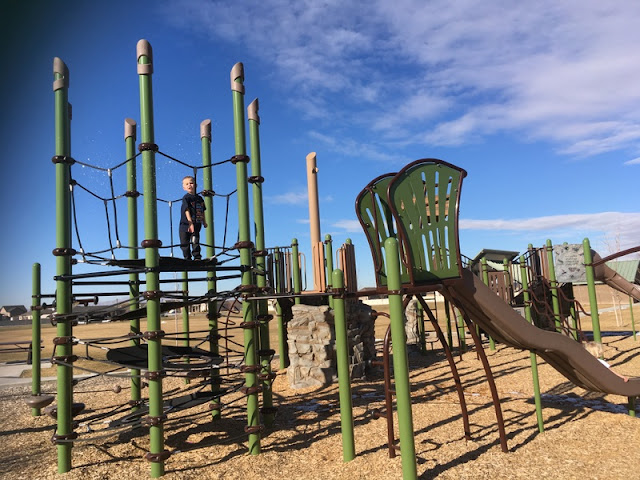 Zoë was thrilled to finally make it to the top (where Benjamin is). It was her first time: 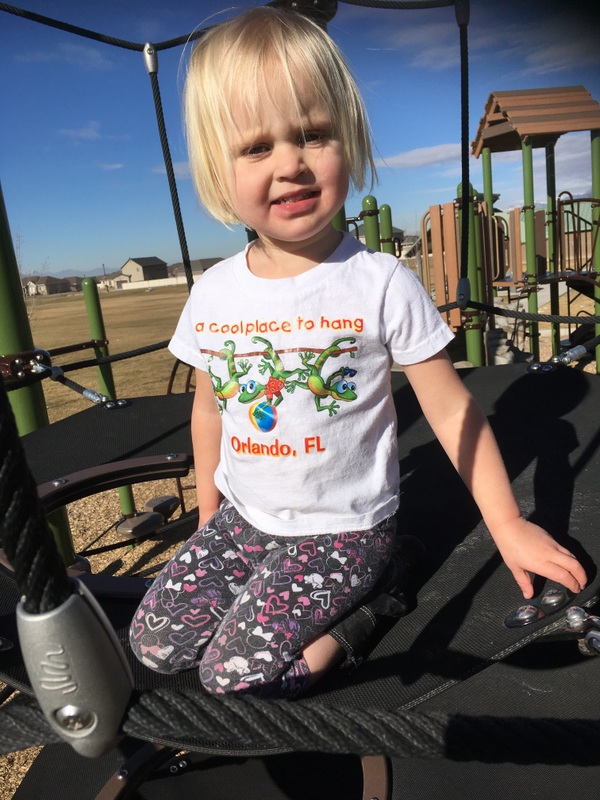 And Alexander snuggled in the front carrier, chatting and smiling at me for a long time: 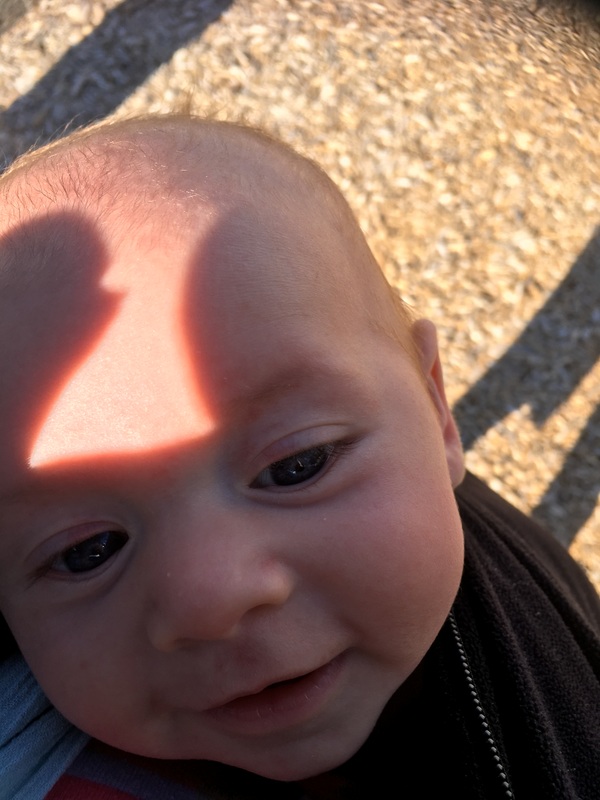 These three are pretty cute (when they're not dripping fecal matter all over the place).


After Miriam got home from school and Rachel got home from play practice we headed over to Uncle Jacob and Aunt Shayla's for dinner. Jacob gave Shayla a kitten for Christmas, so everyone had fun getting to know Shadow (except, perhaps, for Rachel, who received a bit of a scratch). You can't go wrong ending your day with a kitten on your lap (and, like Karen, I would be tempted by the cuteness of a kitten if it didn't involve poop detail for life (I'm kind of over poop these days)).

Anyway, kittens, babies, chicken enchiladas, and air hockey were enjoyed by all. 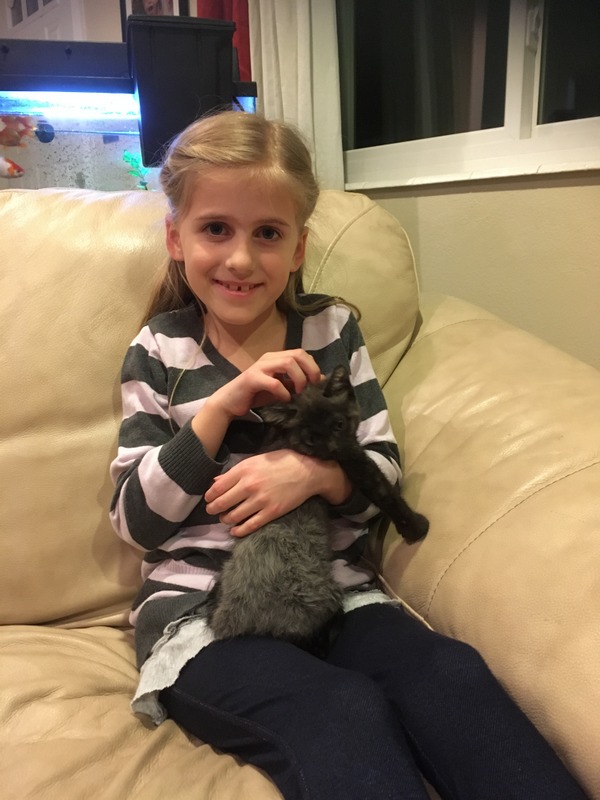 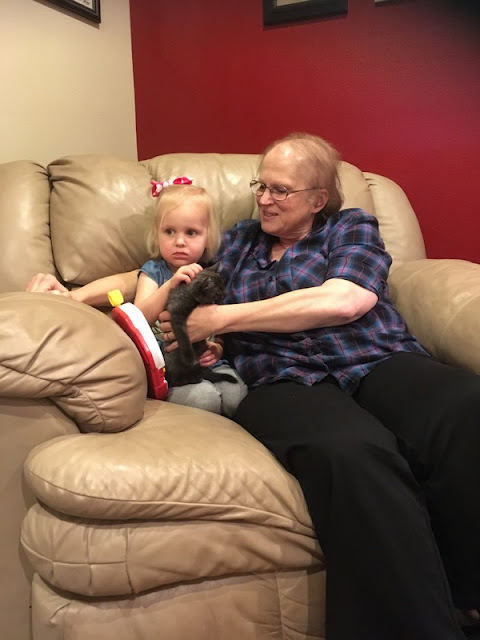 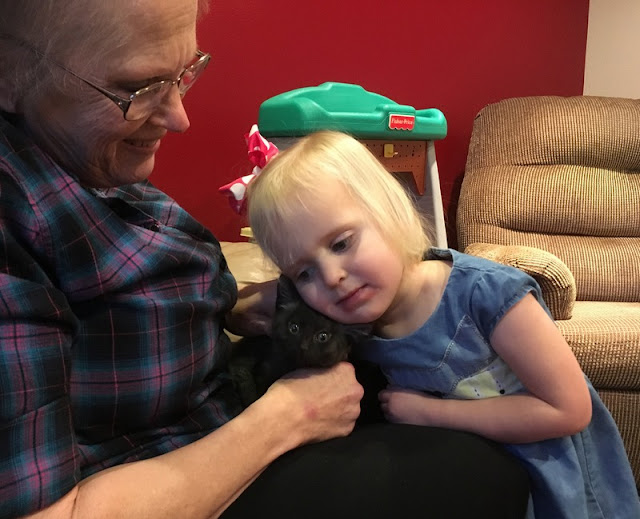