This sweet little baby of mine continues to insist upon getting older, so I guess he's fifteen months old now. He's still at the age where he's changing a lot from month to month, so I will do another update on him.

At fifteen months, Alexander...
Here he is doing a bit of climbing: 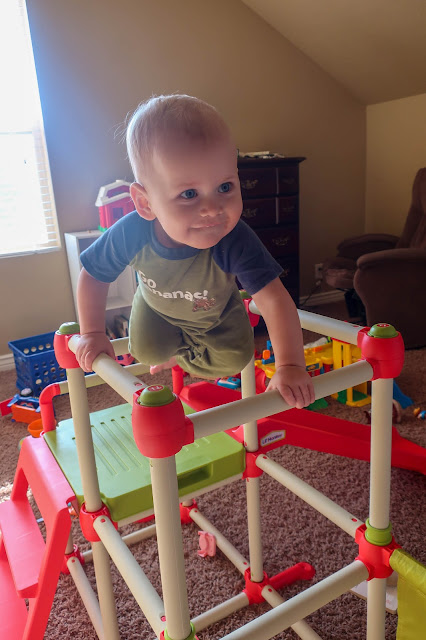 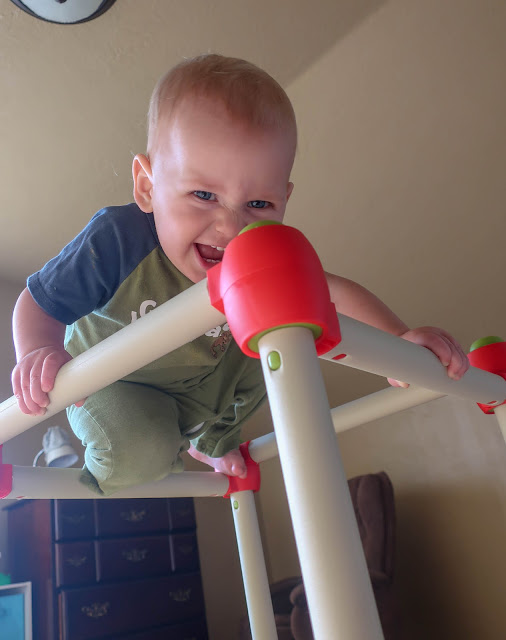 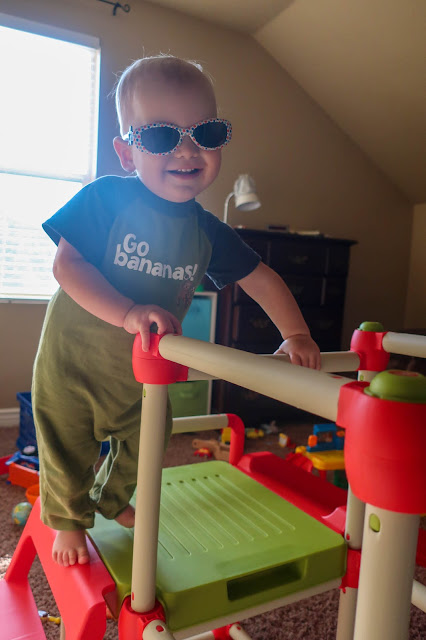 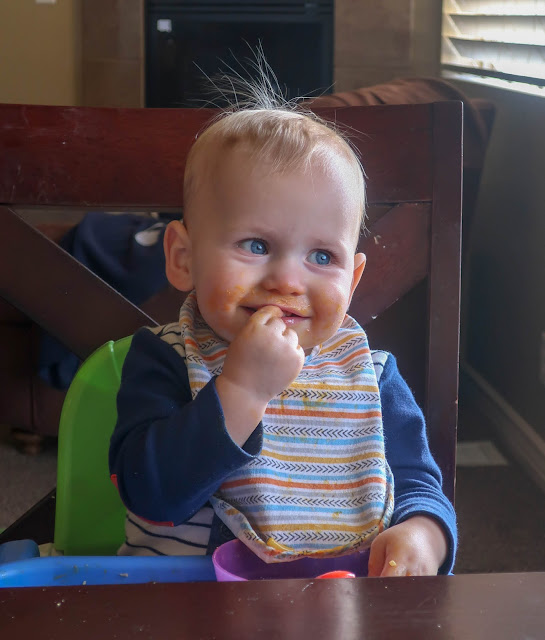 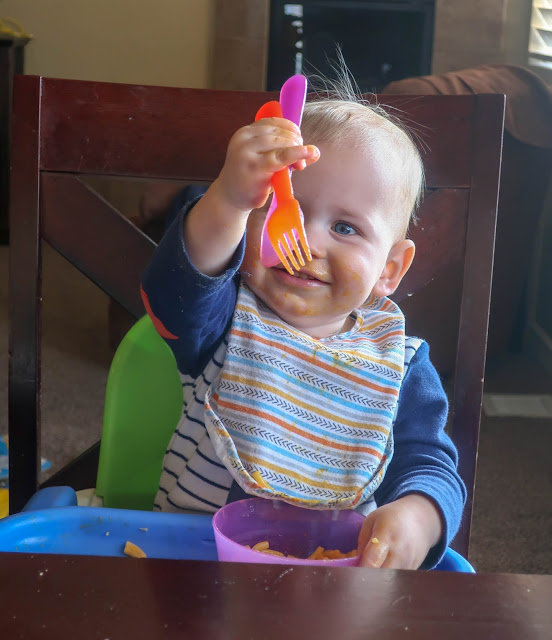 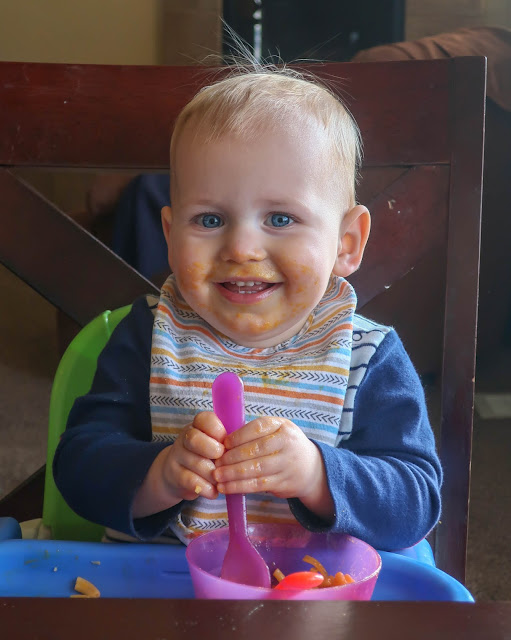 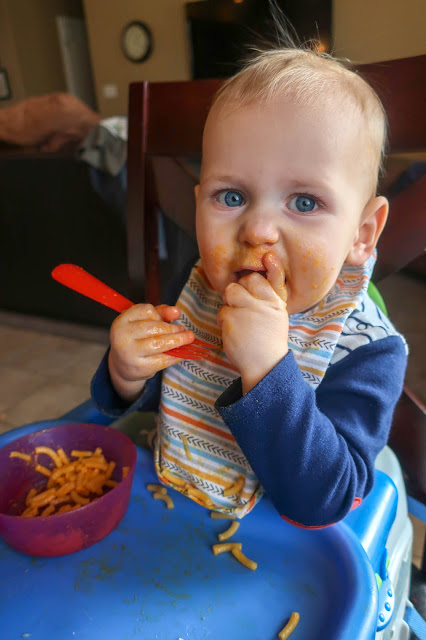 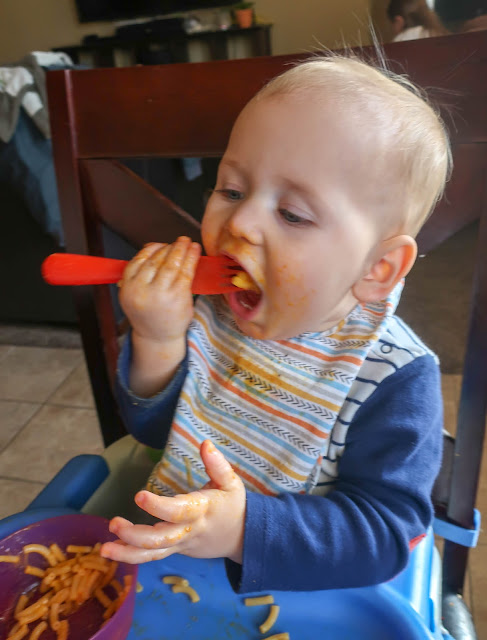 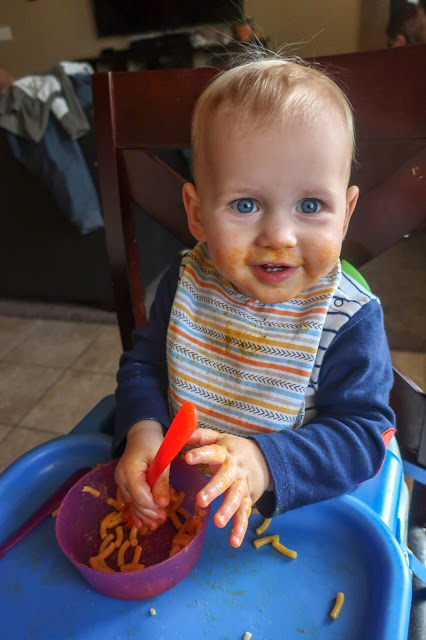