FHE on the Plan of Salvation

We read Job 38:4, 7 and talked about the premortal existence and how we were spirits before we came to earth. I adapted a puppet pattern (from the gospel library) so that Benjamin could have a boy spirit and Zoë could have a girl spirit to carry around with them (and idea I had while reading this lesson plan). 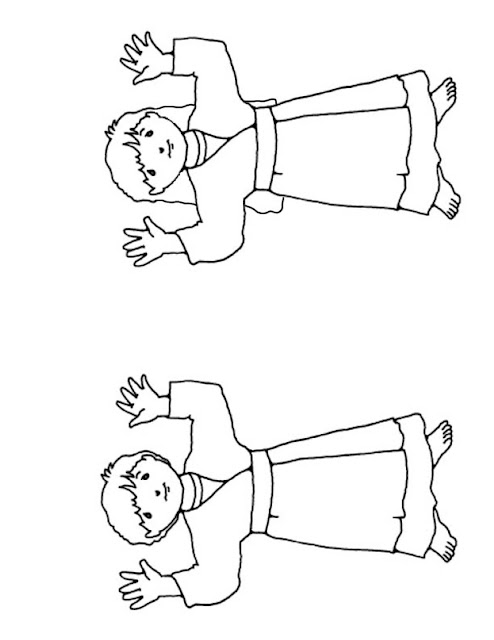 We read a piece of paper that said, "After we accepted Heavenly Father’s plan we came to earth to get a body. Where might you find a body for your puppet? Hint: take a look...it’s in a book."

We read and discussed Ecclesiasties 3:1–2 and then the kids looked around for a bit while I gave them massively huge hints like, "We come to earth as babies. Where could a book about babies be?"

There was an envelope for the older girls to find and inside Zoë's and Benjamin's baby books there was a paper of either a little girl or a little boy, which made an envelope of sorts to hold their spirit. 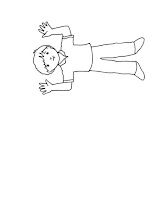 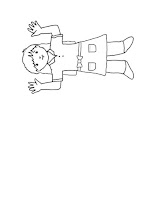 We read the paper in the envelope and discussed the scripture...

When we are born, we get a body to gain earthly experience. We are here to learn and grow so that we can become like Heavenly Father. Where might we find the earth? Hint: we came DOWN to the WORLD. Alma 34:32

...and then the kids went on a rampage through the house trying to figure out the clue. We have a big map of the world in the basement, so that's eventually where we ended up. There we talked more about how there is a time to be born and a time to die, that death is part of Heavenly Father's plan, but that our spirits continue after our bodies stop working.

Every spirit who came to earth will eventually die. Dying means the spirit is separated from the body. The body is then left on earth, but the spirit continues on its journey back to Heavenly Father. Leave your body behind and look for the spirit world. Hint: Every time the door opens the light turns on.
Hebrews 9:27

Zoë and Benjamin took their paper spirits out of their body envelopes. Andrew talked a lot with Zoë about why this happens, reassuring her that it doesn't mean The End. She has been having a very hard time with Grandma being "gone." Once we were ready, the kids talked about doors that cause lights to turn on—it could be the fridge or the garage! They split up to hit all the fridges in our house. The envelope was in the basement fridge.

In the spirit world we wait for judgement. If we know about Jesus already we may go to Spirit Paradise. If we haven’t yet heard about Jesus we will have the opportunity to do so. After the resurrection—when our bodies and spirits will be reunited—we will be judged according to our works and the desires of our hearts. Hint: A judge uses a gavel, but we don’t have one of those, but we do have something similar... Alma 40:11

The kids knew right where the hammer was. Here I gave Zoë and Benjamin their paper bodies back for their paper spirits and we talked about how when we're resurrected we'll be in perfect bodies, so we won't have any of the owies we have now, and bald men can have their hair (sure, why not?), and Grandma won't be plugged in to all sorts of scary machines or have an oxygen tube in her nose (a memory that has been bothering Zoë). We'll be in perfect bodies and we'll be happy.

Read some more about resurrection and judgement then head to the basement to look for a star!
1 Corinthians 15:22
John 5:28–29
2 Corinthians 5:10

I put up a paper star, but also we have a star-shaped clock in the basement (how fortuitous!) so I stuck the star on the star clock. There we read about the Telestial Kingdom (D&C 76:81), before heading up to the middle floor to look for a moon.

We read about the Terrestial kingdom (D&C 76:71) and then headed upstairs to look for the sun. We read about the celestial kingdom (D&C 76:70) and then concluded and...I really hope this lesson helps Zoë to process some of the big feelings she's been having about her Grandma. She was pretty hard-hit by losing Grandma since Grandma had been such a staple in her day-to-day life. She has morose periods daily, and it's been terribly difficult to know how to explain all these things to a three-year-old.

The funniest thing that happened during the scavenger hunt was when Benjamin and Zoë were putting their paper spirits back into their paper bodies. Benjamin had some trouble with his and then said, "Oh, whoops! I put my spirit in upside down! Ahhh! Now my guy's a little bit crazy!"

Without missing a beat Andrew and I both said something along the lines of, "Huh. I think that might have happened when your spirit was loaded into your body, too!"

Never has Benjamin made such an autobiographical statement in his life!

But the best was when we were reviewing a new scripture we're trying to memorize this year, John 11:6—"Jesus saith unto him, I am the way, the truth, and the life: no man cometh unto the Father, but by me."

Andrew usually says the scripture first and we repeat him. Tonight Andrew could not say "Jesus saith" and instead kept saying, "Jesuth," and we were all laughing so hard tears were rolling down our cheeks by the end of scripture study sillies.
Posted by Nancy at 12:15 AM