This little light of mine...

Today was Rachel's first official day in the Young Women program (since last week we only had Sunday School). She had asked for a new dress for Christmas and had even looked at a few online, which she showed me to give me an idea of what she was looking for, so I ordered one and when it finally came in (this week, so we totally missed Christmas) Rachel loved it immediately. And then she held it up to herself and revealed that it was not going to be a dress for her. It was going to be a dress for me.

It was way too big for her!

So we went online together and picked out another dress, which came in a much more timely manner (Friday). This time it fit her perfectly.

So that is what she wore to church today and she looked beautiful (even if her toes were being pinched by her shoes because I can't keep up with how fast her feet are growing (those shoes were purchased in August and are already too small)): 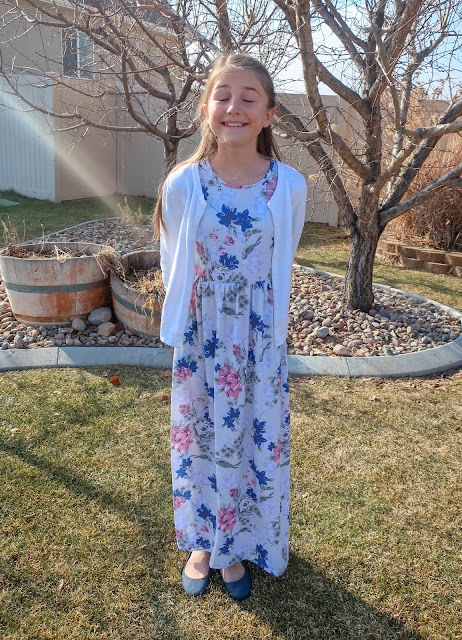 I love how that ray of light is coming in down behind her because that's just what Rachel is to everyone around her: a ray of sunshine! 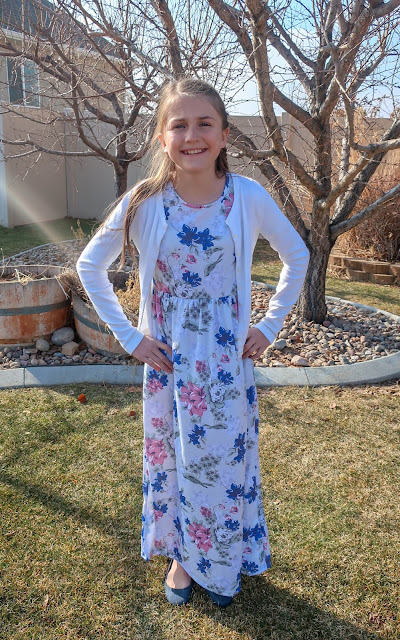 She had a pretty big day today and was set apart as the second counselor in the Beehive class presidency. I ran out of Relief Society (where I was teaching) to be there when she was set apart and it was clear the Lord expects her to do great things. I have no doubt that she will just that. 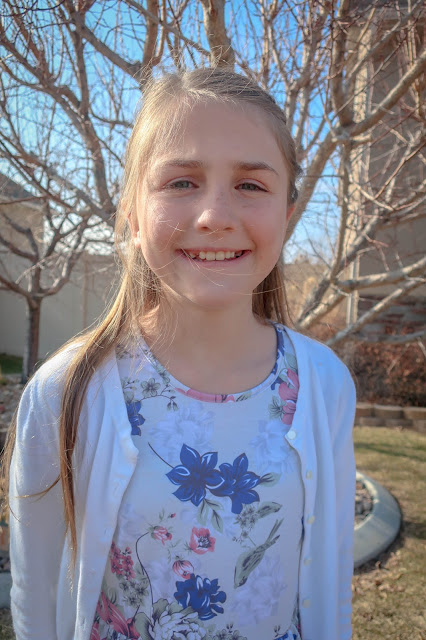 It's both exciting and scary to watch children grow up, perhaps especially so when they're your own. Rachel's getting to the age where she's starting to depend on me less and less. I'm no longer involved in every minute of every day of her life (and haven't been for a while, truthfully). She's starting to make decisions on her own and bring them to me for approval rather than simply asking me what to do. She's spending more time away from home either with friends or with extracurricular activities.

And that's just as it should be.

It's a little bit scary to begin the process of letting her go because the world can be so big and mean and ugly. But it's exciting to see the fabulous, responsible, and fun person she's turning into.

That's what parenthood is about, I suppose—raising capable, kind people who can bring a little light into the big, wide world.