Benjamin walked into the kitchen the other day and let out a scream. There was a lizard sitting by the onions. We didn't get terribly close to it because we didn't want to startle it. Instead we got a bin and stealthily moved the onions, slammed down the bin to capture it, eased a piece of cardboard under the bin and transferred it outside. 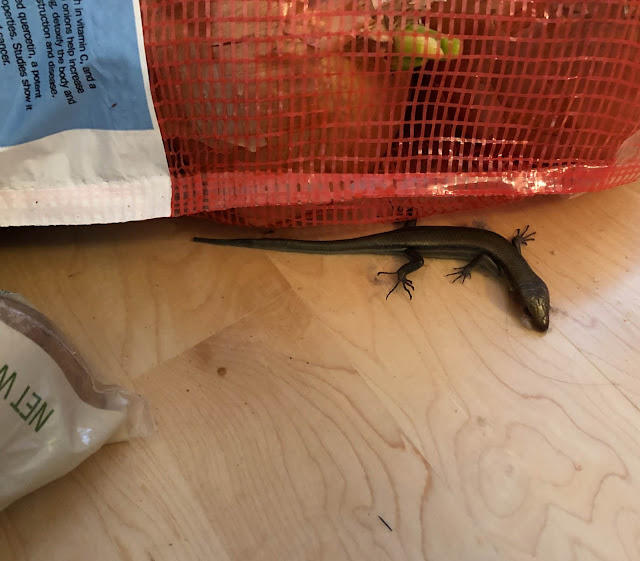 Turns out we didn't have to worry about the lizard escaping because it was dead and had clearly been dead for a while. We're honestly not sure how long it had been there fore because none of us remembered noticing it before, but it was rather dehydrated—with curled up toes and hollow eyes—and yet was still rather...squishy...in other places.

We know because the kids spent quite a bit of time investigating our unlucky houseguest (likely once a broadhead skink or perhaps a ground skink (I don't believe it's a five-lined skink because those are fairly easy to identify)). 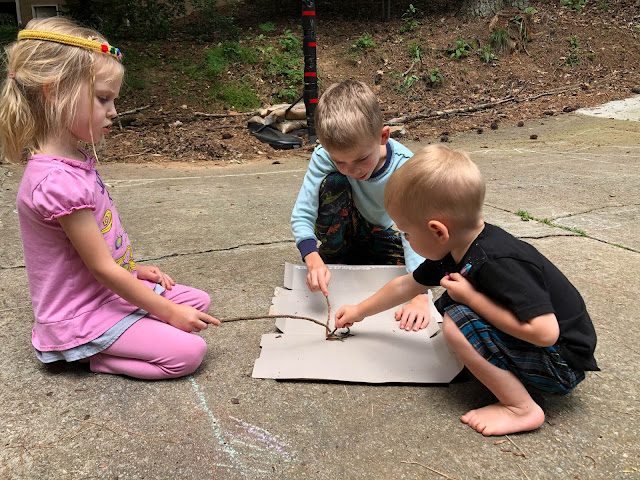 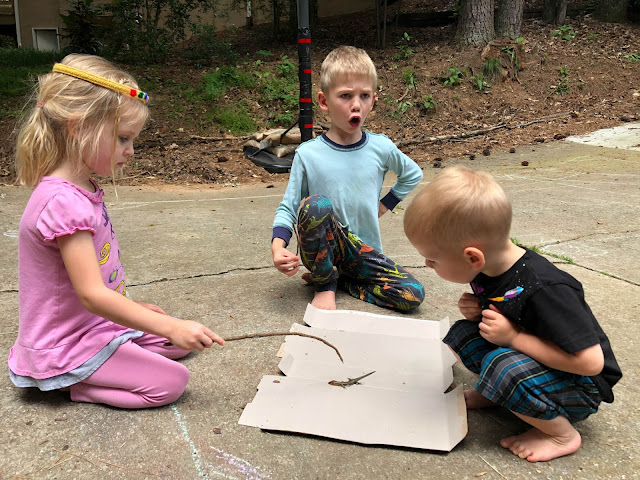 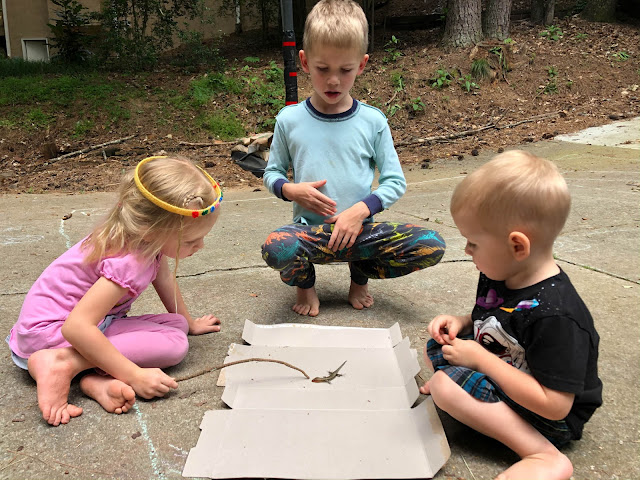 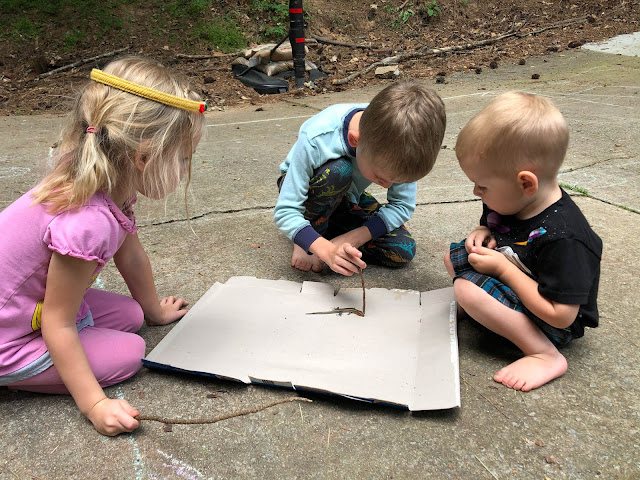 We're not terribly surprised to find a lizard in the house (our door gets left open rather often) but we were surprised to find a dead lizard. Spiders and beetles and other creepy crawlies aren't entirely scarce in our house (did I mention that our door gets left open rather often?) so how is it possible for a lizard to have apparently starved to death in our house?!
Posted by Nancy at 12:35 AM