Ink, pink, a bottle of a ink, my baby's in the bathroom sink

Tonight while I was getting Alexander ready for bed I plopped him into the bathroom sink, which he thought was silly (it was silly). 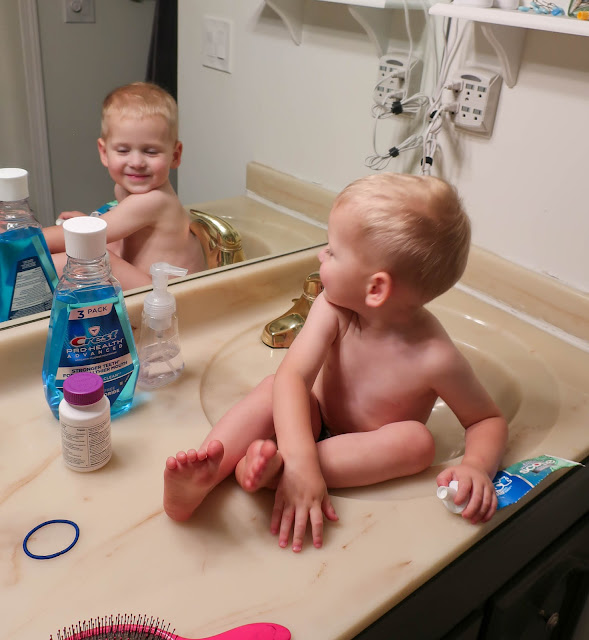 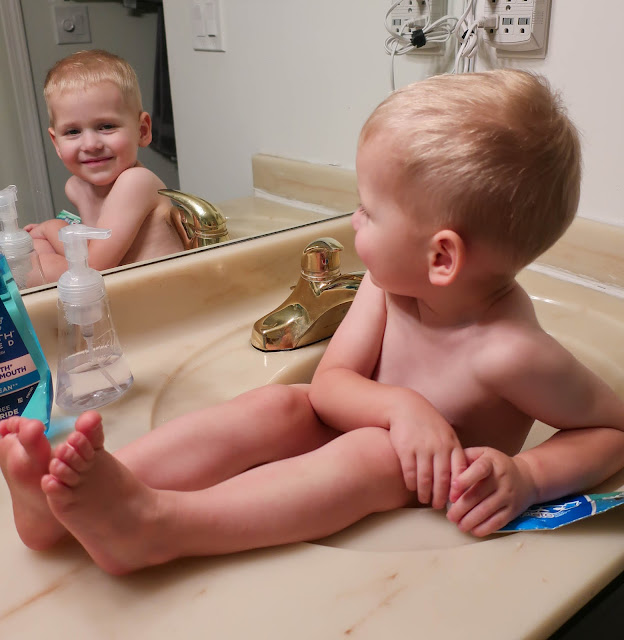 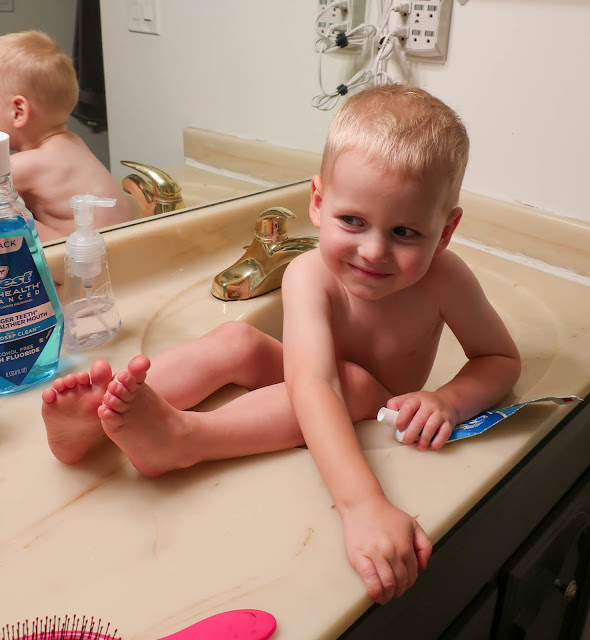 He chose some Daniel Tiger stories to read before bed and was more than happy to skip off to his bedroom when I announced it was time for bed. Unfortunately for him, Zoë raced off to bed hot on his heels. She just went barreling towards him and when she was about ready to pass him she put her arms out and...

...shoved him out of her way. His poor little body snapped backwards and then forwards and he landed on the ground in a heap. I picked him up and soothed him and told Zoë that now she absolutely could not stay up to look at the pictures while I read (the illustrated edition of) Harry Potter aloud. She looks on that as a huge privilege. Alexander typically falls asleep while I read. Zoë gets to stay up and sit beside me so she can look at the pictures. She was devastated at having this privilege stripped away.

I took Alexander into my room to comfort him (singing songs and rocking him in my chair (that is not a rocking chair)) and when he had calmed down I carried him to his bed to tuck him in. He said his bedtime prayer, including a little plea that Zoë would stop pushing people. And then he wanted to talk about his traumatic bedtime experience a little bit more before falling asleep.

"Bobo puht me and I bell down and dot hurt and I bidn't lite bat," he said.

"I know," I said. "I'm sorry that happened, buddy. Zozo made a mistake, didn't she? But we can forgive her."

"Yeah, we tan fodib her. But, Mom, Bobo bidn't mate a mitake! Bwe juh made a bad choyt!"

"You're right," I said. "It wasn't really an accident. She decided to do it—and it was a bad choice to make—but we can still forgive her."

"Yeah, we tan! We tan fodib her. Tan you bing me a bong about a bird now?"

So I sang him a song about a bird (Happy Song) and then told them I'd be right back. I just had to sneak away to record the conversation Alexander and I had just had because it was so cute! That little guy knows so many words and expresses his ideas so well...if only we didn't need a translator to understand what he's trying to say!

Anyway, the poor little guy was so tired that he was asleep by the time I got back to read to the kids (which, seriously, was maybe two minutes later). I think he's a little sleepier than usual (despite staying in his bed all night) because when he woke up bright and early in the morning he woke up Zoë and Benjamin to tell them that it was morning and instead of telling him that it was too early in the morning and to go back to sleep for a minute (like I do when he wakes me up), those two just got up and started playing with him. 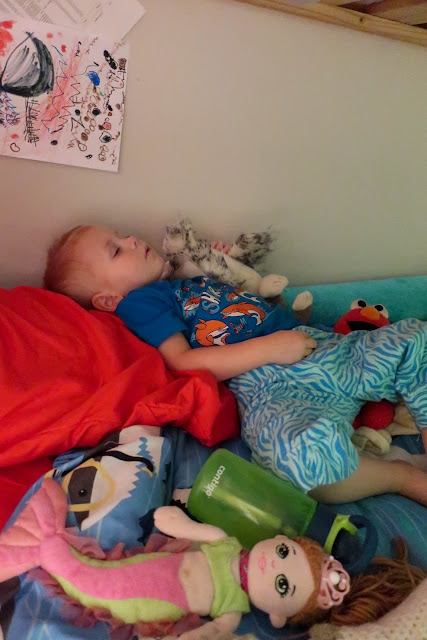 Don't get me wrong; what they did was wonderful. But also those three were particularly tired at bedtime this evening. I'm honestly not sure what time they got up but it was plenty early!
Posted by Nancy at 11:55 PM