Alexander has been planning and counting down to his birthday for a long time, and this morning he woke up to execute his plans. Here he is giving me his final two-year-old goodnight hug: 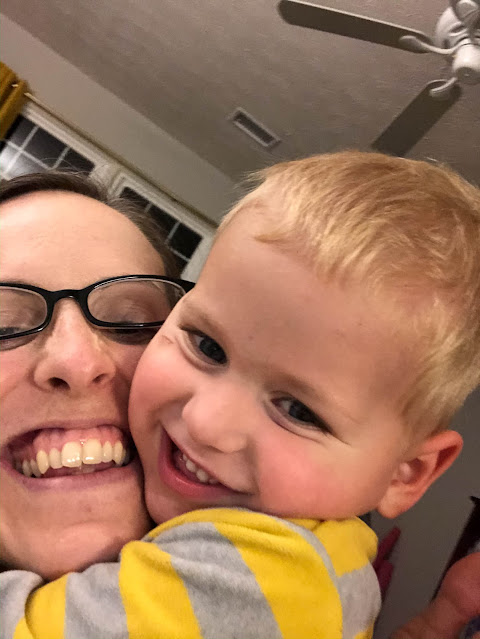 And here he is in the morning, with spiky hair (he loves spiky hair and keeps saying that when he grows up he wants to have spiky hair, so I pulled out some hair gel this morning and gave him some spikes): 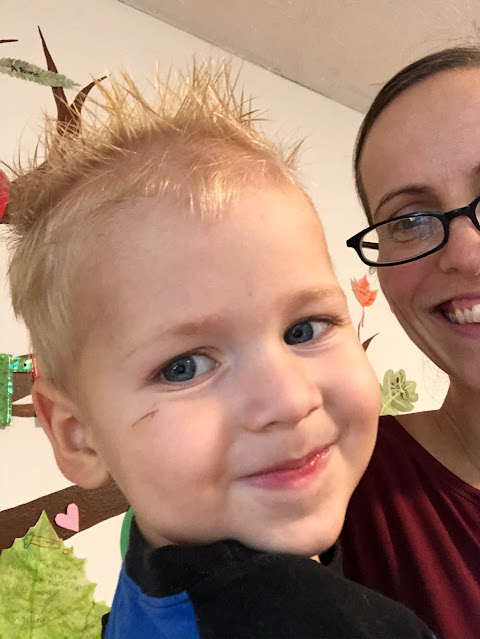 He had "birthday cereal" for breakfast (some special "llama" cereal, chock full of sugar), then we tidied up a bit before heading to the park for a walk along the river. For lunch he had a "birthday sandwich" and then we opened up presents for Alexander to enjoy with his siblings while Miriam was at her organ lesson (one-on-one, socially distanced, masked up (our only extracurricular)), and then we had "birthday woop" for dinner—homemade tomato soups, no chunks, his favourite.

Rachel spent the day decorating his birthday cake—a cinnamon cake with apple pie filling. He wanted his cake topped with "a dote and an awbul," which took some time for us to understand. We knew what "awbul" meant—owl—but we weren't quite sure what "dote" was. Rachel immediately thought it was "goat," and she couldn't figure out why he wanted a goat on his cake. Owls have been a favourite for a long time but...goats? That was a surprise obsession.

What he really meant was ghost!

He is rather excited for Halloween, too, and having a ghost and an owl on his cake made much more sense. My mom read Robert Bright's story Georgie for the kids, which they enjoyed. 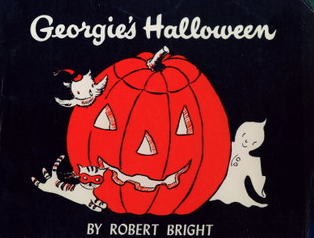 We have (and have read several times) Georgie the Halloween Ghost, but we haven't read any other Georgie stories. Anyway, she picked it out because Georgie the ghost has a friend owl named Ms. Oliver (and a friend cat named Herman, as well as a number of mice friends). Anyway, Rachel decided that Alexander should have another Georgie cake (I attempted one for Alexander's first birthday).

Here are all the kids with Alexander and his cake: 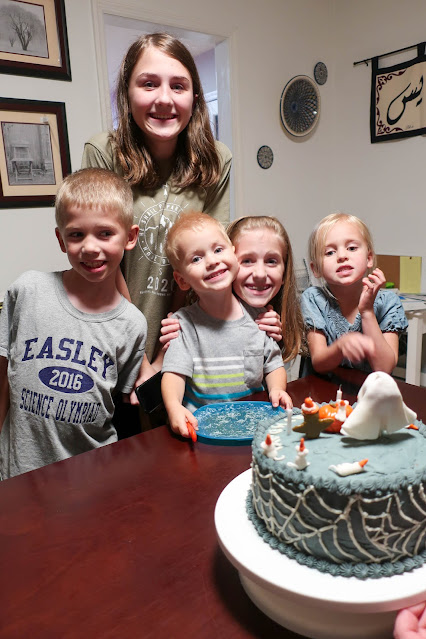 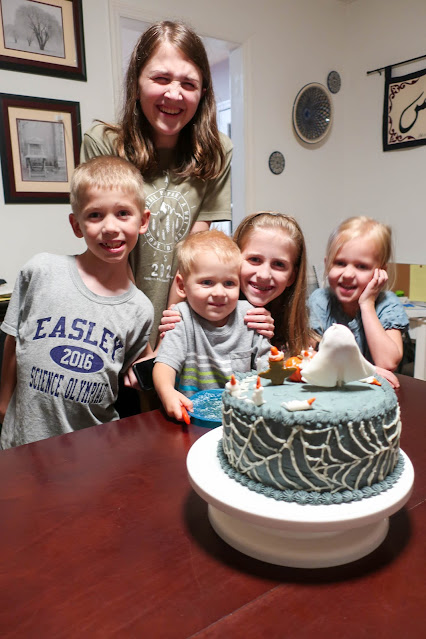 Here he is sitting over by the birthday tree, like a good sport: 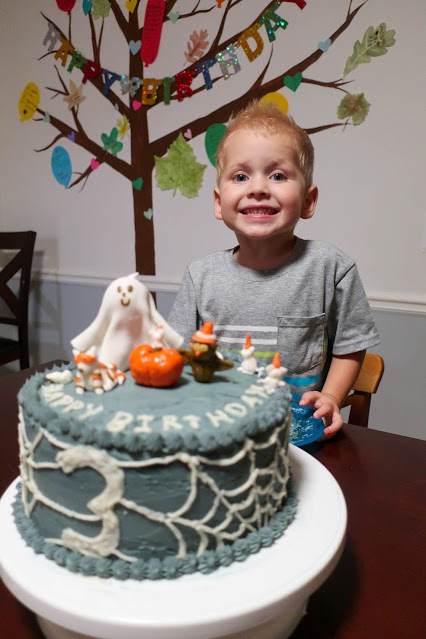 Here he is counting the mice on the back of his cake: 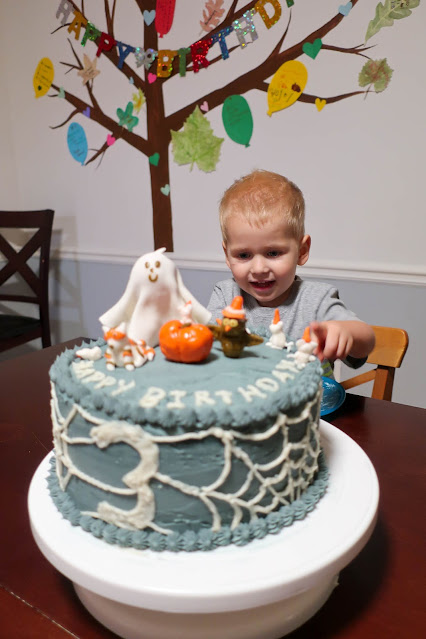 And here he is asking if he can please go back to his spot now (he is a creature of habit): 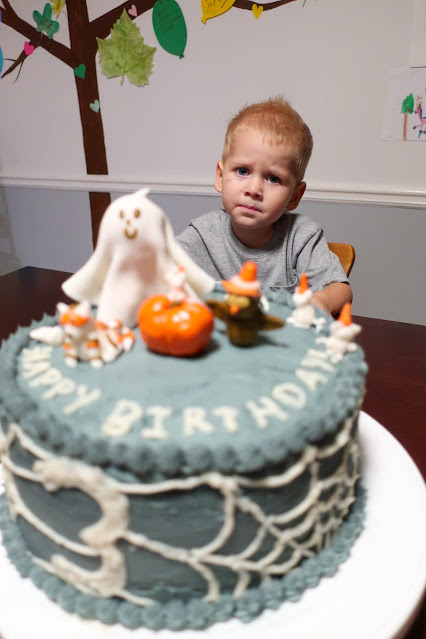 So here he is feeling a little more comfortable in his rightful spot at the table: 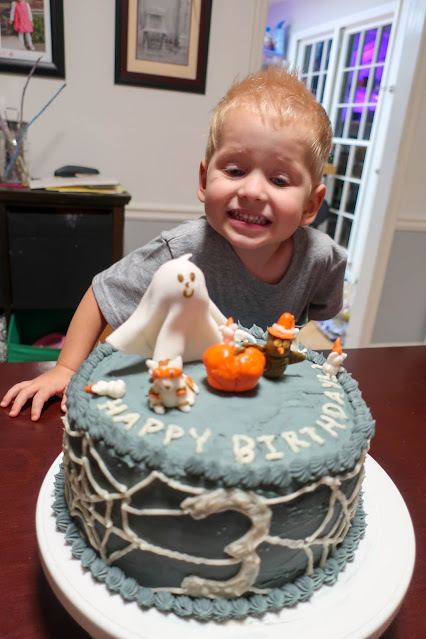 Here's Alexander belting out the 'happy birthday song' to himself, along with everyone else: 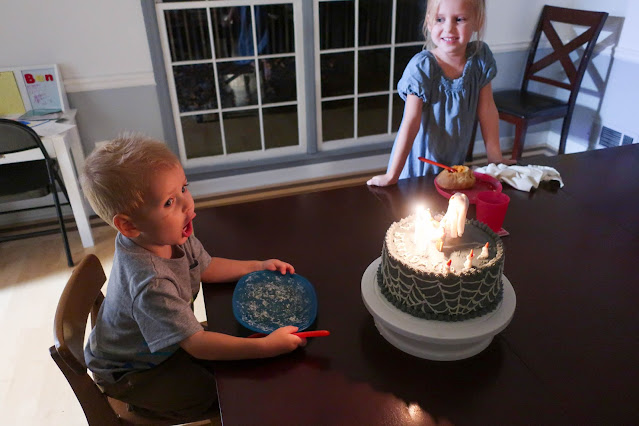 And here he is blowing out his candles: 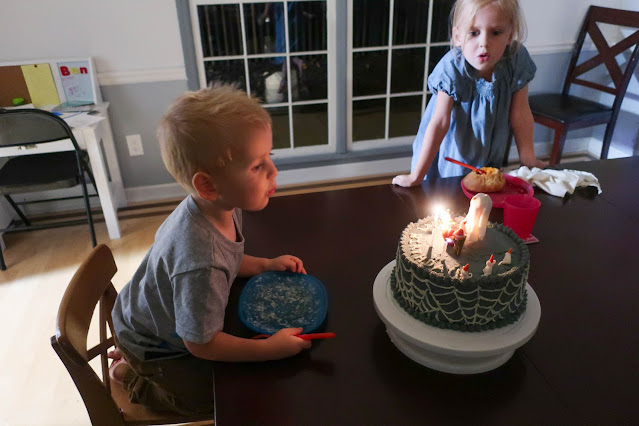 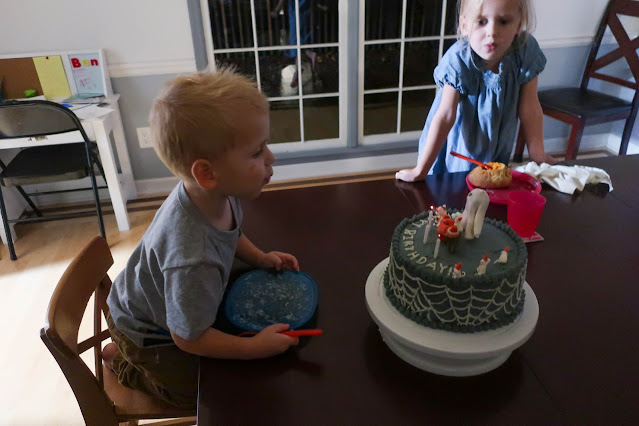 As Alexander was taking his first bite, Andrew asked him what his favourite part of being two was. Alexander stopped eating for a minute and thought hard about the question. Then he looked at me, sighed, and gushed out his answer: "Mommy!"

"Me?" I asked, tears springing to my eyes immediately (giving up this baby's babyhood has been hard for me and sometimes I, like every mother out there, wonder if I'm really doing alright as a mother). "Your favourite part of being two is me?"

He nodded and shoved another bite of cake into his mouth.

"I love you!" he mumbled through his cake, which was a delicious cake, by the way.

Yesterday while Andrew and I were re-stretching the basement carpet, Rachel was busy baking a cake (from scratch, because that's how she rolls) and getting the crumb coat on, and I kept saying how lucky we are that she can do that kind of thing because I honestly don't know how we would have gotten the basement put back together and a cake ready for Alexander's birthday. I suppose this is why people buy cakes at times. We've just never done that (or have only done it very rarely), so I was so thankful for Rachel pulling yet another birthday cake together.

She did all the spiderwebs and writing today and then she, Miriam, and I worked on the fondant characters this afternoon. 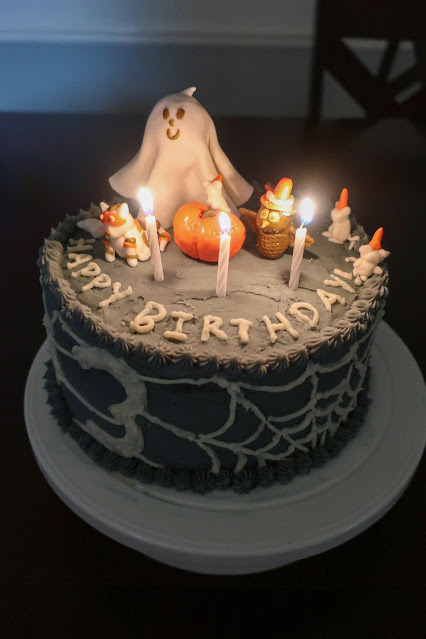 Ms. Oliver (the owl) is my favourite, though the mice are pretty cute, too: 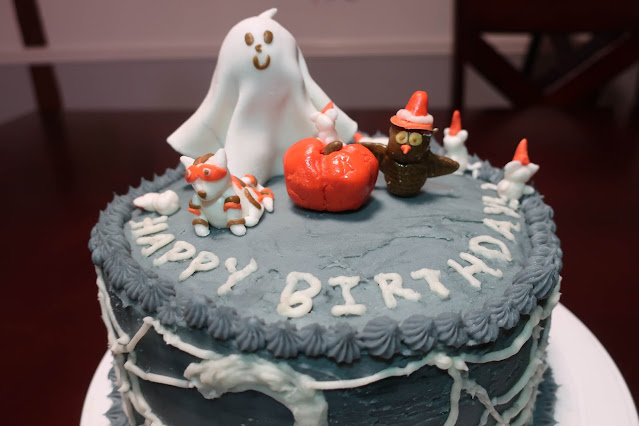 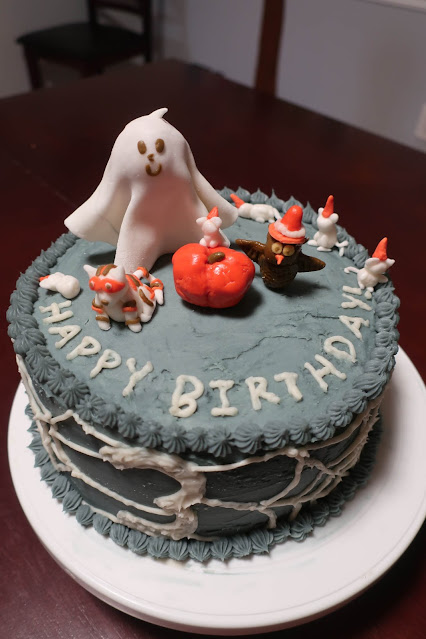 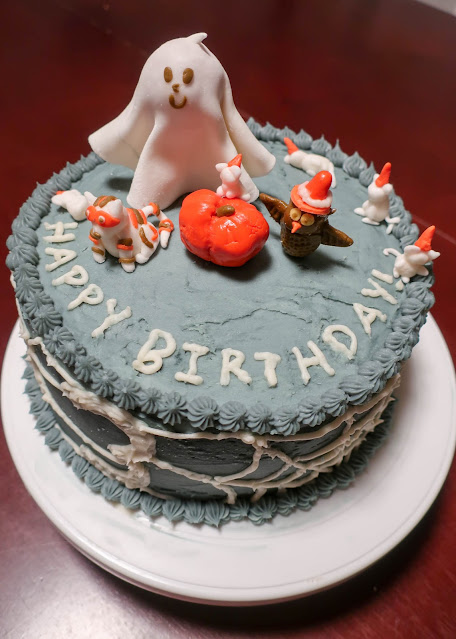 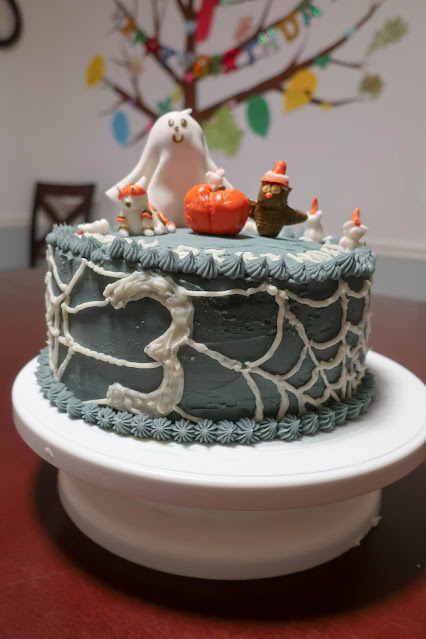 I'll write more about Alexander's birthday tomorrow. For now I'm going to hit the books...while wondering how it's possible that it was three years ago that Alexander was this tiny.