We've gotten very used to having an empty calendar the past few months. The last time we had a primary "activity" (earlier this summer) I accidentally put it on the calendar for 10:00 PM instead of 10:00 AM so we ended up missing out on it. We had a "pumpkin pop-thru" this weekend and I made sure to put the correct time on the calendar so we would get all the correct reminders and we remembered to go!

Good thing, too, because I needed to distribute craft supplies to my primary girls for our next couple of activities. Here I am reppin' the Bulldogs (Andrew likes to laugh at me because I legitimately can never remember what school I go to (or its acronym)—not GSU, UNC, AUC, UVU, BYU...UGA! That's the one): 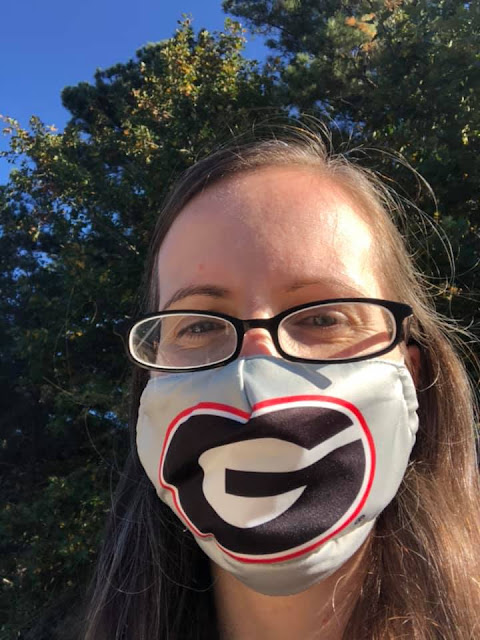 Various primary teachers (and the missionaries) stood around the perimeter of the parking lot and families with primary children drove through to collect treats and chat. Here's Andrew making his way through the parking lot with the kids: 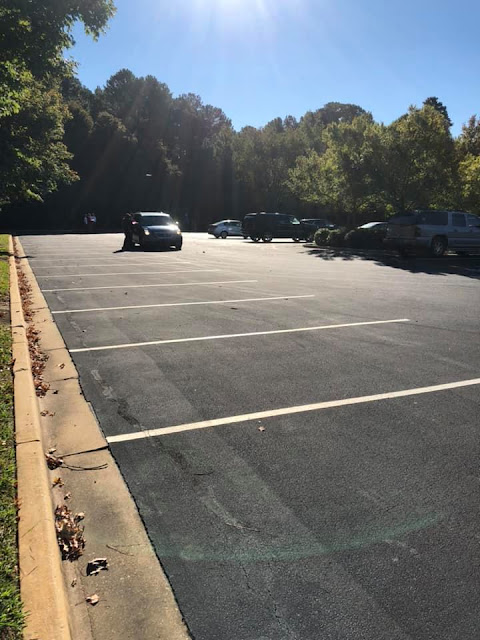 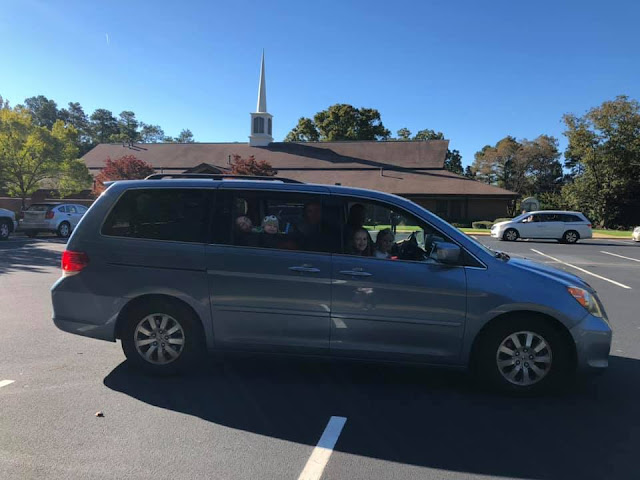 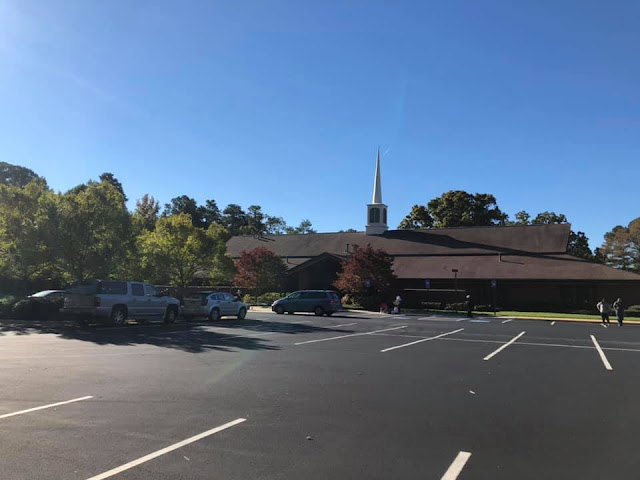 It sounds kind of lame but after seven months of doing practically nothing, it felt exciting. There was Halloween music blaring and plenty of people to wave at and the kids had a great time. Alexander was especially excited when The Addams Family Theme Song came on because his favourite song right now is Days of the Week (to the tune of The Addams Family Theme Song). He requests it during Family Home Evening every week. Anyway, it came on and he squealed, "They're playing Days of the Week?! That's my favourite song!"

Apparently we need to familiarize that child with The Addams Family.
Anyway, it was a nice little fall activity. The children ended up with a good haul of candy as well as some bubble wands, and the bishop was handing out little pumpkins on our way out so now we're well-stocked in the pumpkin department!
Here are the kids showing off their pumpkins and slapdash costumes: 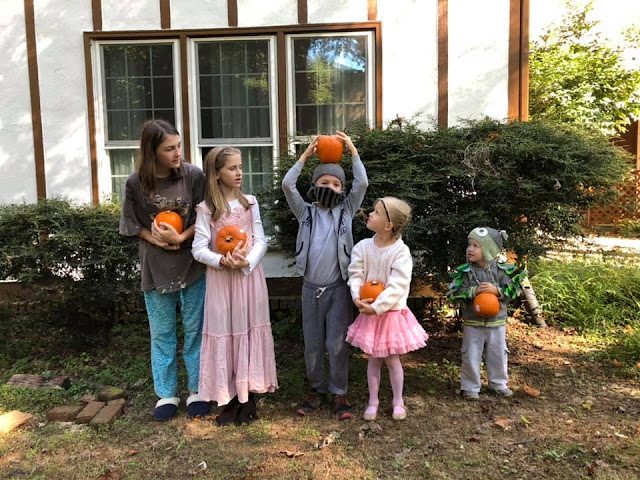 Rachel is a quarantiner, Miriam is Constanze Mozart (Mozart's musical wife), Benjamin is a knight, Zoë is a ballerina, and Alexander is an owl. We're still developing their actual Halloween costumes, not that we're planning anything particularly fabulous this year since we fully intend on hunkering down. Some costumes might remain the very same. Alexander, for example, is pretty set on being an owl once again. 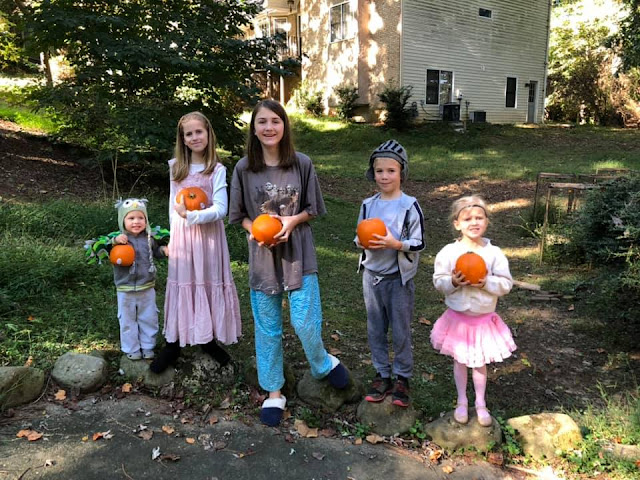 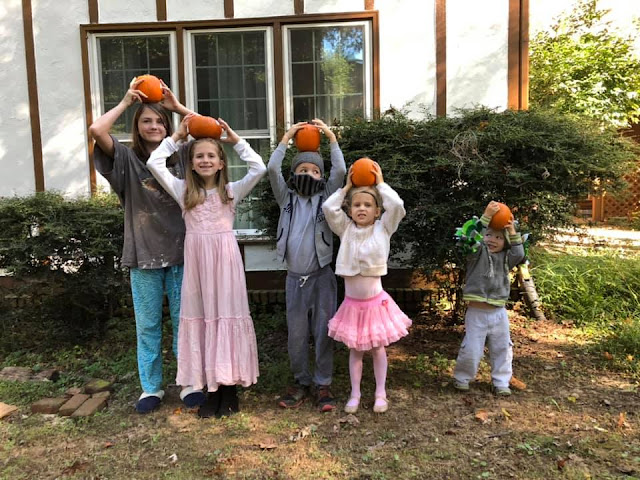 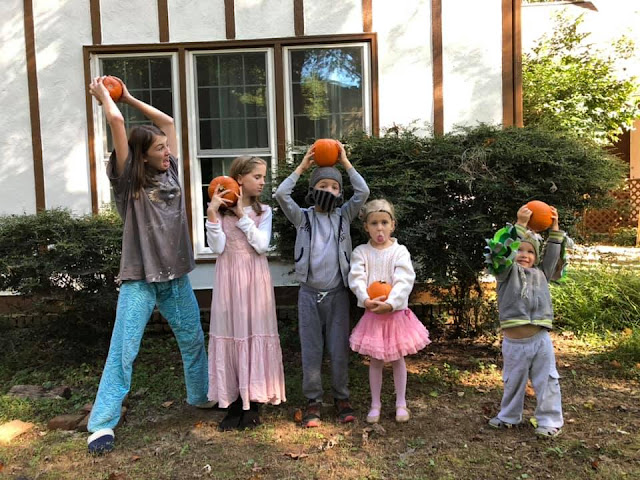