Anyway, Andrew decided to order a new 2-cup measuring cup because we immediately began to feel like we were missing it. It arrived the other day, dropped off unceremoniously on our front porch...

...In a plastic-bag envelope.

When I peeped out the window to see what package had arrived I whispered, "Oh, no," because I already knew what it was we were expecting that day.

When I picked the package up and it...jingled...in my hands, I started cackling...because isn't that just the most 2020 way for a package to arrive? Shattered to bits? 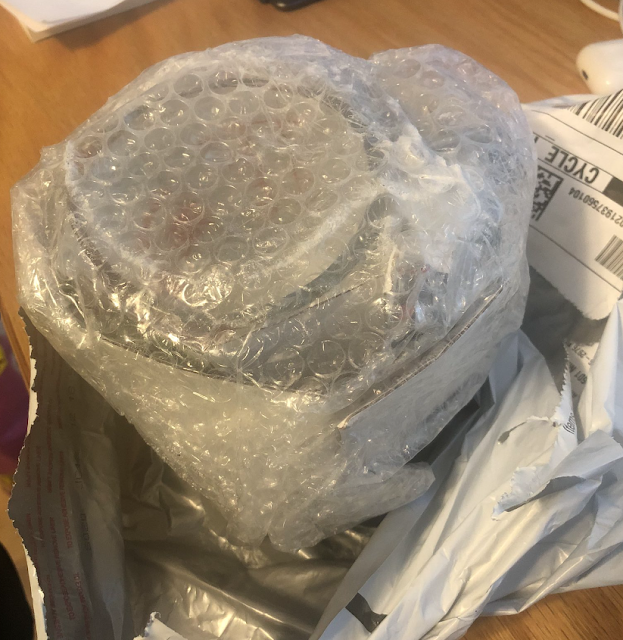 Andrew managed to wrest the envelope open, but sustained a few cuts on his hands to do so. Inside we saw our new measuring cups (because a set of two was cheaper than just the one we wanted), stacked together between layers of cardboard and tenderly wrapped in a single layer of bubble wrap. He thought that maybe the inside measuring cup had remained intact so he took it outside (wearing "uncuttable" gloves) to open it the rest of the way. 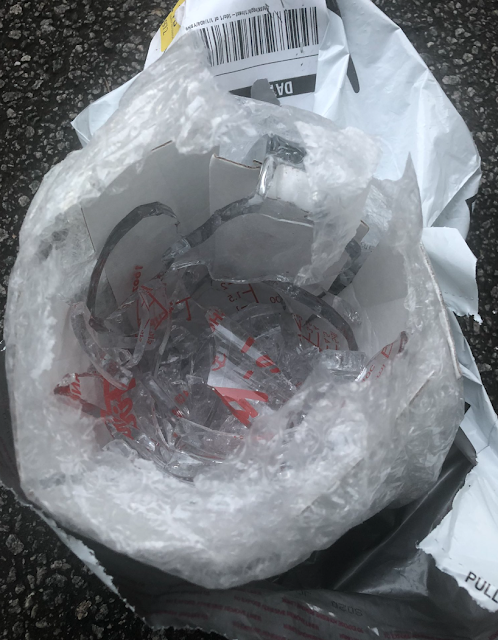 Let's just say they were both well beyond repair.

We're still out our favourite measuring cup, but at least we have something new to laugh about for the next little while!