We are gearing up for fall break over here, I think. I can just tell we're at a...breaking point...if you will...the point where we just feel like we're slogging through...the point where we haven't taken a day off since June, practically. That's the point we're at. I don't know what we'll end up doing—perhaps probably nothing—but whatever it is, it gives us something to look forward to for the next few days.

The promise of...sleeping in (we do that, anyway)...of not having to coach Benjamin through his math work (though yesterday when we wrote about heroes he said that I was a hero for helping him so perhaps it's not so bad after all)...of playing more games and watching more movies (we're hoping to finish The Scarlet Pimpernel before we break) and lazing about at the park (outside of "prime time" so we don't have to be around other people).

And that's about it.

We've considered driving somewhere and staying in a cabin, but haven't committed to that idea yet. It might be nice...but it might be nicer to do that not when we're in the middle of a pandemic, which (just as a reminder) we are.

I did take the kids to the park today, specifically for science so we could look for examples of weathering happening in real life...but also so that they could just play for a while. We found plenty of weathering going on at the park (enough that most of the walking paths are closed for resurfacing right now since they've been weathered to bits (the kids are going to miss the "roller coaster" the tree roots have made in one section of the path; they loved hitting that with their scooters)).

Here are Zoë and Alexander by the sign warning about the trail being closed: 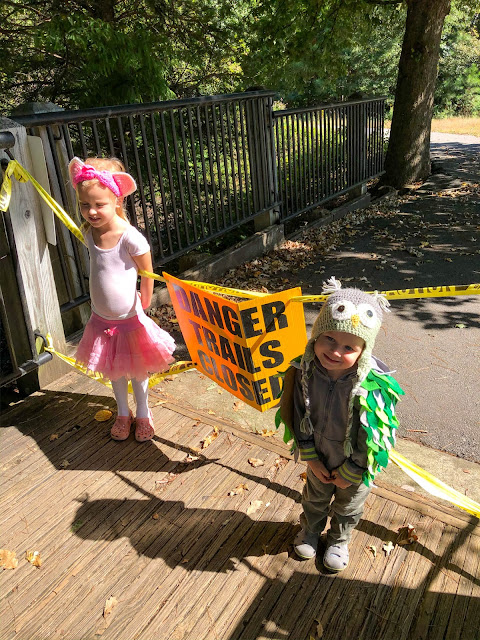 They are dressed up as a mouse and an owl and were running around the park squeaking and hooting. Zoë was chasing Alexander because she's bigger, but then Alexander would turn around and chase Zoë because owls eat mice. We're close enough to Halloween (and there's really so little...joy...available in life right now (and little to look forward to, without any Halloween parties or anything of that sort)) that I've given the children free rein to run around wearing costumes whenever they want.

At least they're not in pyjamas.

This was our favourite bit of weathering to find—some beautiful lichen growing on a post: 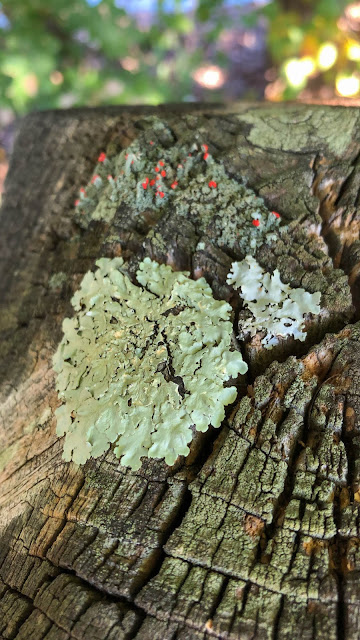 Lichen is biological, but it promotes both physical and chemical weathering. We especially liked the lichen with the little red blossoms, which looks like it might be "British Soldier Lichen."
"Oh, because of their red coats!" Miriam exclaimed, while I was still puzzling over the name.
Here are the two of us together. When she saw I was wearing a flannel shirt she ran downstairs to grab hers before we left the house: 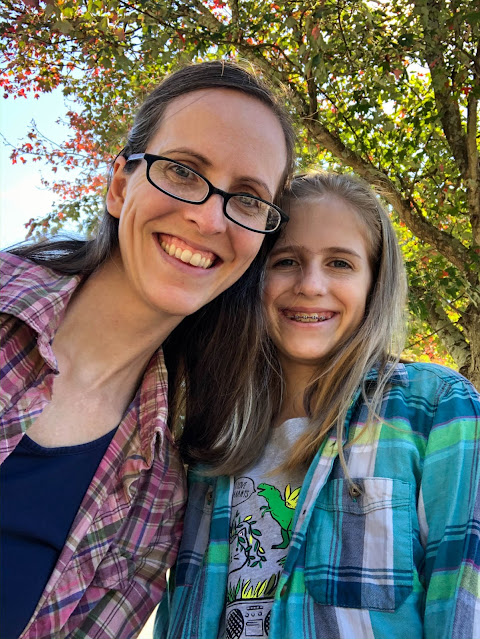 Alexander had some fun swinging while the older kids played on the seesaw (Rachel was at home doing math and making banana bread): 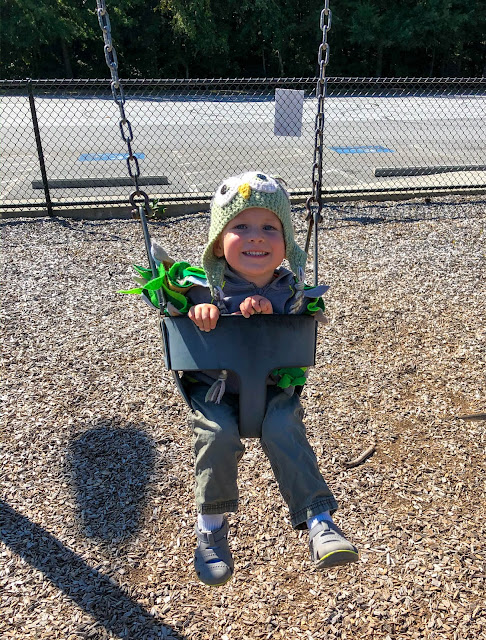 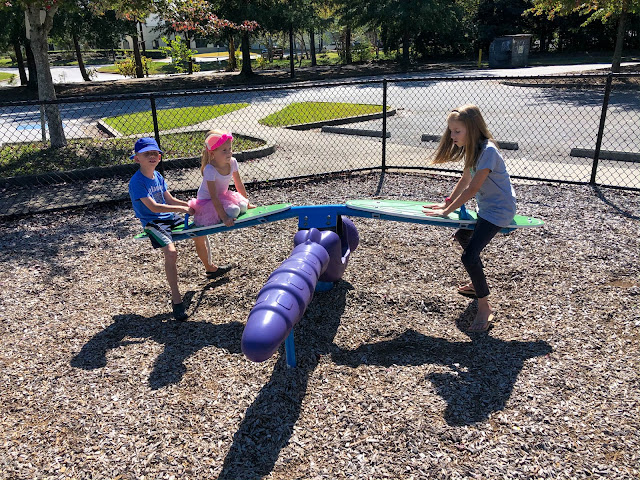 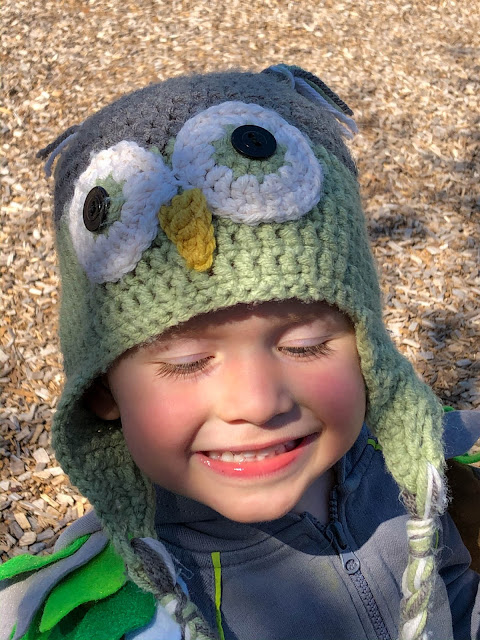 After a few minutes of running around in the sunshine, he and Zoë realized that they had completely overdressed for the weather, so they stripped down to their under-costume attire, which was probably wise: 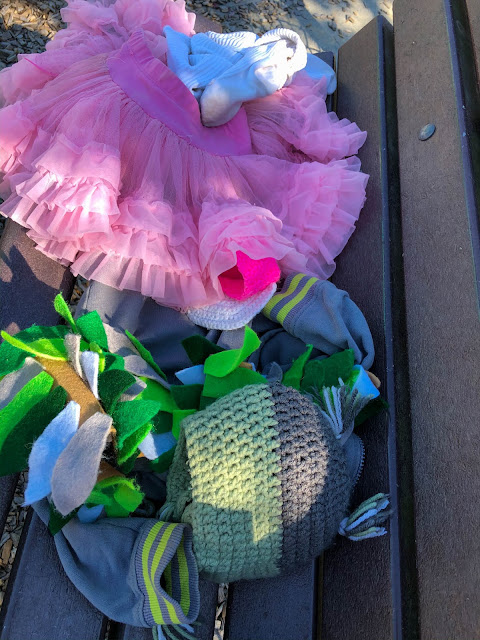 Alexander was sweltering a little bit under all that gear: 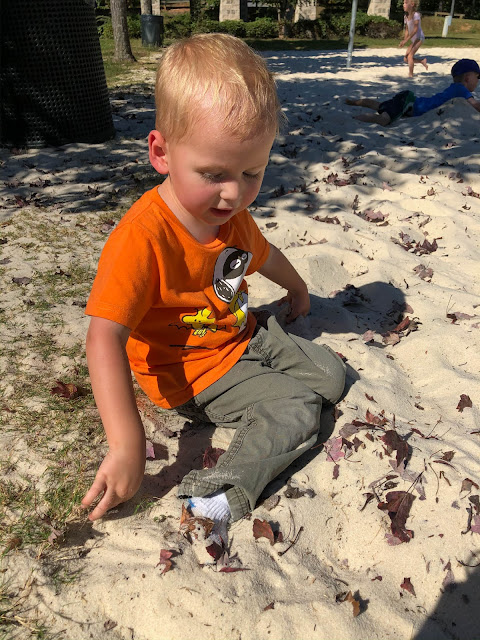 And Zoë was, likewise, happy to be free from all that insulation: 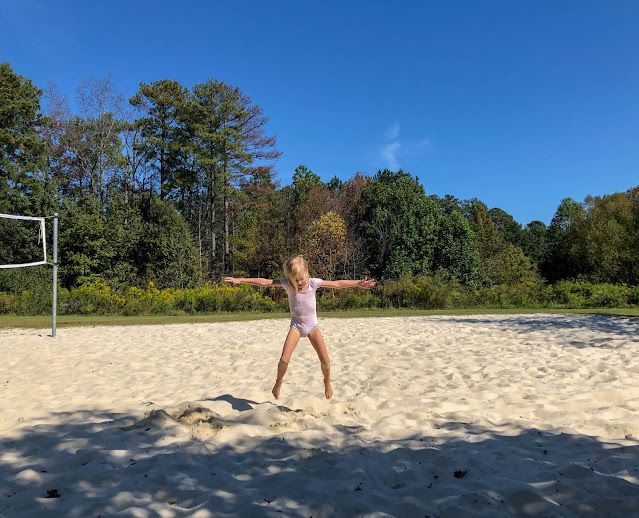 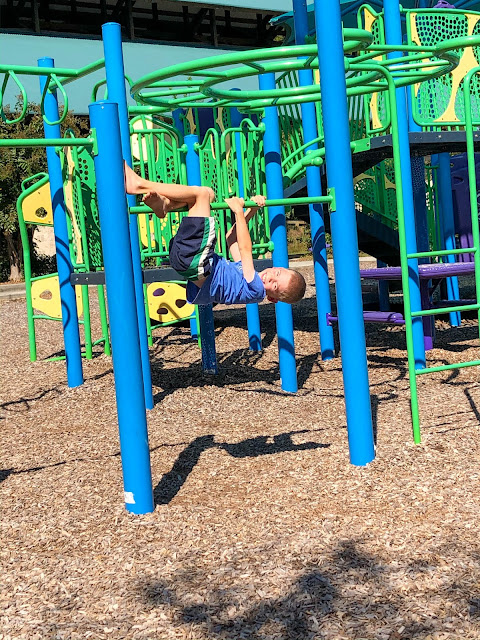 And here's Alexander coming to complain that he got sand in his mouth and although he "tried-ed" to get it out it just wasn't "worked-ing-ed," so I helped him out. He is very into tacking suffixes onto his words these days, the more the better! 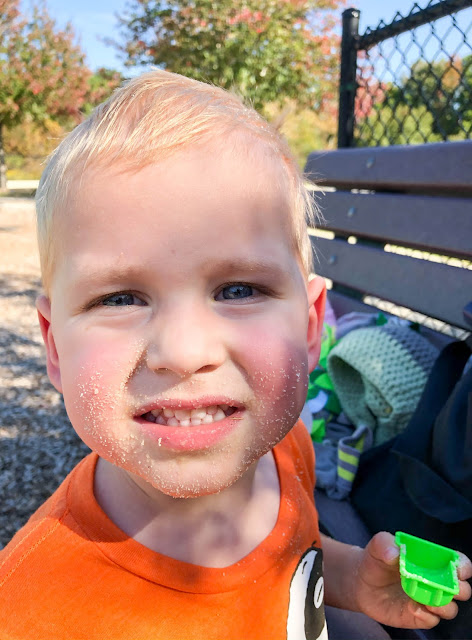 Here are Zoë and Alexander, tired of the sandbox, working on some leaf rubbings: 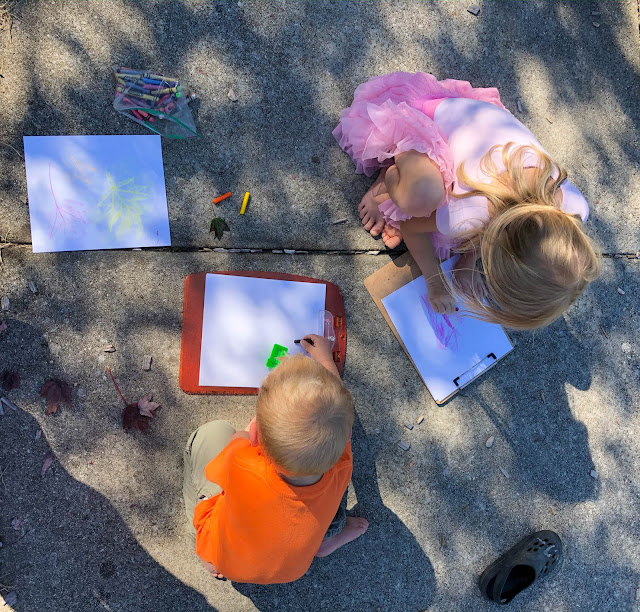 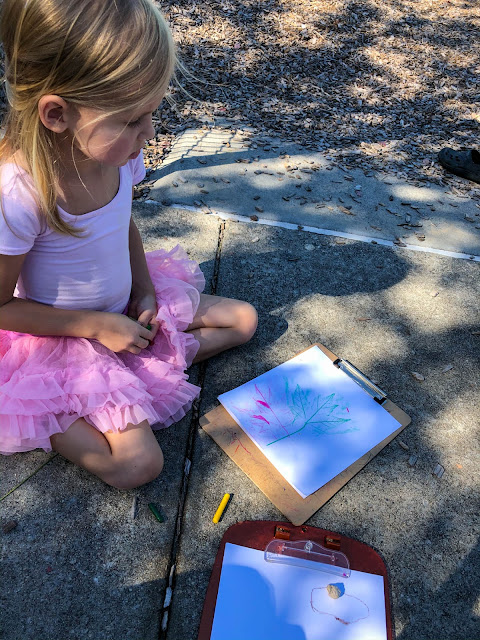 And here's Benjamin putting some finishing touches on his sand castle/mountains/volcanoes/village/thing before we left for the day: 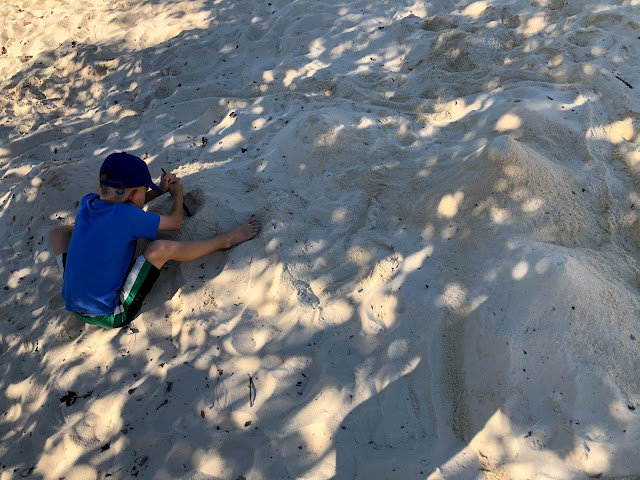