A hike with Grandpa

Yesterday was Grandpa's last full day here, so we took him for a hike at Simpsonwood. 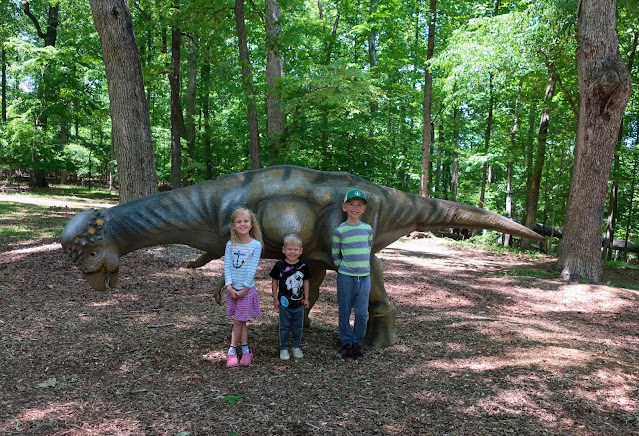 We haven't been in the habit of leaving the house much during the last year or so, even to go for a walk in the woods, because we live in a big city and at times even a walk in the woods gets crowded. The last time we were at Simpsonwood (which was our first time), it seemed a little crowded so we just haven't been back, but with all the adults vaccinated (and one teenager, too), we decided it would be fine. And it wasn't even crowded—on a Saturday!
We did have to be a bit more careful about poison ivy this time of the year (I think we last went in December and while you still have to be careful about hairy vines and so forth, it at least isn't actively growing). We were also on the lookout for snakes. And cars.
Weird mix, visiting the forest in the middle of a city.
Here's Grandpa and Alexander crossing a bridge (Alexander wanted Grandpa to carry him the whole time but we succeeded in coaxing him to walk for little spurts): 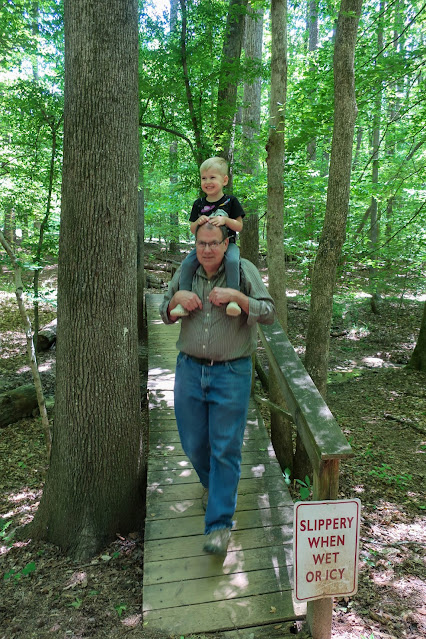 Here are the girls making their way across a fallen tree: 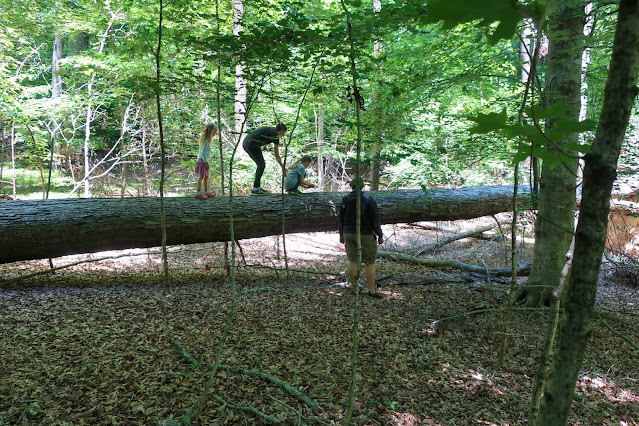 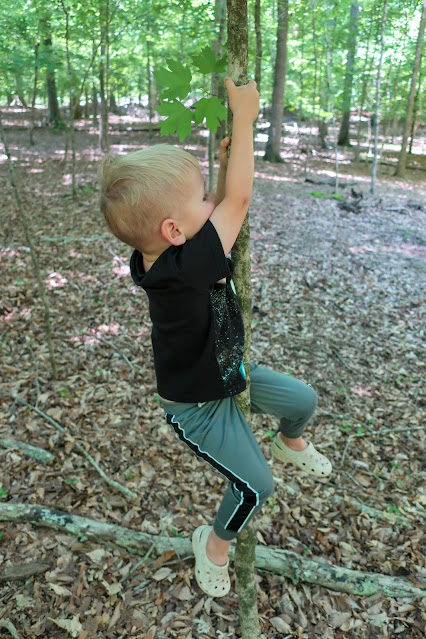 He wasn't really into the hiking aspect (ie. walking on the trail) but rather enjoyed exploring whenever we stopped. 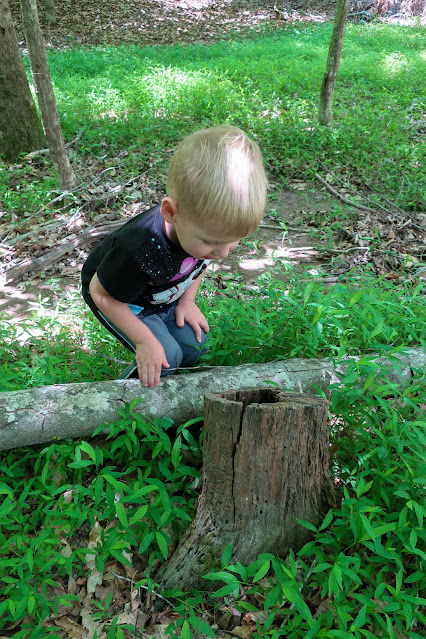 Here are some big kids on a big tree: 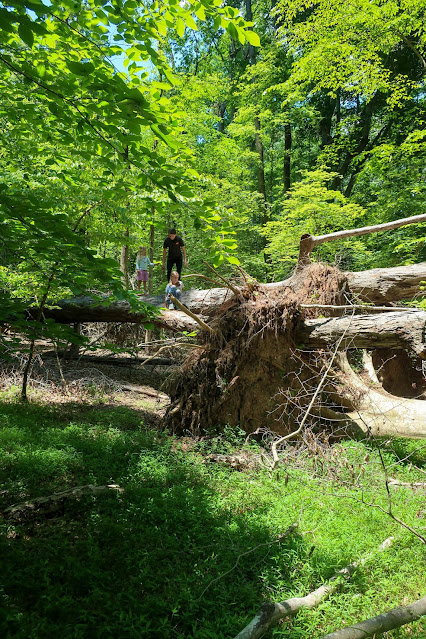 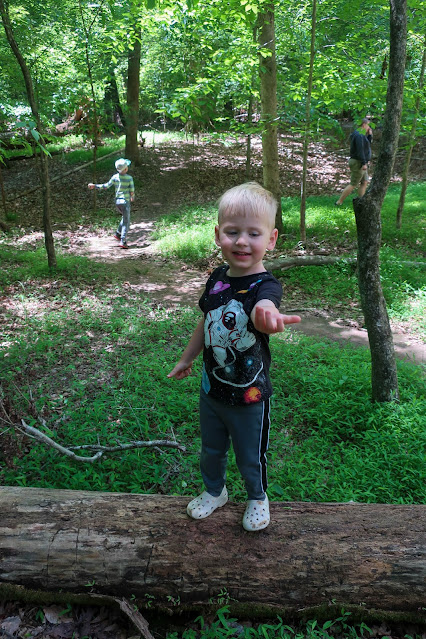 We did get Alexander up on a big tree, but he didn't like it very much: 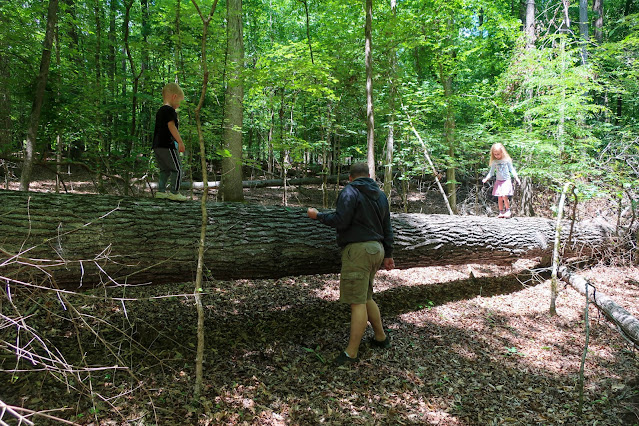 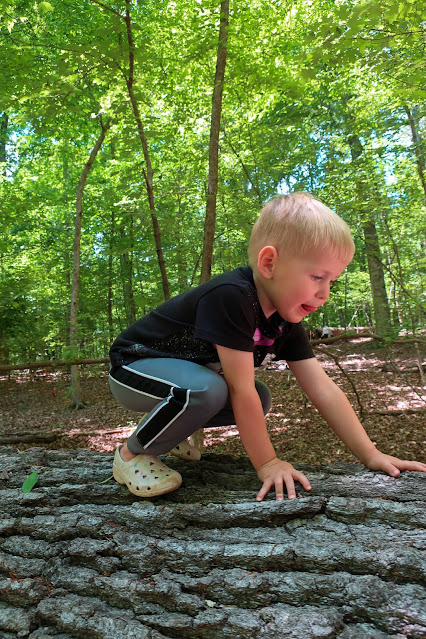 Zoë, on the other hand, felt right at home: 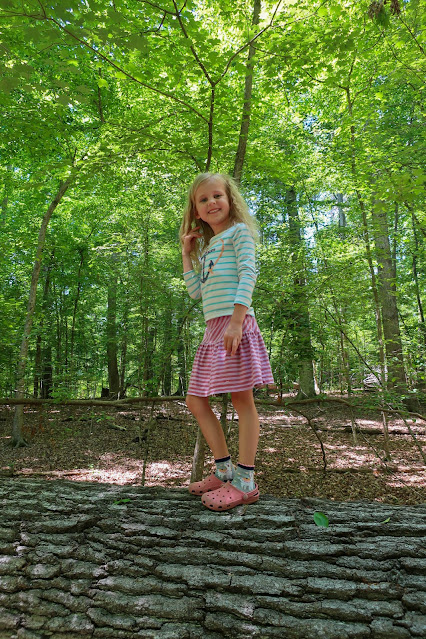 Here's Grandpa with the boys: 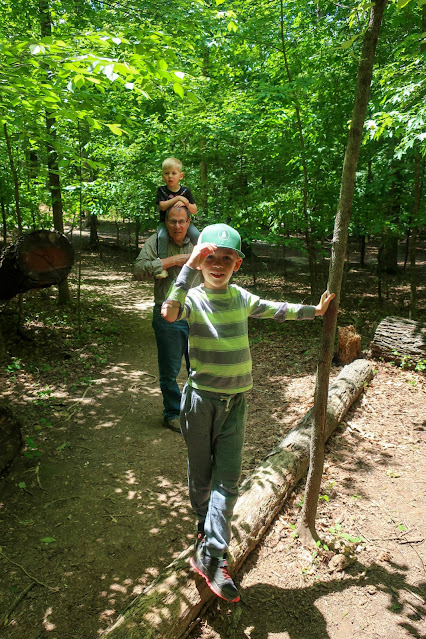 We saw a variety of creatures on the trail: some skinks and anoles, frogs, deer, squirrels, chipmunks, all sorts of birds...a bunch of wild children. Here's an anole that we found: 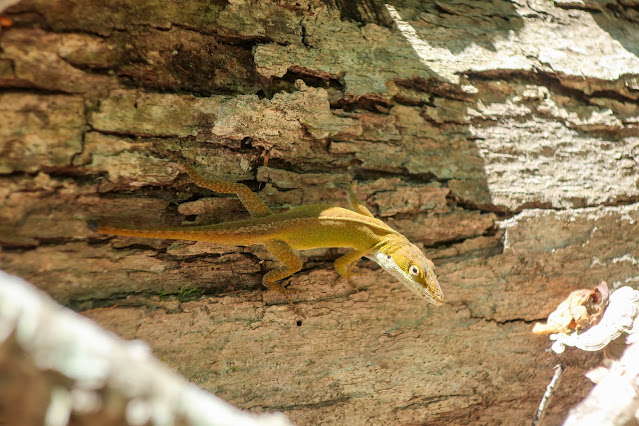 And here are some of those wild children that I mentioned: 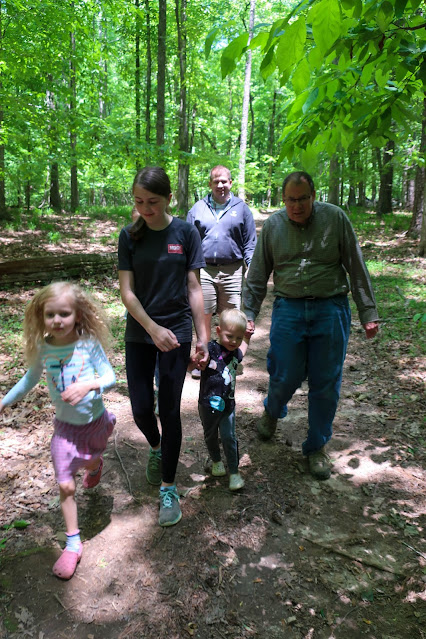 We stopped by the chapel to check out the gazebo on the way back to the parking lot. The kids had wanted to do this the last time we were here but there was a wedding going on so they couldn't do as much exploring around the chapel as they had wanted to. 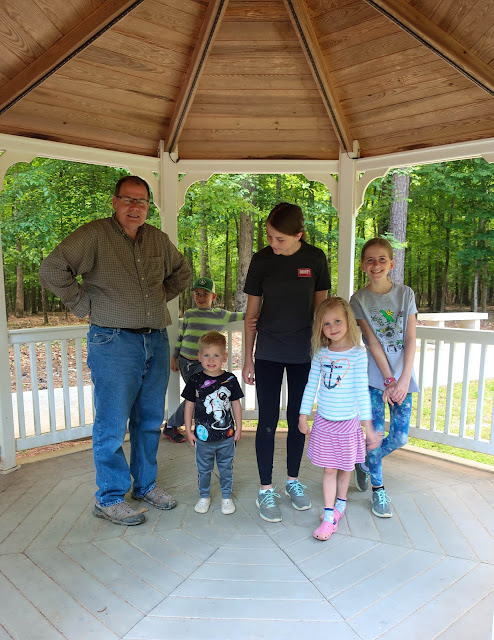 On the way home Grandpa suggested that we stop for ice cream, which the kids were very excited about, and which the lady at the drive-thru was very confused about.
"You want...eight...ice cream cones?"
"Yes."
"Eight?!"
"Yes."
Maybe she thought we were crazy because of the way she delivered them to us—one at a time through the window. Luckily we had eight people in the car to hold them (in fact only four of us held them; Rachel, Miriam, Grandpa, and I each held two on the short drive home)! I was expecting them to come in a little...tray...of sorts. Like for drinks...but for ice cream cones?
I feel like that used to be a thing, but apparently it's not so much of a thing these days. Maybe I'm just making it up. 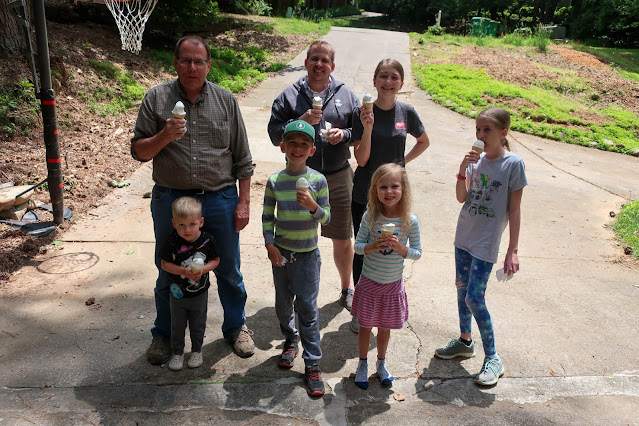 Anyway, we got the ice cream home and ate it outside because our kids aren't used to soft-serve ice cream cones and things were getting a little drippy for a few of them, particularly Zoë (Alexander was surprisingly tidy...but also very slow). 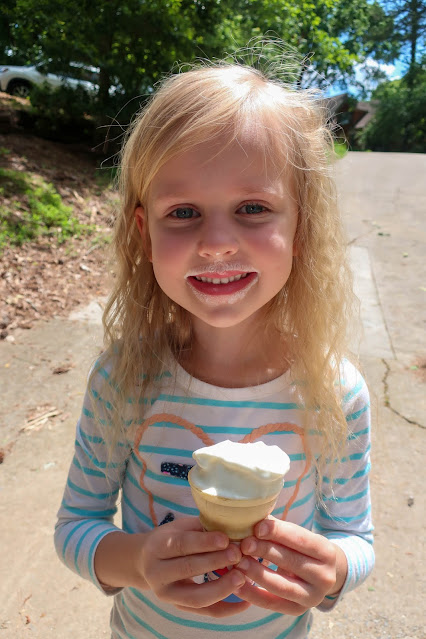 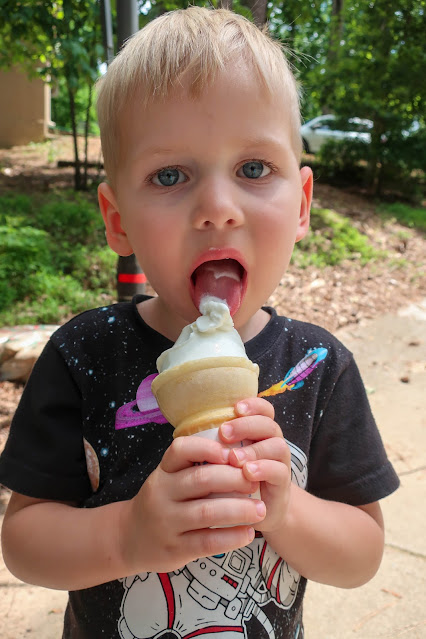 It was a good little excursion!
Posted by Nancy at 5:47 PM