Bike rides and doughnuts with Grandpa

One of the things the kids most wanted to do with Grandpa was go on bike rides. Taking the kids on bike rides can be complicated because they're all at such various levels of riding. Grandpa was patient and took Zoë and Benjamin around the neighbourhood a bit while Alexander pouted in the cul-de-sac (since he's not big enough to make it up (and down) the hills). 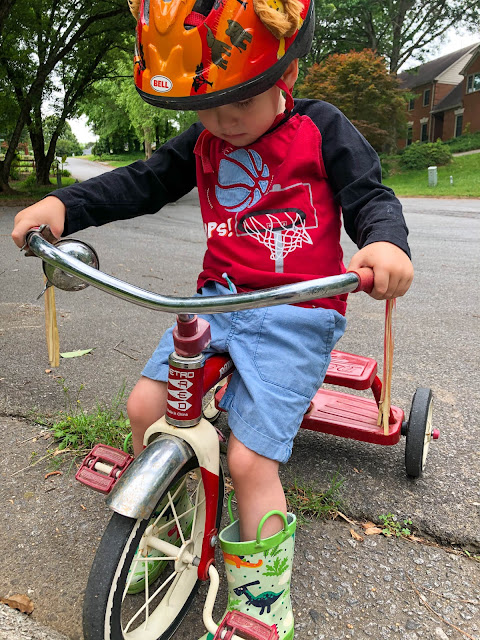 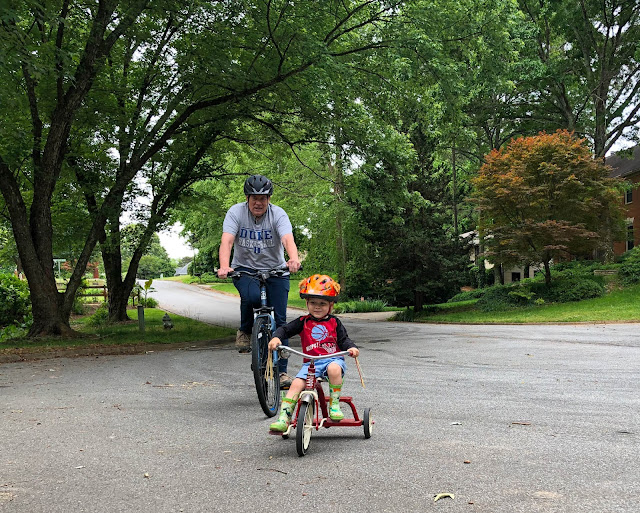 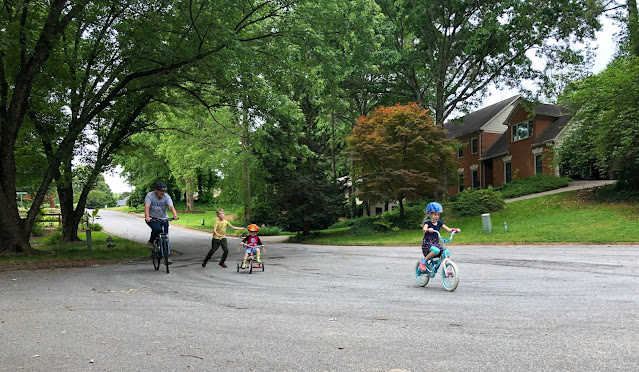 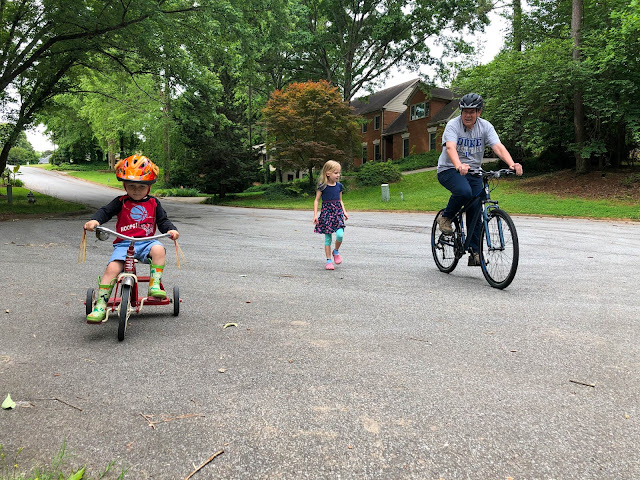 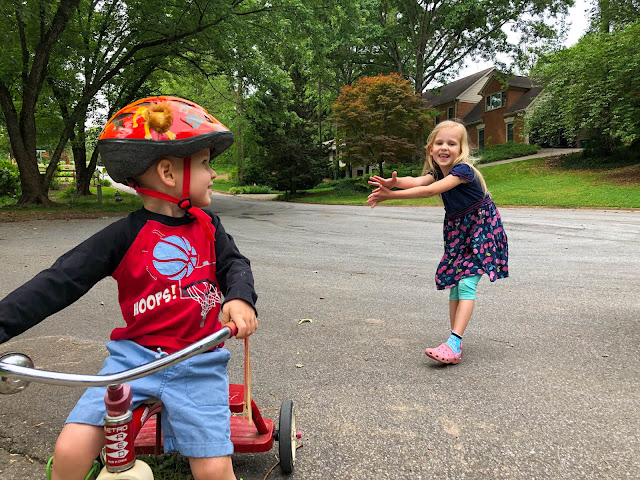 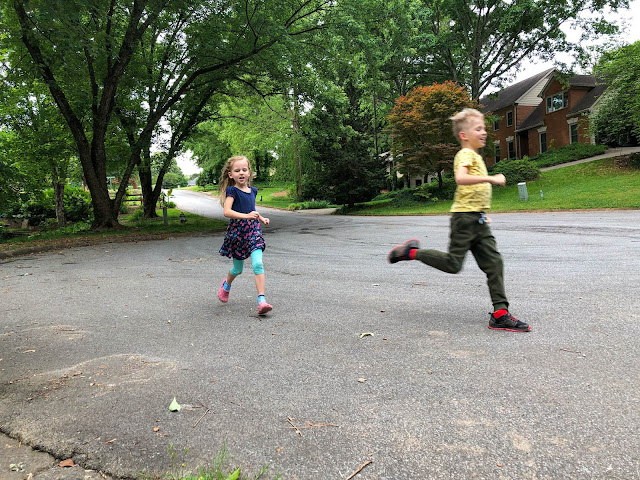 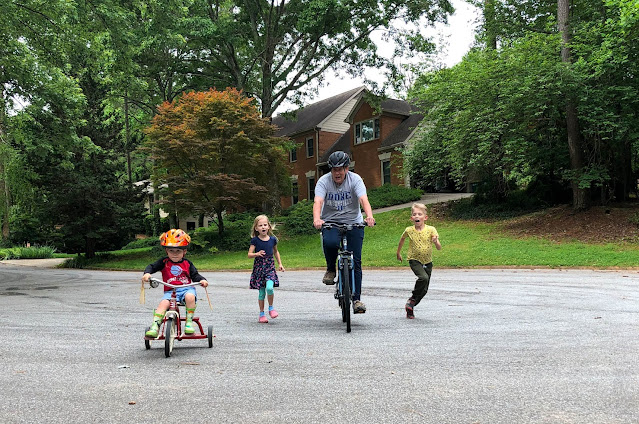 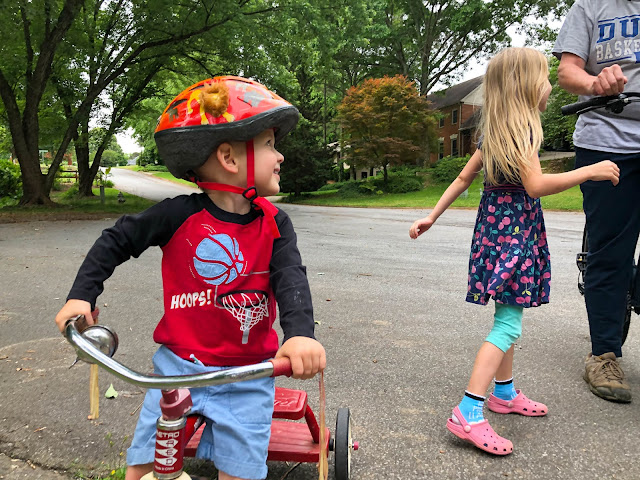 The kids also really wanted to get doughnuts with Grandpa (because that was kind of their thing when we lived in Spanish Fork). One day they had planned to ride their bikes to get doughnuts but it ended up pouring rain all day long so they just boringly drove the car to get doughnuts instead. The kids still thought that was awesome. 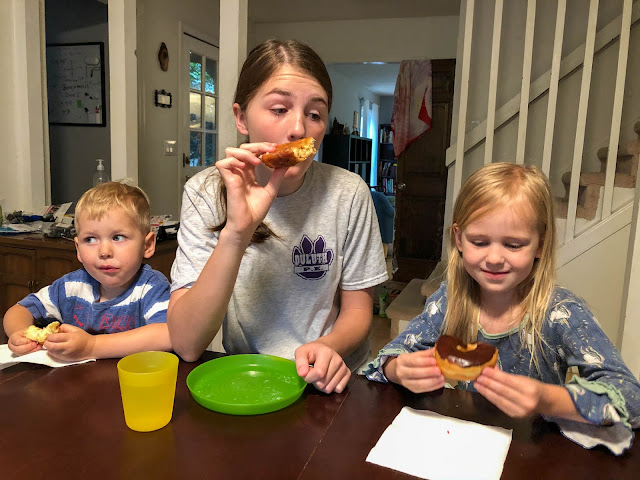 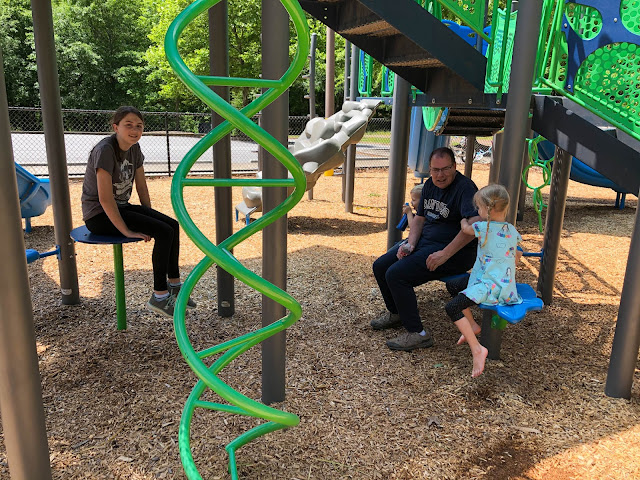 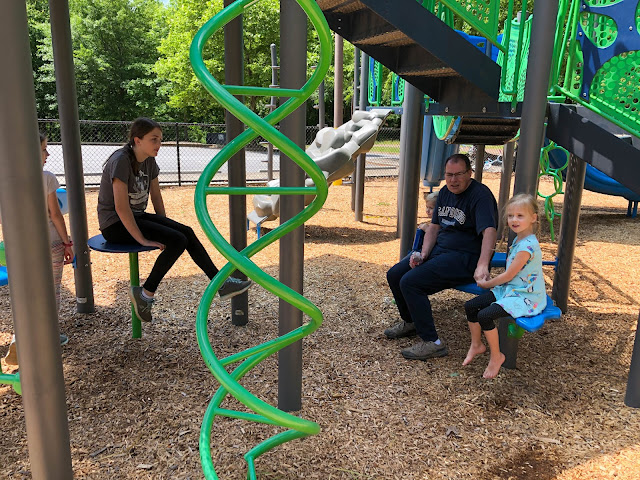 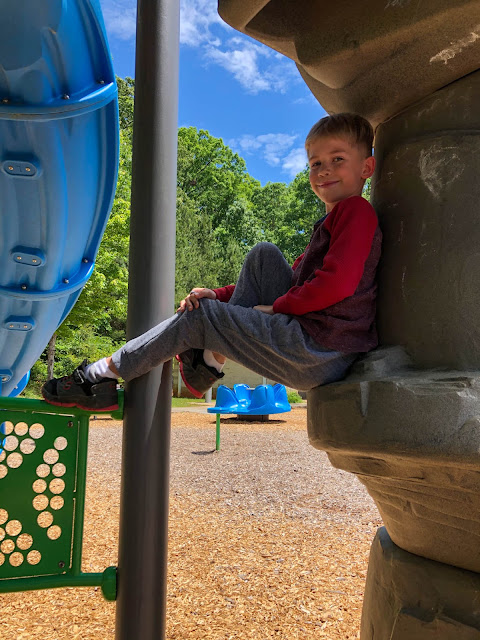 And then the big kids and Grandpa rode their bikes down to the doughnut shop and the little kids and I met them there with the van so we could carry the doughnuts home. Here's Alexander waiting to cheer the bike riders as they arrived home: 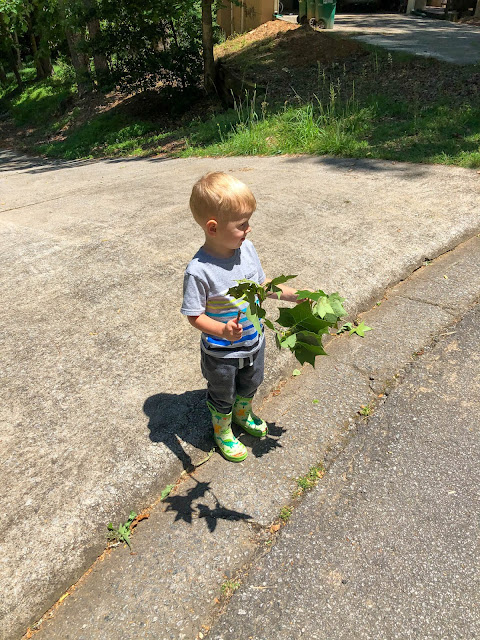 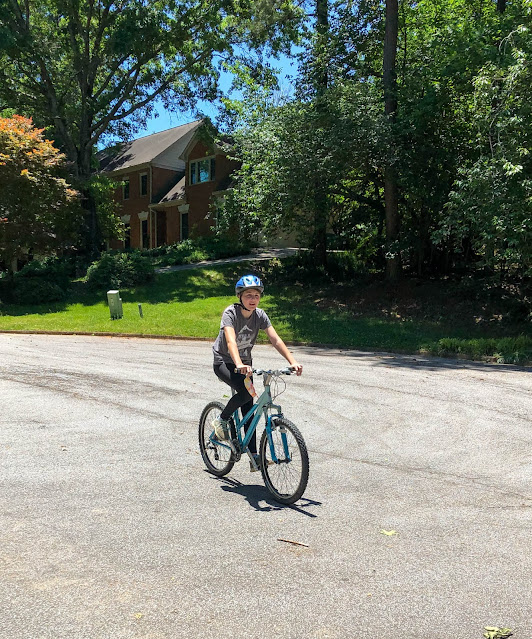 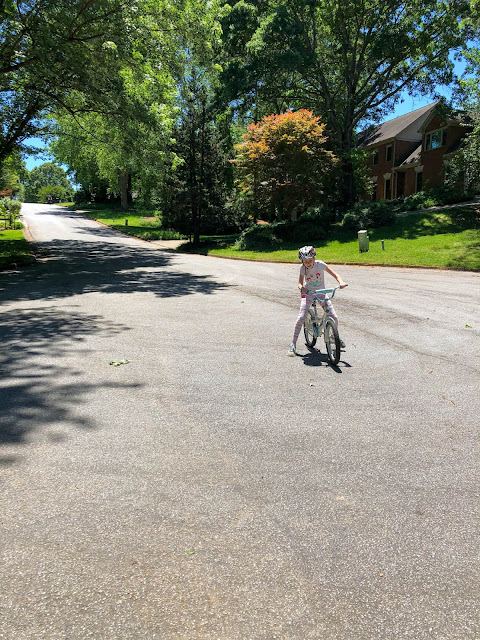 And then Grandpa and Benjamin arrived together: 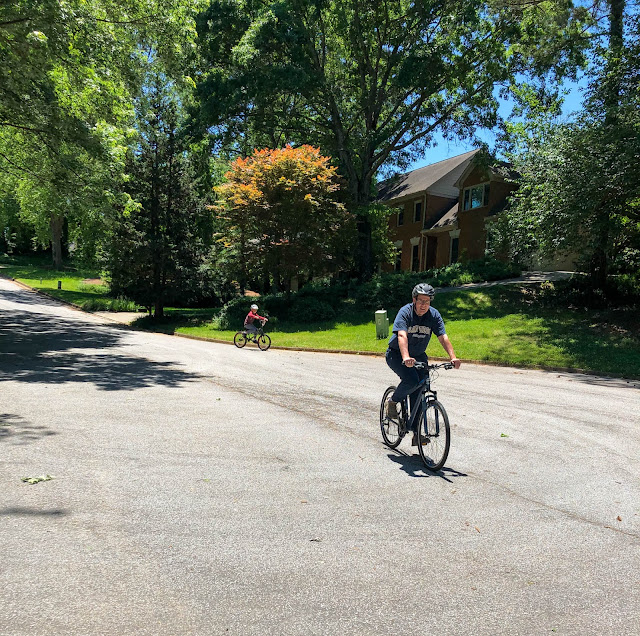 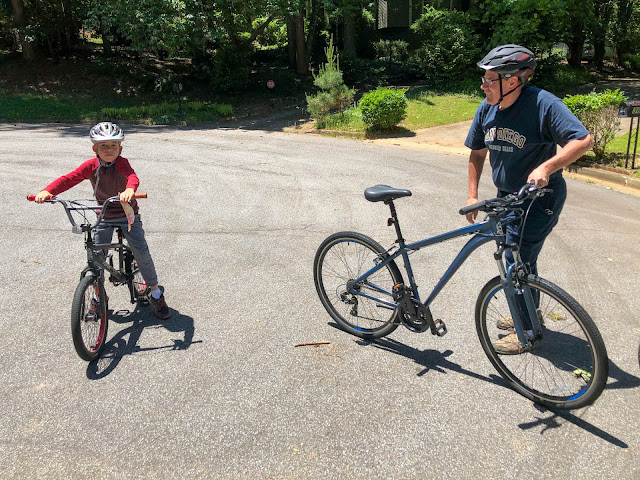 Zoë was super excited about the "Atlanta United" doughnut she picked out. She has no idea what Atlanta United even is but she knew the minute she saw it that she needed to have it. 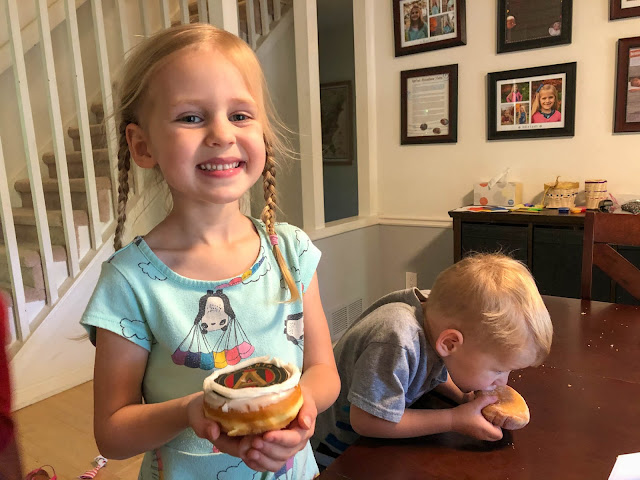 Alexander, you can see, is happily consuming a jelly doughnut.
Posted by Nancy at 1:03 AM