A little bit of swimming

Here's a few pictures of Benjamin lounging around like a lazy bum (on a little raft we found floating in the pool; it's not ours), but really he's been working hard on both his front crawl and backstroke: 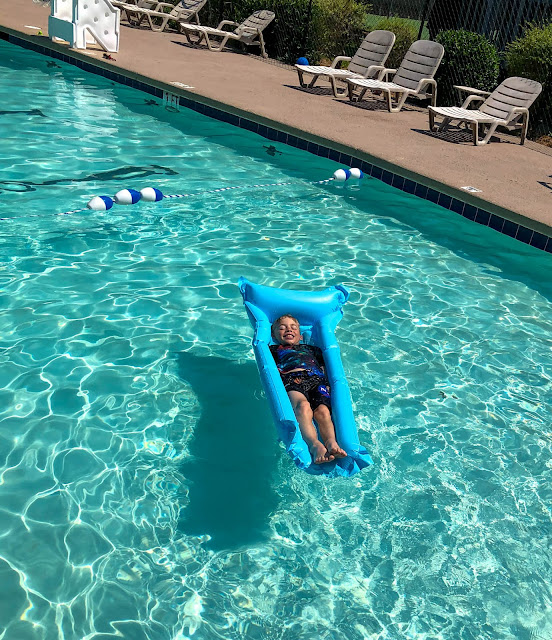 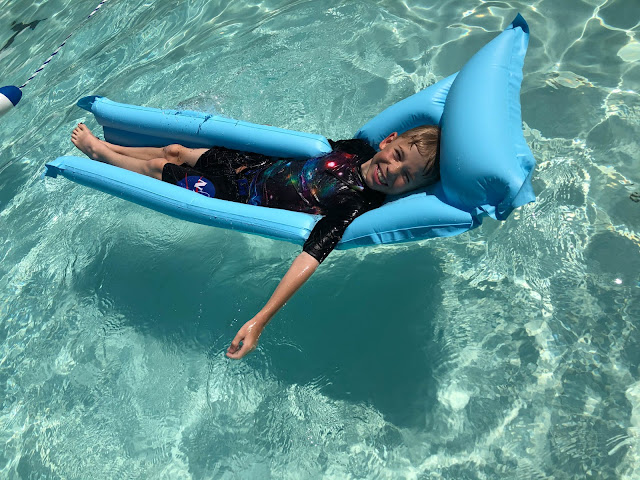 Zoë has been working on both remembering to swim horizontally and, ironically, proper treading water techniques. She really is quite good at front crawl these days and is an excellent back floater, but remember when I said the kids like to play "interpretive diving"? I'm not sure I ever fully explained that. They choose a theme and then see who can come up with the most creative "dive" on that theme. On this particular day, the theme was Harry Potter and Zoë, who had previously executed a beautiful jump and then swam to the side with excellent form, went screaming off the diving board and then instead of swimming to the side spent a considerable amount of time punching herself in the head.

She was very proud of her "Dobby" impersonation (though the rest of us were simply concerned that she was drowning). Now that I know she's not drowning, it's really quite a humorous jump...

Zoë and Alexander spent a lot of time jumping into the shallow end as well. They jump in and then either fetch a diving stick or flip onto their backs and float. It's great practice for in-water recoveries. 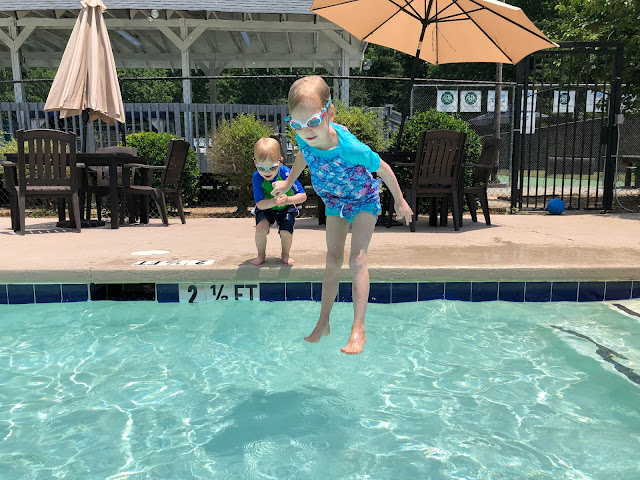 Here they are jumping off together:
And here's Alexander showing off his back float skills: 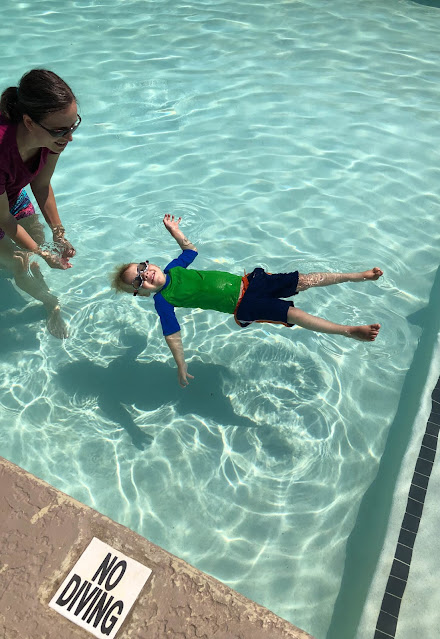 The last day for public schools is tomorrow, which means we won't have the pool (virtually) to ourselves anymore. We'll have to see what times are the least popular times to go and try to go then. And then we'll be hitting the pool every day come August when the public schools start up again (and they're starting up quite early this year)!
Posted by Nancy at 11:13 PM