Even though we started our school year in July we didn't take our "back-to-school" pictures until August when everyone else started their school year. Today we took our "last day of school" pictures, though the public school kids won't do that for a few more weeks. 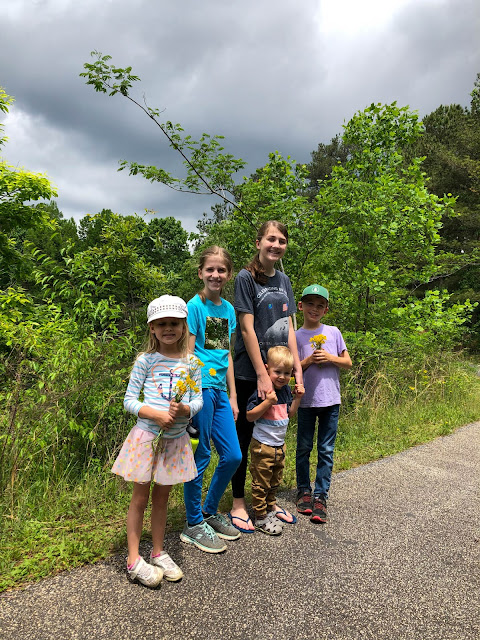 We spent the afternoon enjoying having the park all to ourselves (which meant our masks could stay in my purse rather than on our faces).
The kids were immediately drawn to a section of flooded parking lot adjacent to the park. Usually it's not flooded so it was very interesting (when what we'd really come to the park to do was to look at the actual pond).
Zoë stood on a log as she gazed at the impromptu pond (the very log you see behind her), which was a bad idea because nobody, including herself, noticed that it was swarming with ants...until she was swarming with ants. She's smiling in the picture, but only barely (she's rather nervous to be standing so close to the log again). She spent several minutes screaming and crying and jumping up and down and then I spent several more minutes swatting ants off her legs. We did eventually get them all, but she was a very sad child for a while... 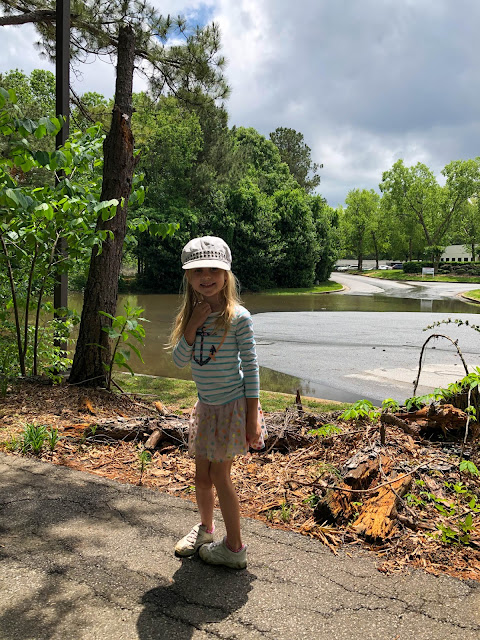 Benjamin, good brother that he is, gave the log a good kick and the top layer of bark went flying off, revealing a lovely little colony of ants (hungry for the legs of little girls). 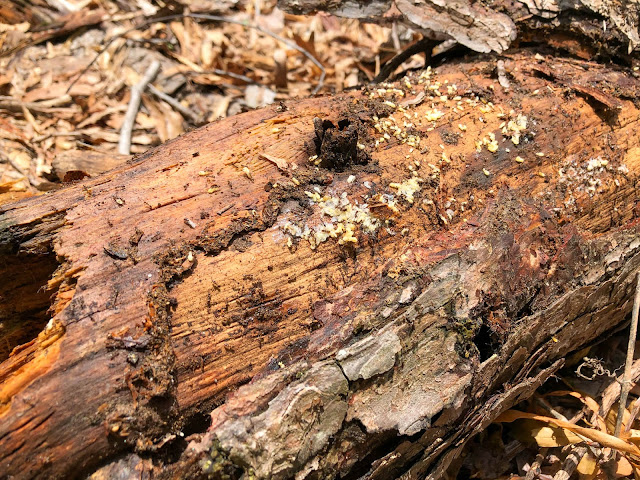 Ah, spring in the south: Bugs. Snakes. Humidity. Pollen. Poison ivy.
And beautiful blossoms everywhere (it's not all bad (in fact, I quite like spring)). 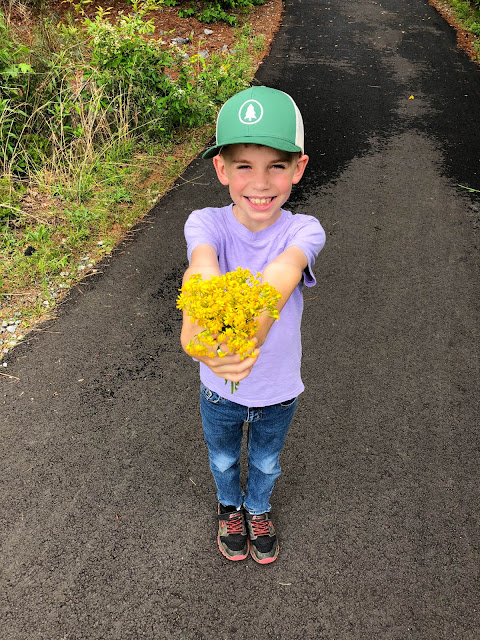 Here's another shot of the kids: 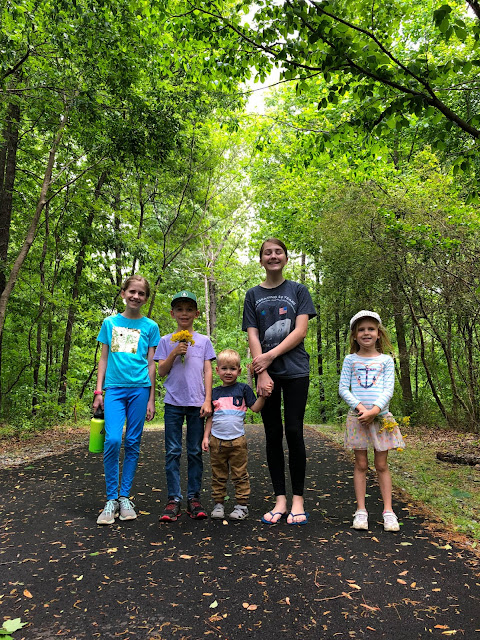 Benjamin later exchanged his bouquet for a worm, which made Zoë happy because he ditched his bouquet by giving it to her (which doubled the size of her bouquet)! 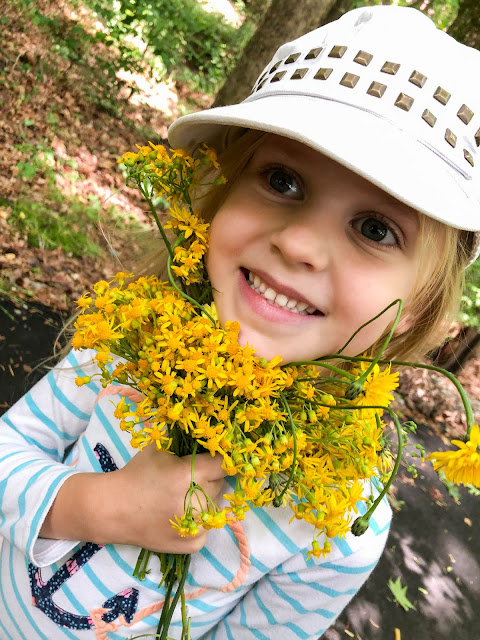 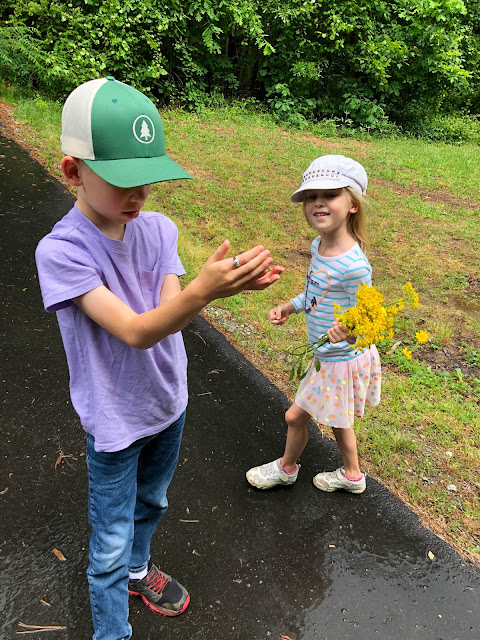 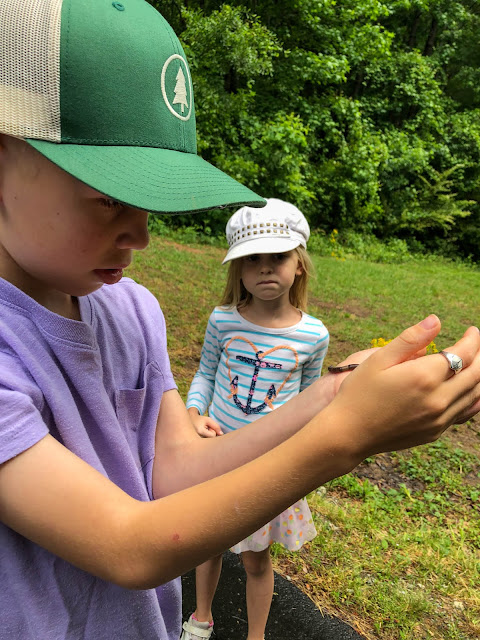 Alexander took a long time to get dressed this morning because he was convinced that long socks should cover the bottom half of his wardrobe. It took us ages to convince him to put pants on. He kept saying, "But my socks are so tall! I don't need pants!" Unfortunately, a shirt and socks does not a complete outfit make and he finally saw our logic and put on some pants.
It was rather funny, then, when a jogger came up from behind us wearing nothing but shorts, shoes, and—rather fortunately—headphones.
As he passed by Alexander yelled, "IT'S A NAKED GUY!"
He then wondered aloud about why "that man [doesn't] have any clothes on" and many other embarrassing things. Rachel, Miriam, and I were all very glad the man had headphones in because he did exactly what we needed him to do and just jogged on by blissfully unaware that he shook Alexander's notion of propriety.
(My sister Abra later mused that at least the man was wearing pants...unlike Alexander this morning).
Here's Alexander getting a few swings from his sisters: 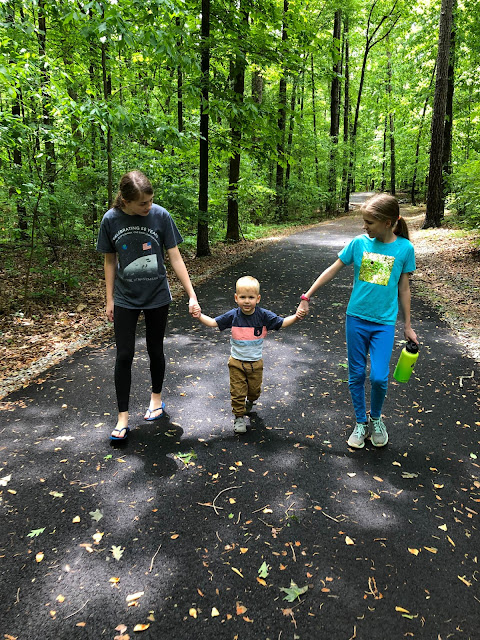 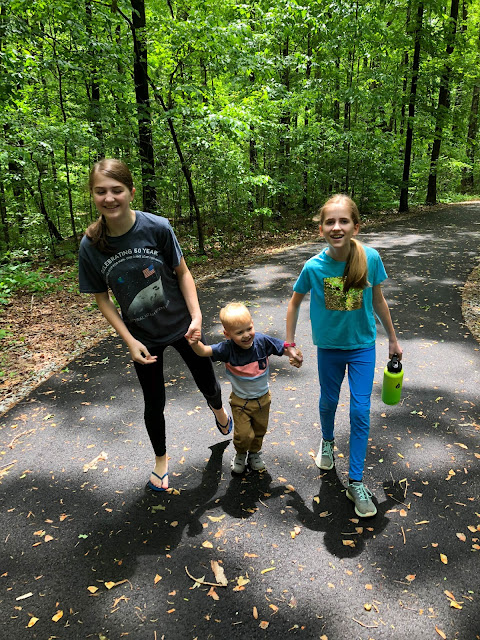 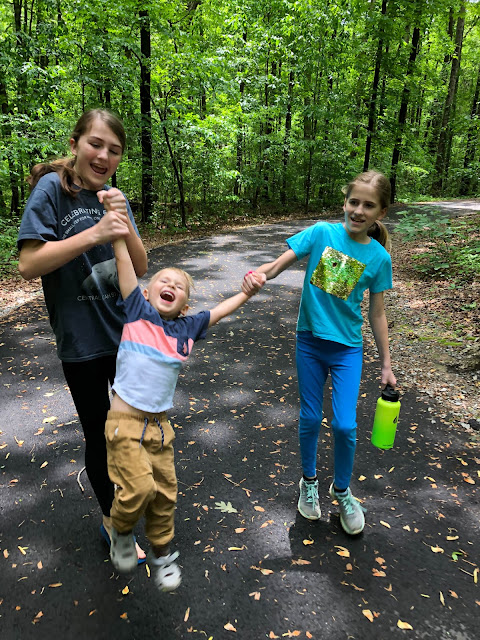 Zoë found a little snail, which was really quite social and stayed out of its shell to converse with her for quite a long while. She prefers snails to slugs and worms (though we saw plenty of those, too) because if you only hold them by their shell then they can't slime you (which is true). 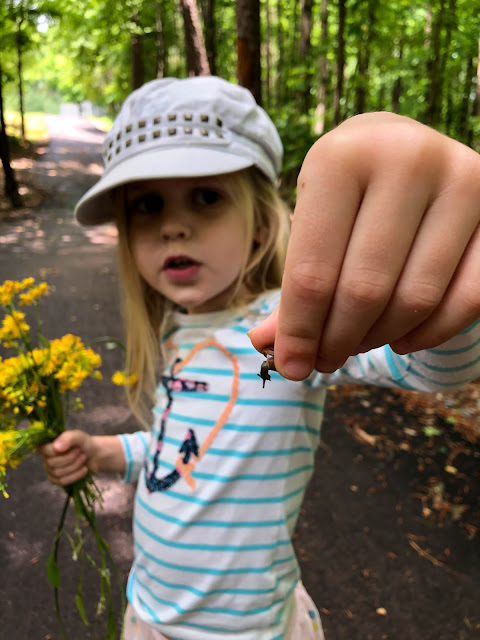 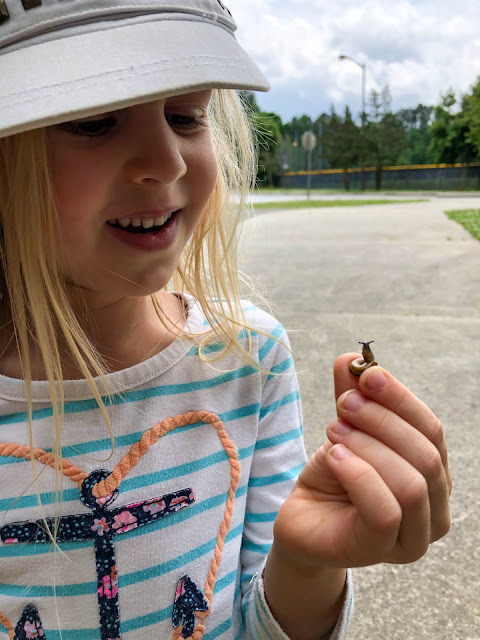 And, finally, here we are having a little playing time at one of the parks we hit on our walk (we technically visited four parks, but this is the only one I took pictures of): 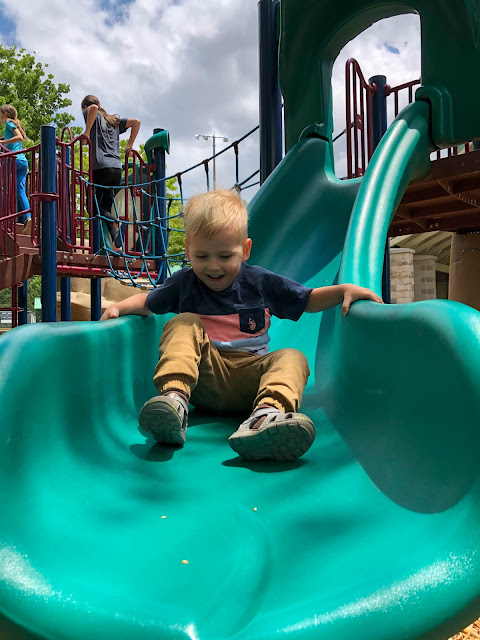 I just love Alexander's giggles. He's the noisiest little laugher (a lingering symptom of his laryngomalacia, we think (he still is a noisy sleeper as well, but is getting better all the time)):