I had initially planned on going to the National Library as soon as it opened at 9:30. Out of all the archives and institutes I’m seeing here it’s the only one open on Saturdays, and only for reduced hours, until 1:30. I woke up and was down in the lobby of the hostel with plenty of time to spare, until I discovered my empty wallet.

I still don’t think I can fully describe my rancor and disgust at the fact that I was robbed by a druggie.

By the time I took care of all that mess it was 10:15—I was behind schedule. I ran over to the library, skipping my usual breakfast, and was fortunately able to get all the books and make all the copies I needed. I had just barely finished when they made the announcement that the library was closing for the day. Phew.

It was 1:30 and I had nothing to do for the rest of the day. I didn’t feel like walking around and doing touristy things—my feet are tired from all the stressed rushing around I’ve been doing the past few days, plus, I’ve seen almost everything already. I didn’t want to go chill at the hostel—I didn’t want to risk a confrontation with my thief in case she hadn’t been kicked out yet.

While waiting for the photocopies at the library I wrote about the robbery, so I decided to run inside the hostel, post it really quick, chat to Nancy for a while, and find some concert or something to do for the evening.

I soon found an orchestral concert entitled “Passione Russia,” or Russian Passion, put on by the Accademia Nazionale di Santa Cecilia. The website described it as “A concert dedicated entirely to one of the most beloved composers,” saying it would feature two compositions by some composer named Čajkovskij. I had no idea who it was talking about, but I decided to go anyway just to get out of the hostel. I got on the metro, pulled out my trusty PDF map, and figured out how to get to the concert hall.

I made a quick stop at Piazza del Popolo, which was on the way. In the middle of the piazza is the obelisk of Ramses II, taken from Heliopolis, one of many scattered throughout Europe, taken from Luxor and Karnak over hundreds of years of conquest. I said hi to the obelisk, telling it I’d be going to its old home in a few days. It didn’t care. I should probably stop talking to obelisks. 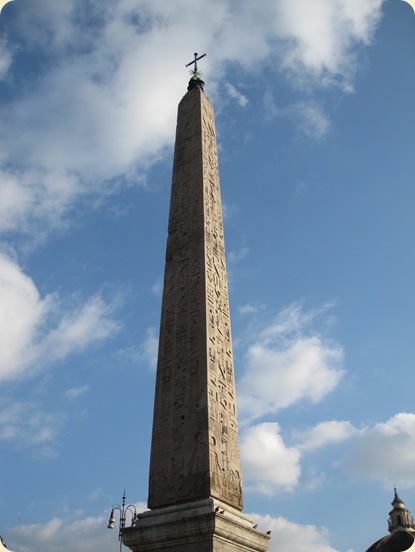 Five minutes later and I found myself at the concert hall. I expected it to be some small affair, since it was touting a concert by this unknown Čajkovskij fellow. It’s huge. 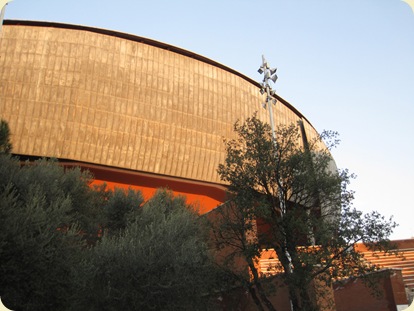 While waiting in line for my ticket, I stared at the fancy screens advertising the concert, trying to figure out who the heck this “most beloved” composer was. Then it hit me.

Now, I’m not an ignorant classical music listener. For three years of high school all I really listened to was classical music. I’ve cavorted around Europe in orchestras. I had Mozart’s KV catalog partially memorized. I totally knew Tchaikovsky isn’t the real way to spell his name anyway. It’s transliterated. I speak Arabic—I know all about transliteration.

I’m blaming the Sicilian girl for messing with my mind today.

As it turns out, the Accademia di Santa Cecilia is actually a longstanding papal music academy and one of the leading philharmonic orchestras in Italy. I basically decided on a whim to go listen to a real national orchestra. That’s like showing up at Abravanel Hall or The Met just for kicks and giggles.

After buying my ticket I hung around the auditorium’s bar/café for an hour or so before going in the massively huge hall.

2,800 people fit in this, the largest hall in the Santa Cecilia Parco della Musica complex. I sat in the nosebleed section in the top right corner of the picture above, on the front row of that shadowy area.

The concert was fabulous, with the orchestra playing only two rather long pieces: Tchaikovsky’s piano concerto no. 2 and his Manfred symphony. The concert lasted almost three hours. It’s been a long time—years maybe—since I’ve been to a concert, especial one of that caliber.

It was a fantastic end to a stressful and humiliating day.