I planned on getting up early to get a head start on the day, but like I mentioned before, it’s impossible for me to wake up. Impossible. Plus, I had an amazingly great sleep, which I chalk up to two factors: (1) I was scared to death of having someone else in my room, so my body totally shut down, and (2) the hostel is actually just one floor of a three star hotel—I guess the hotel wanted to get some extra money from cheap students. Since they still want to maintain their three star image, there’s a rather strict noise curfew from 10–8. It was deathly silent, which rocked.

I called the embassy and finally got my foreign ministry clearance (although they said it wouldn’t be processed until later that afternoon) before heading to a local bar1 to have breakfast—a cornetto and a cappuccino d’orzo2.

While breakfast was delicious, my plans for getting around the city were dashed. Italians like to strike, or at least threaten to strike. Yesterday after I landed rumors were flying around that both metro lines would be closed for 24 hours, but I mostly ignored the announcement. During my mission there were threatened bus, metro, train, and tram strikes all the time—they only ever actually happened once ever couple months. Nancy and Jaehee almost got trapped by a strike in Greece, but the Greeks never really went through with it. I figured that this would just blow over. Besides, the metro was partially broken the day before; a strike the day after a massive metro outage wouldn’t be the best combination for metro PR and the cause of the strikers.

The gates of the metro station were locked. They really struck. Awesome move, metro drivers.

My first stop for the day was the Istituto Italiano per l’Oriente3, which is near a metro station (or, rather, two train stations away from a metro station), but since the metro was dead, I had to figure out another way. I whipped out my laptop, found some open wireless network, downloaded the complete PDF map of all metro, bus, and tram lines, and started planning. I was in a totally unknown neighborhood, but I figured it wouldn’t be too hard to get there. Rome’s public transportation is a fantastic system, really.

Looking at the map, the fastest way to get to the IpO was to take a tram that passed by the next metro stop. By metro it’s a straight shot—on foot not so much. I walked along side streets, occasionally pulling out my laptop to check that I was going the right way, until I finally found the tracks. I got on an overcrowded tram that I hoped was going the right way. Again, I kept consulting the laptop with the PDF—an awkward feat in a crowded, confined space. Life would be so simple with an iPhone. Someday…

I got off the tram at the right stop, and after consulting my trusty computer one more time, successfully walked to the IpO, which is hidden away in a residential area and shares an apartment building with the Italian headquarters of UNHCR.

The Istituto was decorated with old maps of the Arab world, Qur’anic inscriptions, rugs, and other effects of the Middle East. There was a small class down the hallway working through an Arabic newspaper article. A lady walked by speaking Egyptian on her phone. Old books + Middle East + Italy—I totally felt at home.

The director gave me a quick orientation and showed me to the catalog—an ancient set of card catalog drawers. After filling out a few request forms, the director brought me the books from the stacks. I made several dozen photocopies and in less than two hours was done. It was a quick in and out visit, but überly useful. 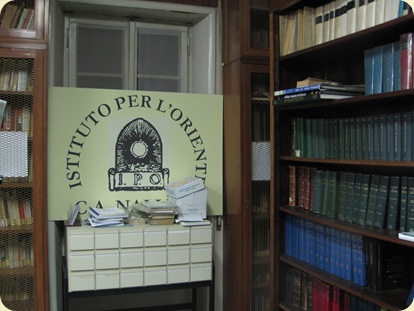 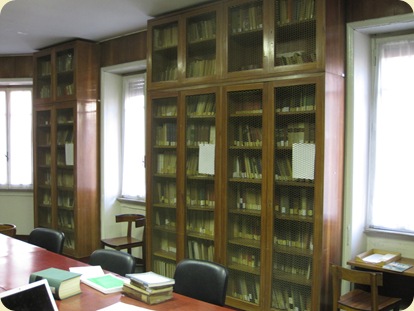 I decided to head back to the Biblioteca Nazionale Centrale and actually get some books—I was too early yesterday to make any requests. I got a quick bite to eat at a pizzeria (sensing a gastronomic theme here…), hopped back on the tram, and headed back to the library.

I filled out the request form to make photocopies of the diplomatic documents I had found earlier, and ordered three books (the maximum, unfortunately), which were brought to my desk after half an hour. The books were pure gold (not real gold, obviously… research gold :) ). 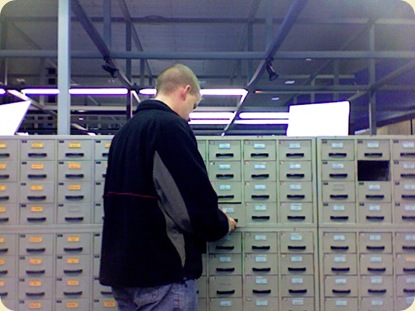 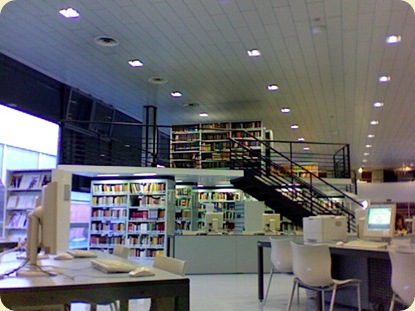 (Excuse the grainyness. Cameras aren’t allowed in the library, but computers are. My computer happens to (conveniently) have a tiny camera.)

I marked tons of pages to photocopy and went to pick up some request forms only to discover that although the copy center closes at 5, they only take requests until 2:30. I didn’t even get the books until 3:30. Rats. Now I have to go back later this week, re-request those three books, and wait until the copies are done before I can look at anything else. Defeated, I left the library and went back to the hostel to relax (and blog) a little.

The great thing about Italian strikes is that any organization that provides public services has to guarantee service during commuting hours, so I jumped on the metro during the evening commute window and went off to visit the Vatican, just for fun. Unfortunately St. Peter’s was closed by the time I got there, but I enjoyed the view of Piazza San Pietro, still decked out for Christmas with a giant Belgian tree and life-size presepe. 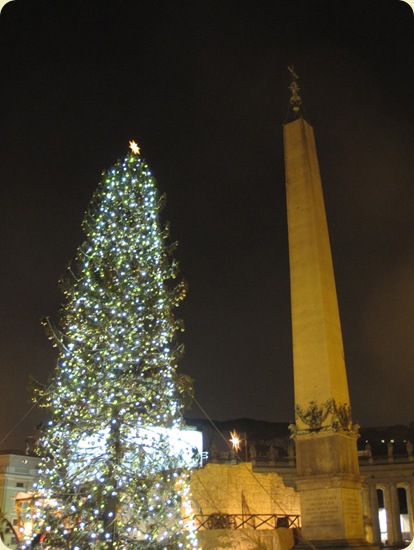 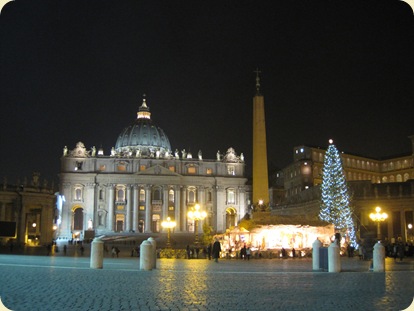 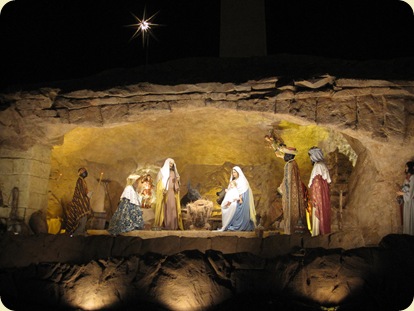 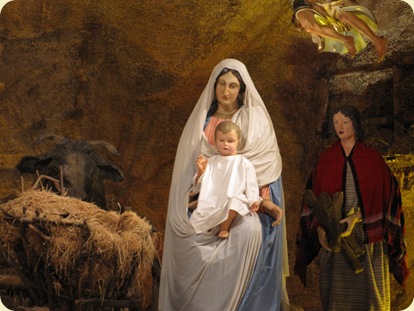 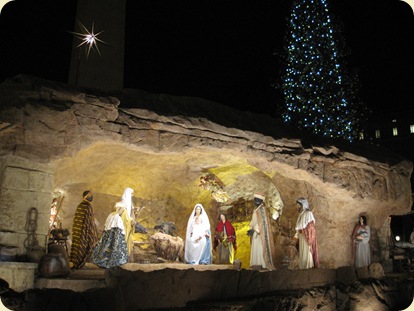 I walked down Via della Conciliazione towards Castel Sant’Angello, fully intending to make it to the fort, but halfway down the road I decided to go into a church that seemed open. I figured that since I came all the way out to the Vatican, I might as well go inside a church.

I walked inside the church of Santa Maria in Traspontina just in time for vespers. I took a seat on a back pew and stayed for the whole mass, admiring the gorgeous Renaissance architecture and taking in the beautiful organ music.

It wasn’t a standard Catholic congregation. While the church is officially run by the Carmelites, it was probably some type of Neo Cat congregation. Lay members performed most of the service (homily, liturgical readings, most of the prayers). and the priest only really got involved for communion. At the end of the services, the priest initiated three women into the Third Order of the Carmelite order, thus making them lay nuns. He gave them special scapulars to wear under their clothes as a reminder of their devotion. Cool stuff.

After mass I walked back towards the metro station (which was closed for the strike again) and got on a tram—the same tram I took to the IpO this morning—and took a long ride back to the neighborhood around the hostel. It was 9 PM and I was starving, so I stopped at a hostaria and had a pizza-free dinner: a huge plate of mushroom lasagna and a parmesan omelette. A paradisiacal end for a pretty productive day.