Our neighbours are pulling out their bushes and the girls were attracted to all of the noise. Grandma took them both outside to check the mail and to watch the men at work. While outside they noticed a praying mantis, whose house had most likely recently been uprooted. He sought refuge on the wall. 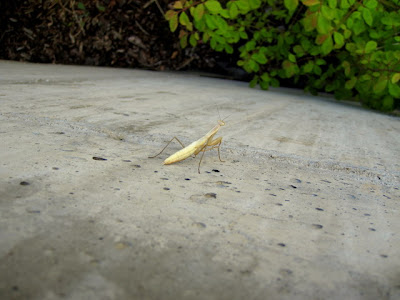 We caught him (with some help from our neighbour because I'm a little more skittish around praying mantises than I am around butterflies) and helped him move into our backyard. 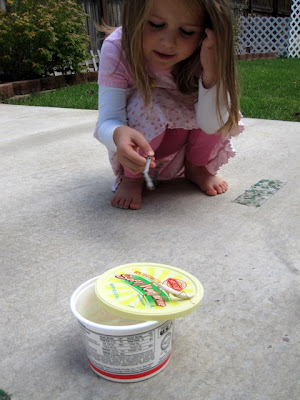 He was unsure of how to get out of his transport container and Rachel was very concerned that he was going to plummet to his death. 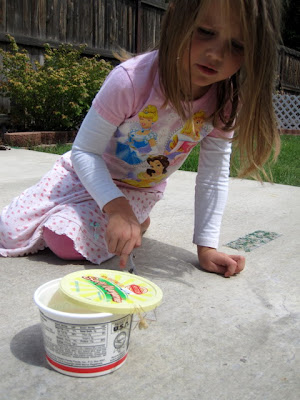 We set out a twig ladder so that he could climb down to safety. 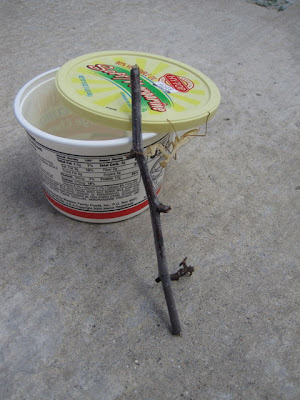 And then he scampered away and hid himself...somewhere...quite effectively. I would have guessed that praying mantises are related to stick bugs because they really do look quite stick-bug-ish to me. They're not, though. They're related to cockroaches...though they're ever so much more helpful than their icky relatives!

They're also related to termites, which are both a nuisance and a (potential) boon—they are "one of the planet's most efficient bioreactors," able to make two liters of hydrogen by digesting a single sheet of paper. Very interesting...

Mantises, as far as I know are not bioreactors. Instead they just eat pesky garden bugs...
Posted by Nancy at 3:22 PM