We got a package on Saturday. The kids couldn't have cared less about what was inside. They just wanted the box. 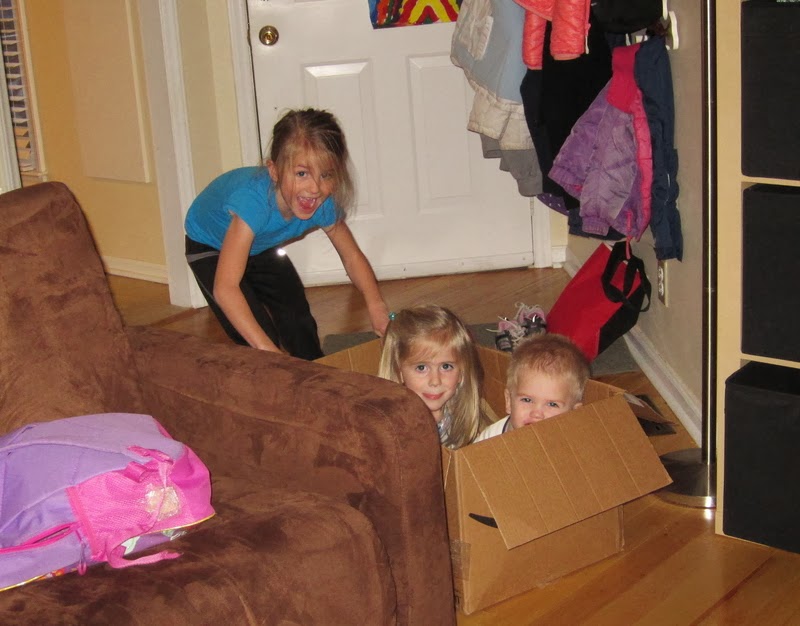 No sooner had I removed the contents then did Rachel declare the box was a school bus. She's spent the past three days carting Benjamin and Miriam around. It's quite the workout for her. 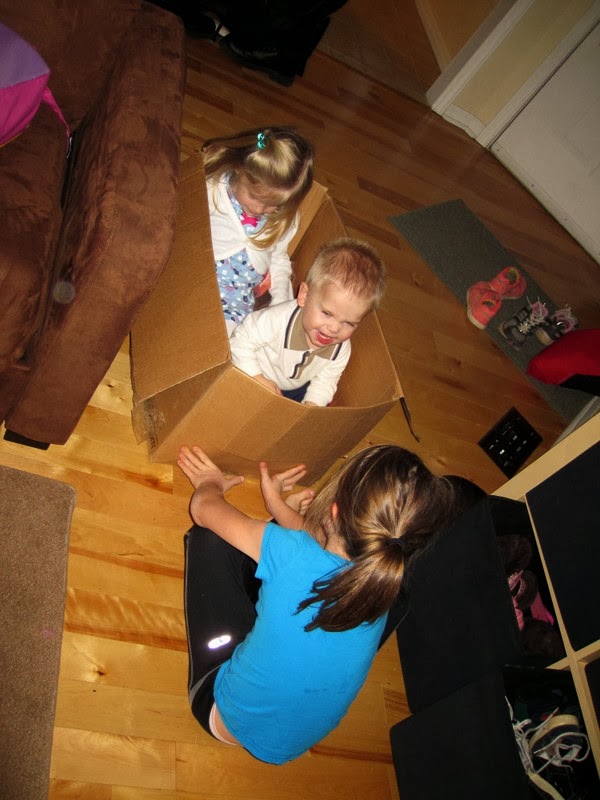 At one point they set up an elaborate system where you had to swipe your bus ticket (junk mail "credit cards") in the ticket-taker machine (a toy cell phone) in order to board the bus. They might've been playing "city bus" then instead of "school bus" though. It's hard to keep all these games straight when you're not invited to play. *sniff* (Just kidding—independent play is my manna from heaven). 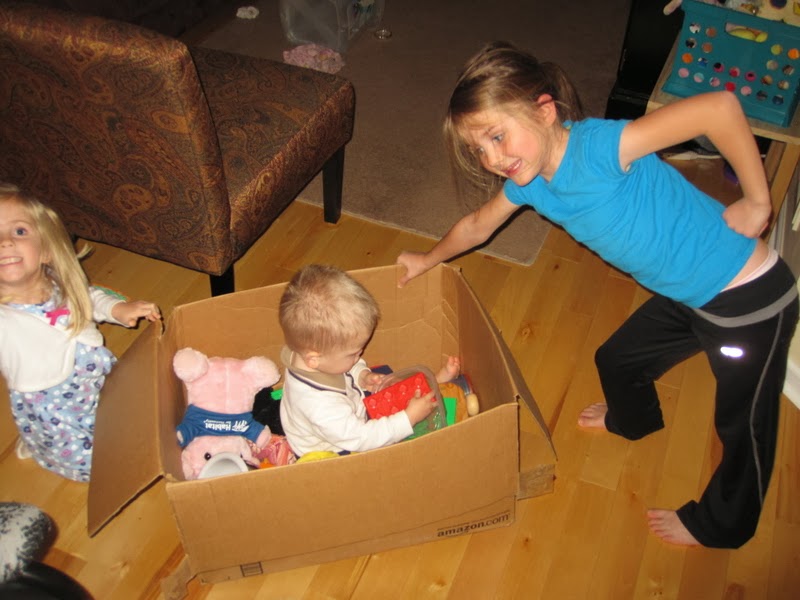 Benjamin thinks this game is the best. 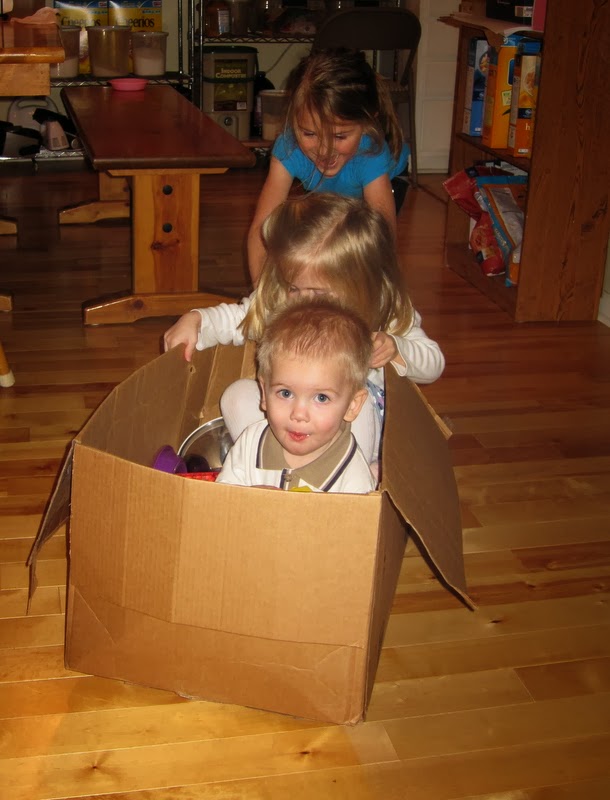 (Oh, and I just remembered that that's one more meaning for Benjamin's syllable "buh." Bus! Waiting for Rachel's school bus is often the highlight of his day. Now that she comes off the bus and then plays bus with him? His life is just about made.)
Posted by Nancy at 12:41 AM