For most of Sunday I was on my own with the kids. Andrew was still out of town but was on his way back. He almost—almost—chose to give up his seat in exchange for a 1st class ticket and a $500 voucher but he didn't because he thought that if he came home at 10 PM rather than 4 PM that I'd go crazy.

He might've been right. But also...free plane ticket!! Oh, well.

I am so happy to have him home. The kids are, too!

Here's Benjamin parading around on the couch wearing his Sunday attire: 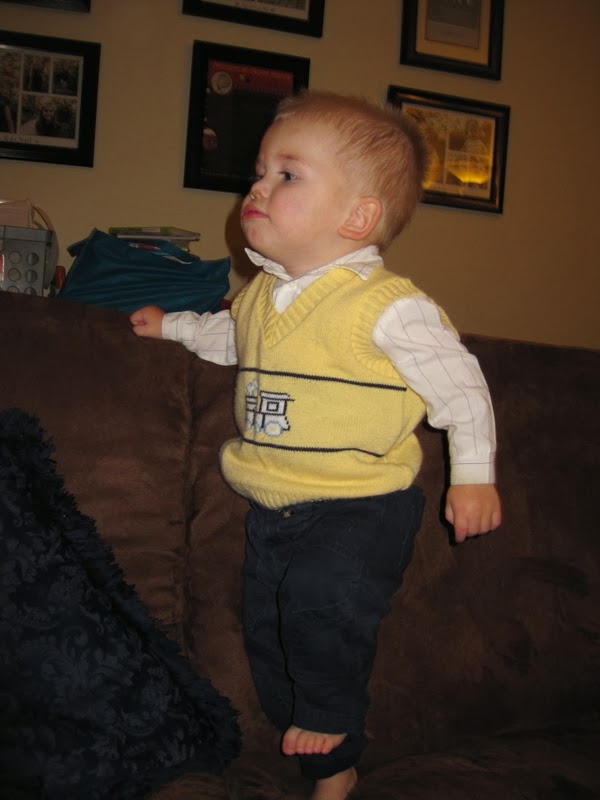 He was so happy to have a train on his vest. I love to see his preferences coming out—right now his favourite pyjamas are this pair speckled with various balls: footballs, basketballs, baseballs, soccer balls. He doesn't really know what any of those sports are but he knows he loves balls, and he knows he loves those pyjamas. He also loves this train vest.

Rachel wanted to try on my favourite outfit from grade four: 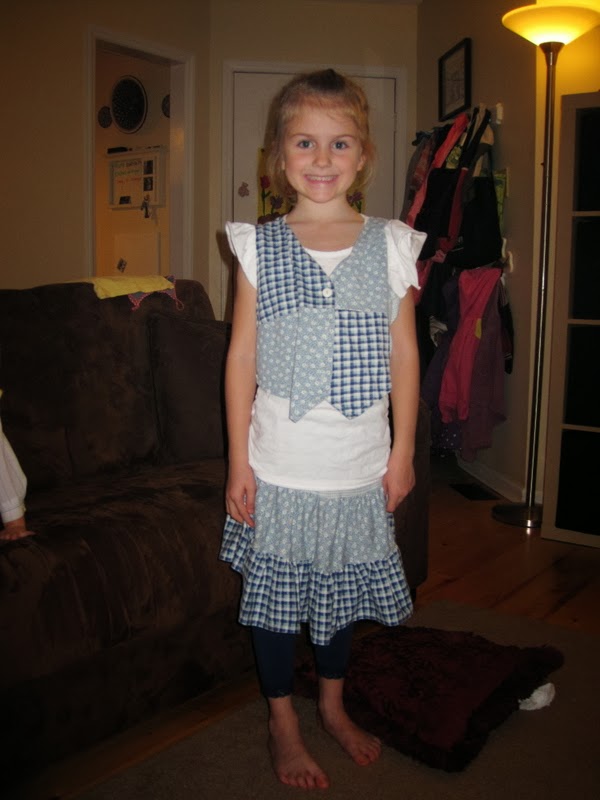 It fit her surprisingly well. She's not even big for her age—just average. Considering she's wearing in grade one what I wore in grade four, I think it's safe to say that I was always on the small end of things. I really can't believe this fits her already, but the cool thing about clothes is that if you keep them long enough they become trendy again. I think she could totally rock this outfit at school.

She was planning on wearing it on Monday but forgot about PE. She ended up wearing more sporty clothes to school, though she'd probably have been fine in this outfit as well.

Growing up in Canada I got a morning recess, recess after lunch, and quality daily physical education (Andrew remarked, "You're practically Finnish!"). I often wore this outfit to school and managed just fine. Of course, no one ever passed any balls to me either because when I was in grade four I looked like I belonged in kindergarten. Rachel's a little more athletic than I was at her age.

I don't have a picture of Miriam from Sunday, but here's one of her from Monday: 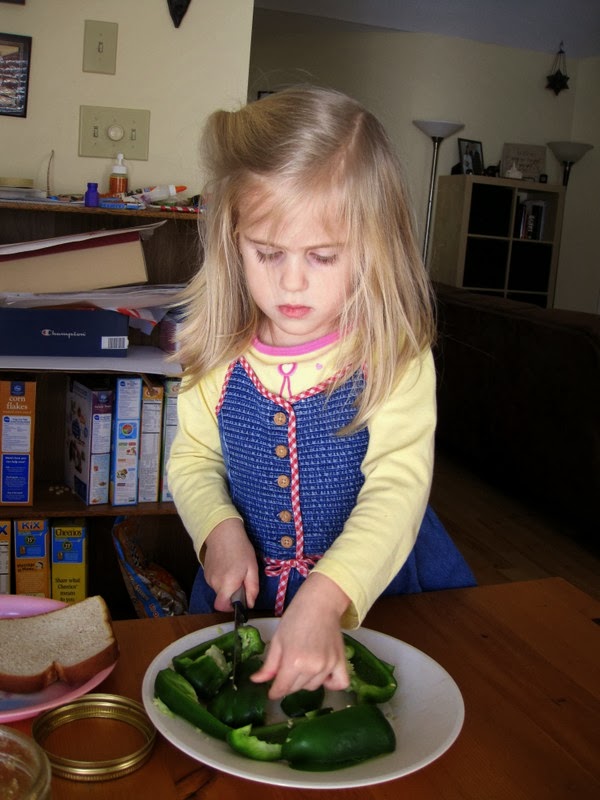 She requested permission to cut up a green pepper with lunch (and she did a fabulous job of it).

After coming home at dinnertime on Sunday and helping to get the kids to bed, Andrew woke up in the morning, got Rachel on the bus, and headed to work/school. The kids were thrilled when he came home—they were hanging off of him! 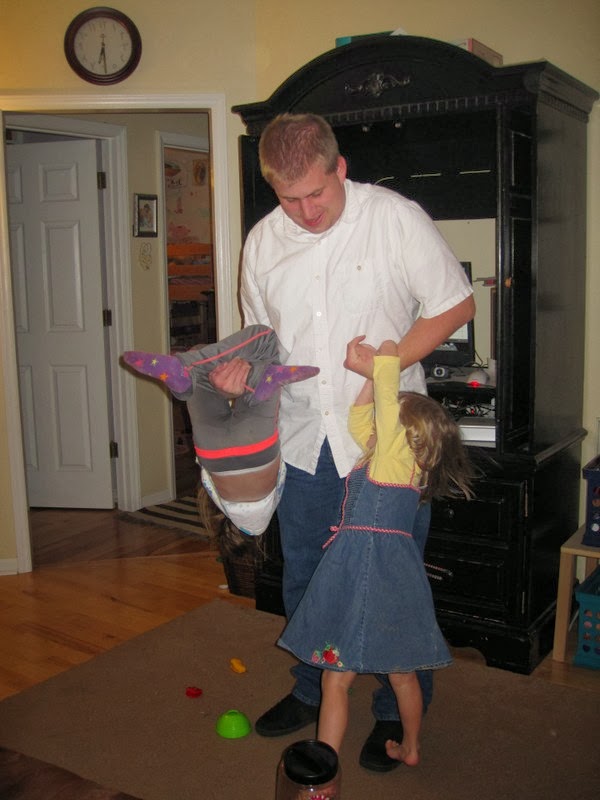 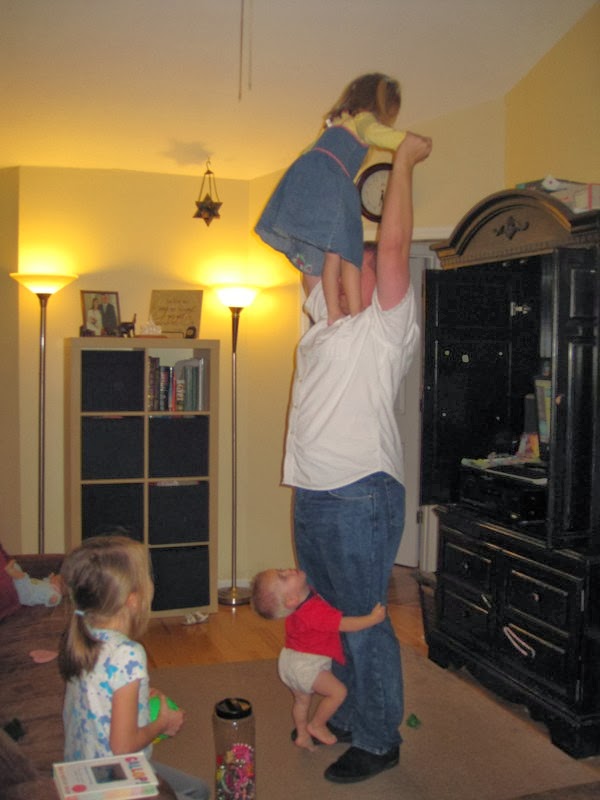 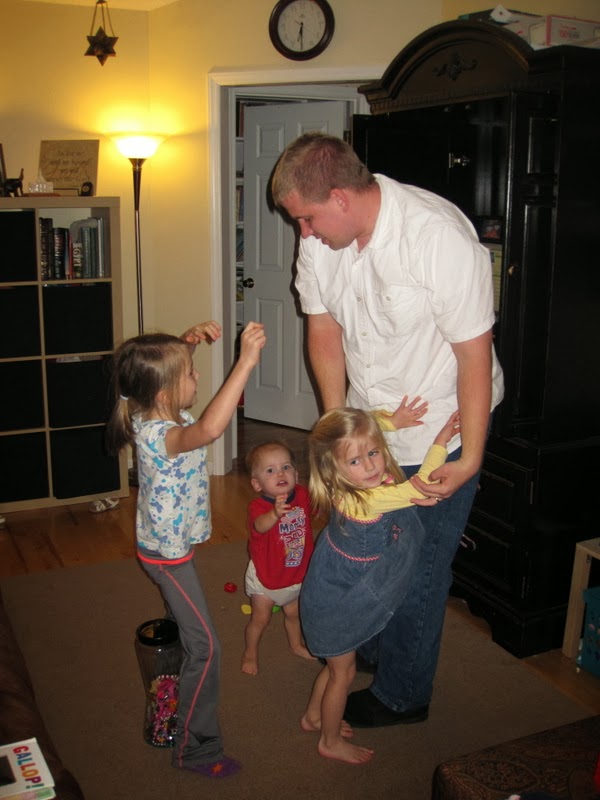 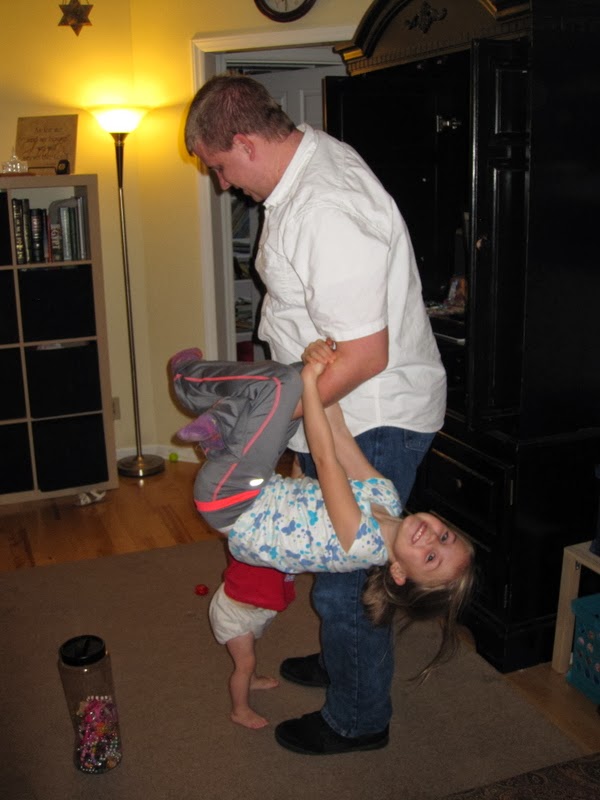 Yes, we're quite happy to have this man back home!
Posted by Nancy at 11:39 PM