A little while ago I found a box of 130 Duplo pieces for sale on Craigslist for $5 (what I was actually searching for was landscape brick because all the logs holding back our gardens have somewhat decomposed and need to be replaced). I didn't find any landscaping brick but I did find some Duplo bricks.

We went ahead and got them because that was a really good deal. So now our Duplo collection is bounteous and our children have been enjoying creating. They've taken more pictures than I have this year so far. They want to take pictures of everything they build. I'm hoping they'll get over that soon.

I found some blueprints (for lack of a better word) of animals online and Rachel had a fun time going through and building them: 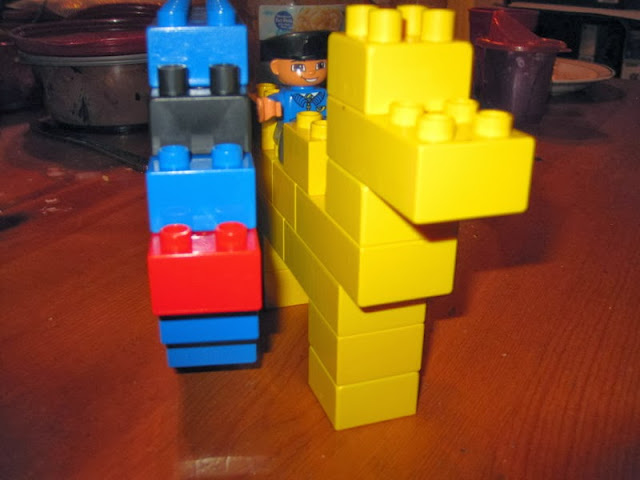 Miriam built the city of Raleigh (complete with the merry-go-round at Pullen Park that we haven't been to but that she's dying to go on): 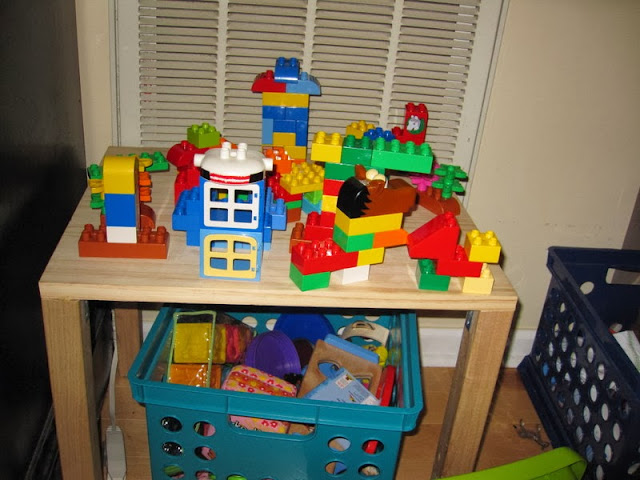 Andrew had to help Rachel with the elephant: 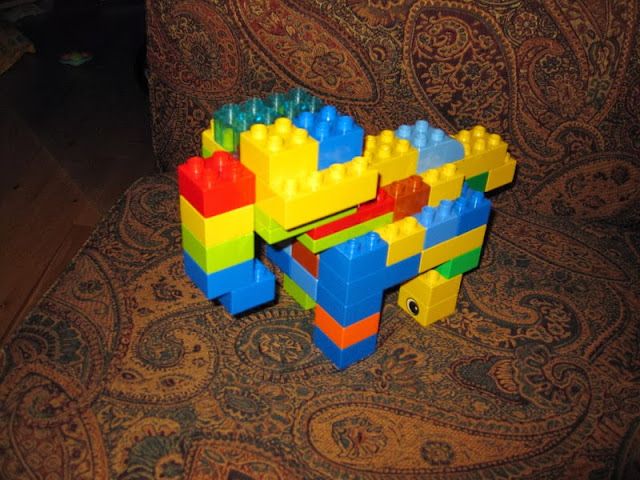 That was the biggest animal she attempted.

I was never terribly involved with lego at my house growing up. When I was little (around Miriam's age) my siblings wouldn't let me play because I'd resort to taking apart the pieces using my teeth (sometimes—not always (it was a last resort)). When I got older I received a few girly sets of lego with pink and purple bricks and things like that, and although these pieces joined the rest of the lego in the big bin we had, my brothers didn't ever really want to share their lego. Eventually I lost interest.

Thus my building skills are subpar, but I did manage to make this heart, which impressed the girls enough to take a picture. 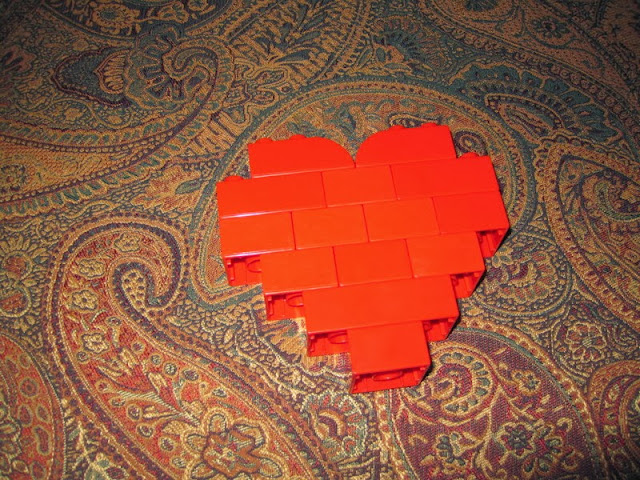 Rachel wants "real" lego but that stuff is so expensive. The duplo blocks we got were a good deal, especially with the ones we found on Craigslist added in (you can't even find secondhand regular-sized lego at a decent price). In the lot we bought we also got some "quatro" lego (which is twice as big as the duplo bricks). At first we were trying to sell off that set but we recently figured out that quatro and duplo bricks are compatible with each other and I figure that if we have the quatro lego be a baby toy (that anyone can play with) and the duplo be a big kid toy (that babies can play with) then the girls will feel like playing with duplo isn't babyish and we can put off finding lego for a while longer.

We'll see how long that works.

Anyway, we've been enjoying our new lego. The girls have spent hours building things and then playing with what they've built. It's been great! Here are some pictures of the kids goofing off during some lego time: 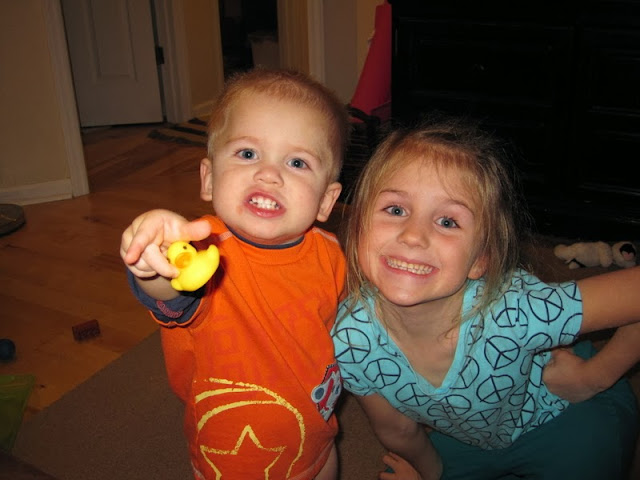 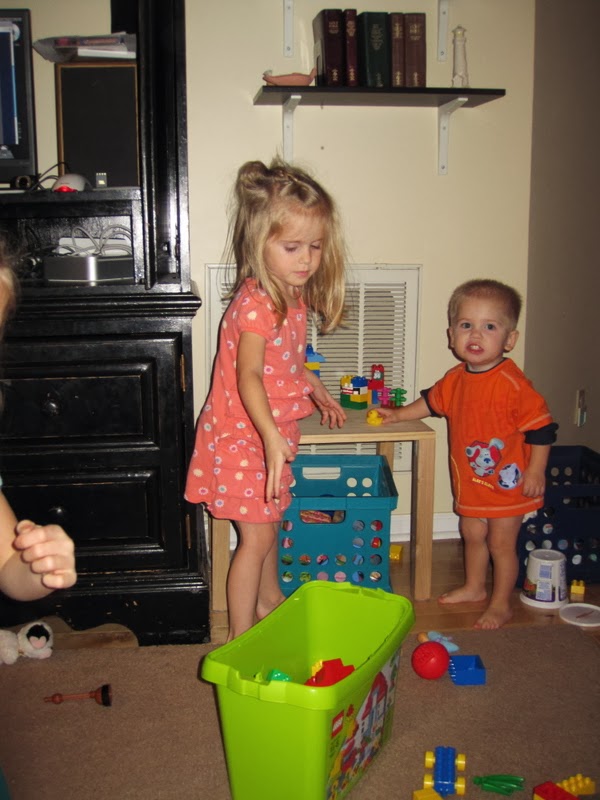 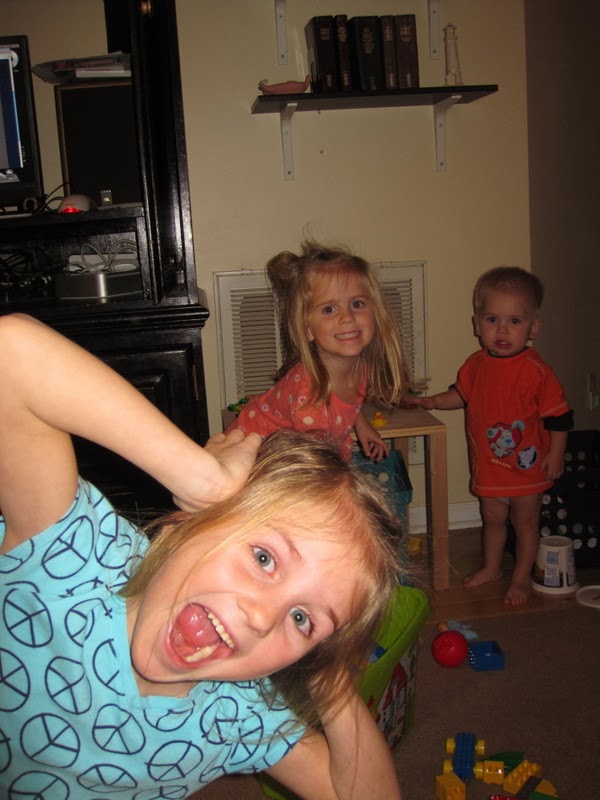 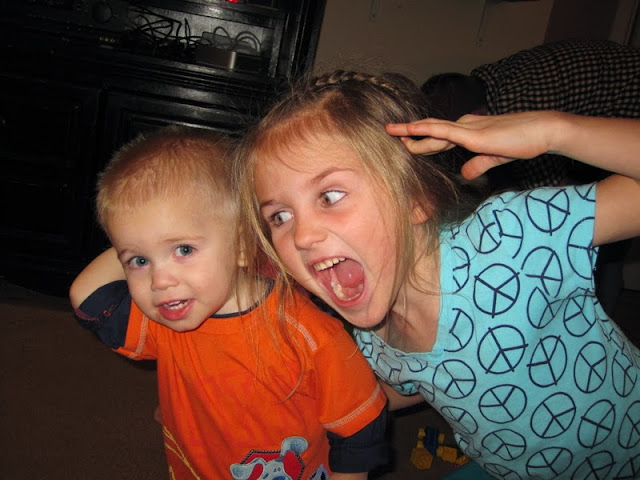 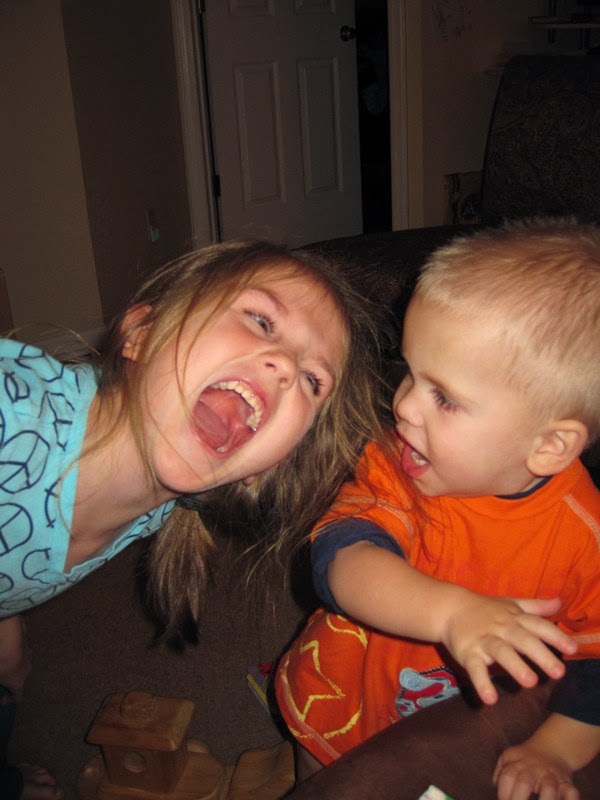 And another day (I'm not sure where Miriam was—no, wait! You can just make her out on the left of this picture (she's sucking her thumb and is probably putting the Frozen soundtrack on to her favourite song (which could be any of them, really))): 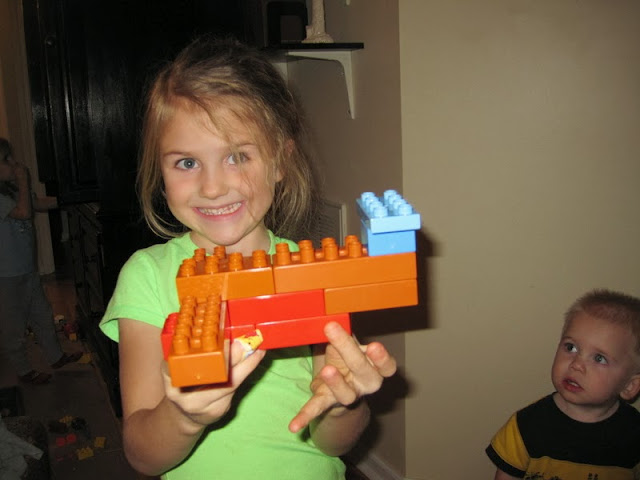 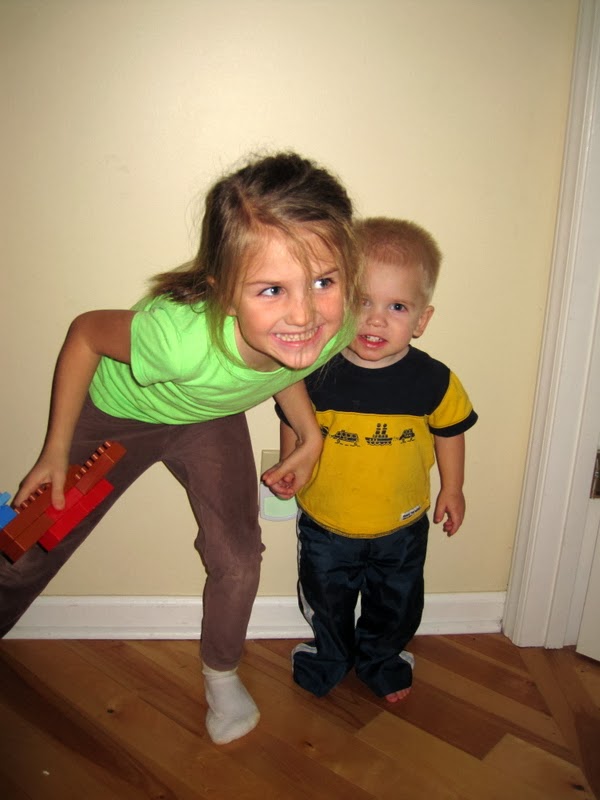 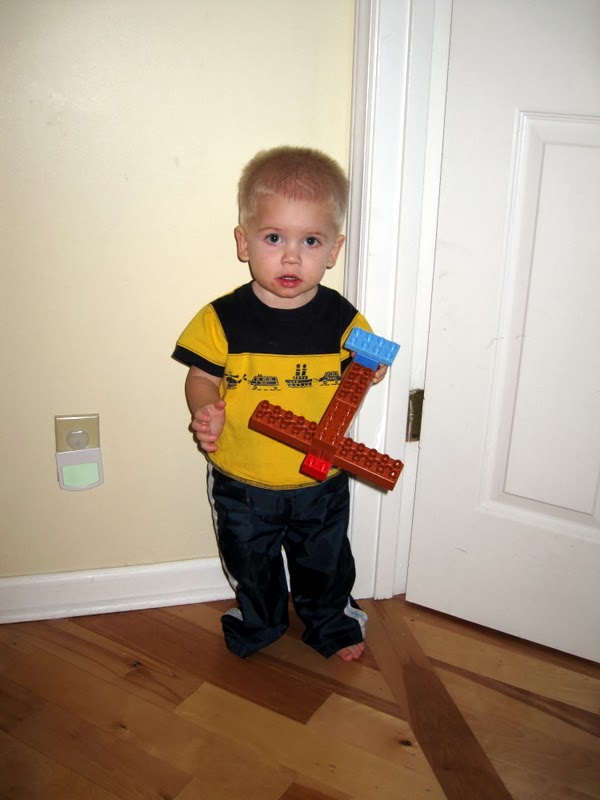