There's never a dull moment over here with Benjamin around.

The other day he walked around with a metal bowl on his head for the longest time. It was quite entertaining. 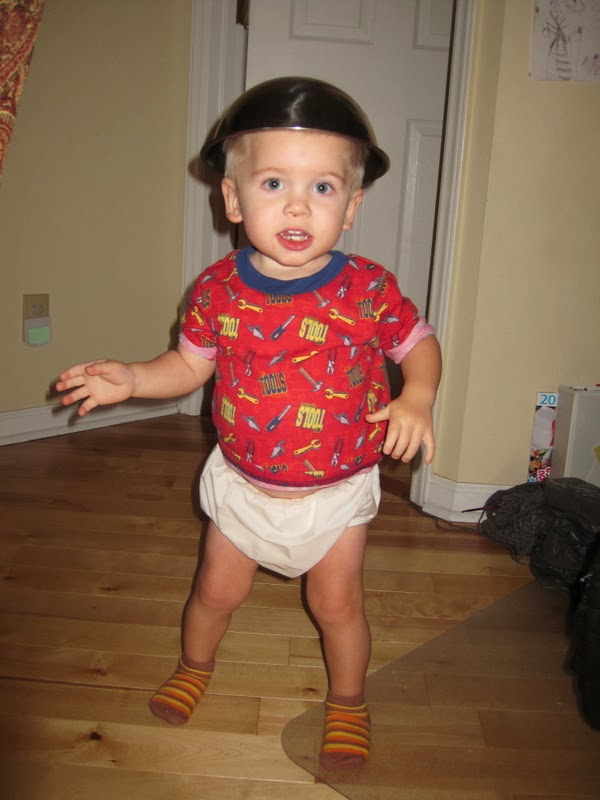 The rest of his outfit is also pretty rad, you have to admit. He gets his fashion sense from me.

On Saturday he got his hand stuck in his shape-sorter. It was a "monkey trap" situation, though a little bit tighter than that since even after I convinced him to let go of the block his hand was wedged pretty tightly in there. He was not happy when I pulled out the camera. 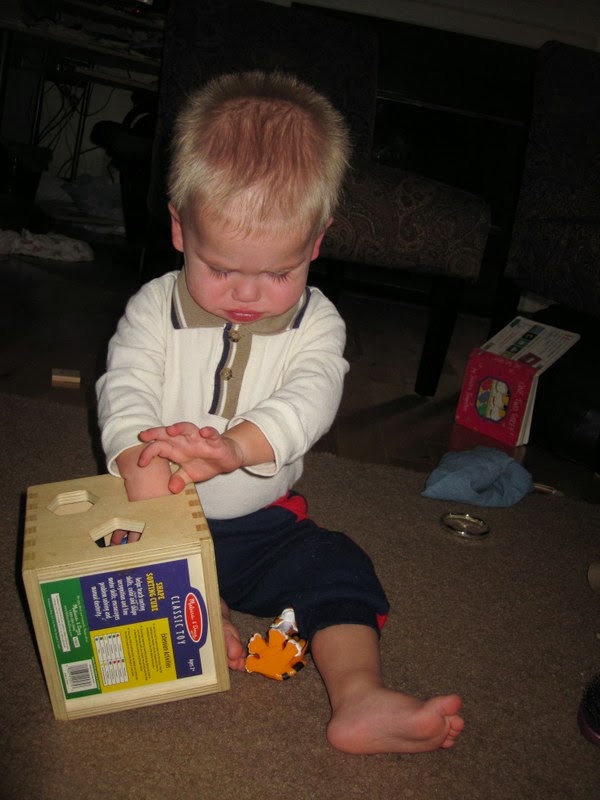 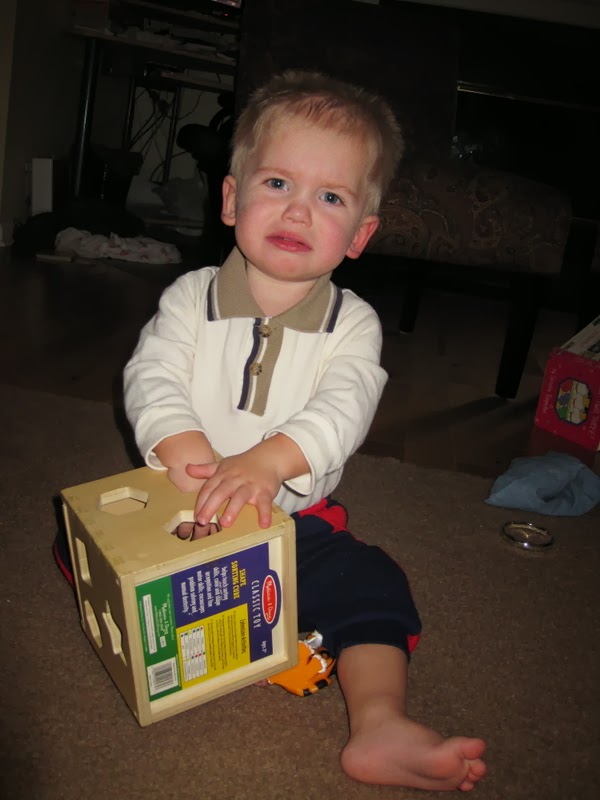 He has recently started to love stories. He enjoyed books before and would tolerate story time, but now he loves literature. He brings me books all day long. When I won't read to him he'll find someone else who will—and he usually can since everyone else in the house can. 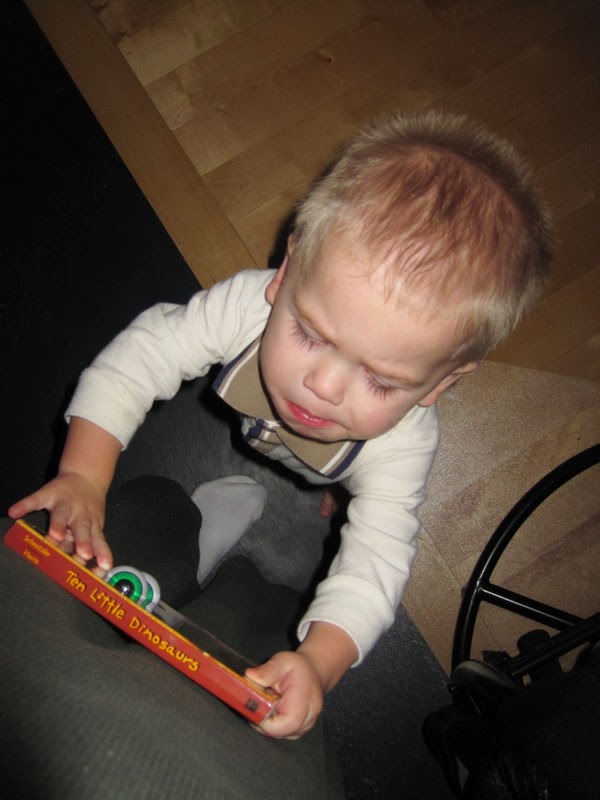 He'll also sit and flip through books on his own. 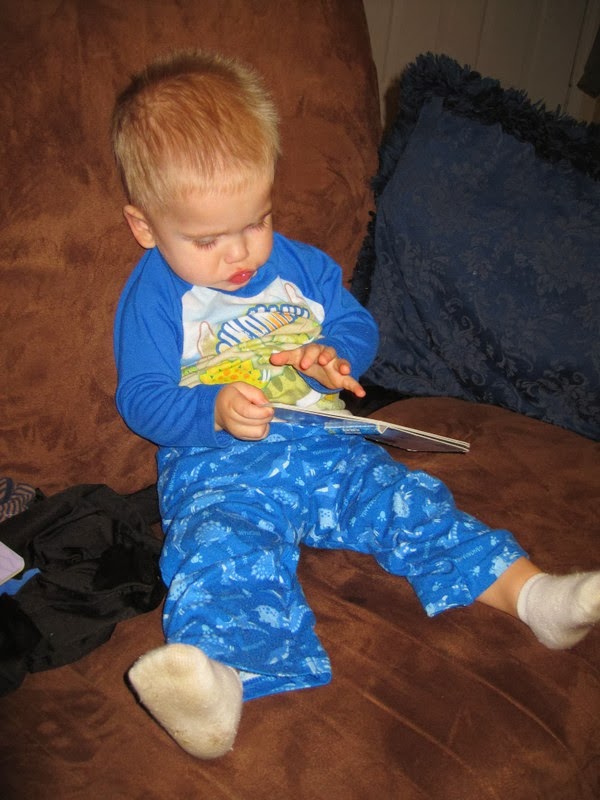 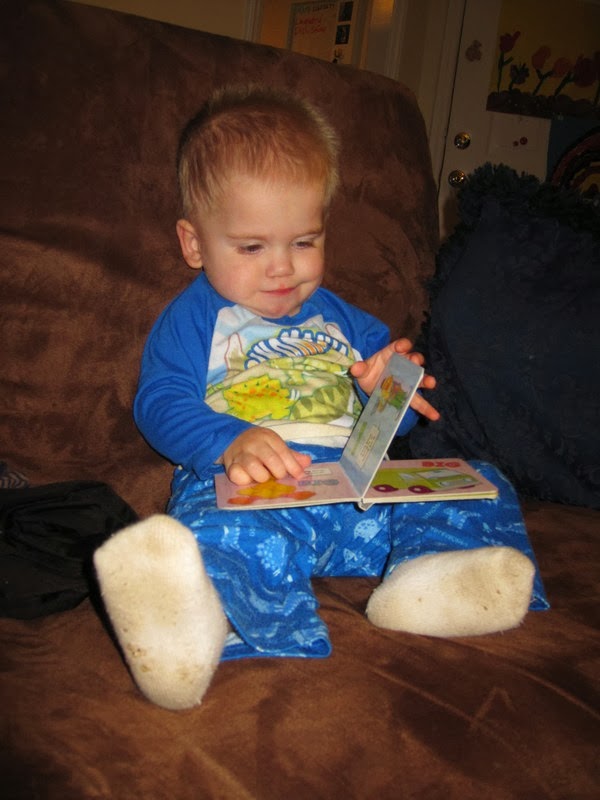 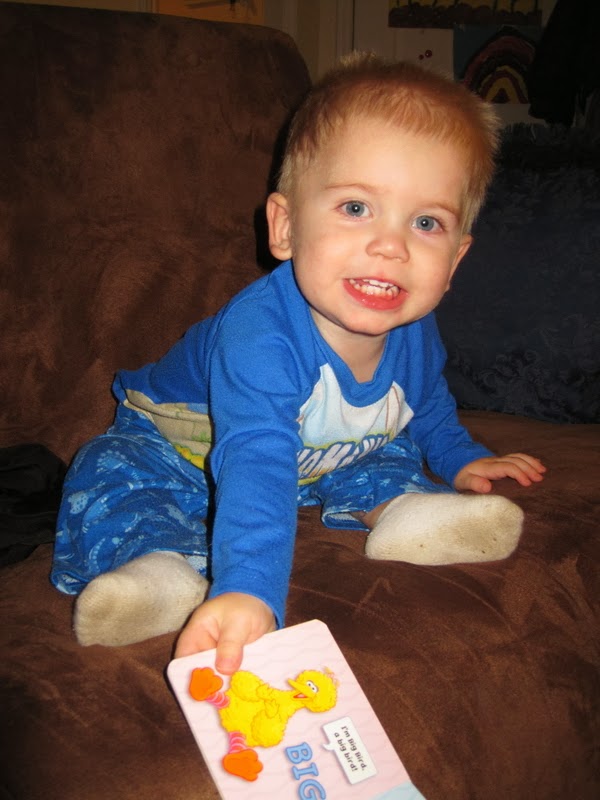 We're still working on expanding this boy's vocabulary, sometimes quite desperately on my part.

He's picking up words here and there—or at least parts of words. He says "buh" for book (and also bird—but he always signs bird when he says bird and is probably shoving a book at you when he says book so we can usually tell those words apart). Buh actually also means bowl. We work with contextual clues a lot.

One of his favourite books is Ten Little Dinosaurs, which is a lovely book except for the whole "mooth" issue (see discussion here). He's recently become a dinosaur fanatic. He calls them "inos." He digs through the toy box to find the dinosaurs our girls have spent most of their lives neglecting. He even picked out his "ino" pyjamas today.

He seems to be increasing his vocabulary rapidly but it's still all code words that only our family can understand. Like, for some odd reason he's taken to calling water "aggggguh." Is somebody teaching him Spanish on the sly?

It's fun to watch him explore his world and to hear him expressing his thoughts. I love this age!