"How do you spell heart?" Miriam called from the kitchen table. "H...what? H-O?"

She raced over to present this card to me: 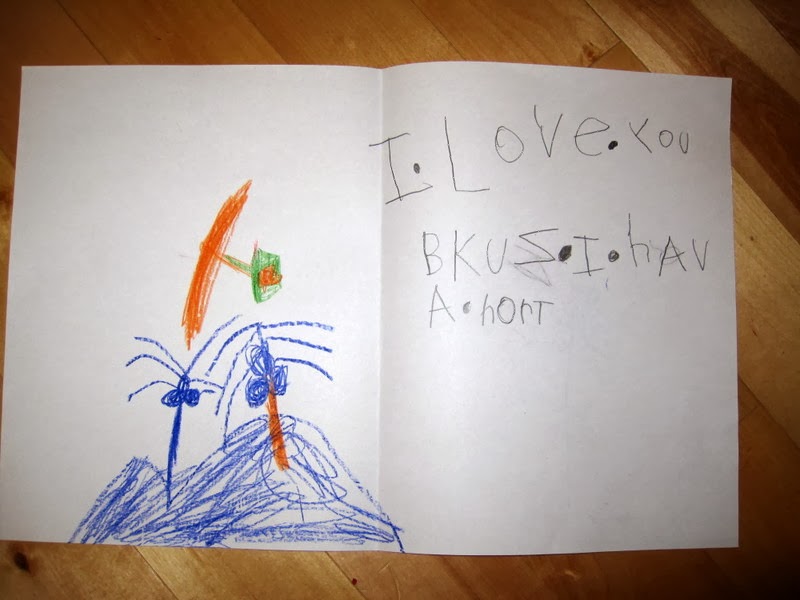 I love you because I have a heart.


That almost sounds like she's taking pity on me but I think she really means it. My friend Shaheen got a love note from her children today as well. They told her that she is "the treasure of their hearts," though they left the R out of hearts so really it says that her kids are the treasure of their heats. And they're much older than Miriam so I'll just be impressed that Miriam got that R in "hort" and tell myself that she meant to tell me that I am the treasure of her heart.

It was the sweetest thing that happened to me all day. She was making the Sister Missionaries a book about Frozen. She listened to the soundtrack and drew a picture for every song (perhaps one day I will take pictures of that but today is not that day) and was writing captions for the pictures. I thought that perhaps that's why she was writing the word heart, but it turns out she was writing that word for me.

She also cleaned the bathroom. It's one of her favourite chores. I can't figure it out because I hate cleaning the bathroom. I had a nightmare about having to clean a dirty bathroom last night (one of many nightmares—sheesh!) and it was so gross I was dry-heaving in my dream. Today I cleaned my bathroom (while Miriam cleaned the other bathroom) and although it was pretty gross it was no where near as bad as the bathroom of my dreams.

I think my dislike of cleaning bathrooms comes from my days of lifeguarding. The closing shift always had to clean the bathrooms and...let's just say that people are gross. Gross, gross, gross.

Anyway, Benjamin was also quite the little helper today. He tried to make lunch for me: 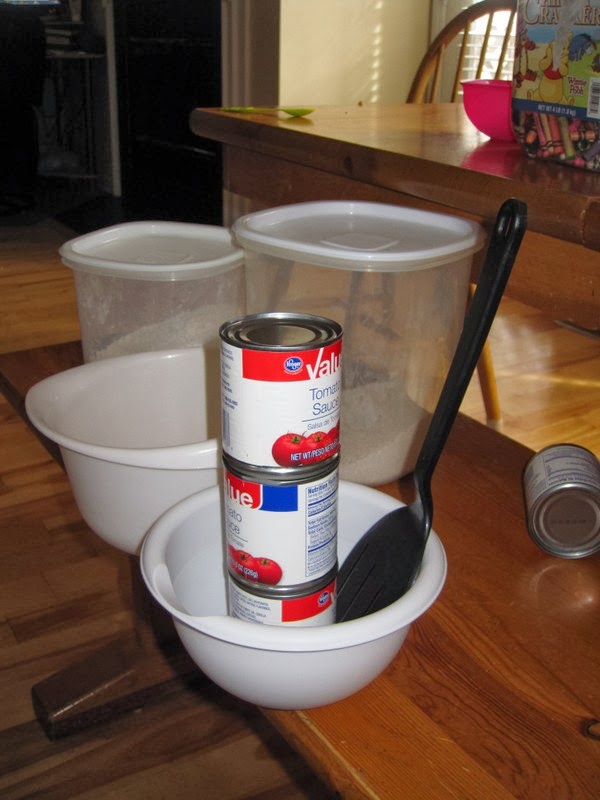 And also tried to do the dishes: 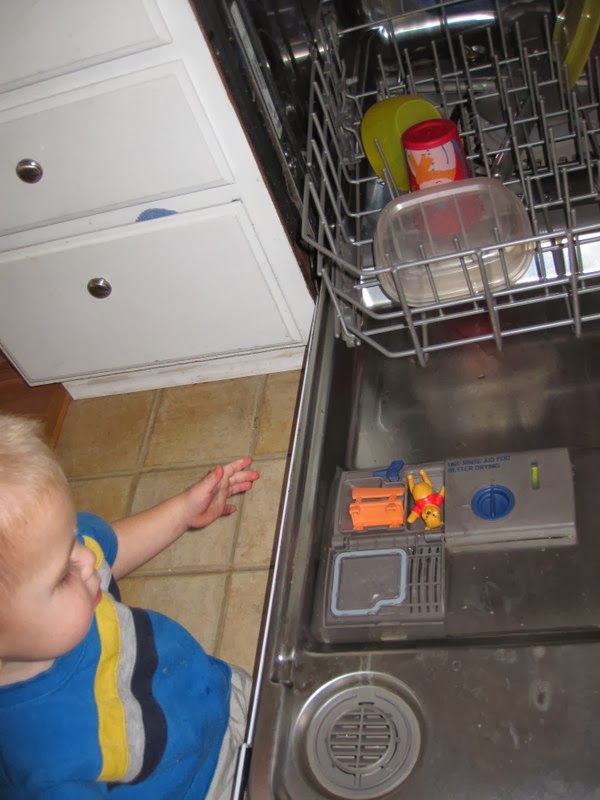