Field Day for grade one

The little ones and I spent the afternoon with Miriam's class for field day. We were glad it wasn't a terribly hot day and although we were sad it was overcast yesterday (we missed Mercury's transit across the sun (though the kids still went out to look at the sun when it finally peeped out between the clouds around 5:00 anyway)) we were happy for the cloud cover today. We got plenty sweaty in the mid-eighties. We didn't need full sun!

Here are the kids enjoying a bit of a limbo (they didn't have to bend backwards): 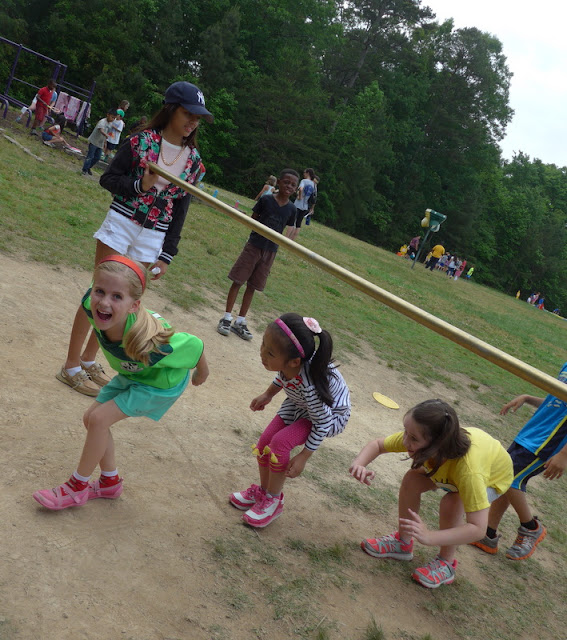 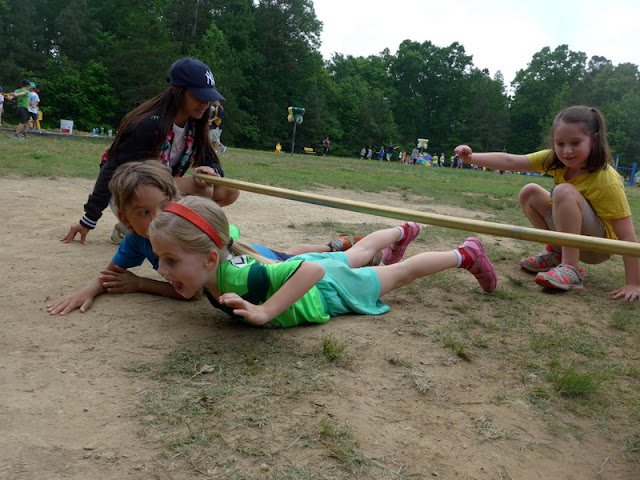 Miriam was quite proud of how dirty she got: 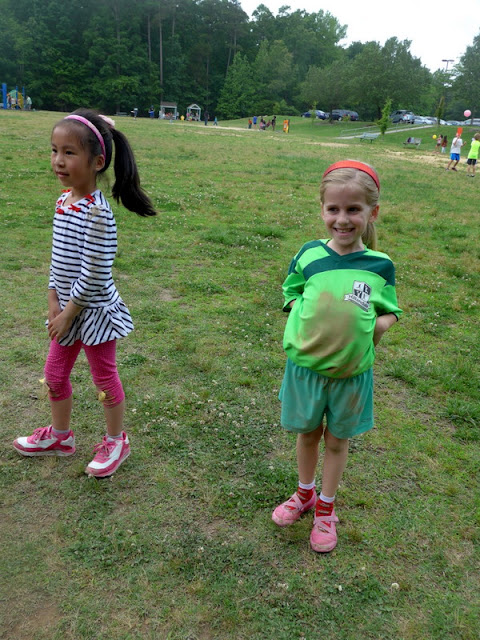 Benjamin chose to play with a stick in the mud, rather than participate during the limbo. He joined in during other activities though. He rather enjoyed making bubbles with everyone. 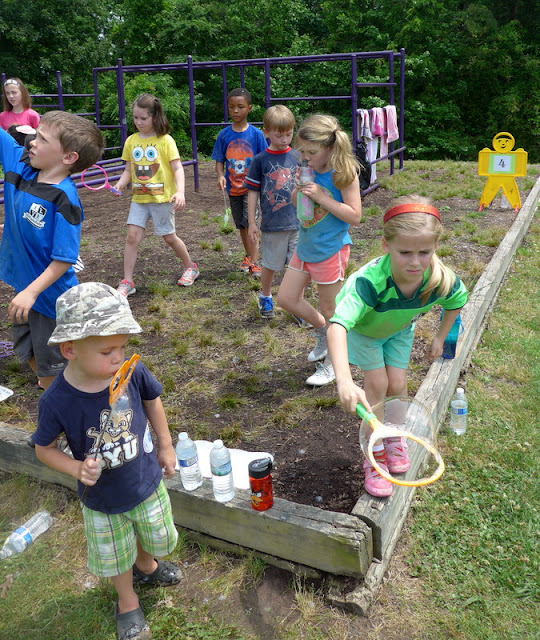 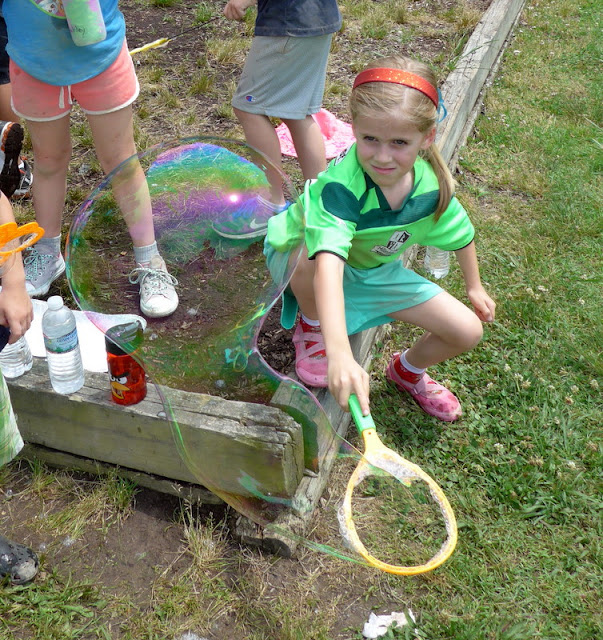 Here's Benjamin with some bubbles that he blew and then caught on his wand: Here's Zoë showing off a stick that she found: 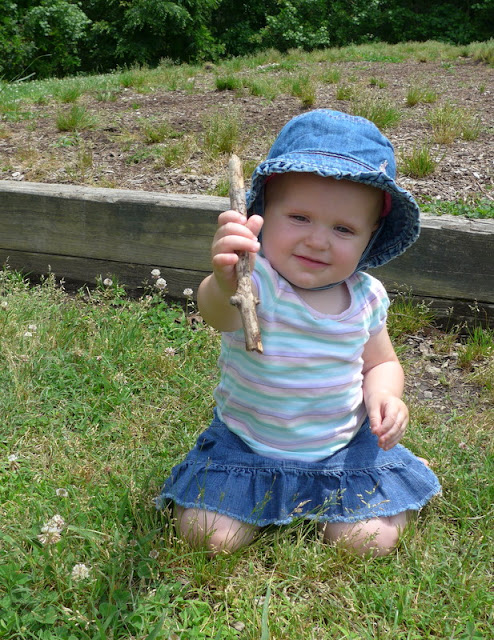 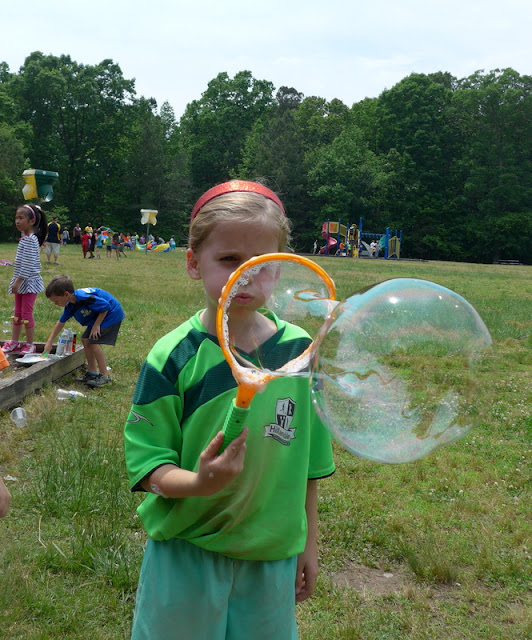 You might be wondering how blowing bubbles qualifies as a field day activity and I'd be prone to wonder along with you, except that I've come to both expect and accept bubbles in the field day rotation. They're fun to make and the kids can either run around like wild trying to pop them all or they can use the station as a rest station, which can sometimes be useful when the heat of the day is getting to you. Now, the drawing station and the memory station? Those I'm having a hard time fitting into my field day construct. Just saying... I mean, I know the kids have to rest up, but we went from limbo to bubbles to water tag to parachute to memory to some robot reboot game to drawing. It's not like the kids were running laps or anything...but I digress.

While I scanned the field for this rainbow thing (finally realizing he was talking about the parachute), I explained that we'd get to go to all the stations but that we couldn't choose which one we'd get to go to first. He sighed his acquiescence.

He was thrilled to bits when we finally made it to the parachute station! 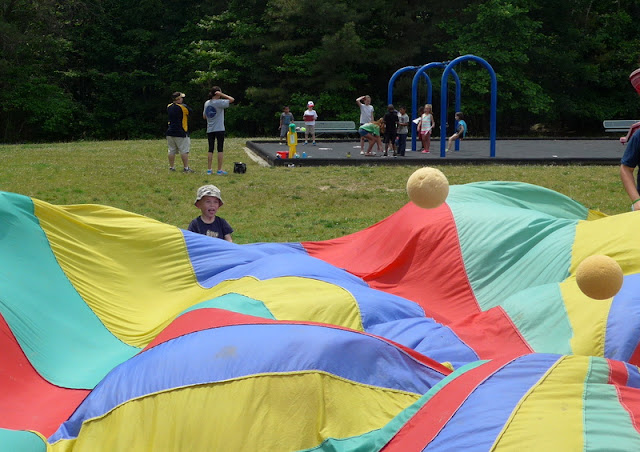 Here's Miriam across the 'chute from Benjamin: 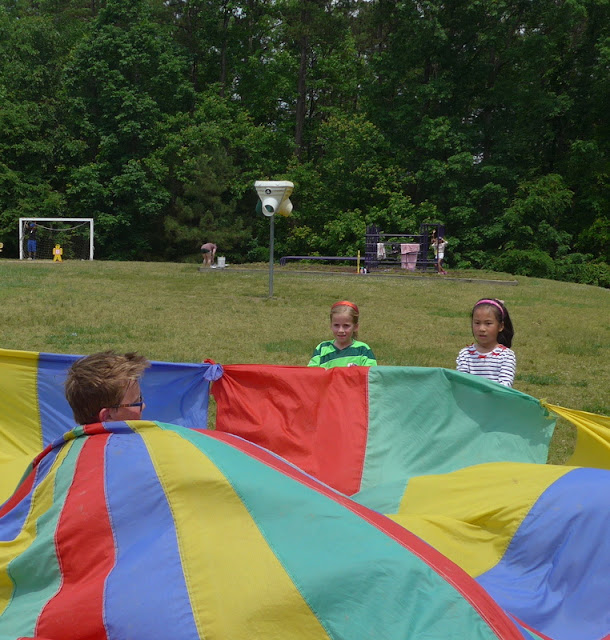 Miriam's got a new girl in her class who doesn't speak any English...yet. She speaks Spanish. There are several Spanish speakers in her class (about 8, I think). Because it was this little girl's very first day at a new school in a new country with a new language and it was going to be kind of a crazy day they put all the Spanish speakers in the same group with another mom who volunteered (who speaks Spanish fluently (it's her first language)). I thought that was a pretty good idea. Miriam's teachers are so good at taking care of these kids and helping them all feel comfortable and accepted.

After school we stayed for a little while to play with the chicks, who have grown exponentially since we visited with them on Friday! They're huge and are sprouting feathers and are hopping all over the place.

Here's Rachel with one of her grand-chicks: 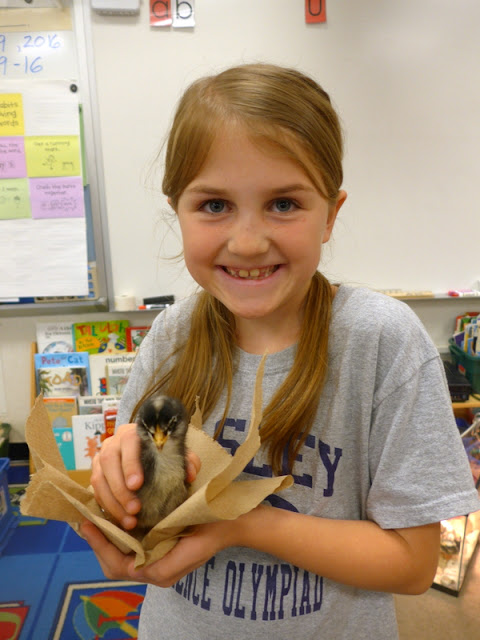 The first one Miriam tried holding was not on board with that idea so she put it back and got a different one: 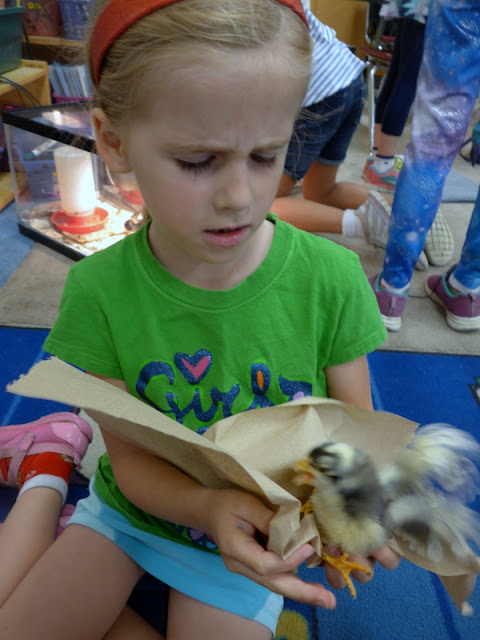 This chick was fine with being held but was feeling a little peckish; it kept trying to nibble her fingers: 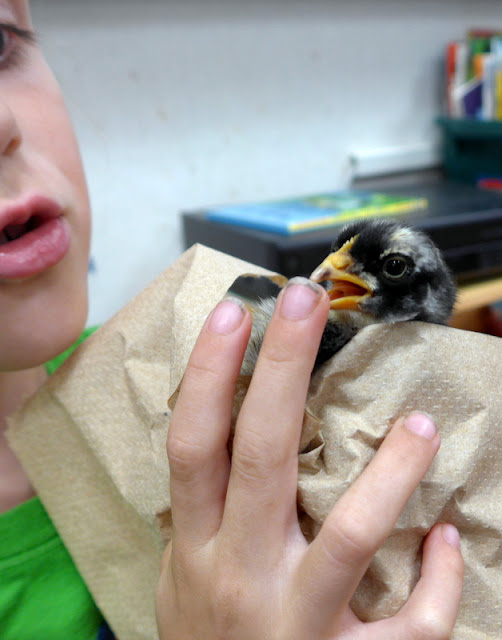 Here's Benjamin with a little chick that Rachel got calmed down for him: 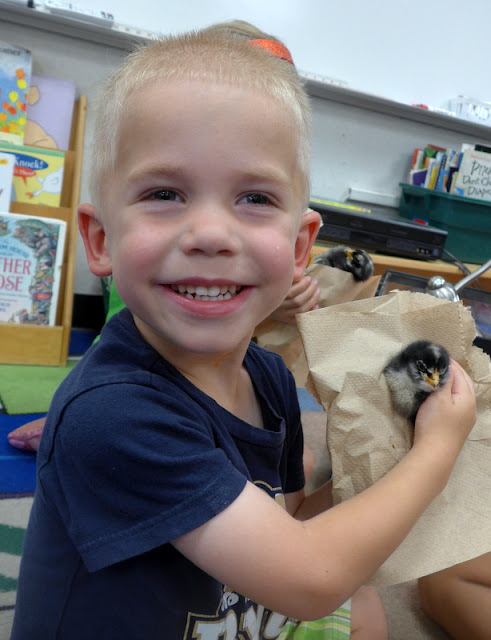 And here's Miriam getting a different chick settled: It was a good but tiring afternoon. I hope Benjamin and Zoë enjoyed themselves because we'll be doing it all over again tomorrow with Rachel's class!
Posted by Nancy at 5:48 PM