Miriam had her last cheer practice on Tuesday. Instead of a regular practice they held a showcase for their families, so the girls dressed in their uniforms and cheered for us while we cheered for them. It was all rather cheerful. 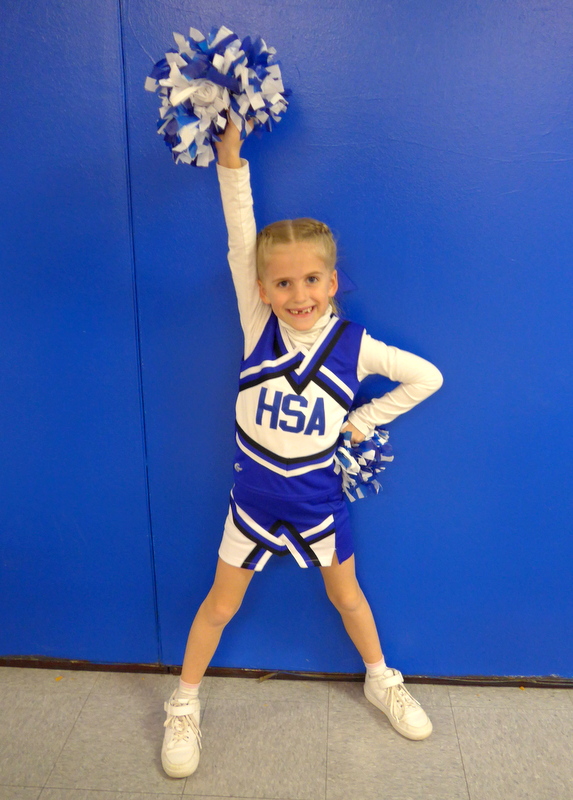 When they were finished there were awards for the cheerleaders and cupcakes for everyone who wanted them (which a few of my non-cheerleader children were quite thrilled about). 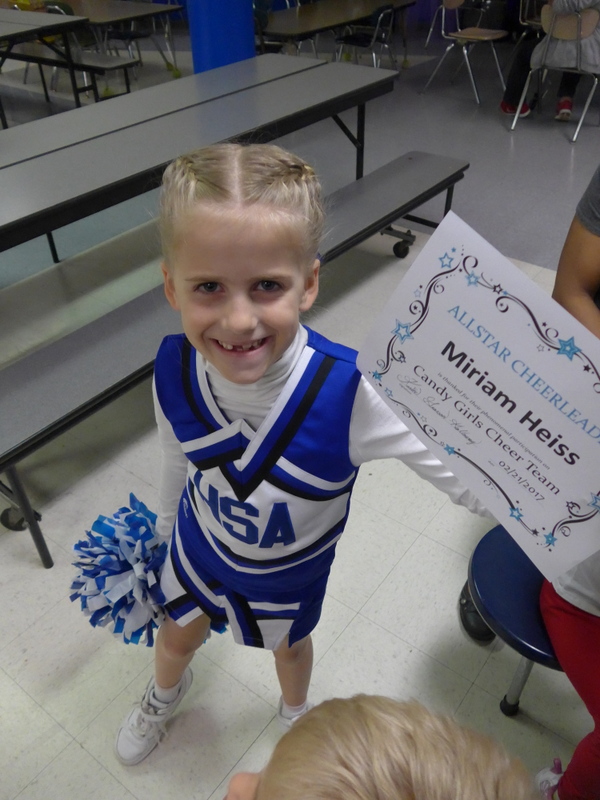 And since we're talking about Miriam, here's a close-up of her face, showing how few teeth she has left. She has lost nine teeth. For perspective, Rachel has only lost eight (and is dying to catch up because how embarrassing to have shed fewer teeth than your younger sister). 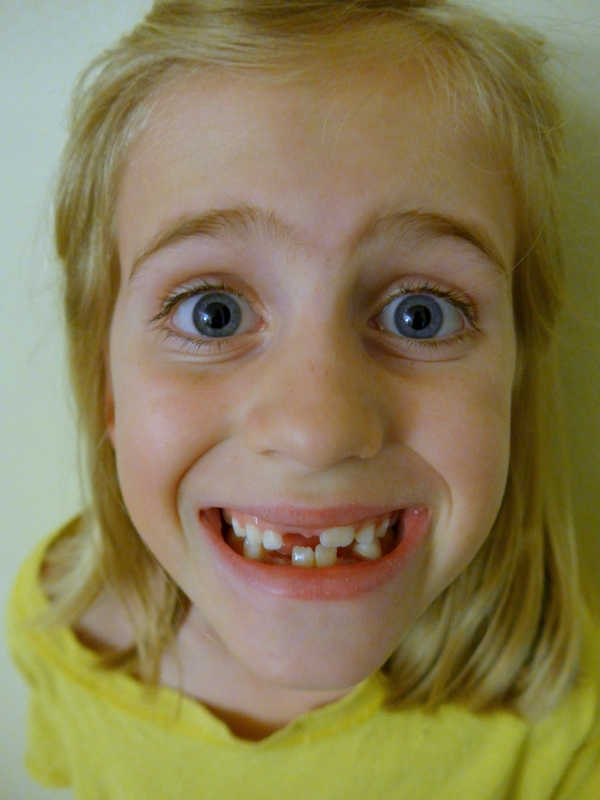 And here's a shot of Miriam's hairdo (she did it herself this morning; she does it herself most mornings but today she branched out and used barrettes instead of her usual headband): 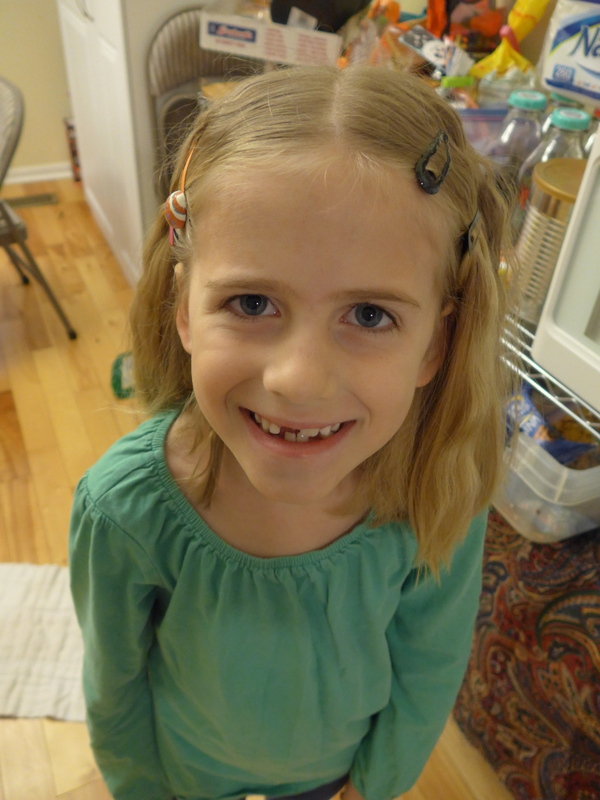