I know I already wrote about Miriam's last cheer practice, but today she cheered at her last game--a double header, at that! The basketball teams played all morning, but we only showed up in the afternoon for the semi-final and final matches.

Not very many girls from Miriam's squad showed up, but what they lacked in number they made up for in spirit. 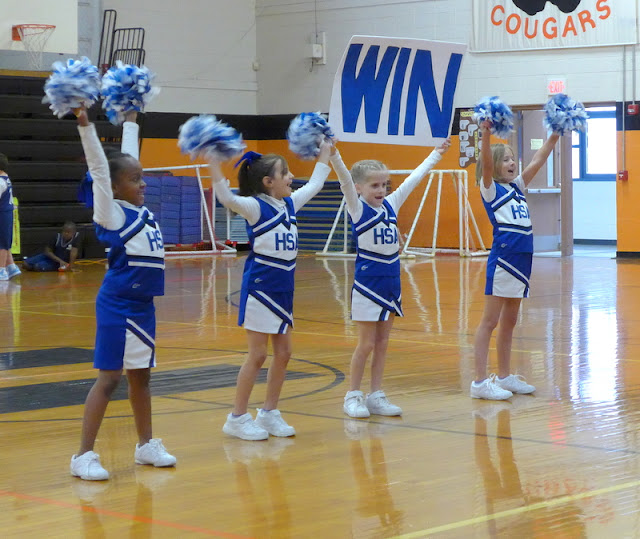 After the first game I had to leave Miriam (in the care of a friend) so I could run Benjamin to a birthday party. Zoë fell asleep on the way back to cheer and, much to my surprise, stayed asleep when I pulled her out of her carseat and—even more surprising—she slept through the whole second game, through whistles and cheering crowds and basket balls pounding the floor. 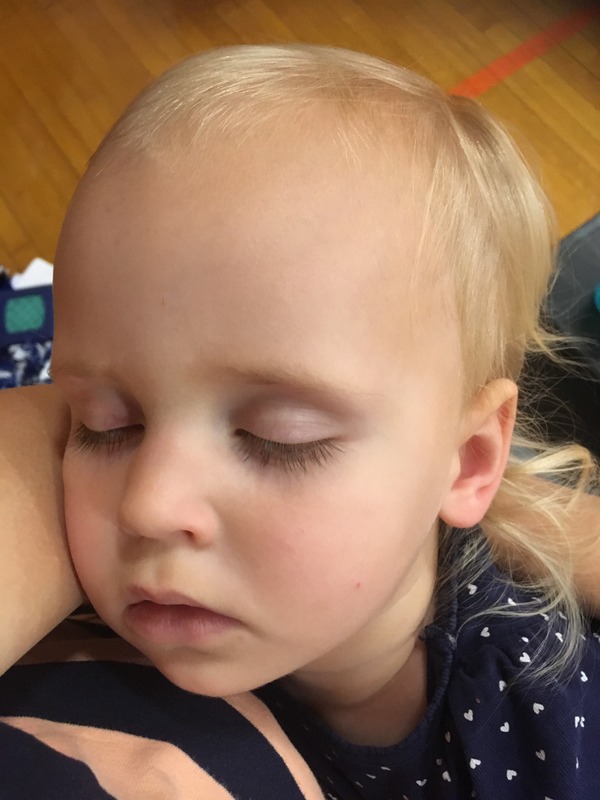 Napping two times in one week?! What's even going on with this child?

Well, probably what's going on is she still isn't sleeping through the night and has started waking up quite a bit earlier than she's used to. Since I've been the one getting up with the girls in the morning this past week, Zoë's been getting up with me. Because as long as momma's right there Zoë can sleep (even if she's in the middle of a noisy basketball game) but the minute momma quietly sneaks out of the nice, cozy bed Zoë is up for the day. Weird kid.

Both squads cheered together for the final game so there were many more voices to rally the crowd. 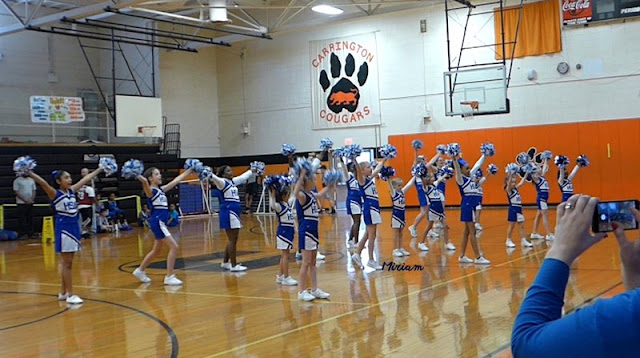 Here's Zoë's face after she woke up (at the very end of the tournament) and we took her oustide: 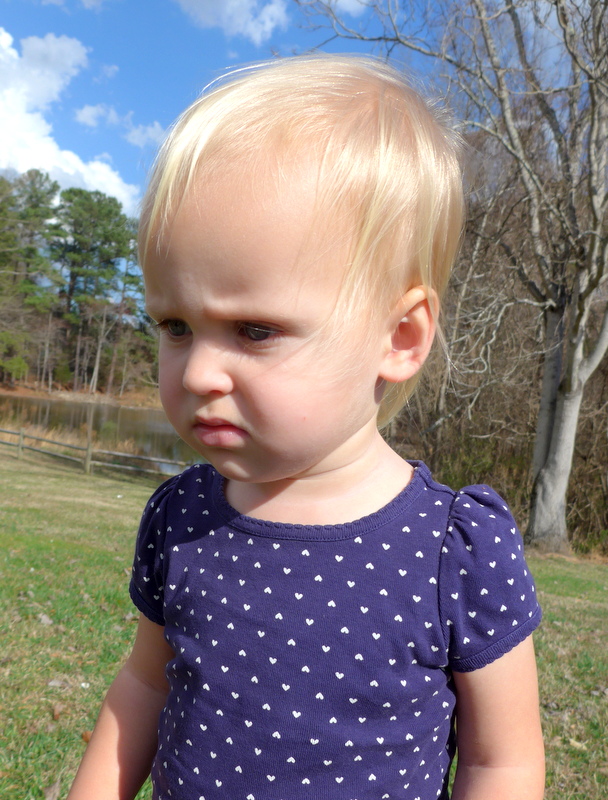 Waking up can be hard to do.

Here's Miriam with her trophy by the pond: 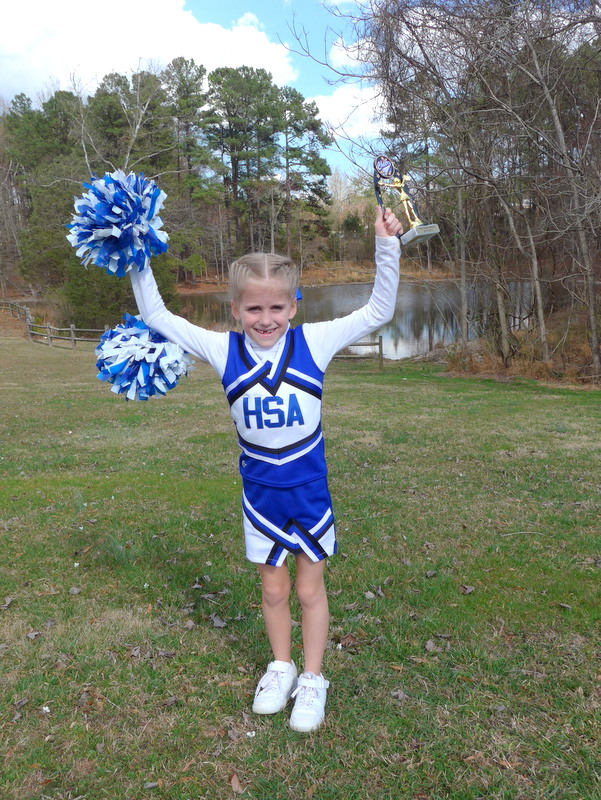 And by a stinky pear tree: 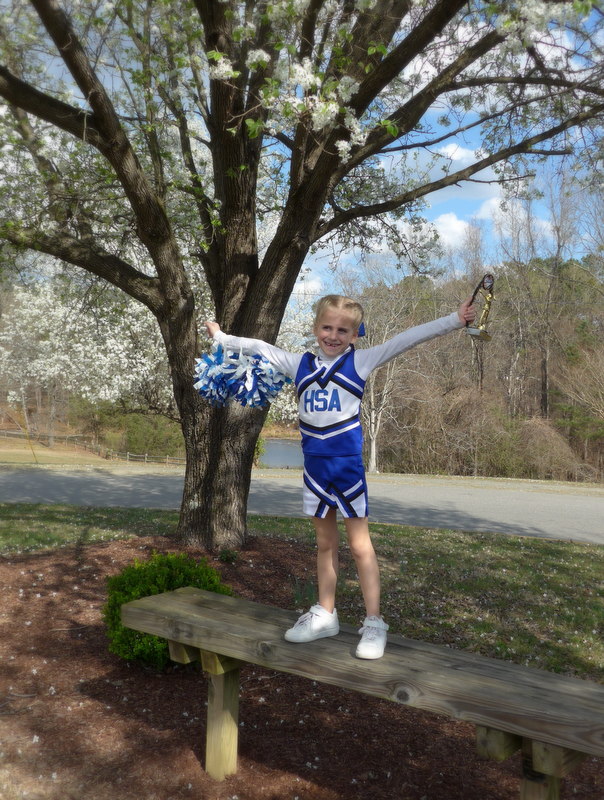 It was a good season, though Miriam is now regretting that she can't also do soccer this spring. She'll just have to practice with Benjamin in the backyard, I guess...
Posted by Nancy at 4:19 PM