Making waves on a Sunday

Benjamin wanted his hair combed "straight up the middle—fwoop" for church on Sunday but then he decided it was too edgy of a look and asked for it to be combed down on the side (but not before we snapped this picture to send to Andrew (who was already at church)): 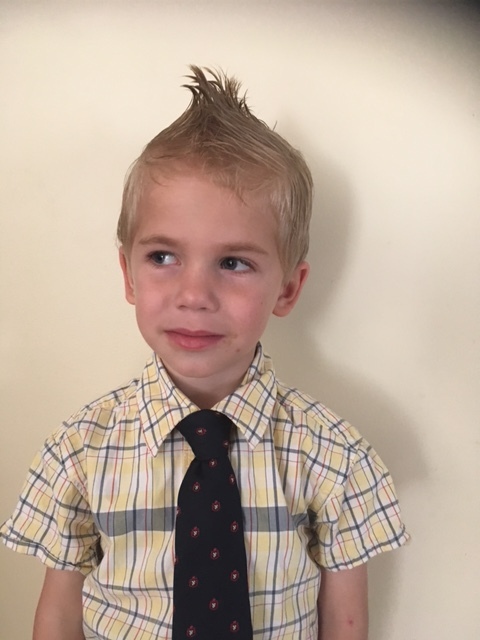 During sacrament meeting Benjamin drew this picture of the Washington DC Temple: 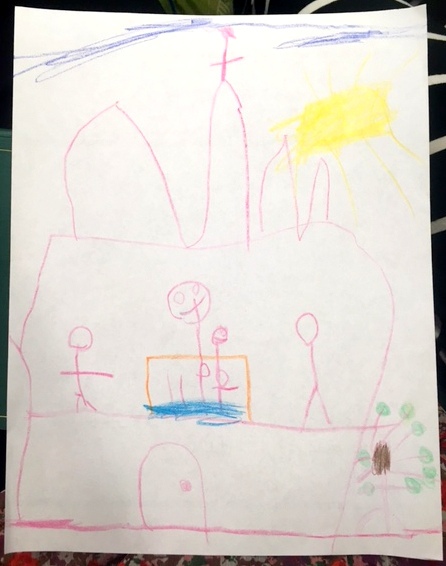 That's the baptismal font you can see in the middle of the temple and people are busy doing proxy baptisms for the dead. The little tree in the corner has a "home for a squirrel" in it. He had to ask to borrow a pencil crayon from Miriam for that part because he couldn't find a brown in his little baggie of crayons.

The girls have been all over the fancy colouring books they've received from various grandparents throughout the year (birthdays and Christmas, mostly)—they sit side-by-side during sacrament meeting and colour together—but they still enjoy free-styling quite a lot. I remember loving colouring books when I was younger but my kids simply haven't taken to them (until these intricate ones) so we got rid of most of ours.

Give one of my children a blank piece of paper, though, and they go to town.

I need to have Miriam finish this picture because I think it's so beautiful. When she started drawing the wave it immediately made me think of The Great Wave off Kanagawa. I think, innately, she had based her drawing on that because the week she drew this one (during sacrament meeting) was the week we watched Kubo and the Two Strings—and that film pays homage to this piece (as well as Japanese wood blocking in general) quite a bit. 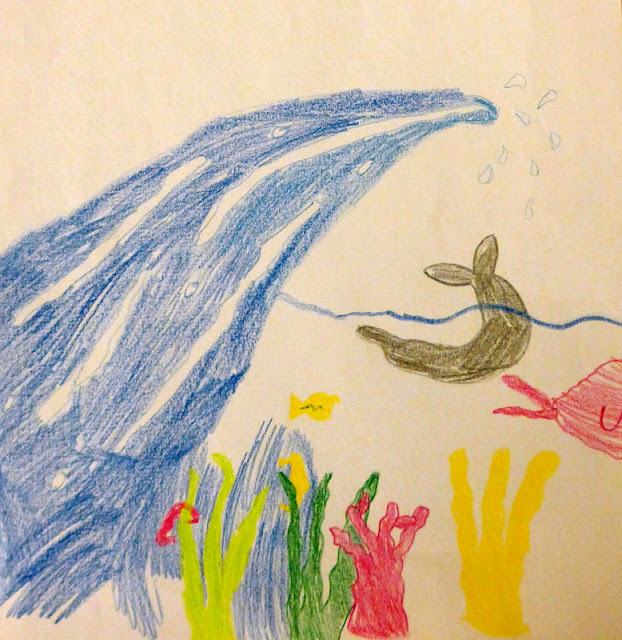