Our plan for this morning was to go to Miriam's cheer event (I don't really know what to call it—it's a basketball game but that's not really what we're there for, so...) and then head to the church for her friend's baptism. It was going to be a tight squeeze fitting both activities in, and I knew that, but the school she was cheering at is close to the church. The game's half-time was at 10:30. I figured we would be out of there by 10:45 (10:50 at the latest), but the church is only a five minute drive from that school and the baptism started at 11:00. We'd be fine.

Today was picture day and we were instructed to show up 15 minutes before game time for a team photo (which our sponsors require for some reason). That means we had to be at the school at 9:45, which is perfectly reasonable. But for whatever reason they didn't ever end up taking our team picture before half time. They had 45 minutes to take it and they just...didn't.

They took pictures of the basketball teams.

They lined our girls up.

They dismissed the girls and started taking individual photos of them.

They lined the girls up.

They decided to just head in to cheer and take the pictures after the game. 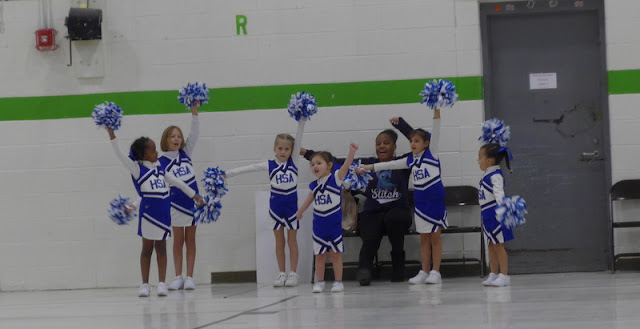 Fine. But by the time we finished cheering the 11:00 teams had arrived to have their pictures taken, and got priority because they had to get out on the court so the games could stay on schedule while we "had nothing else to do."

I was in a bit of a mood by this point.

"Nothing else to do!" I harrumphed. "It's totally fine that we had to be here early to take pictures so that we could decide to take them after. Be ready to go," I warned the kids, "Because the minute they take this picture we are out of here."

I was not happy.

Miriam was like, "Why are you so grumpy, Mom?" 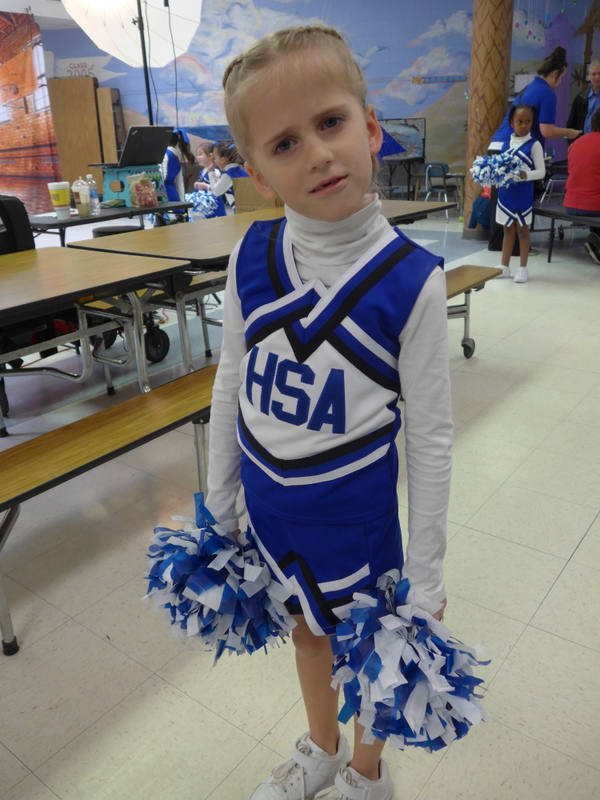 Sorry, kid. Maybe it's because dragging four kids out of the house to wait around for an hour an a half to snap a silly picture that I had no intention of purchasing wasn't my idea of a fun morning. Plus the kids have seemed super whiny the past few days (probably because I alone have been fielding their every question, desire, and complaint) and the school blocked off all access to their restrooms and drinking fountains, which I kind of get, but also...not great for an outing with whiny, thirsty children.

So as you can probably sense, I wasn't in the best of moods. But we got the [stupid] picture, which is kind of cute, I guess. 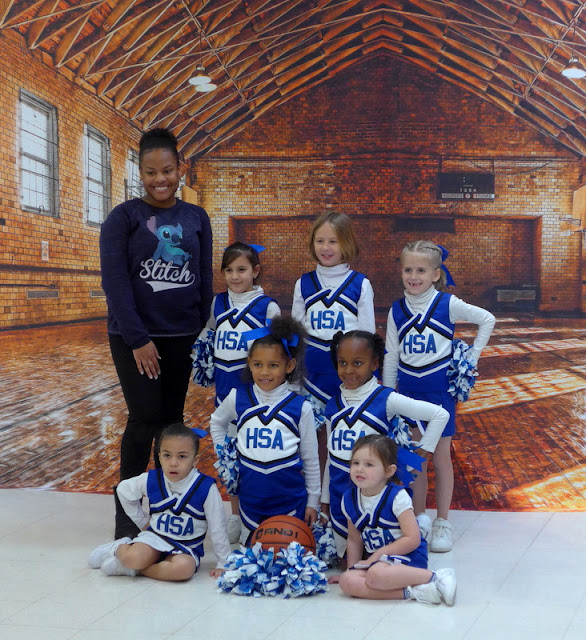 Andrew suggested that I just leave (but I didn't get his suggestion until later because this particular elementary school, much like our own elementary school is a cinderblock cellular phone blackhole; I get no reception inside) and I tried and watched another family try, but the coach was like, "No, no! We need our team picture! For the sponsors!"

And when we fled the building and scrambled into our escape vehicle, Benjamin made a critical error and felt the full unleashing of my wrath. Instead of sitting down and buckling up he decided to play around.

"Get. Buckled," I growled. "I am so sick of people wasting my time this morning. You sit down and you put your seatbelt on now. Every time we get in the car, that is what you do. That's the rule."

Sometimes I'm a mean mom. But also, I was clearly already running low on patience so, like, don't poke the bear, bud. Of all the times to choose to goof off, when momma's a donkey on the edge shouldn't be one of them.

So, we missed the first half of the baptism, but got there in time for the confirmation and cookies (you can decide which of the two is the most important part).

And the rest of the day was much better.
Posted by Nancy at 10:40 PM