From the moment my little ones get up in the morning to the moment they go to bed at night (and several moments in between (for example last night Zoë woke me up three times and Benjamin woke me up once)) these two are basically non-stop.

I take naps when I can get them, but Benjamin hasn't napped in years and Zoë only naps under duress. Today, however, she fell asleep in the swing outside! 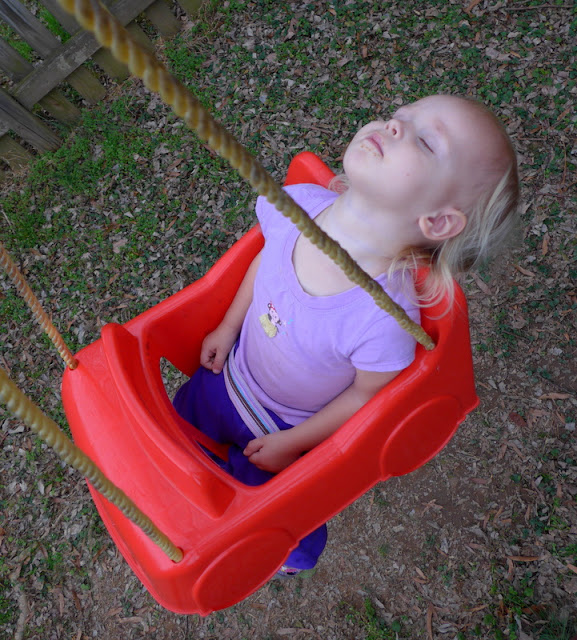 I had taken Benjamin and Zoë to the playground earlier in the day so when the girls came home from school I sent them outside with Benjamin and Zoë (to help wear them out) while I did some things inside the house, and then the girls came inside to tell me that Zoë had passed out in the swing. Her nap didn't last long (it was probably too uncomfortable for that), but the mere fact that she fell asleep in the middle of the day (without nursing) is quite amazing.

Here are some random pictures of Benjamin and Zoë because I don't know where else to put them and they don't really have stories to go along with them. They're just pictures of the kids being kids...

While we were watching a movie last weekend, Zoë was playing with LEGO. She stuck a tall, thin rectangle onto a square and proudly declared, "Chair!" 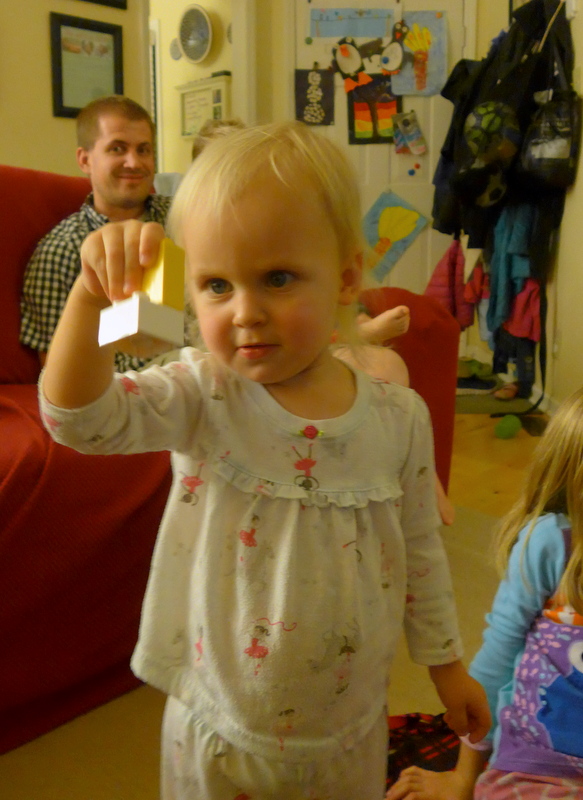 It's the first thing she's made that she both modelled and named after the real-life object. Later she modified her design so that she actually had room to sit a little LEGO person on it. Clever baby. 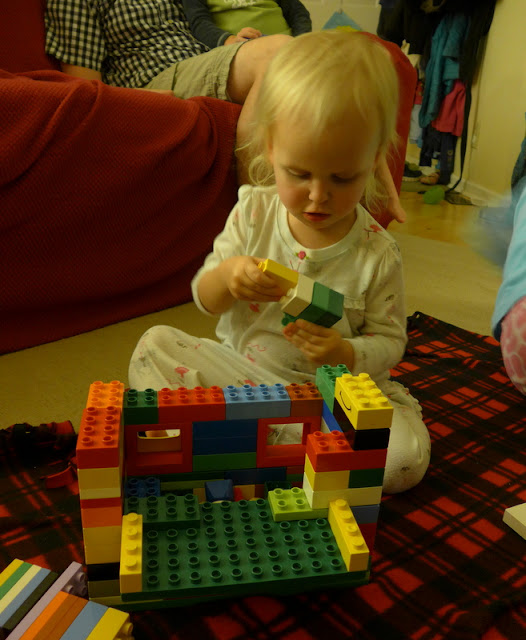 Here's a drawing that Benjamin made on the street today: 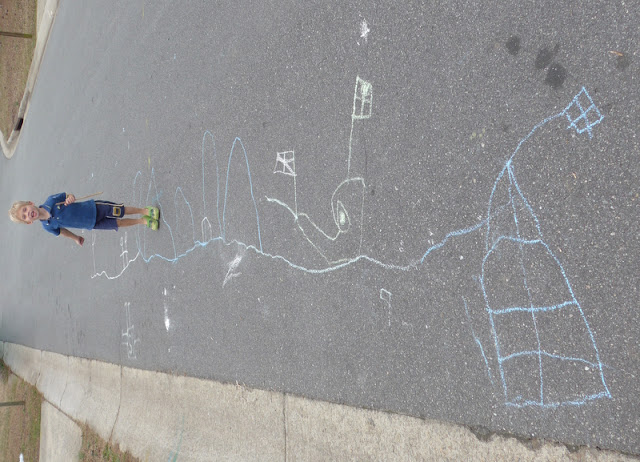 At the far left is a beach (with an umbrella and two people on it), Benjamin is running through the waves, then there's a pirate ship, and at the far right is a fort. He was so proud of this drawing that when it started raining later this afternoon (washing away his picture) he cried and cried and cried.
Posted by Nancy at 11:07 PM