It's possible the Easter Bunny went a little overboard this year. In the Easter Bunny's defence, their baskets were mostly filled with things we would have purchased for the kids (and, in actuality, did purchase for them) between Christmas and now, anyway. We just decided to hold off on giving them any of it until today... 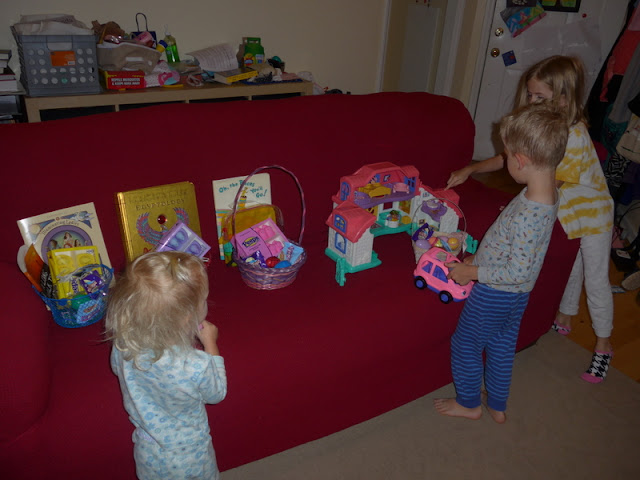 This dollhouse was posted in a local parent group for super cheap and I couldn't pass it up. It came with a baby in a stroller, so I knew it would be a big hit with Zoë, who honestly doesn't seem to even notice the dollhouse in light of the candy we put out for her. 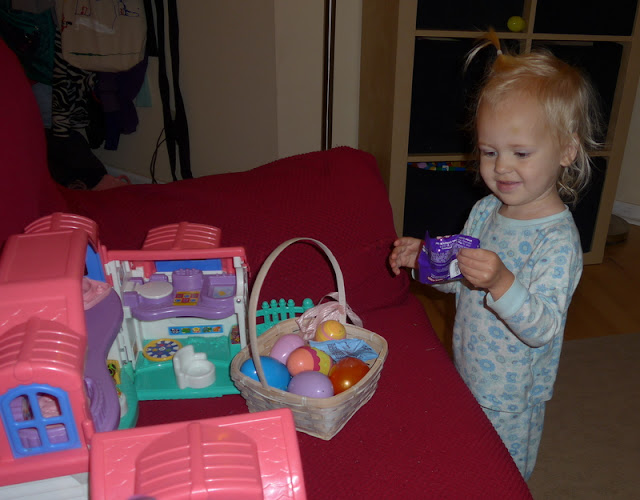 Most of her eggs were full of "little people" instead of candy. Here she is opening one of the eggs and whispering, "A baby!" 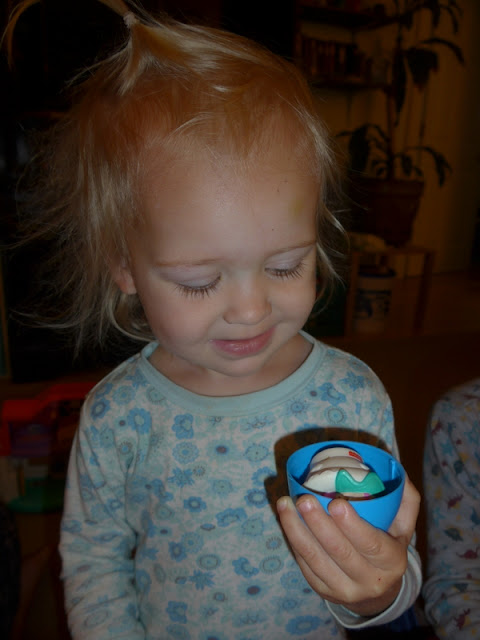 The girls each got a book from their book fair wish list. Miriam's was over $20 at the book fair, but the Easter Bunny is no dummy and decided to check AbeBook where the same book was for sale for $3. 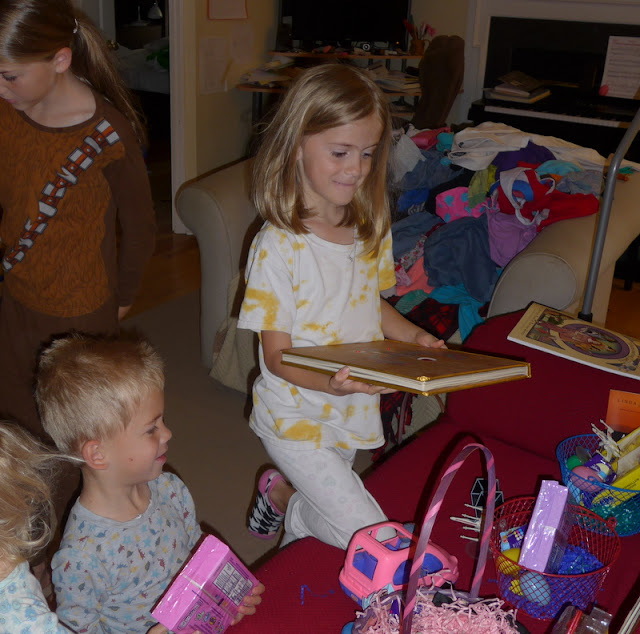 We've been running so low on play-doh for so long it isn't even funny. The kids all got one of those tiny tubs while trick-or-treating and Benjamin has been doing his best to be satisfied with that (but he so obviously was aching for more dough). When he got to this he held it up in the air and exclaimed, "PLAY-DOH?! FINALLY!" 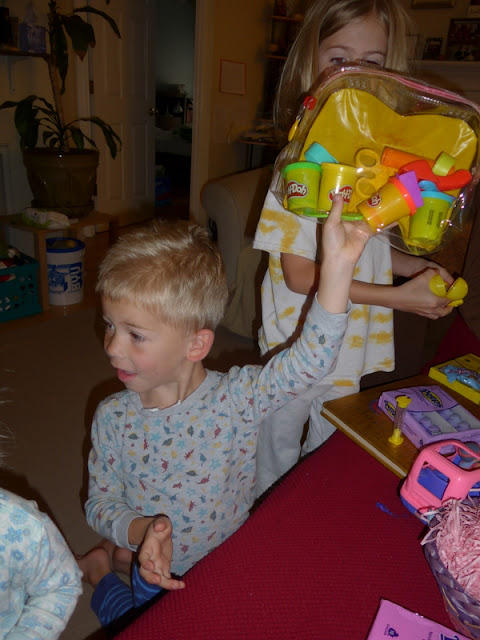 It was a pretty good year for the kids. 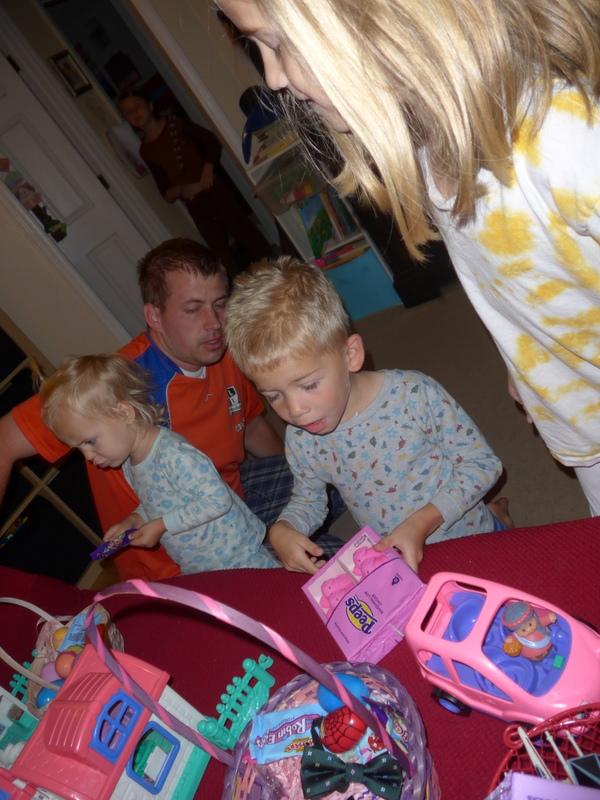 Here's Rachel laughing because she'd just pulled an egg out of the doorway (right under the clock) and spotted another egg that silly rabbit hid... 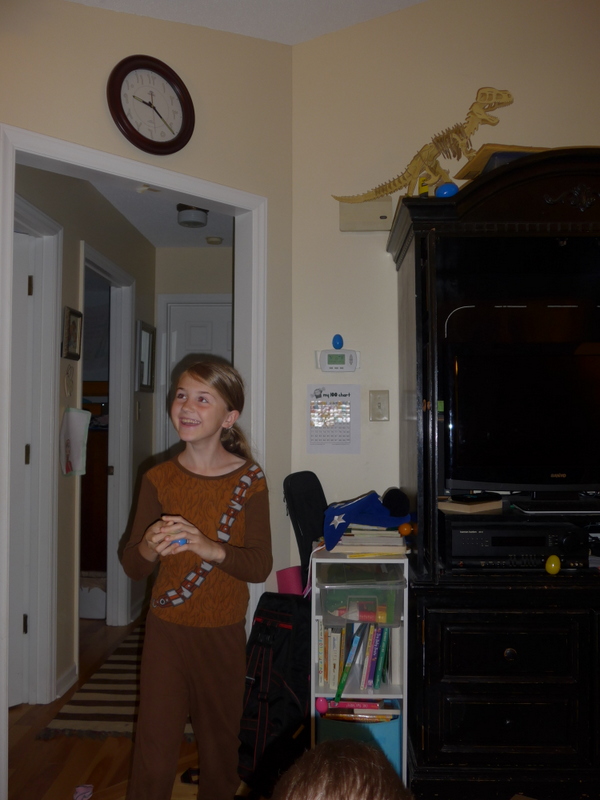 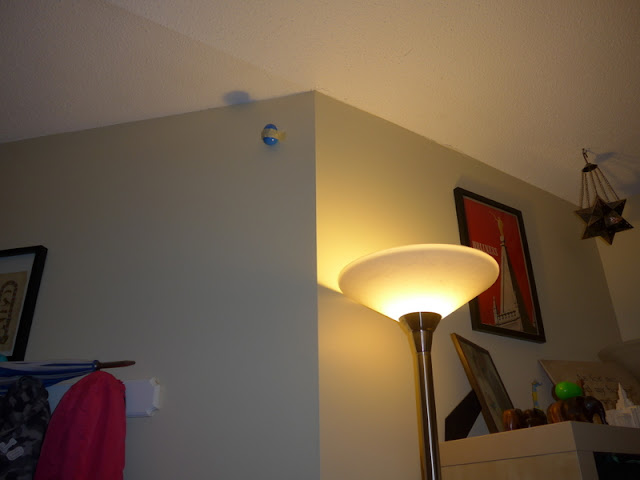 Here's Miriam fetching one of her eggs out of the chandelier: 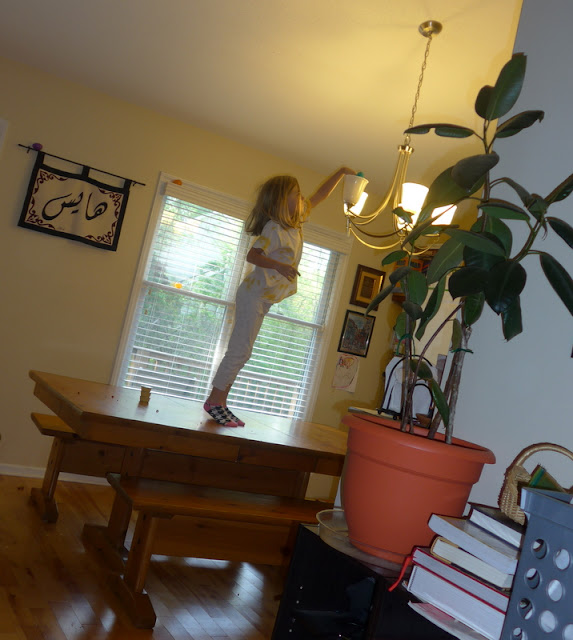 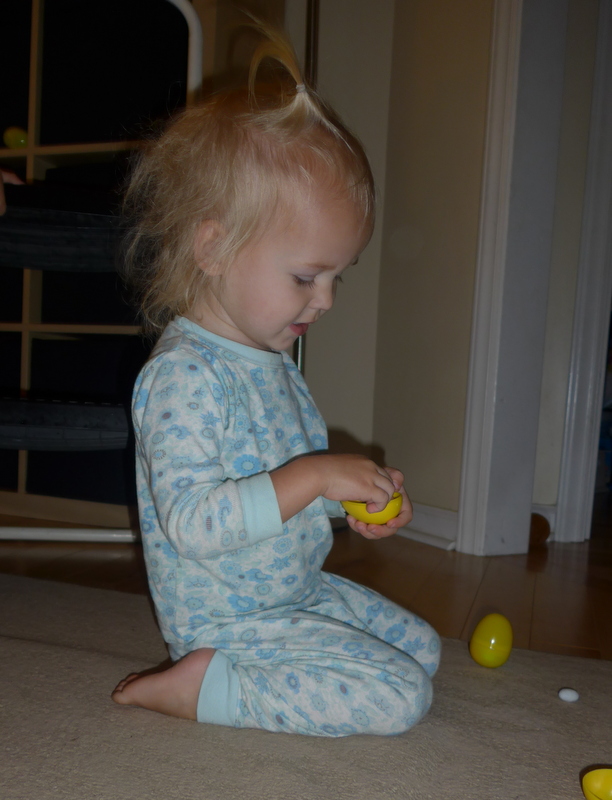 Benjamin surprised us all by bringing out the footstool and grabbing an egg that had been balanced on one of the picture frames, well out of his reach. 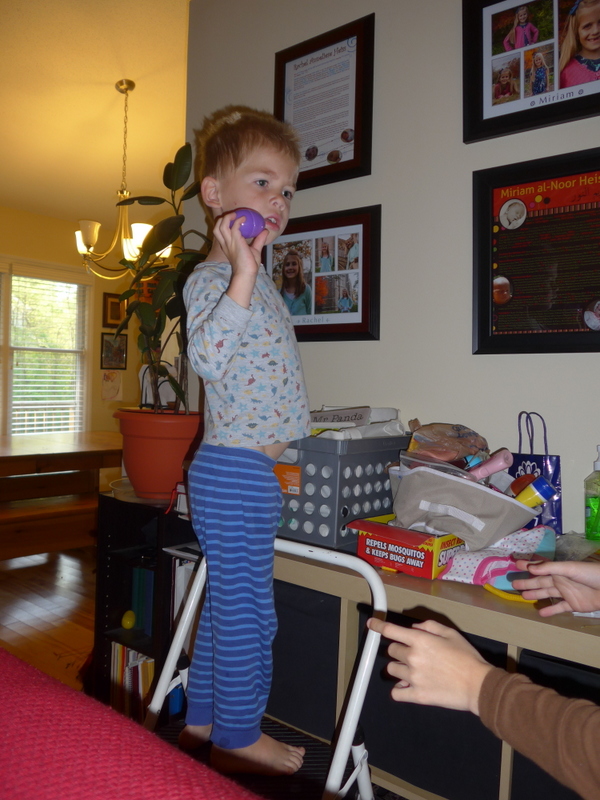 When he opened one of his eggs and found a pouch of robin eggs, he wailed, "I hate these!"

"What are you talking about?" Andrew asked. "You've been eating them all morning. You love them!"

"I do not!" he protested. "I just like the free ones, not the ones in packages!"

Then he tossed the candy across the room. 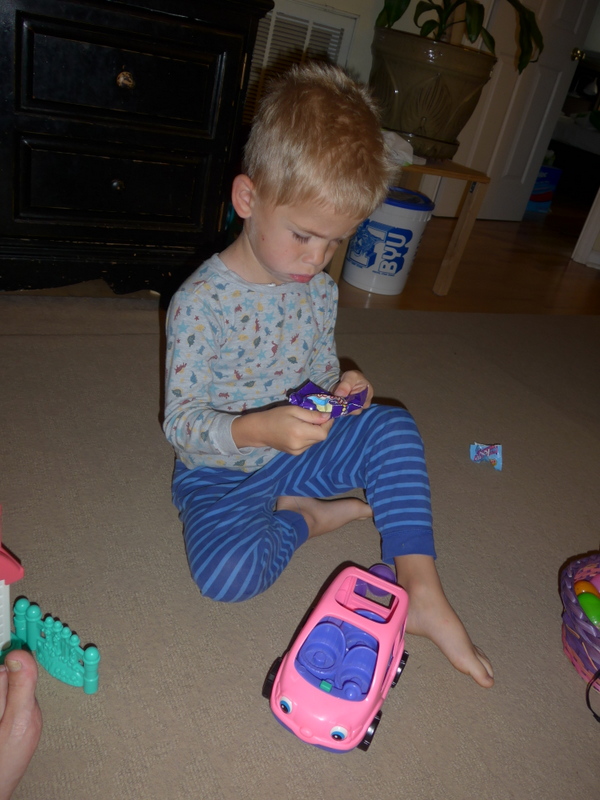 Too much Easter for Benjamin, apparently...
Posted by Nancy at 9:41 PM