Here are a few pictures of us in our Sunday best for Easter.

Benjamin got a set of bow ties in his Easter basket, which he was rather excited about (because, in all honesty, picking out Sunday clothes is so boring when you're a boy and he needed something to spice up his wardrobe). He and Andrew both wore bow ties to church today: 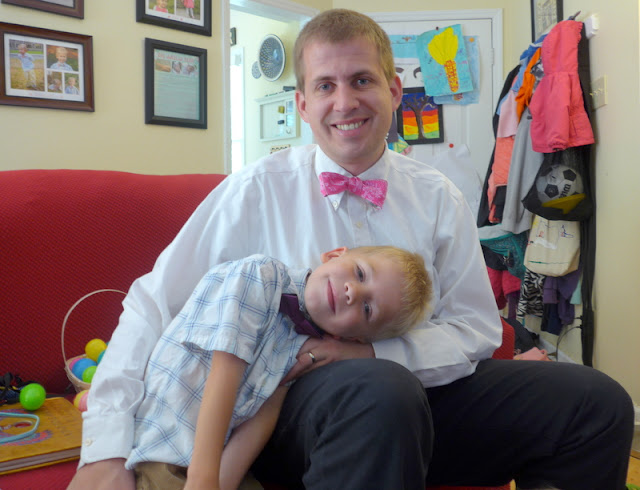 Our sacrament meeting was fairly busy, but in a good way. Andrew gave a talk today, but I asked him to sit in the pews with me, rather than up on the stand. He pointed out that he also had to play the piano for the primary children, but then I pointed out that I had to go up to sing with the choir between his piano playing and talk giving. Funnily enough, Zoë managed to sneak past him while he was helping Benjamin with something so Zoë ended up on the stand with me for the choir number, anyway, which was fine.

We sang Woman, Why Weepest Thou.

And Andrew's talk can be found here, if you're interested in reading it.

Zoë, who ate nothing but candy for breakfast (and then nothing but cheese for lunch) was in remarkably high spirits all morning. But then she got her hand squished between the door and the doorframe when we were going into nursery. I didn't realize she had grabbed the doorframe when I let the door drop (it has self-closing hinges). Poor thing. That kind of ruined her good mood and she spent the whole two hours of nursery being really clingy and fussy (her fingers were red and swollen so it's not like she didn't have a reason to be upset).

After church I somehow got the kids to cooperate for a few quick pictures: 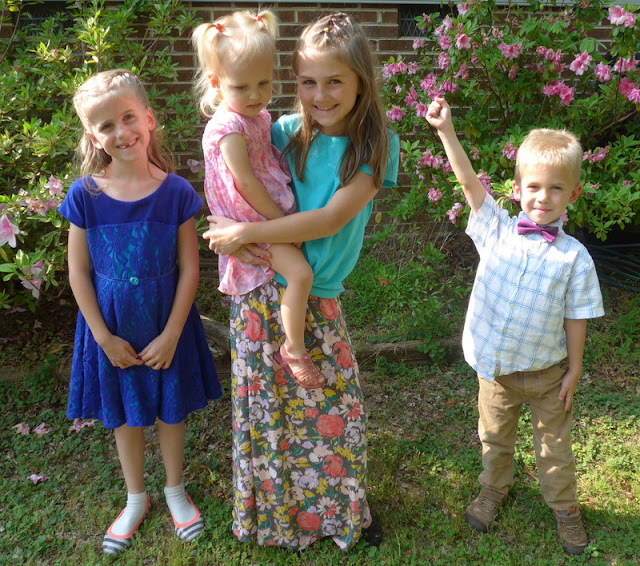 Zoë was still feeling a little unsmiley, but when I promised her a candy if she'd give us at least a little smile, she...kind of...cooperated: 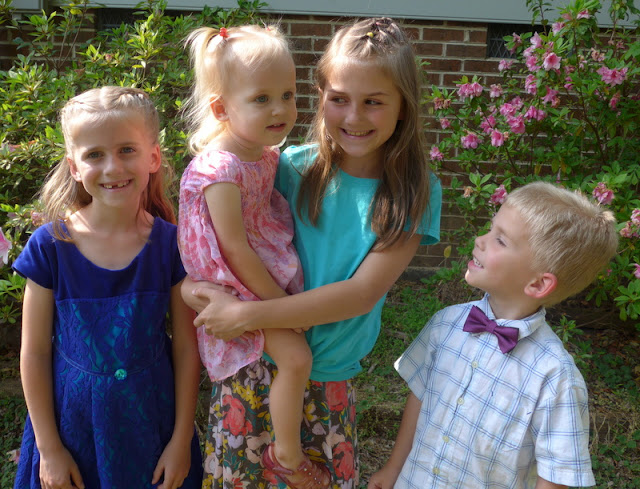 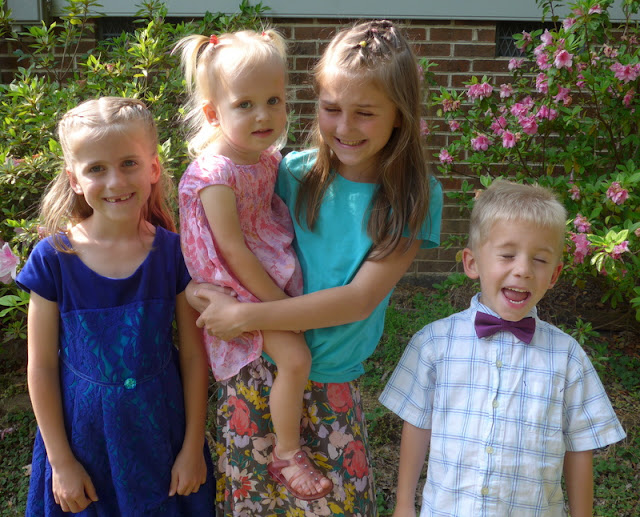 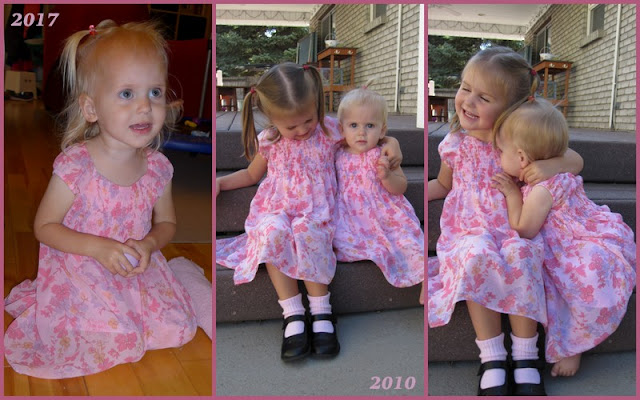 Miriam is wearing a dress that my mom sent for Rachel a while back but I can't find a picture of Rachel wearing it (which is odd because it was another favourite of hers—I'm sure one exists somewhere).

And Rachel is wearing a skirt that I bought for myself (and wore last Easter), but which fits her (and which she's like, and she's super picky about dress clothes so if she likes it she can have it).

It's fun to see these outfits making the rounds!
Posted by Nancy at 9:19 PM