It's the last week of school and our social calendar has been booming. Yesterday we went out to the movies with Naanii and Bumpa. We watched Despicable Me 3, which was about as good as any movie with multiple sequels. Afterwards we went out for ice cream, which the kids were rather excited about. Rachel was most excited that she was tasked with making sure Zoë's cone didn't drip (she took her job very seriously and liberally). 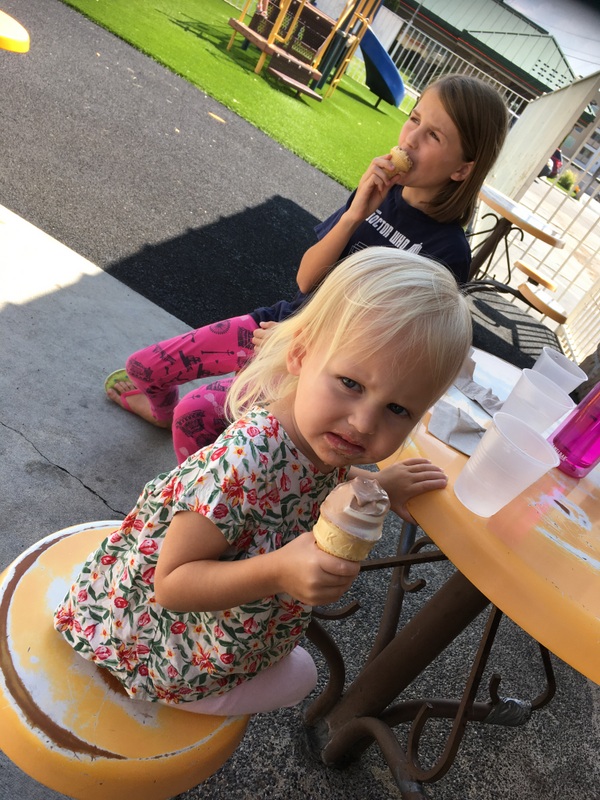 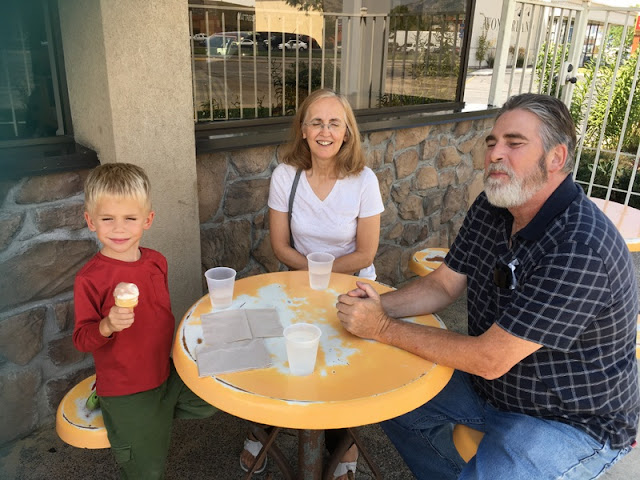 Everyone got a twist, except for Miriam, who got a plain vanilla cone: 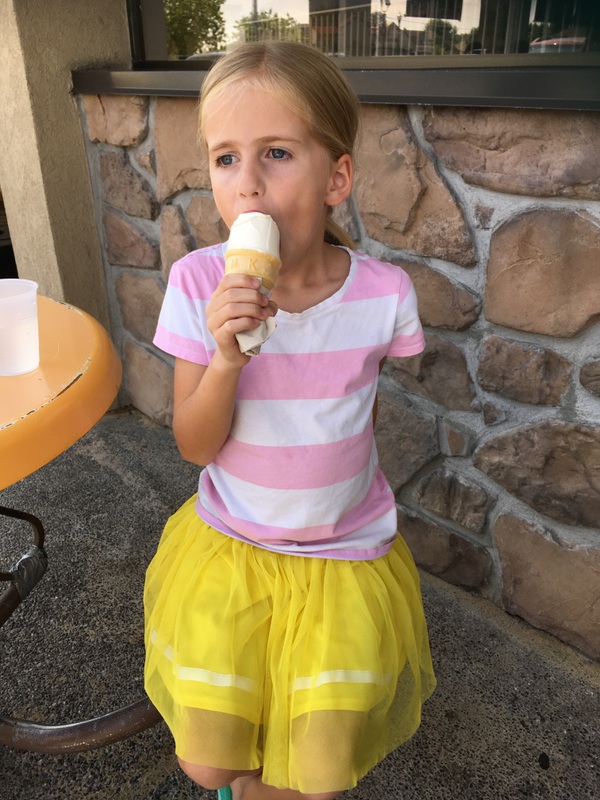 Zoë really wanted me to take her picture while she was "smiling": 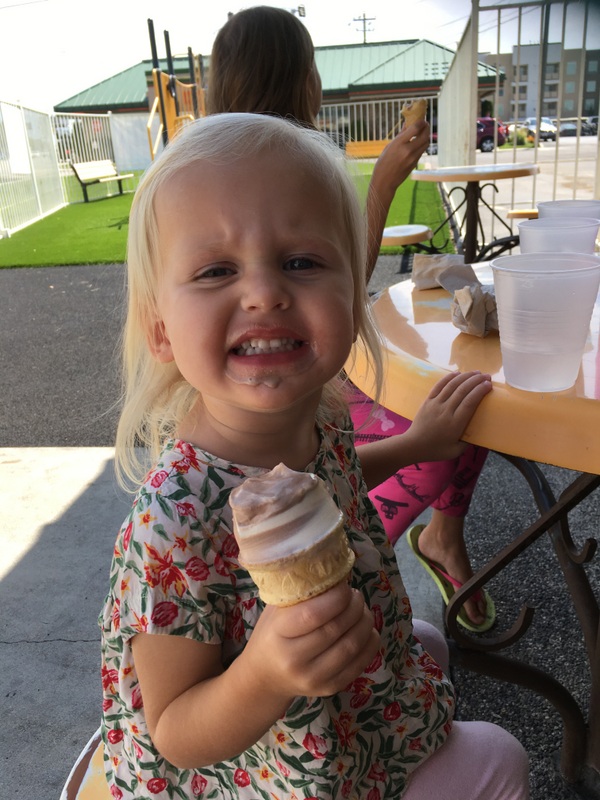 By the time we got home it was just about time to get ready for a BBQ with Andrew's department. It was at Dr. Agle's house, where we've been to parties before when Andrew was a student in the MPA program. It's kind of weird being on "the other side" of things—the professorial side.

The Agles have a swimming pool in their backyard. When we were debating discussing whether to show up in clothes or swimming suits (I was on team swimming suits, for the record), I said, "What are the odds that our children will choose not to get in the pool?" And that pretty much won the argument discussion for me...because name a time our children have stayed out of any body of water ever. Exactly.

I packed swimming suits for Andrew and myself, but we didn't end up using them because only kids were in the pool. Sad. I guess I could have broken ranks and joined the kids but...I didn't. I was feeling really pregnant yesterday and I couldn't decide whether the struggle of getting into a piece of lycra would be worth the weightlessness of water or not...

It was good for the kids to interact with other kids, though.

Last week Andrew found out that one of his coworkers, who has a ten-year-old daughter, lives just down the street from us. He's not in our ward, of course, nor does he even go to our building. But he's in our stake and he's literally a two-minute walk from our house.

So when Andrew told me this I decided that we'd be brave and we'd go to the park and stop by to introduce ourselves and see if his daughter would like to accompany us. I explained this plan to the children and they helped me find the house number and we very bravely went up and rang the doorbell. The introverts in the group (me and the girls) felt a mix of relief and disappointment when nobody answered. The extrovert in our group (Benjamin) was decidedly disappointed that we wouldn't be meeting any new friends that day. He sulked for a few minutes before chasing his blues away with his unquenchable optimism.

"Look! Those people are home!" Benjamin chirped. "Their garage is open and they have a van, so that means they probably have children. Ooh! Those people are home, too! They left their front door open. Let's go knock on that door! Listen! Do you hear those kids playing in the backyard? Let's see if they can play!"

He continued this the whole way to the park.

"Benjamin," I explained repeatedly, "I know you're desperate for friends but we're not just going to go banging down random peoples' doors!"

"But we stopped at that one random house! Why not this one?"

"That house wasn't random," I said. "We had a connection to them, we just hadn't met them yet."

He's obviously much braver/friendlier/outgoing than I am.

But, this particular family was at the barbecue so we got to meet them and the girls hit things off so today we tried stopping by again on our way to the park and this time they were home and our new friend joined us and ended up spending the afternoon at our house. The girls played Ticket to Ride and UNO and Quiddler. They had a good time and I had a quiet, mostly-squabble-free afternoon (thank goodness school is starting soon because the kids are seeming to get sick of each other earlier and earlier with every passing day).

Tonight Rachel's got Activity Days. More on that later!
Posted by Nancy at 6:36 PM