Benjamin filled his writing journal at school (again) so he brought it home to share with us and it was most enjoyable. It's fun to see these little snippets of how his mind works. Here are some of our favourite excerpts: 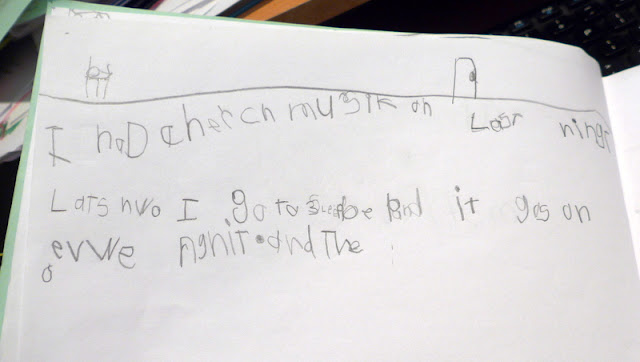 I had church music on last night
That's how I go to sleep and it goes on
every night.


The "lats hwo" for "that's how" and "evwe" for "every" are killing me because he really says "lats" and "evwe" instead of that's and every. And it's just so cute that he spelled them that way. I also love how he knows "night" has some silent sounds in there...somewhere.

I sow fog befer i went to skool I did not fergit
my bak pac. And I got a cote. The end

I saw fog before I went to school. I did not forget
my back pack. And I got a coat. The end.

What's charming about this is that he forgets his backpack probably 50% of the time, so the fact that it was distractingly foggy and he remembered to grab his backpack is kind of a huge deal. Most charming spelling: fergit. 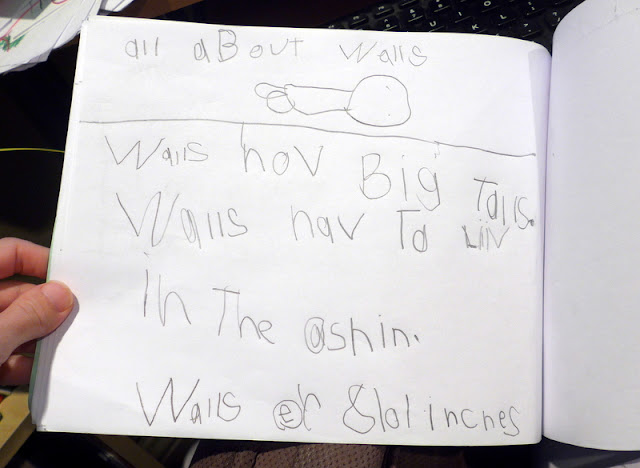 All about walls
Walls hov Big Talls.
Walls hav to liiv
in The oshin.
Walls œr 8101 inches

I caught on at the word "oshin," but Andrew didn't figure things out until we turned the page and learned that "walls et krill." Yes, he's writing about whales.

All about whales
Whales have big tails.
Whales have to live
in the ocean.
Whales are 8101 inches 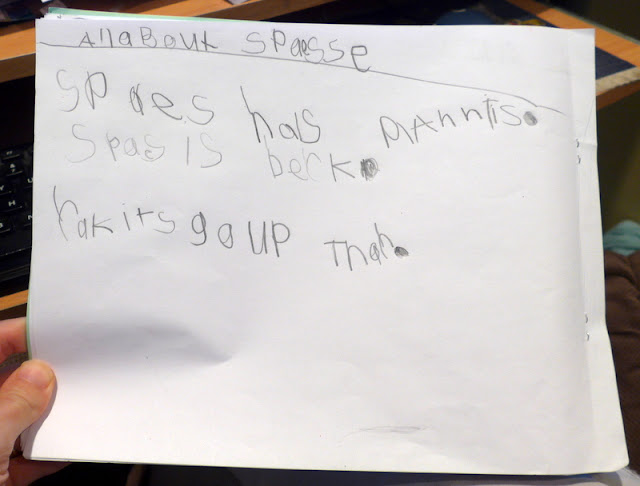 All about space
Space has planets.
Space is dark.
Rockets go up there.

I thought "spas is berk" was pretty great, until I learned about rockets going up "thar" (which, of course, he doesn't pronounce like a whaler ("Thar she blows!"); no, that's a long a and so the word rhymes with "air." When I read it, however, I say it like whaler in my mind—perhaps because of his prior musings on whales, or perhaps because he's literally spelling it "thar").

He's supposed to draw a picture to accompany every little story that he writes, but as you can see he doesn't do that. Drawing isn't really is forte. He always goes for the most simplistic line drawing imaginable. For example: 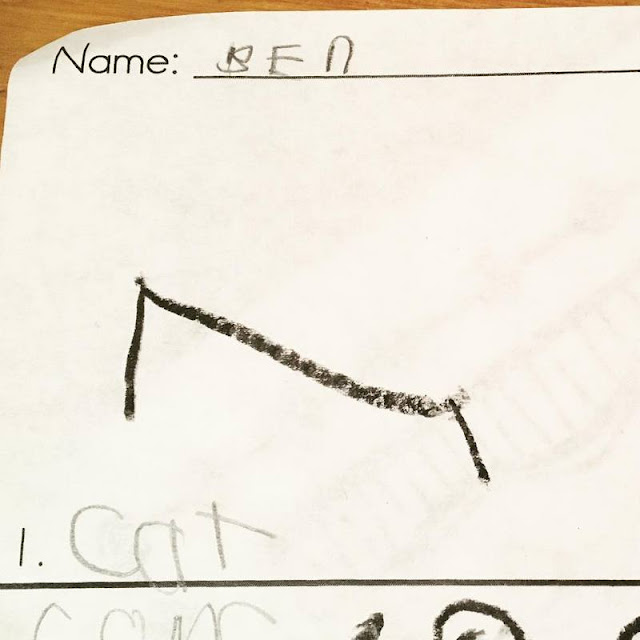 Or, when we do math problems together and he's supposed to "draw a group of five items," he choses pencils almost 100% of the time, and his pencils look like this: |||||

If it's not pencils it's balls: OOOOO

At least he seems to enjoy writing...
Posted by Nancy at 1:17 PM