We had a birthday party for Grandma on Saturday. Auntie Emily drove down from Idaho with her family and Auntie Katharine and Uncle Jacob came with their families as well. Grandpa Frank and Grandma Pat, Aunt Nicki and Aunt Becky represented the Heiss clan. Aunt Linda and Uncle Trevor represented the Andersons. Reid also invited a few friends—the Zanders, Roberts, and James & April Gillespie. Oh, and my mom came, too!

It ended up being about 35 people (though we maybe set up enough seats for 54). We made tamales and enchiladas for dinner and had Texas sheet cake and flan for dessert. It was a little chaotic trying to plan and prepare dinner for that many people, especially because we did our best not to involve Karen in the planning and preparation—and she's always the hostess with the mostest. We're just amateurs.

Here's a little picture of Zoë helping Maren get ready for the party (while watching Olympic figure skating). Zoë loves brushing hair. She always enjoys brushing other people's hair (often that's how we keep her entertained during family scripture study—she'll happily (and quietly) sit while brushing someone's hair) and sometimes even enjoys having her own hair done (though not as much as when she's the hairdresser). Anyway, here she is brushing Maren's hair: 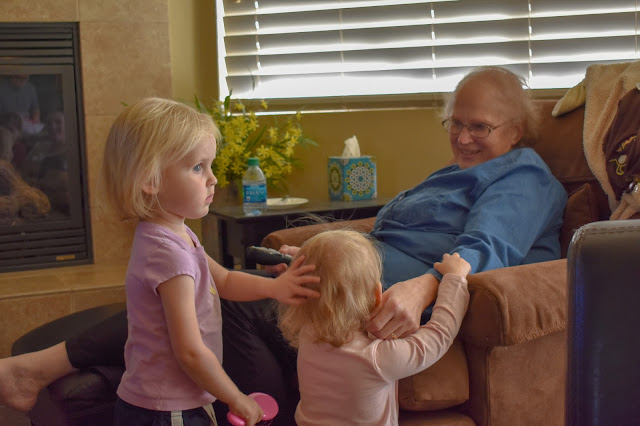 Zoë wanted her hair in "two ears" and she wanted Maren to have "two ears," too, so I gave the girls some pig tails (if you ask Zoë if she wants pig tails she'll say, "No! I want two ears!").

Here are "the little twins" with Auntie Emily: 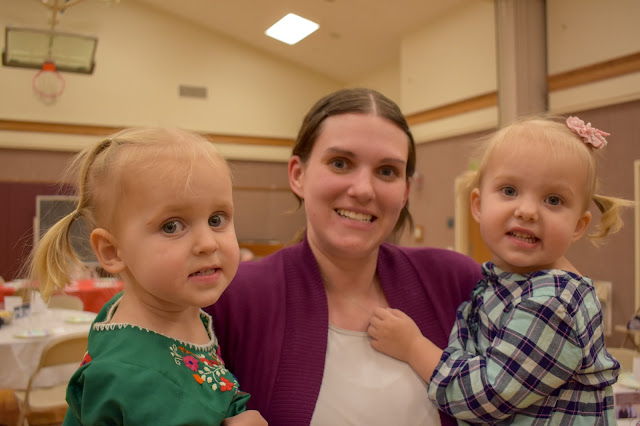 Zoë and Maren are quite a bit alike in book looks and personality. We could hardly keep them straint and kept switching up their names this weekend.

Here's a picture of my mom meeting Emily's littlest one, Arwyn: 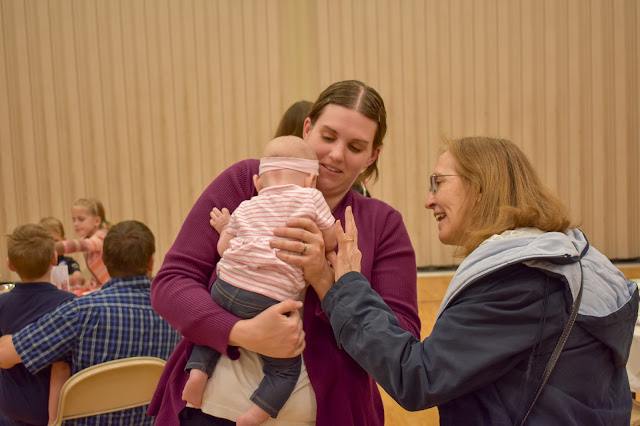 She sure is a sweet little thing, so calm and quiet: 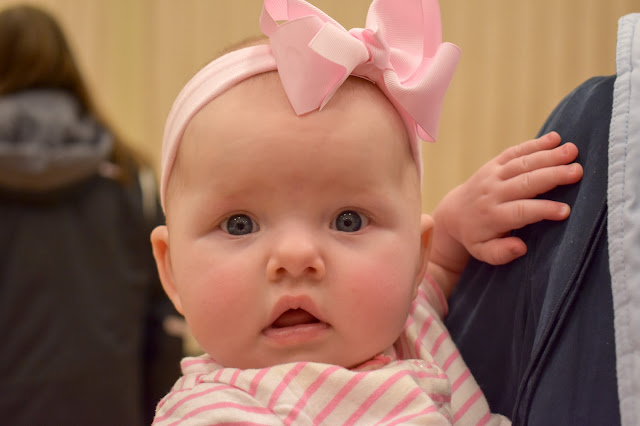 I didn't take very many pictures of the event because Katharine had a photographer come out (and then I realized that we'd probably not see the pictures for quite some time, so I should have taken more; oh, well). Here's one of Uncle Todd with Kayl: 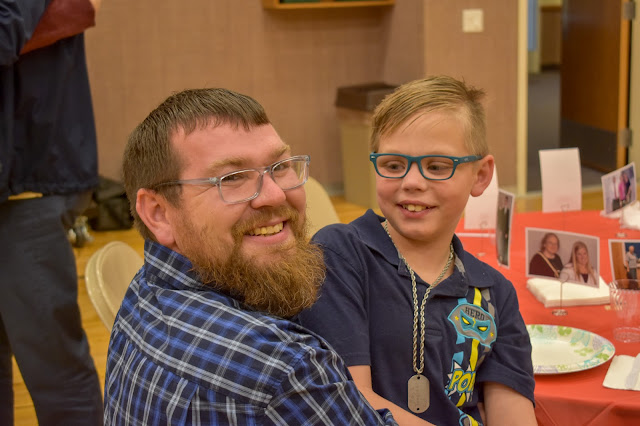 And Uncle Jacob with Carter: 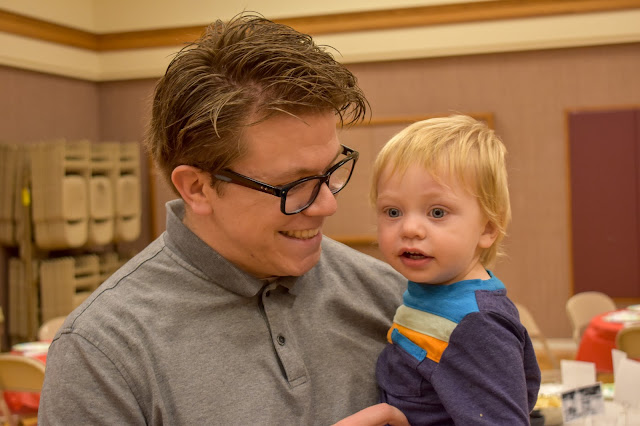 And Grandma, holding Logan, chatting with Sister Roberts and the Zanders: 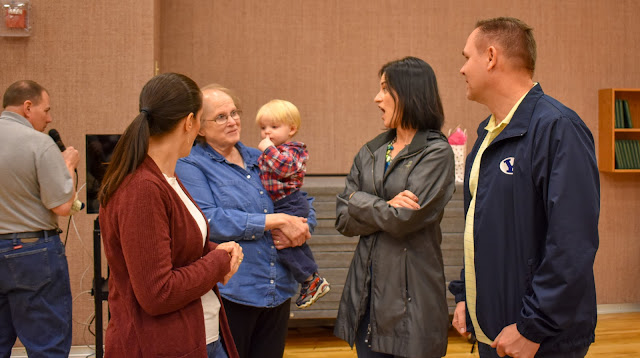 We had a short program (that ended up being longer than planned) that Reid called the "living" eulogy, the idea being that when someone dies we get to hear about all the neat things they've done...and kind of miss out on knowing those things while they were alive. So he told the story about how they met, the kids each talked, and friends from different phases of their lives spoke (friends from North Carolina even sent a little video). It was fun.

We should have thought to record it all. *sigh*

Thankfully we have quite a bit of what was said written down because we also collected letters from 80+ friends/family and compiled them into a book.

It was a fun evening, but all the little grandbabies were so done with life by the time it was over. Unfortunately, that is when the photographer started pulling us all aside for family pictures, so I can't wait to see how those turn out. I know Alexander was howling through the whole thing (and I imagine he wasn't the only one, but that might just be my vanity speaking because the truth is that I hope he wasn't the only one (but even more truthfully he probably was).

I ran home after pictures so I could get that poor baby into bed. He's been so, so miserable lately.

My mom thinks he's teething and I have a hunch she's right. He's really been gnawing on things lately and I can see the hint of some pressure from soon-to-be erupted teeth. It was bound to happen eventually; now it's just a question of how long it will take for them to break through.
Posted by Nancy at 11:57 PM