Benjamin bit into his dinner tonight and his tooth popped out of his mouth.

"Wow!" he said, and then put his hand up to feel his freshly barren gum. He was quite shocked to see his fingers come away bloody and cried, "Whoa! Blood. Blood. Did not expect blood!"

Soon, though, the bleeding stopped and he was left to revel in the joy of having lost his very first tooth.

I wanted to take a picture of him with Rachel, who lost a tooth yesterday. They insisted that Alexander be in the picture with them because he is also quite toothless. 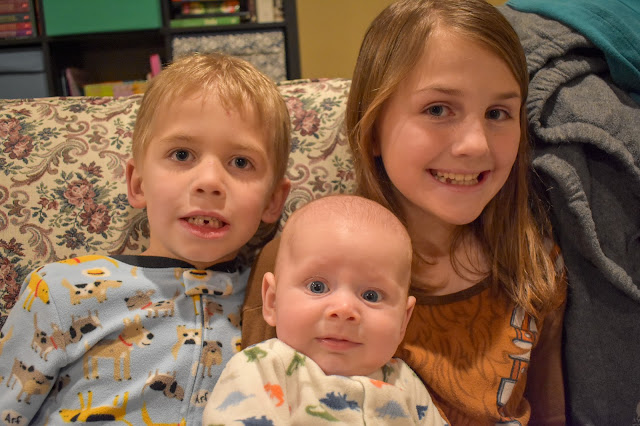 And then Miriam asked if she could be in the picture as well because she lost a tooth last week (she has lost 11 or 12 already, so she's well ahead of Rachel). At the rate these kids are shedding teeth right now, our tooth fairy is going to need to set up a GoFundMe account... 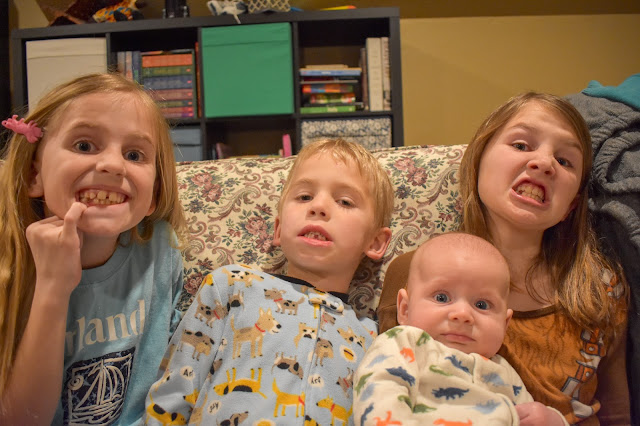 I asked Zoë if she wanted to be in a picture with the kids. She didn't. And how dare I ask her? 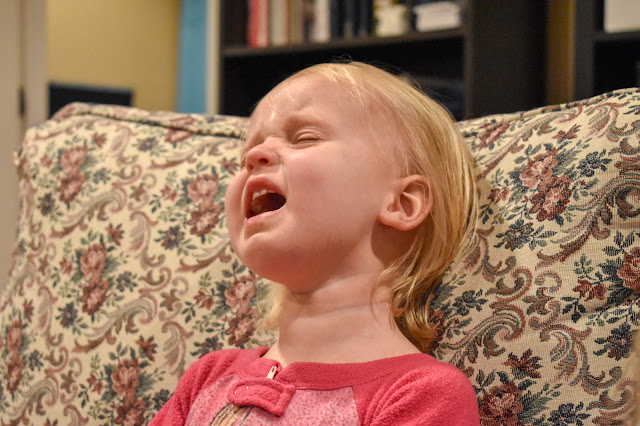 And then she just kept on screaming because that's how she rolls lately and it's driving me insane because not only does she scream at me first thing in the morning and the last thing at night, she yells and screams all day long. And it scares Alexander who then screams, too.

Here he is reacting to his sister's noise: 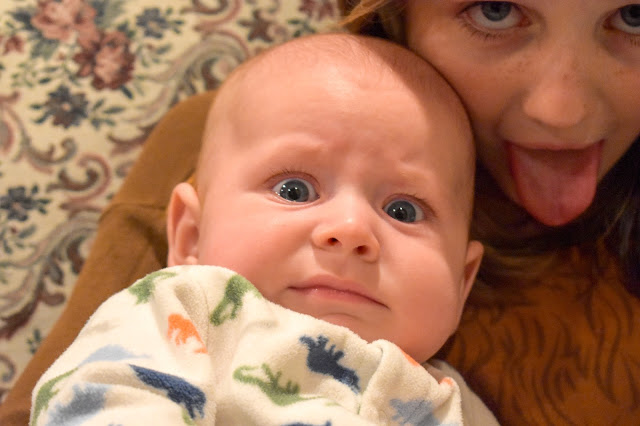 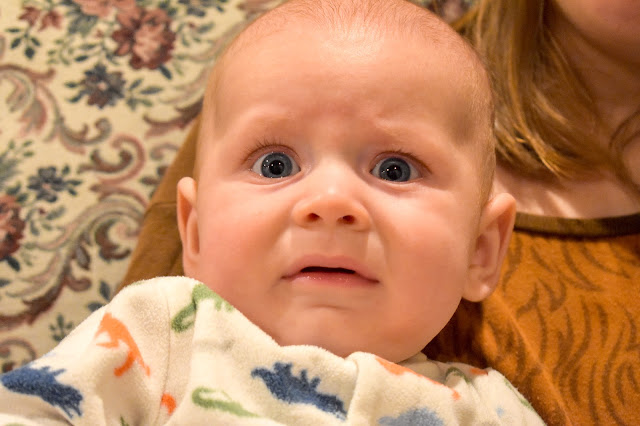 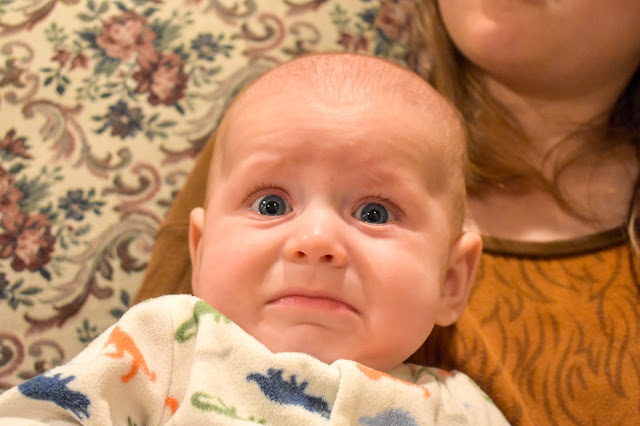 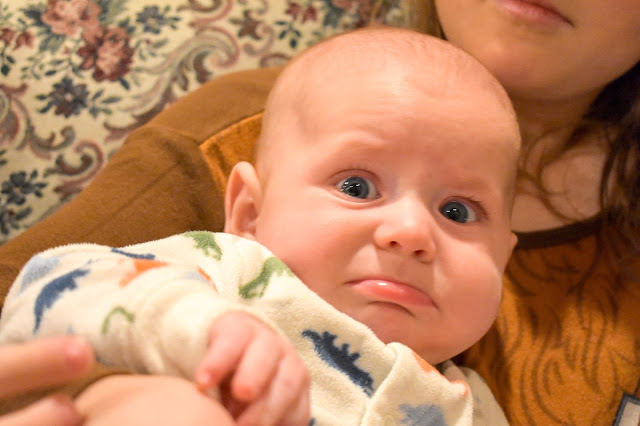 He actually has a really great pouty face, like he can really get that lip out there (the above pouts really aren't 100%). But he skipped a good, full pout in favour of moving straight to screaming his head off, so I stopped taking pictures to comfort him.

When he's not being tortured by our live-in banshee he's really quite a happy little boy: 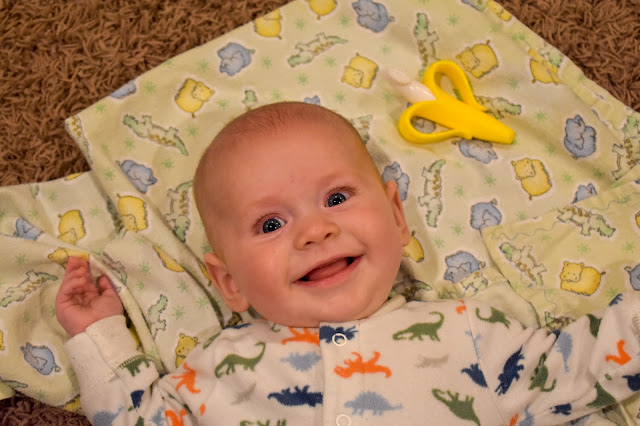 That banana looking thing on the blanket is his toothbrush, by the way. Every time the kids come across it (which is multiple times a day) they remark how it actually looks like a banana. I keep trying to tell them that its appearance is no coincidence. Someone thought a banana toothbrush would be cute (it kinda is, honestly) so they made one look like a banana on purpose. It even has the words "BABY BANANA" printed on one side.

"No, but if you hold it this way, it looks just like a banana," Rachel will say, pretending to peel it and take a bite.