Getting a handle on things

It's been so warm out that instead of putting Alexander in the front carrier and zipping him inside my big winter coat, I broke out our two-kid capacity stroller. Zoë has been dying to try this out since we got it (used) but at first Alexander was too tiny and then the weather was too frightful (and it should still be frightful; I can't get over how mild this winter has been!) so Alexander has been bundled up next to me since he was born, basically.

But for the past few days he's been riding in the stroller and he seems to enjoy it (or at least not hate it). He's a pretty clingy guy. He already holds onto people when they hold him and he has his favourite little handhold in his car seat, so I wasn't at all surprised when I saw his little hand squeezing the life out of the side of the stroller. I texted this picture to show Andrew that Alexander had found a handle. 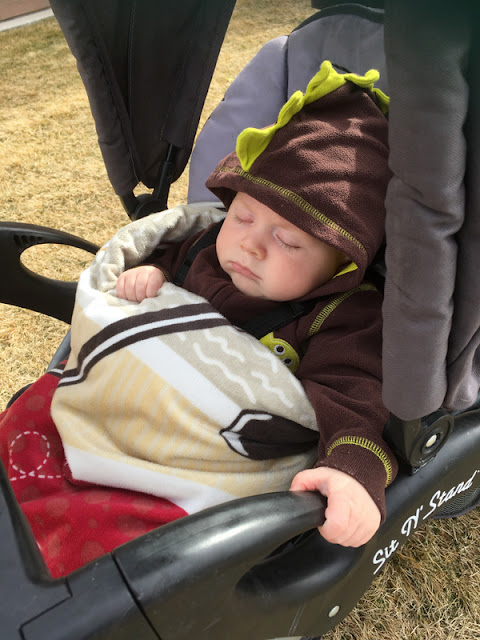 "He's all set," Andrew wrote back.

You could say he's really getting a handle on life...
Posted by Nancy at 12:39 AM