On Saturday I took the kids to BYU to meet up with my mom and sister for the Family Concert Series, which how did I not know about until now?!? I think it's such a great idea—a matinee musical performance geared toward children.

This month's theme was "Pictures in Sound" and we learned about how composers paint a picture with sounds rather than paint. The first song the orchestra played was the Star Wars theme song and the minute they started playing Benjamin went all slack-jawed (and didn't manage to close his mouth until they had finished playing). The first question of the lecture was something about what the music made us see/imagine/think about. The answer, for most (including Benjamin), was Star Wars. 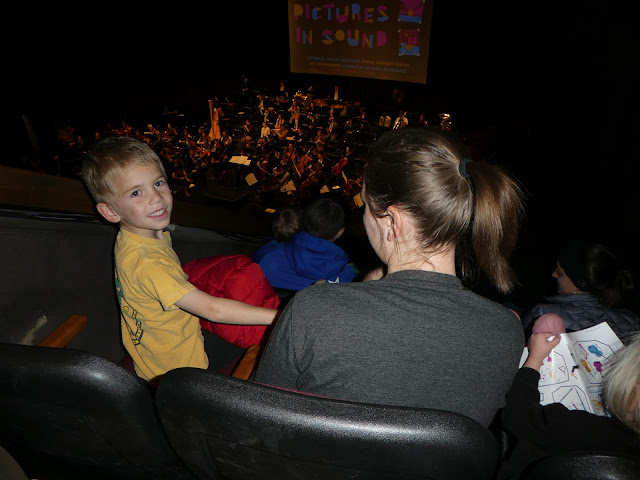 Then the audience was turned into the "orchestra" and we made a rainstorm together, snapping our fingers for a drizzle, slapping our legs for heavy rain, stomping our feet for a torrential downpour and the growing rumble of a thunder *CLAP!* We watched as our director led us through the storm. It was pretty cool.

We also got to listen to:


With each song there was something to keep the children involved—following a "map" of the music, making their fingers tiptoe on their hand, and so forth. It was a lot of fun!

And afterwards there was a musical petting zoo, which was super popular. My mom knows a bunch of the orchestra members (on account of her job as a music librarian on campus) so she took us around and introduced us to the students she knows, who happily showed off their instruments. First we saw a viola (we have a viola), and then the kids got to help a clarinetist trill (we have a clarinet), and then my mom said, "Now that I've shown you all instruments you have...." and took us over to meet a trombonist who let Benjamin help pull his slide. 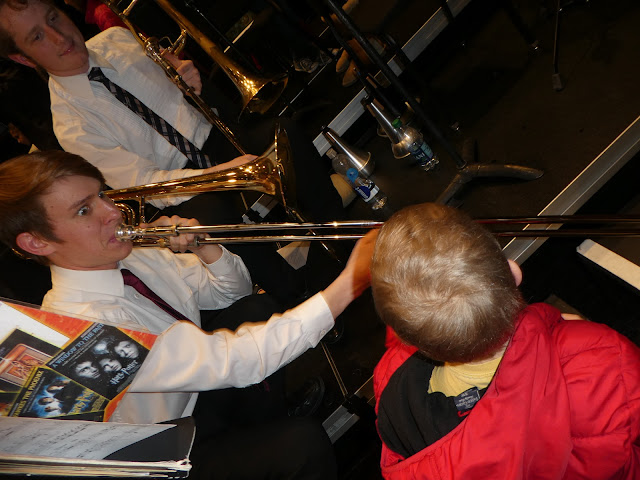 We took a quick walk through the MOA after the concert: 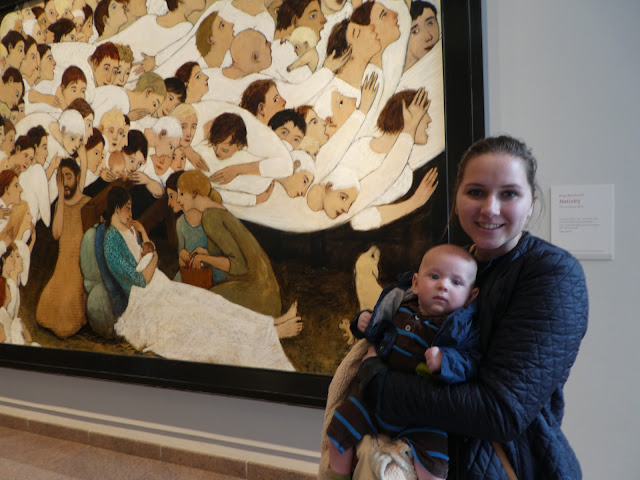 We really ought to spend more time on campus. There's a million things we haven't done...

Oh, speaking of that we did not manage to secure tickets to Hamilton, which was kind of a bummer. But Alexander was a hungry little guy while we were out. I fed him twice during the show and then he wanted to eat while we were at the museum as well. So I said, "Alexander! You can't possibly be hungry again! Everyone knows I just fed you!"

And Josie said, "You should have known he'd be like this when you named him Alexander. He will never be satisfied."

Also, while we were driving the kids kept asking if we were at BYU.

Sometimes it's hard for them to distinguish between the "off campus" part of town surrounding campus and actual campus. I said something about "campus" while I was explaining that we still weren't on campus and Zoë went a little berserk (as she is wont to do; I'm sure she'll grow out of it).

"Campus is BYU," I explained. "All the different buildings of BYU make up BYU's campus."

So I'm pretty sure she's got that word under her belt now.
Posted by Nancy at 1:14 AM