In which I fail to meet my quota

Still, five children should provide plenty of story fodder (especially since I'm with them all day and night (nursing right now as a matter of fact) and never employed a governess or anything (not that it's a contest, Queen Victoria, but, uhhh...yeah; it's on)). And so I will do what I usually do and fall back on my charming, witty, and attractive children to meet my writing quota: 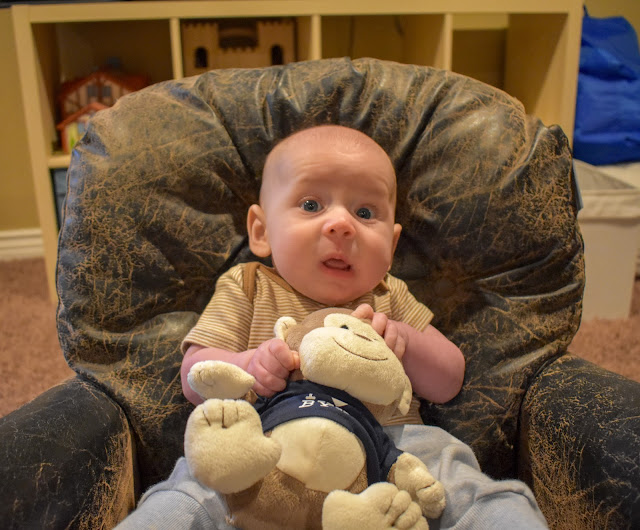 I said, my charming, witty, and attractive children... 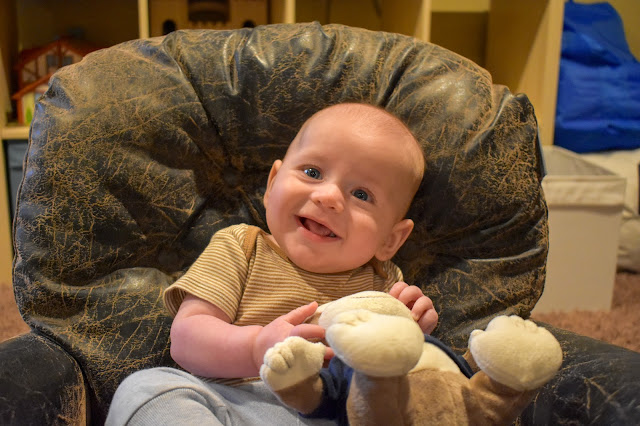 Now, then. Where were we? Absolutely no where. Great!

The other day someone in our neighbourhood "group" posted a batch of free toys. A magnetics set looked particularly appealing to me so I asked my girls if they'd bundle up and head over to pick them up—lickety-split, before anyone else snatched them up. They weren't thrilled about going and even though I explained exactly where the house is a dozen times, they were still wary about getting lost (it's seriously just a handful of houses away).

Fortunately, we ran into Grandma as I was herding them down the stairs. Grandma was bundling up to head outside. She'd seen the advertisement as well and had her eye on a LEGO set.

So the girls bundled up and headed over with Grandma, feeling much more confident now that they had an adult chaperone with them.

Unfortunately, the LEGO set had already been taken by the time our scavenging party arrived (I suspect the next-door neighbours who I know are LEGO aficionados (curse you, proximity (to power))), but the magnet set was still there so it wound up at our house and the kids loved playing with it.

Well, Rachel had a headache so she had some quiet reading time in her room and then played with the baby. 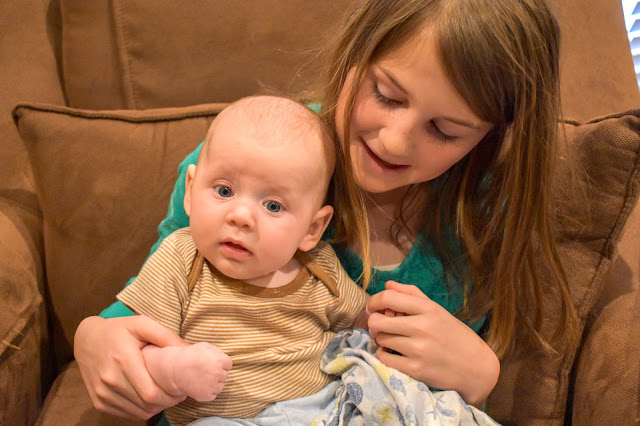 But the three middle kids had a blast! 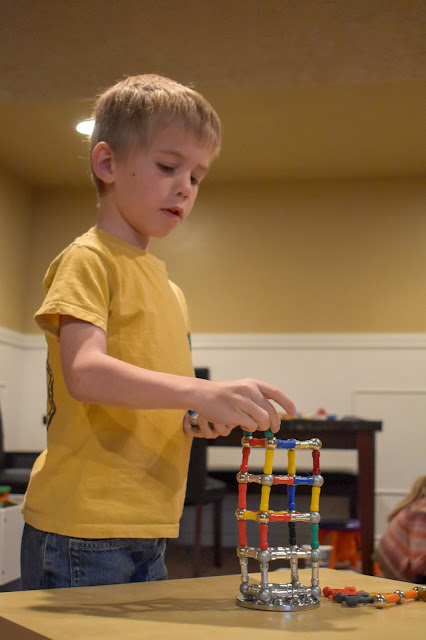 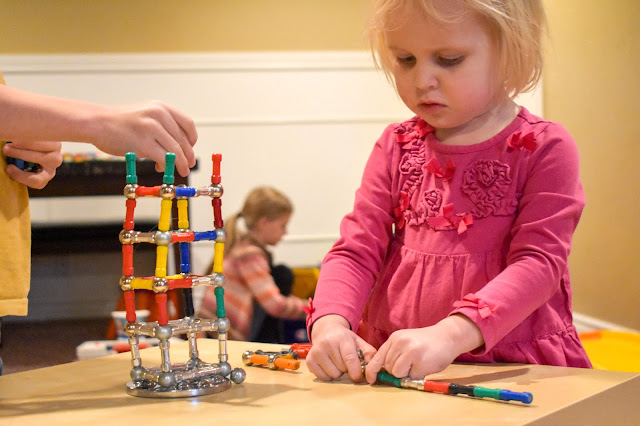 Miriam was building all sorts of things! For instance, speaking of royalty, she made crowns for both Zoë and Benjamin: 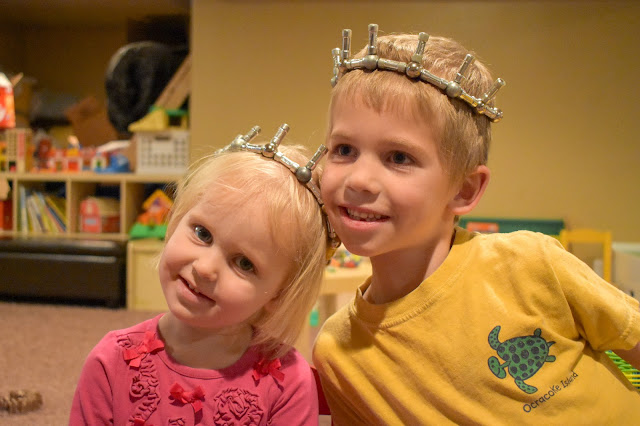 I didn't really take any pictures of Miriam playing with our new toys...but here she is explaining the construction of her crowns: 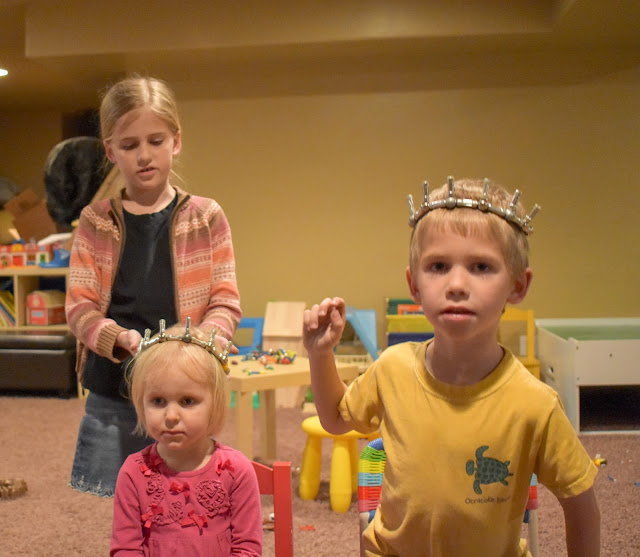 It was certainly a good find! We'll have to break them out tomorrow as well because we'll be having a stay-at-home Sunday for quite a large percentage of our household. Our children have been coughing in chorus all night long, so we'll see who's up for church in the morning.

Alexander is just about over his cold (I could tell he was feeling much better today) but obviously some of the older kids are still feeling pretty ill.

It's like 1:00 in the morning so I guess if I write more in the actual morning it will still count toward my daily total...
Posted by Nancy at 3:03 AM