That one time we went to the museum...

On Martin Luther King Jr. Day we went to the Bean Museum with my mom, brother, and sister. And then I didn't ever write about it because I'm so far behind in life that it's not even funny. But Josie wanted to see the pictures I took with her and Alexander. Unfortunately, none of them turned out great, but that's alright because they're both cute anyway! 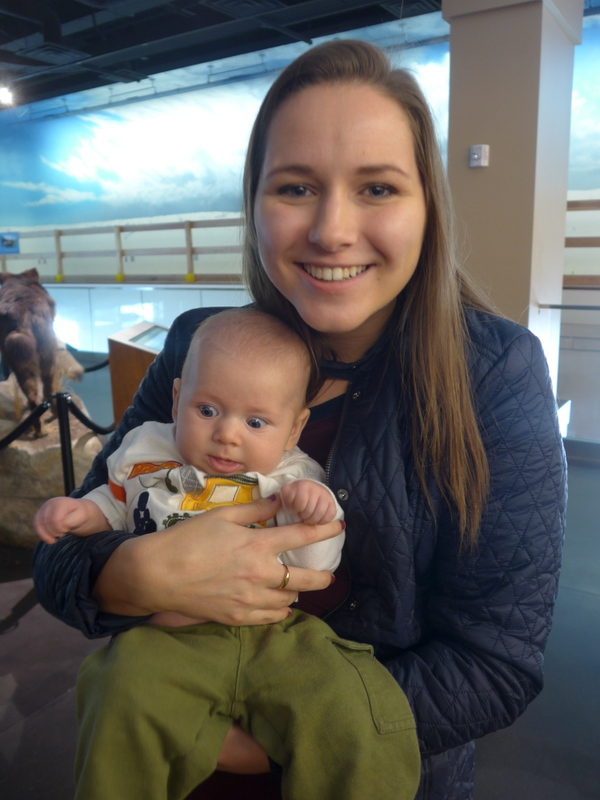 It's weird looking at these pictures from last month, though, because Alexander looks a lot smaller than he looks now (he's really packing on the pounds lately).

We went through the titanoboa exhibit again. This time only Auntie Josie and the boys wanted to pose inside the titanoboa's jaws: 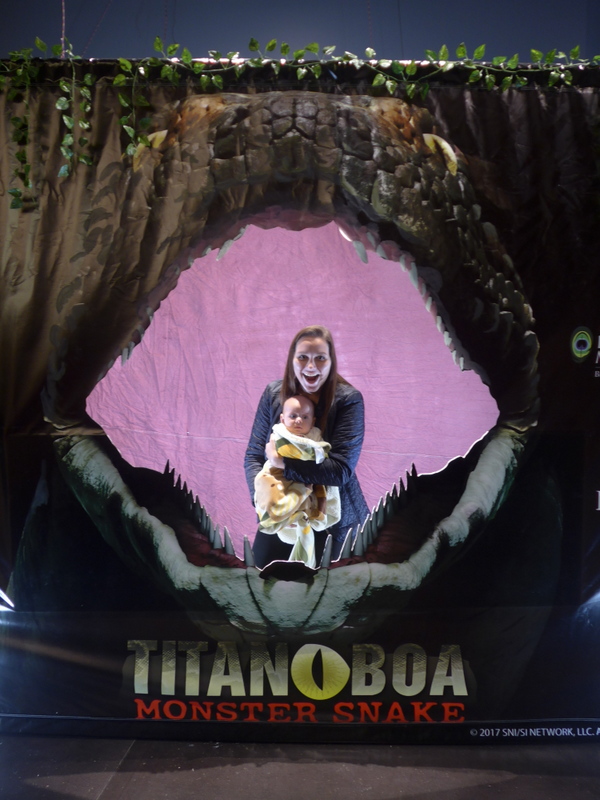 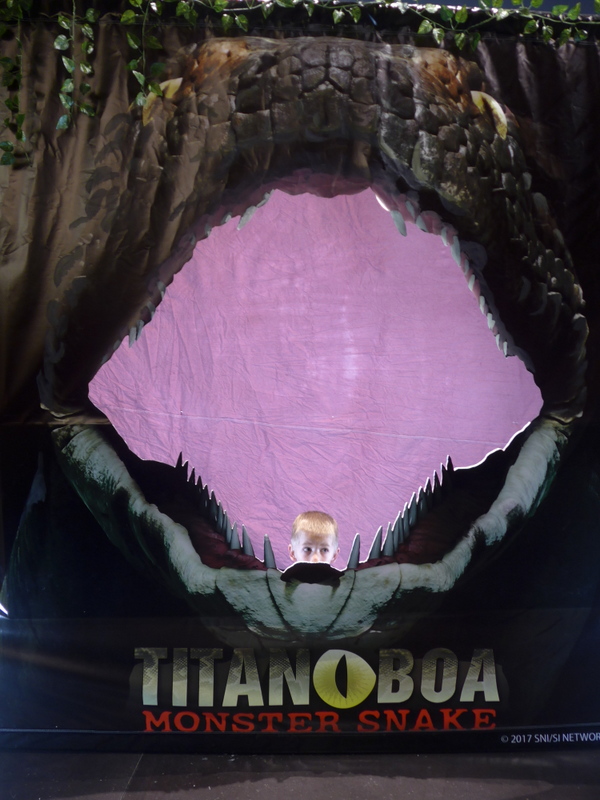 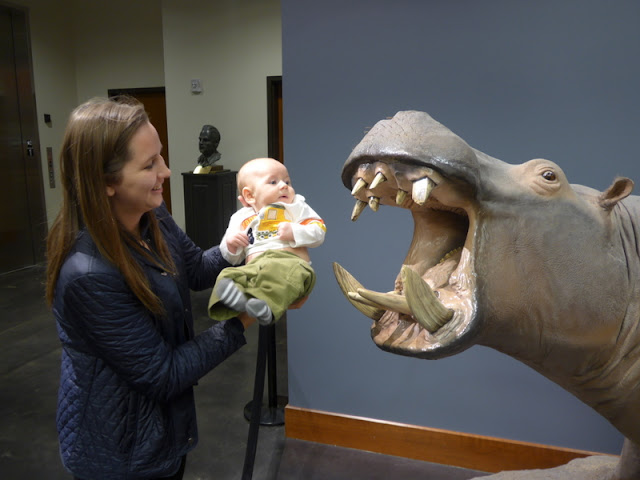 My mom said it reminded her of a picture my Uncle Michael took of my Auntie Arlene posing by a lion (maybe?) when the Bean Museum first opened (which was featured in the Daily Universe (maybe?) in 1978 (I'll have to look up that edition of the paper (once I'm up and functioning at full brain capacity again (hahaha)))).

Here's a few pictures of Alexander looking rather unimpressed with life (he's usually a very happy baby, until he decides he wants to go to sleep): 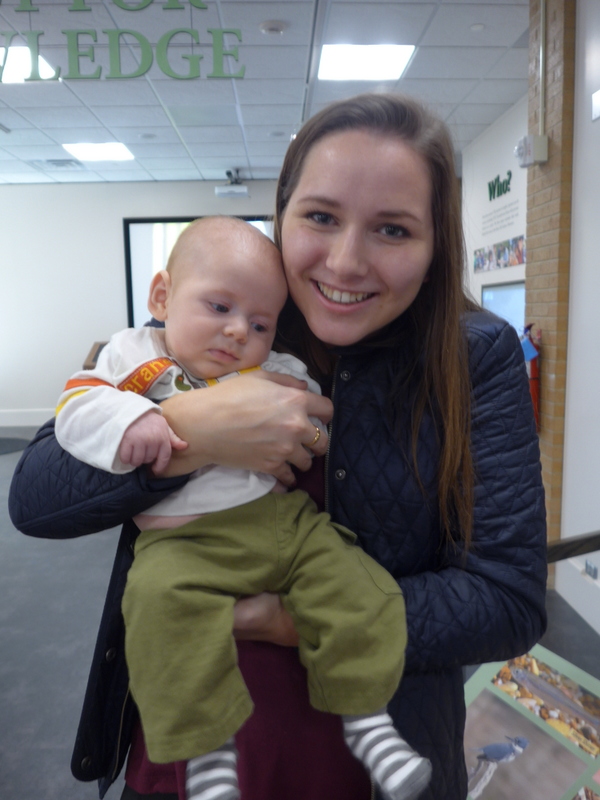 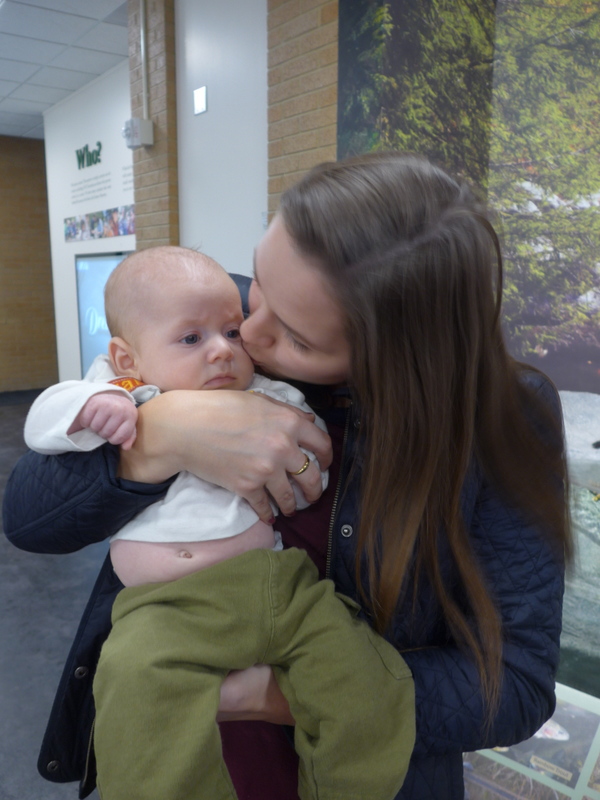 Here's Josie being grumpy with him: 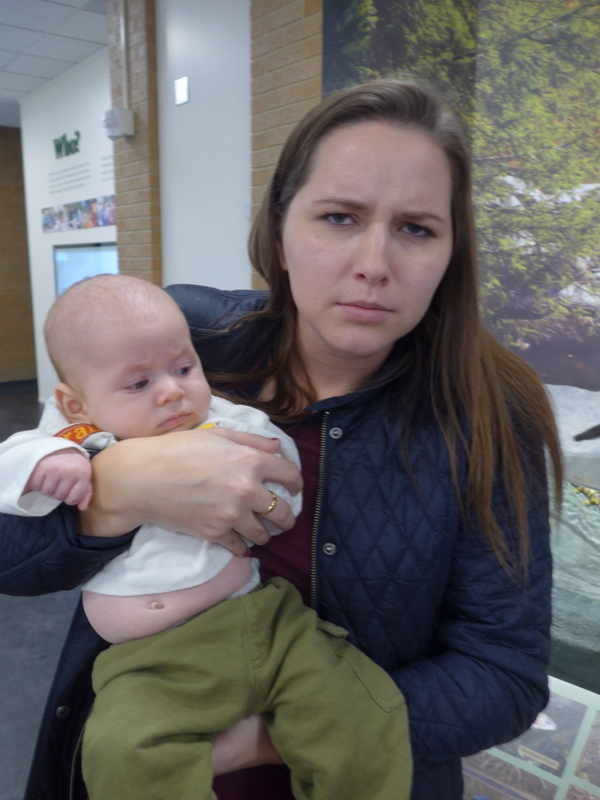 Miriam was quite excited when we got to the "Into Africa" exhibit and she realized that Alexander's blanket matched! 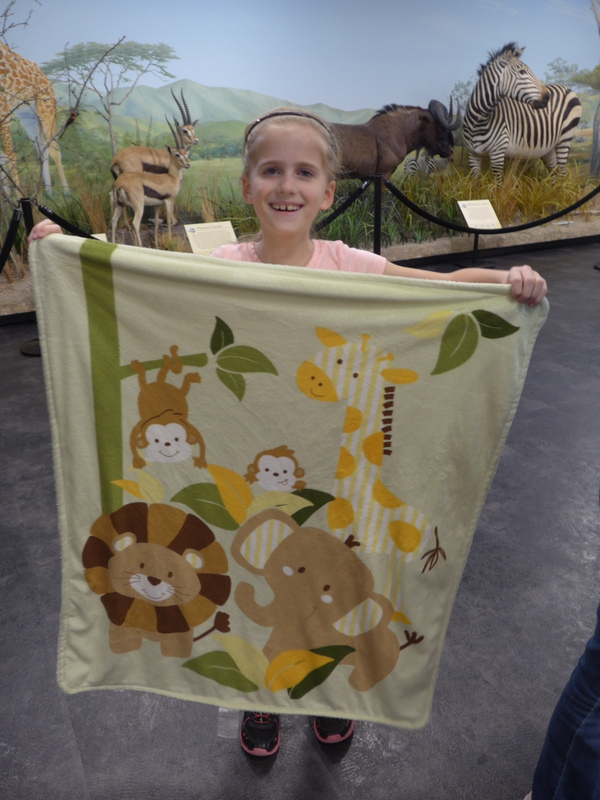 She was also excited to find this Egyptian goose: 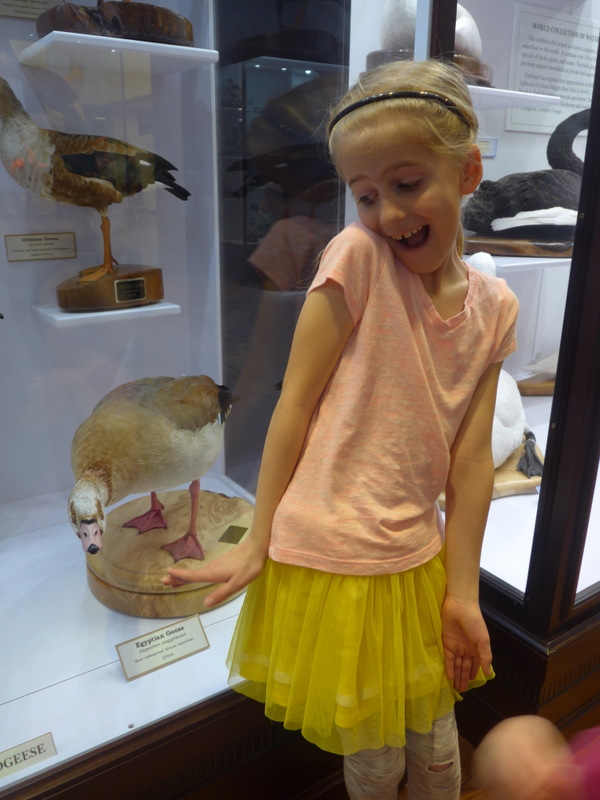 Here's Rachel and Miriam with Josie and Alexander: 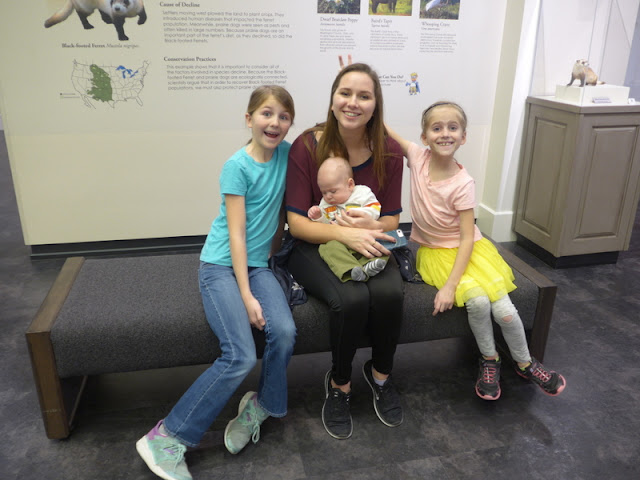 And...right as we were leaving the museum, Benjamin got invited to touch a rhinoceros foot (everyone had already beetled out of the museum and I was left coaxing Benjamin, "Come on! Come on! Come on!"); he thought it was pretty cool. 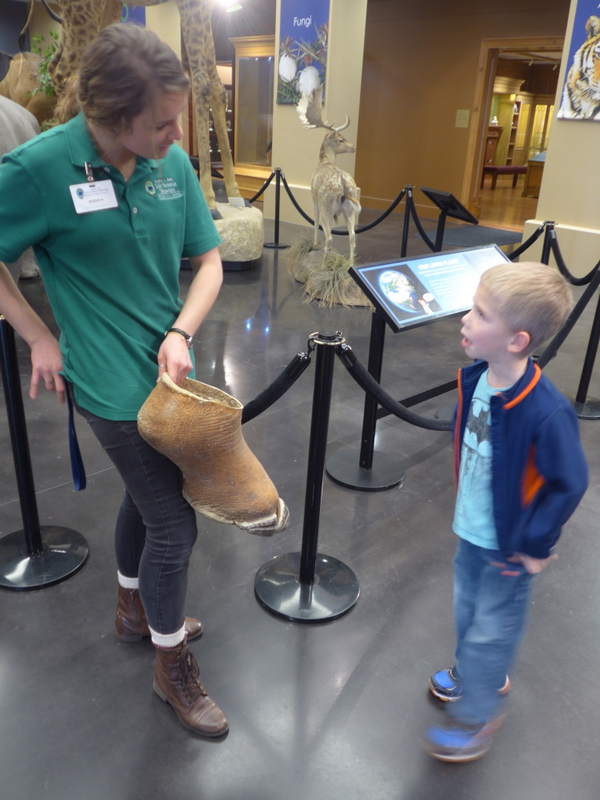 I wish we could have visited the museum of paleontology or the museum of peoples and cultures, but both were closed for the holiday, which on the one hand makes sense because it's a holiday, but on the other hand holidays are when families can head out to enjoy museums (just saying).

So instead we went to get ice cream at Macey's.

And the very next day Zoë puked all over the kitchen counter, which basically brings us full circle to the present time because Zoë spent all of last night throwing up (ugh).

Sometimes it seems like we're constantly sick, but I promise we're not.

Zoë threw up that one time on January 16, and then Benjamin was sick on January 22nd, and then Zoë was throwing up again yesterday (February 6), though she didn't throw up at all today. That's plenty of throw up days for 2018...but I really don't think we've been throw-up sick since the kids all were throwing up on the drive out to Utah, so we were due for another good round of stomach bug (since 2 to 3 times per year is about average at their age). Here's hoping that no one else catches it!
Posted by Nancy at 10:47 PM