Tonight was the school's mother/daughter night. I'm glad they moved it because it was originally on the schedule for earlier in November when we had so many unforeseen conflicts pop up on our calendar and probably wouldn't have been up for a paint night. I'm not sure we were feeling entirely up for it tonight either (and by "up for it" I mean "ready to socialize") but we went and we had a good time.

They were running low on supplies so instituted a "one canvas per group" rule, which they then retracted but we didn't get the message about more canvases being available so we worked together to create our masterpiece.

Rachel painted the dark blue portion of the background, Miriam did the light blue(ish/greenish) part and I added some white in. And then we each painted one flower: mine is the middle, Rachel's is to the right of mine, and Miriam's is to the left. 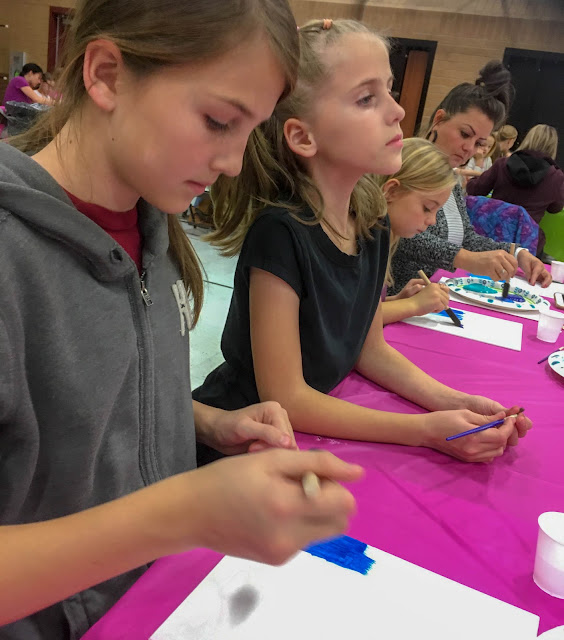 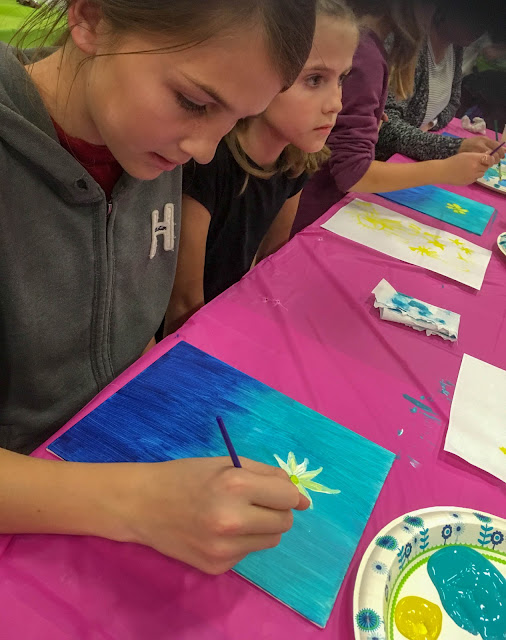 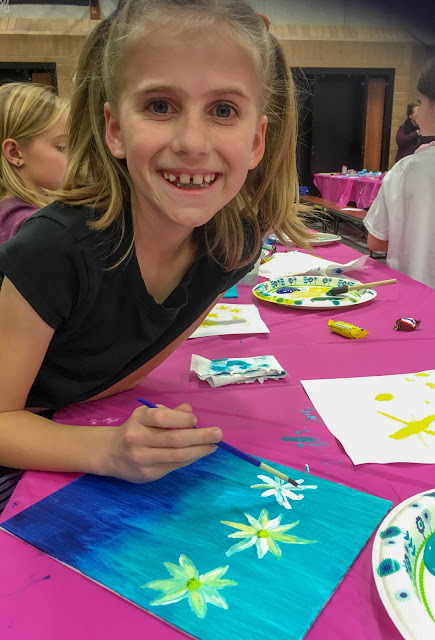 It was my first paint night and while I wouldn't say that I hated it, I'm not positive that I loved it. I think I would have enjoyed it more on a smaller scale (there were hundreds of women/girls in the same room and it was noisy and chaotic). It was fun to spend time with the girls though. 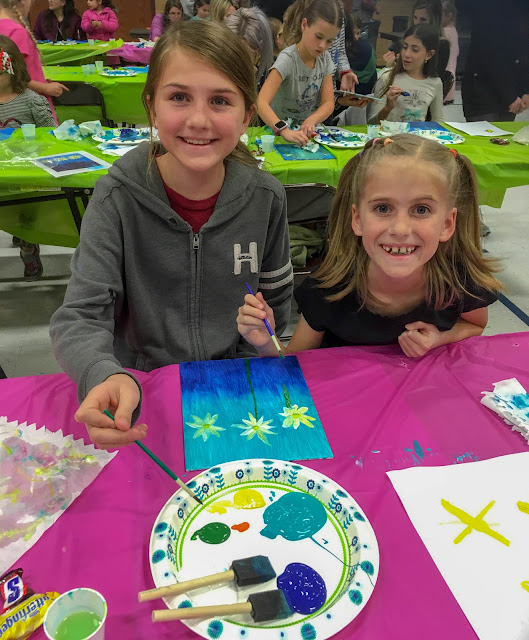 Here they are showing off our finished product: 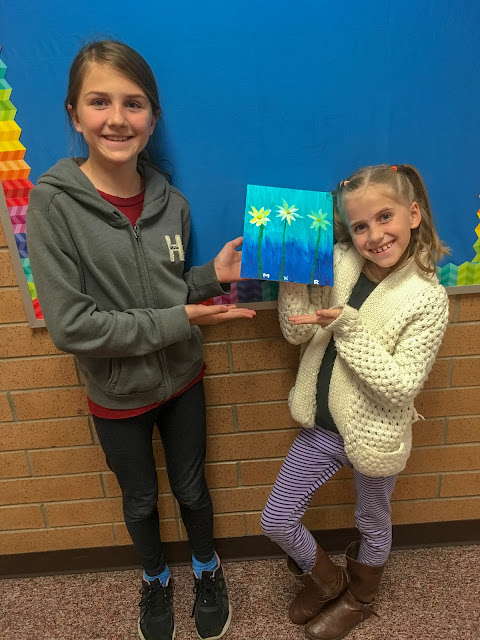 When we got out it was storming quite wildly. We gave a ride home to Miriam's friend Hannah's family, although I was at first embarrassed to have them squish between all the car seats. But I suppose it was better than walking in the storm.
Posted by Nancy at 1:48 AM