Our friends James and April lent us their baby's Halloween costume so that we could dress Alexander up like Jack Jack for Auntie Josie. So we put him in the costume (finally) and snapped a few pictures, but he wasn't feeling very Jack-Jack-like when we took the pictures and just sat there and stared at us. He hasn't been feeling 100% so that's probably why he was exuding a lack of energy he entire photo shoot. 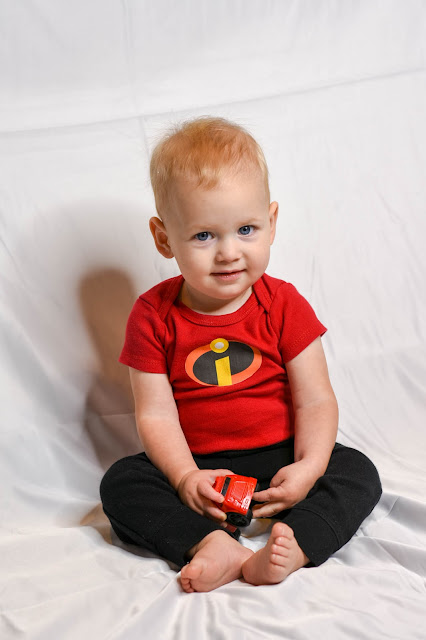 Since we had him (or rather, since we had the rest of the kids confined to the basement), I decided we should probably take a picture of him in the little Santa suit my friend Melissa gave us last year. It was so huge on him last year; this year it fit him rather nicely. 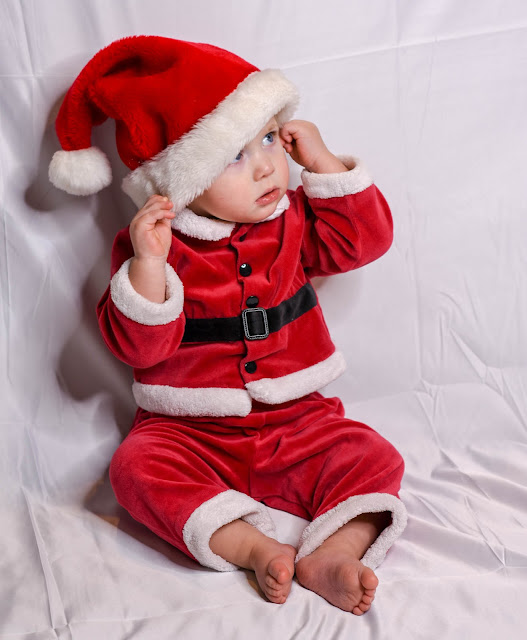 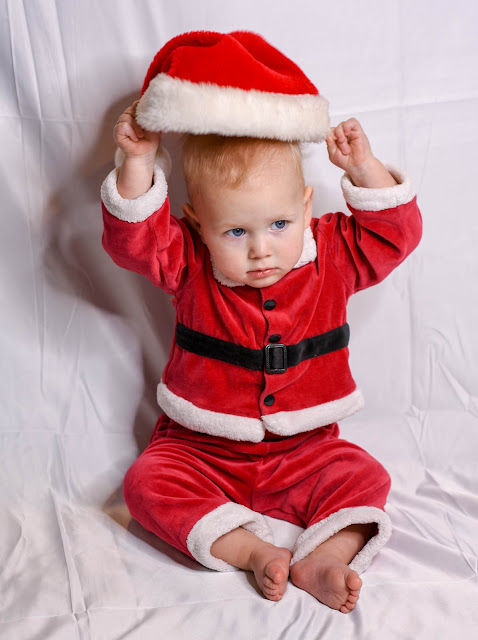 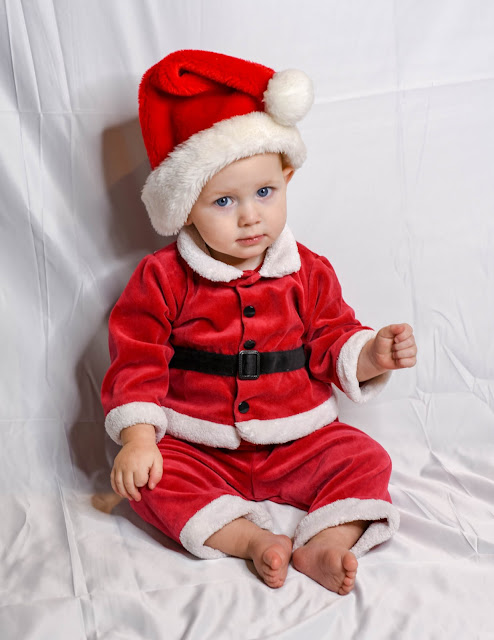 And here he is with his stocking, which I finished (aside from putting his name on it) with a handful of days to spare! 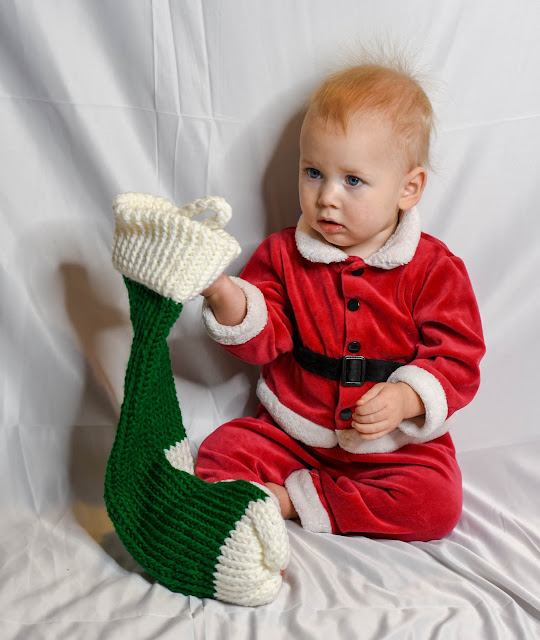 Next up was the little penguin outfit I had planned on putting him in for Halloween (but instead he wore the adorable elephant costume Grandma got for him). I didn't mind him not wearing it but I still wanted to get a picture of him in it, simply because the more babies you have pictures of in the same costume, the better, right? Sadly, Rachel missed out on it because I made the costume for Miriam, and Zoë missed out because I couldn't locate the hat and the shirt at the same time (we lived in NC and didn't need the hat when I got the shirt out and then by the time I found the hat in the winter stuff I'd already put away the Halloween stuff and Zoë was such a terrible sleeper that dragging out the Halloween stuff again just to take a picture felt like an overwhelming amount of work).

Anyway, here's Alexander as a penguin. He refused to stand for any pictures (he often will stand when it's his idea but if I suggest it...no way) and he clearly has a thing about hats (he doesn't like them). 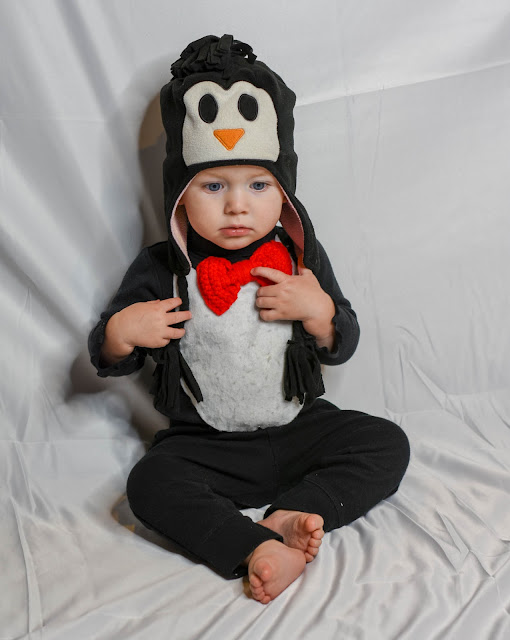 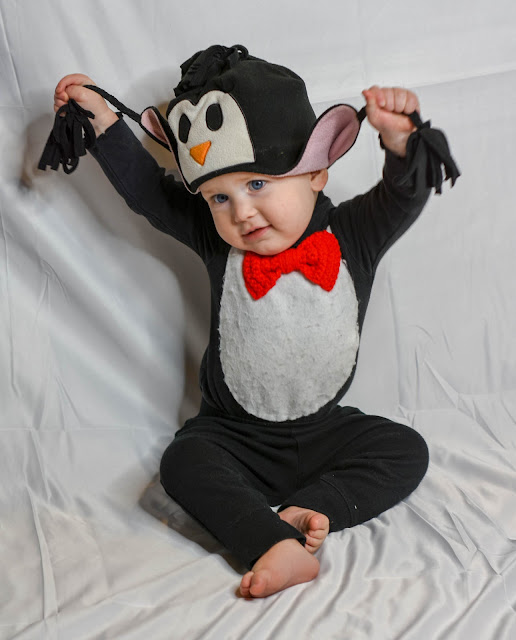 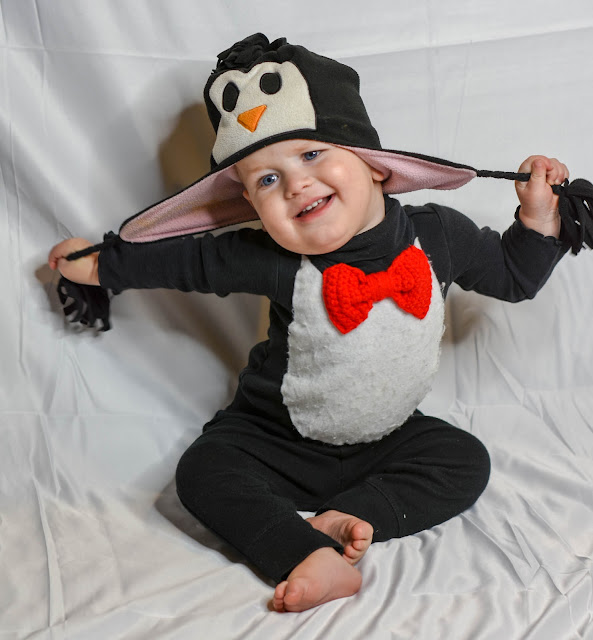 So we gave him some cars to keep his hands busy... 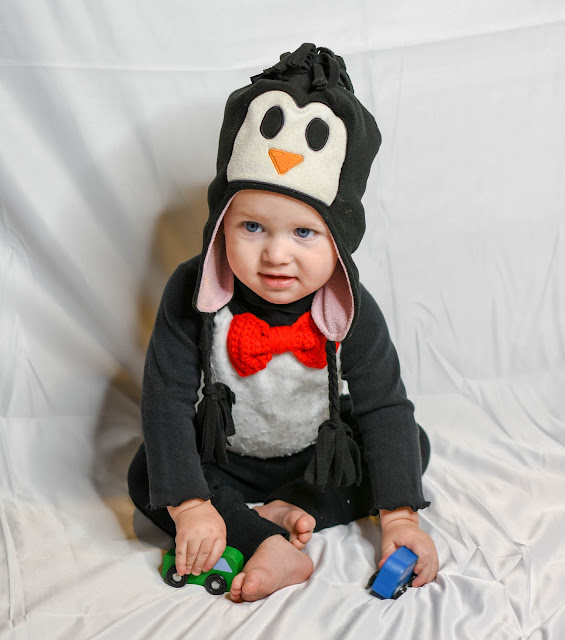 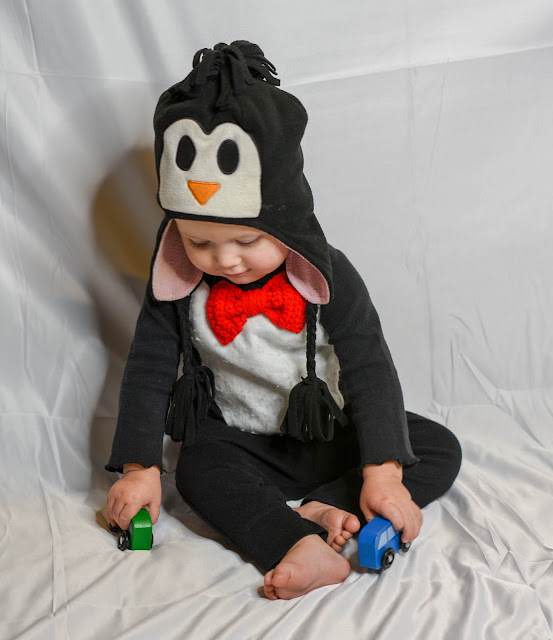