Today is my dad's birthday as well as the day Alexander turns 14 months old! 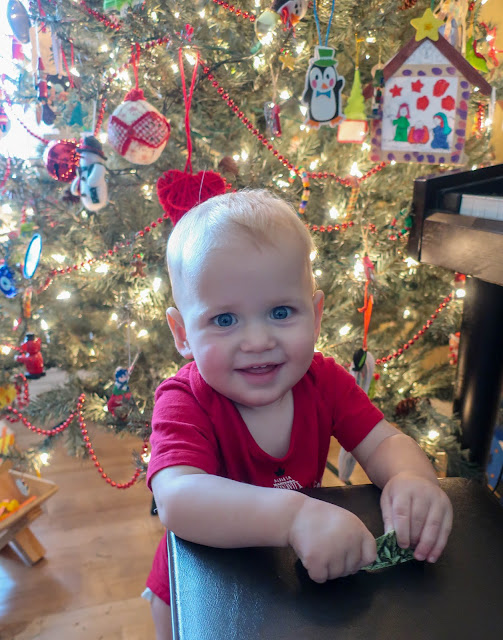 He's a sweet boy but I'm a little nervous for nursery next year. I know we have four more months to prepare him but he is so particular about who he will go to. I simply don't picture him entering that room willingly (ever). He has surprised me a few times lately about how far he'll crawl away from me, however. For example, at the ward Christmas party a few weeks ago he crawled right out of the gym and into the hallway! He was happily exploring without worrying about his mom-radius (which is very rare for him because he likes to keep a close eye on me).
Posted by Nancy at 11:58 PM