This evening was Rachel's first orchestra concert. She's really been enjoying orchestra this past semester, was thrilled at the challenge of learning a new clef, and even willingly practices!

Here she is before her concert with most of her school's orchestra. Her teacher works with more than one elementary school and this was a combined concert. Rachel was a little nervous to play with an entire orchestra she'd never played with before, but they all did just fine.


Here she is begging me to go away... 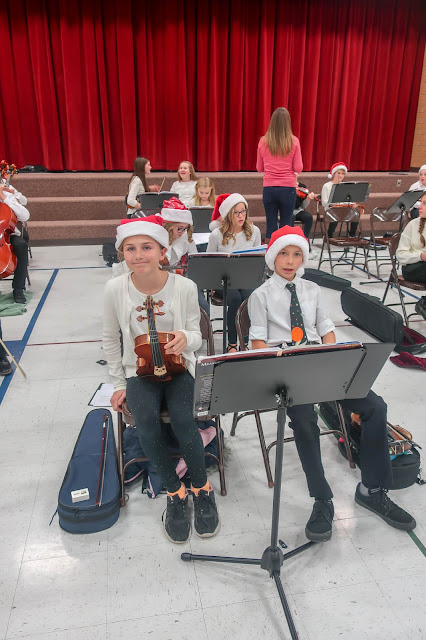 The first few songs were "fiddle" songs so the cellos and violas just...tapped their instruments. I think that was a little unfortunate because Rachel had worked hard on learning those songs (I know because I listened to her practice) and then she didn't end up playing them at all. I suppose not every song can have every instrument playing all the time...but three songs right in a row of just tapping was a little weird (sure, the violins were playing, but still).

By the time Rachel actually got around to playing my children, who had instructions to just sit tight for the concert (because it was a short concert—only twenty minutes or so), decided to start acting up all at once. Alexander wouldn't let me sit down (and then started crying so I had to take him into the hallway). Benjamin was standing on his chair (and then had to go to the bathroom). Zoë was climbing all over things and when she nearly tipped over her chair, Josie and I caught her from falling and I told her to settle down and she got really angry.

After I took fussy Alexander into the hallway, Benjamin followed me out there to use the bathroom (but I guilted him into waiting until the end of the short concert) because we were there to support Rachel so someone should probably be sitting in the audience to listen to her play!

And then Zoë came out, but I told her she could either go back in and sit down or she could stand in the corner because I wasn't about to let her run around in the hallway. She got mad about that and started screaming so I dragged her away from the gym to the front of the school where (hopefully) no one could hear her. 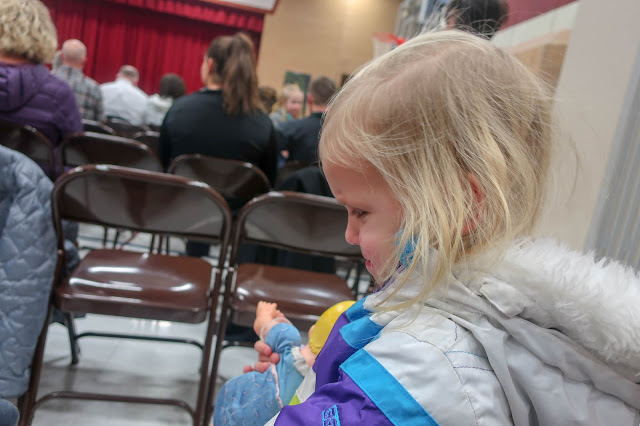 Basically, a fun time was had by all.

Here's some of Ode to Joy:

And here's some of their exhibition piece (they played it once for real and then played it again while parents went up to take pictures and things):

And here's Rachel with her friend Tayah (who is learning the cello): 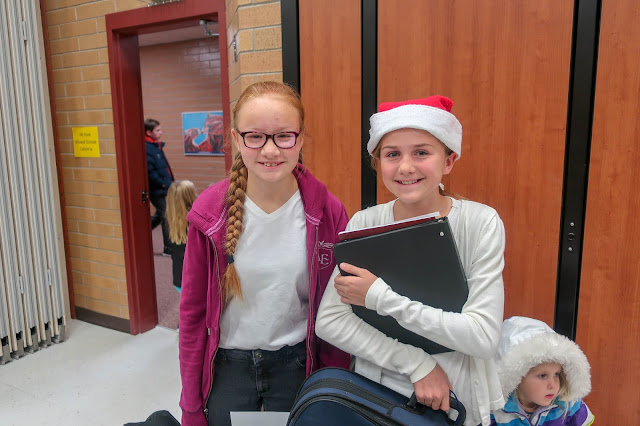 Though Rachel played fabulously, it was not my finest hour as a mother.

"Why can't you just behave for twenty minutes?!" I fumed to the kids on the way home. "Why do you insist on turning any sort of fun outing into a nightmare?!"

I know they're just kids, but, sheesh. I get so tired of them running around like hooligans and screaming at me for doing perfectly nice things for them (like getting them dressed and feeding them food and stopping them from falling off their chair and smashing their little cute little faces into the gym floor). Just stop screaming.

And while we're at it...stop. touching. your. brother.

I know y'all think he's a doll or something but he's an actual-factual person and you can't be yanking on him all the time because it bugs him.

And then he screams.

And then I ask you to leave him alone and no matter how gently or kindly I correct your behaviour you crumple to the floor in a heap and start...screaming.

But we'll get through these terrible threes, right?

Yesterday Rachel went to a BYU basketball game with Tayah's family and I fell asleep on the couch while I was nursing Alexander and waiting for Rachel to get home (all the way at 9:30) and suddenly my mother's wisdom rang true in my ears. "Never," she said, "Have a baby and a teenager at the same time!" Which, I don't, thankfully. But last night really made me see the wisdom of those words.

Anyway, it was a good concert from what I heard of it and I'm proud of Rachel (even though I was dragging a screaming three-year-old through in the hall most of the time).
Posted by Nancy at 1:02 AM